Pokemon GO update: next event before Thanksgiving plus forecast

The next Pokemon GO event will be taking place starting this weekend and running until the 23rd of November. This allows the span of the event to command the time in the week before Thanksgiving begins, then ends the day before that holiday begins. This pre-holiday event takes place in three areas in Japan – but for those of you that don’t live on that side of the sea, there’s also some good news.

This Japan event begins and ends just before the United States’ next big holiday, Thanksgiving, which takes place on the 24th of November. As such, our anonymous tip about the next big Pokemon Event stands. We previously reported that the Pokemon GO Thanksgiving Event would likely take place Thanksgiving week. We have no reason to think that this estimation should change due to the Japan event happening now.

In the areas known as Iwate Prefecture, Miyagi Prefecture, and Fukushima Prefecture, the Pokemon Lapras is now appearing in bulk. Spawn rates of this Pokemon have been increased substantially, and will stay boosted until the 23rd of this month. These areas were affected most by the 2011 Tsunami and their local economy continues to struggle. 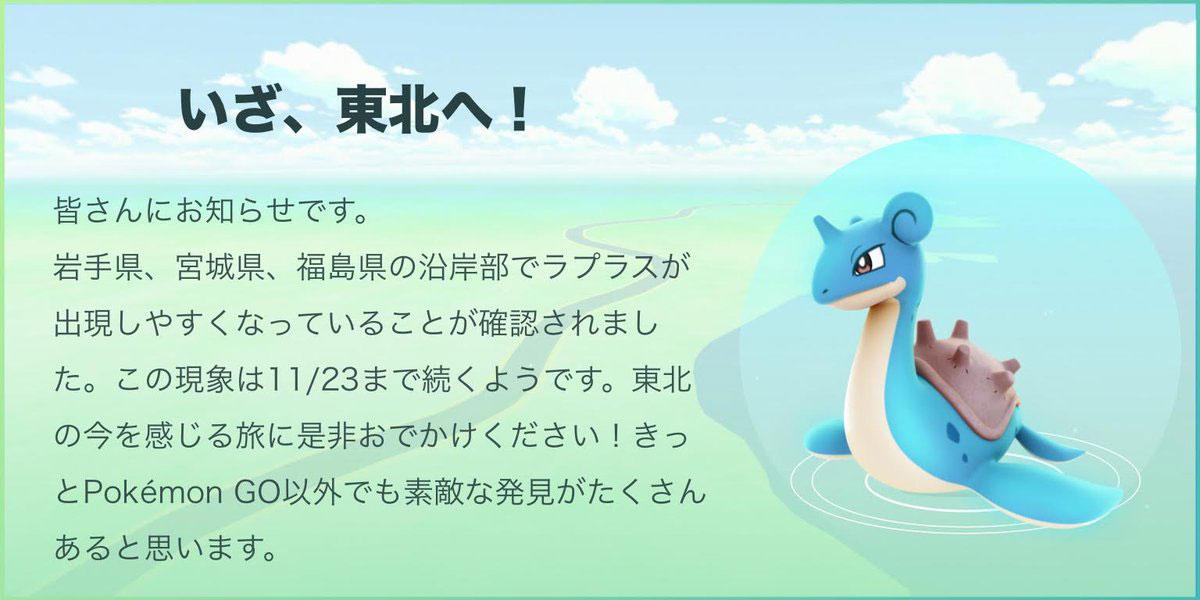 It would seem that Niantic is making a push to affect positive change in the area by bringing masses of visitors. According to the (translated) message the company left on Twitter: “Please by all means go out on a journey to feel the northeast of now!” We only hope that an event like this doesn’t result in the same chaos as found in other parts of the world. 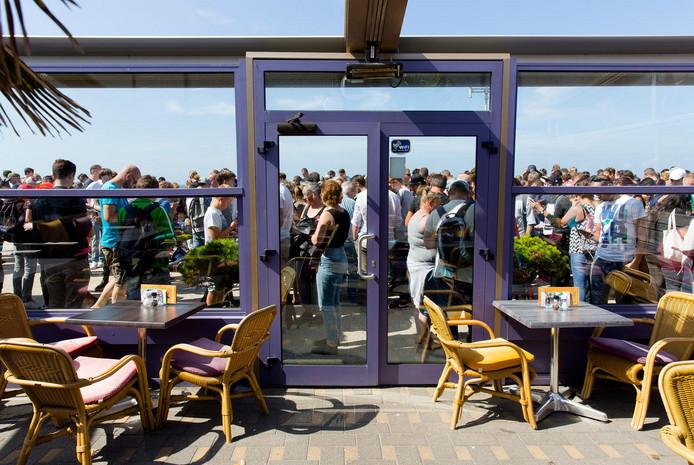 Take South Holland for example. There, Pokemon GO has created such a mess that the local government has demanded Niantic remove Pokemon spawn points from the beaches and protected areas. Niantic is being brought to court for the matter, as it were.

Why this is good news for our readers: Even though the event does not take place in the United States, it tips off and/or confirms future events. Ending the day before Thanksgiving tips the Thanksgiving event. Lasting a week in a specific area suggests Niantic’s ability to hold localized events for national gatherings. Think Pokemon conventions – or events surrounding gaming or comic book conventions already in the works.

In short – the fact that this Lapras Japan event exists means Niantic is not even close to stopping up event releases. They saw how well the Halloween event did, now they’ll be running full speed ahead with events from now on. That is, until the Second Generation Pokemon Release occurs – then who knows!