Pokemon GO Spoofing update: the gift and the curse

Now that the Pokemon GO Easter Event is nearly over and the closest update is probably a week away or more, it’s time to get serious. This game has needed a fix since a week or two after it started, and the time to update is now. With as much stability as Niantic has now with servers and over a year into the game’s life, it’s time to end the reign of the Spoofers. And the bots, of course, but the Spoofers first and foremost.

In the game Pokemon GO, gamers explore the real physical world while using their smartphones to track themselves in a virtual world. In that virtual world, mapped over our own with GPS coordinates, Pokemon GO provides access to Pokemon – Pocket Monsters – tiny creatures that can be captured and used to battle. As it is with all popular games, not long after this game was introduced, its inner workings were analyzed and exploited. 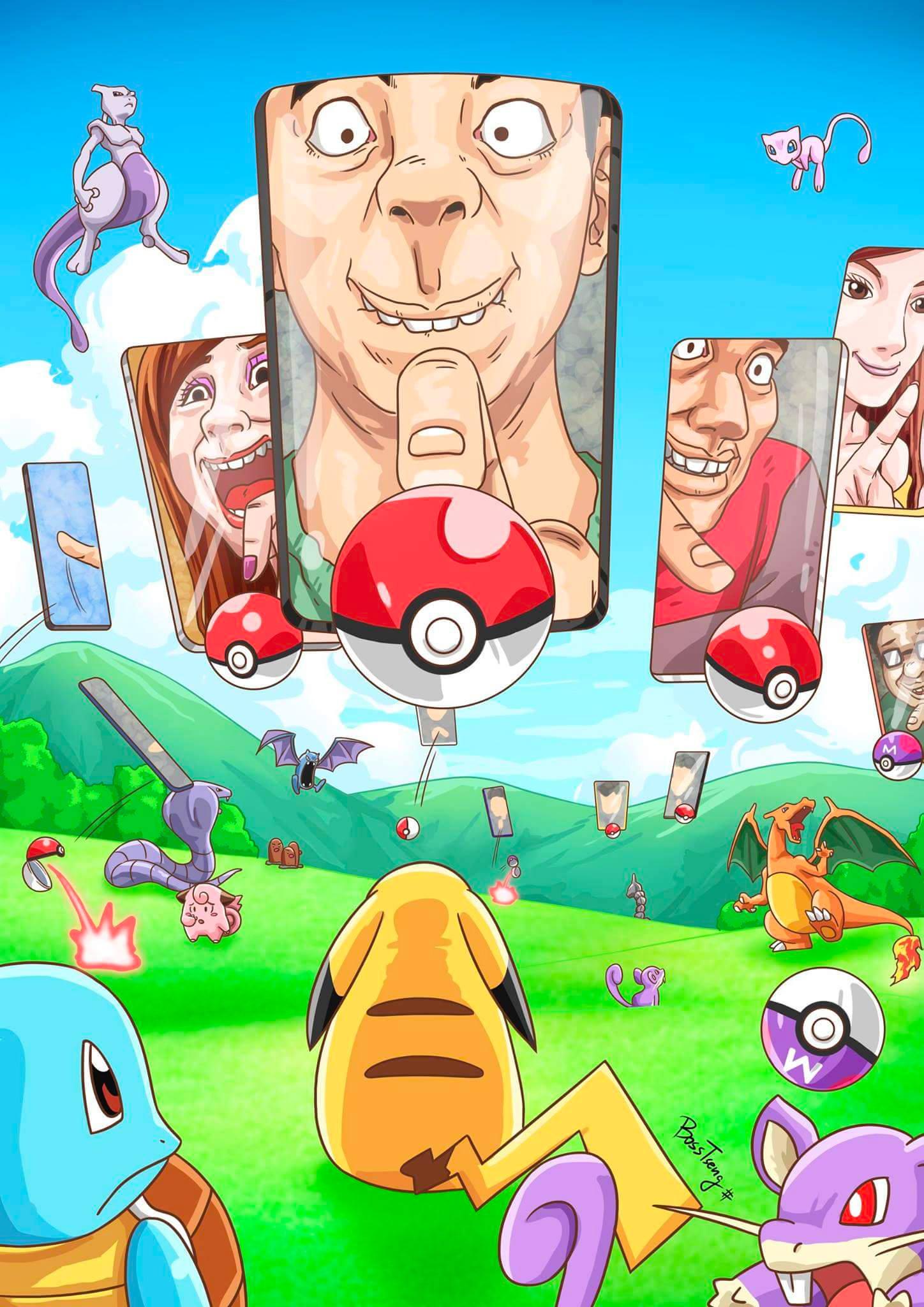 Illustration above by Kuan-Fu Tseng, AKA Boss Tseng. The Boss is a prolific artist that makes digital illustrations of lots of pop culture icons – most often gaming-related. Find more illustrations by this talented artist on Facebook.

Here after a year and some weeks of the game being active, Niantic has acknowledged that they’re making a renewed effort to block the cheaters. The Tweet you see below is being interpreted not only as a response to requests to ban GPS Spoofers by the community, but as a warning to those that spoof regularly. 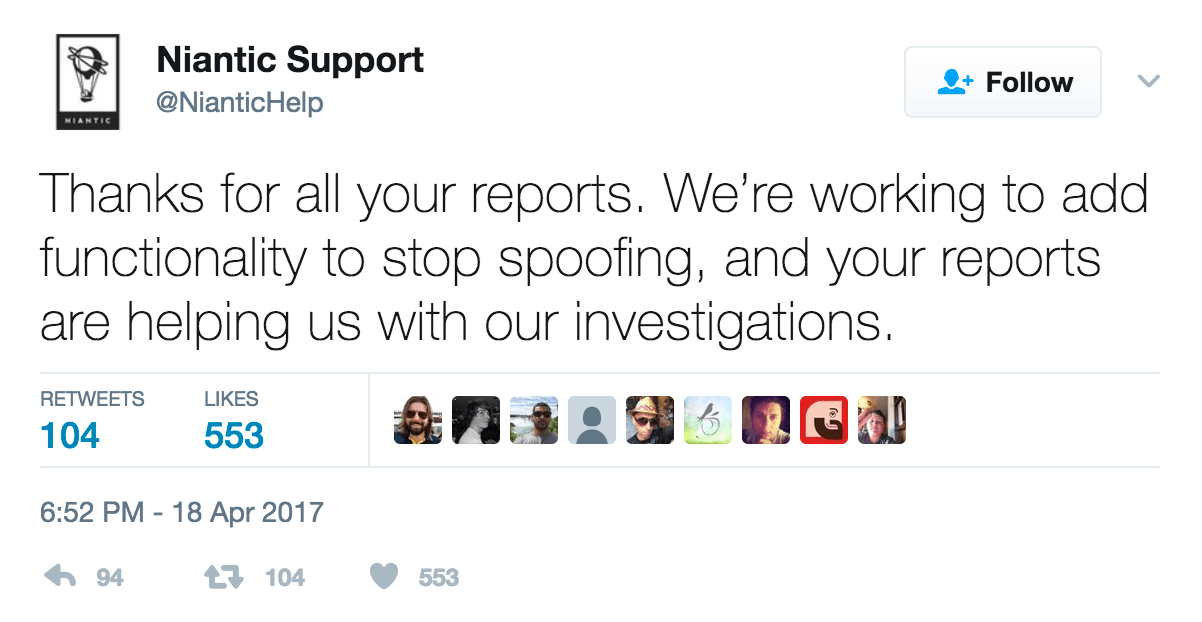 On the positive side of this situation are people like Wild Joker, also known as “The Dude” of Pokemon GO. Have you seen him in the game? He’s the most legit Pokemon GO trainer of all time.

On the vigilante side of this situation is The Joker Gang – not to be confused with Wild Joker. This Joker Gang is a loosely affiliated (and most of the time not affiliated at all) group of Pokemon GO trainers bent on making the game fun for everyone by busting up long-held Pokemon Gyms and targeting obvious cheaters for ousting.

The latest “Ban Wave”, as they call it, hit the Pokemon GO Spoofing community hard just this past week. Reddit communities dedicated to spoofing, botting, or otherwise playing outside of Niantic’s Players Agreement exploded with requests for new methods for faking one’s own GPS location. The old methods suddenly stopped working – those that’d stopped walking around in the real world months before were forced off of their rear ends to walk around in the sunlight.

Some people want to use these apps and hacks because the closest PokeStop is hundreds of miles away from their place of residence. And so – the war will rage on. Niantic’s created a new monster with this GPS-based world of augmented reality games. They’re forging new paths, and in the process finding challenges they might never have dreamed of – like lawsuits filed by people who live in mortal fear of Pokemon Trainers.

See our Virtual Trespassing Lawsuits feature to avoid getting caught up in this mess. Those of you with children – until Niantic fixes the cheating problem entirely, there’s still a ton of Pokemon to go catching. That, the cheaters can never take away from you.

For you, there’s also our 5x Pokemon GO kid-friendly art-drop projects to work on. Spoiler alert – the best one is painting a bunch of rocks to look like Pokemon. Take them all out to distribute PokeRocks around at PokeStops and Pokemon Gyms in the real world to reward those players who are entirely legit – we’ll be looking for em!