Pokemon GO Halloween is here again, marking the 1-year anniversary of the very first event in the Niantic-made game. The next Pokemon event starts at midnight tonight, so today we’re getting busy with preparations for the launch. While in the past we might have started playing right as the bell tolled, this event is set to last an extra-long amount of time – over a week!

The event happening starting tonight is the spookiest of events in the game. As such, we’re about to get a wild amount of Ghost and Dark-type Pokemon. As we predicted back in September, all of your favorite Gen 1 and Gen 2 Dark and Ghost Pokemon will be coming out to play. 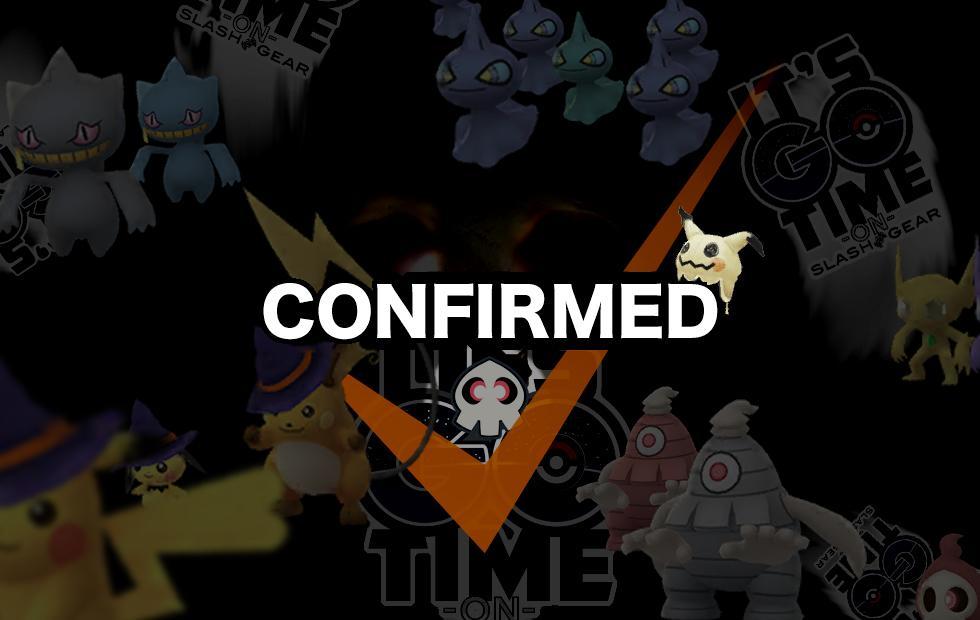 In addition, Niantic decided to tack on a few surprises. Also in the mix is a set of Gen 3 Pokemon appearing for the first time ever. The Pokemon in the mix from Gen 3 are also either Ghost or Dark types, and all of their SHINY editions have been added to the game at the same time as their standard models.

Be wary of too much HYPE though – shiny versions in the code don’t always mean shiny versions in the game. We’ve been able to rely on some patterns in Niantic’s release scheduling and code updating in the past – but some things have changed over the past year. Events are no longer a standard set amount of days, for example – they’re dependent on the day of the week their attached real-world event happens, and they’re extended as long or as short as Niantic deems necessary.

• Halloween event: October 20th Midnight (tonight) to November 2nd 1:00 PM PDT
• Gen 3 Ghost type and Dark type Pokemon will appear all event long (and into the future)
• New Pokemon will be common during the event, but will move to their standard rarity one the event ends – and their assigned biomes, too.
• Witch Hat Pikachu will appear for a short time
• Mimikyu’s Disguise Hat will be available for trainers
• Double Candy for Pokemon capture, egg hatching, transfers, Buddy Walking
• Special Boxes appear in in-game store with Raid Pass and Super Incubator

Don’t get too spoiled, now! You’re going to want to see which Pokemon are coming first especially if you want to prep which older Pokemon you’ll have to transfer out to make space. But, BUT, know this: none of the Pokemon in this event are especially powerful – unless you count Gengar. Nows a good a time as any to collect all the Gastly you can to make that top-level glass cannon monster.

Head over to our Pokemon GO Halloween Details article to learn more about which Pokemon are coming where and why. And check out that super cute Pikachu!