Smartphone users around the world know what Pokemon GO is and what it’s capable of doing to their free time. With the release of Pokemon GO Fest and the events that surround it, Niantic’s proven that a full year of active gameplay is not just a fluke. This game is not just popular because it’s part of the Pokemon brand. Instead, it’s a headliner in the new age of the mobile smart device experience.

Niantic had some mishaps at the Chicago event – it wasn’t unlike a micro version of what happened when the game first launched. Down-time was so frequent in the first few weeks of the game’s initial launch that Twitter accounts and dot-com domains popped up with the sole purpose of informing the public that the game was, indeed, truly down. In response for similar, localized problems at Pokemon GO Fest, Niantic promised refunds.

While it wasn’t ideal for people on the ground in Chicago, it once again showed how massive this game’s impact was and remains today. Players weren’t only trying to play the game in the park – they were surrounding the park, and undoubtedly using any methods necessary to get their in-game trainer into the park.

And it still didn’t matter that the event “was not the day we had all envisioned,” as Niantic marketing head Mike Quigley said. It was’t about the $20 ticket price, and it wasn’t about $100 in Pokecoins given to every attendee of the event as a gesture of good will. It was these people: 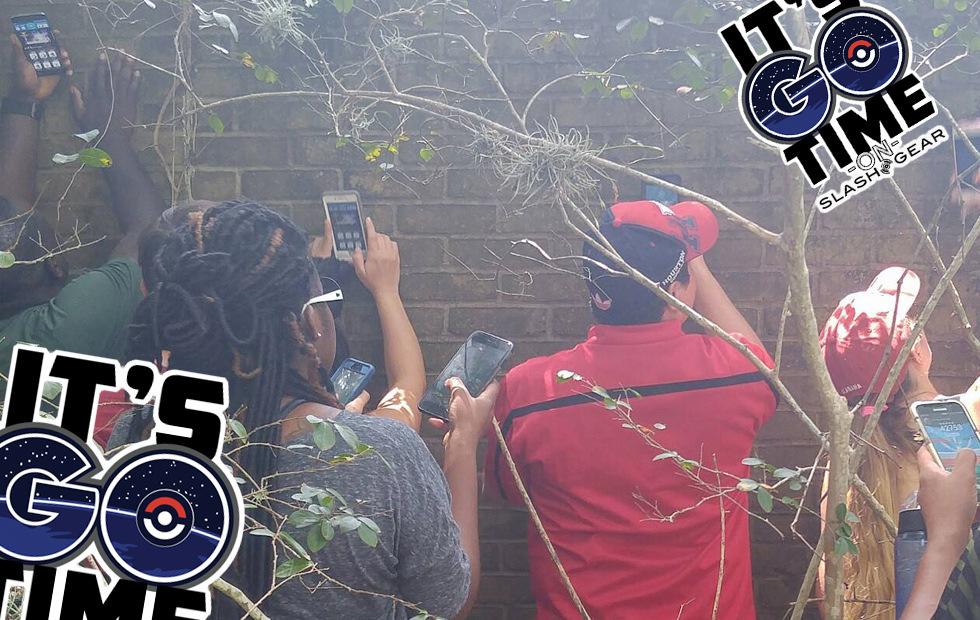 They appeared at the Houston Zoo – trying to get in on a raid battle with the Legendary bird Pokemon Lugia. The Pokemon Gym lie on the other side of this 10-foot wall.

The people playing all around the world today – appearing in parks and at Pokemon Gym locations throughout cities both large and small – they’re proving Niantic right. They’re making way for the next generation in mobile gameplay. It’s not one made with great game mechanics, nor the best graphics, nor even the best way for the developer to earn a profit.

Software that demands that the user play the game every day – and makes them believe that they’re being compensated justly for doing so. Look next to the AR universe – just one tiny element in this so-called Pokemon GO AR Game’s nexus of features. Augmented Reality will be the next pressure point, bringing the massive amount of work done on VR to the real world, out of the closed-off headsets and into our fully interactive lives. 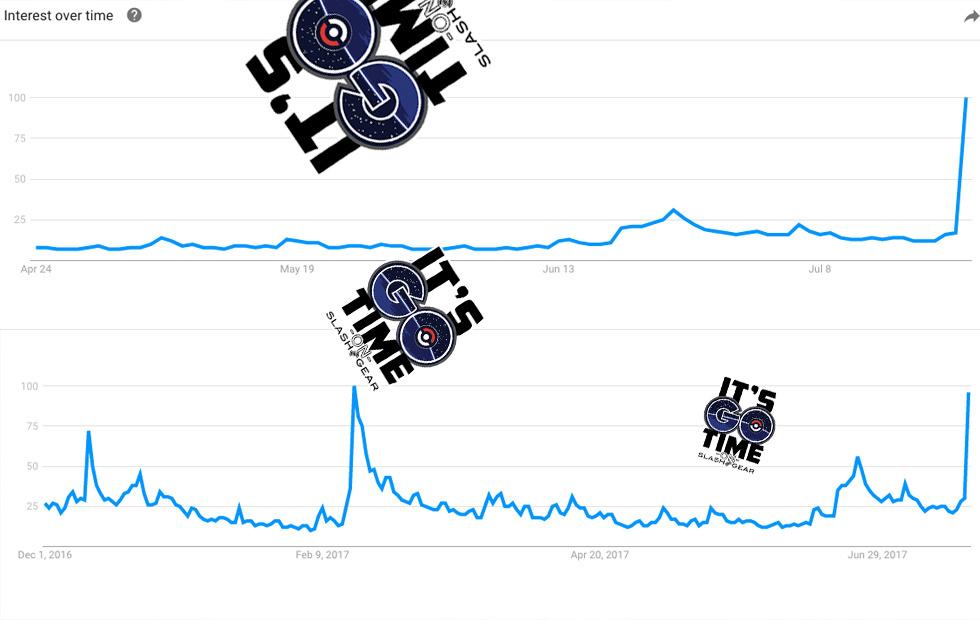 Above you’ll see a chart that comes from Google Trends. This chart tracks the search term “Pokemon GO” as searched on Google over any given period of time. Pokemon GO’s search-based popularity skyrocketed over the weekend, up to a point it’s not been since the launch of Gen 2 Pokemon earlier this year. We’re not back at the place the game was when it launched – it’s possible the game won’t ever be that mega-popular again. But it’s not going away any time soon, of that we can be sure.

Have a peek at SlashGear’s @TeamPokemonGO Twitter portal for more information on this game, its contents, early leaks of information, tips, and memes of many kinds. Don’t be surprised to find a few gifs, videos, images, and lots of laughs and merriment as well. Also news – more Pokemon GO News than you’ll ever need.