This week the folks at Sony have let it be known that the game PlayStation All-Stars Battle Royale, possible the biggest title for the console this year, will be popping up on October 23rd in the USA. This news also provides the dates for the majority of Europe, that being October 24th, and inside the UK, that being October 26th. This game is set to feature a litany of battle-ready characters from PlayStation-centric franchise games and will be Sony’s great answer to the classic bash-festival that is Nintendo’s Super Smash Bros., also set for a new version later this year.

This game will be popping up for not only the PlayStation 3, but for PS Vita [see our full review of the PS Vita here] as well, and will be able to be played over the web and from the PS Vita as a controller for the PS3 too! Sony is going all-out to support this game for the future of what’s undoubtedly going to be a franchise – or so they hope, of course. 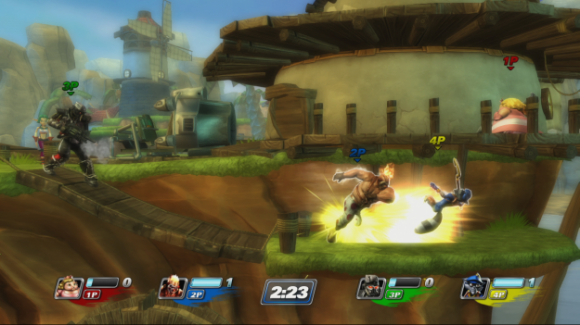 You’ll be able to play as such odd characters as UNCHARTED’s Nathan Drake, BioShock’s Big Daddy, or Twisted Metal’s own killer clown character Sweet Tooth! Have a peek at a trailer for the game here:

And be sure to stick around for more PlayStation news coming later today from EVO – don’t wanna miss it, right here on SlashGear!