This week Sony unveiled the essence of the PlayStation 4 with glimpses of both the controller you’ll be using and the new Eye camera that’ll come with it, skipping the part where you actually see the final hardware. But we know the specifications of the actual PlayStation 4 console unit, and we know how we’re going to use it – so what’s the big deal? The big deal is Sony’s complete dismissal of the modern eyes-on presentation that the public expects here in 2013 – without something I can literally hold in my hands, the PlayStation 4 may as well be vaporware.

There are two rather polarized angles being tossed about this week as the Sony show (or no-show) of the PlayStation 4 was let loose. One side says it’s terrible that Sony made a 2+ hour presentation for the PlayStation 4 without actually showing the hardware, relying instead on the controller and a variety of promises from software developers to do all the talking. The other side says awesome! We know the PlayStation 4 is coming now, and we’ve got confirmation from some of the biggest-name developers that they’re on board, so we’re happy!

Here’s what we’ve actually got: a few details about the hardware, info about the PlayStation 4 Eye camera system and the Dualshock 4 controller included. We’ve got a collection of software titles and a few very brief demonstrations of what will be possible on the system. We’ve got Sony’s promise that Everything Everywhere will be their aim with the PlayStation 4 universe – cloud gaming and access for all devices included.

So what else do we need? We’ve got the hype – when your favorite hardware manufacturer creates a new version of the device you love and use every day, you’ll want that new system. We’ve got developer support – just as vital here as it is with a new operating system – perhaps even more so here since this isn’t a smartphone: the PlayStation 4 is made to play games first and foremost. We’ve got a Sony promise that this system will be their next hero system. 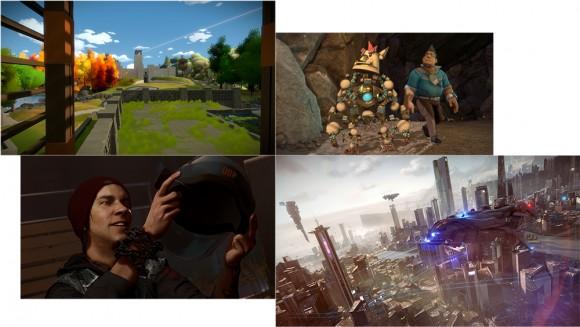 Do we really need to see the actual console? The piece of hardware that you’ll end up putting under your television, away from your eye and hidden anyway? This isn’t a smartphone, it’s not a tablet. It’s not a fashion accessory like those mobile devices end up quite often being. This is a video game console – and we don’t need to see it to want it!