Philips’ hue range of wireless lights has come a long way from its ZigBee beginnings, but it’s the new BR30 downlight bulbs that the Dutch company expects to really crack the US market. Still packing the same multi-colored, Android and iOS controlled convenience for the DIY smart home, these latest hue bulbs now fit into the recessed and spot-track fittings common in American homes. They’re on sale today, but SlashGear has been testing them out over the past few weeks; read on for our full review.

Once upon a time, remote controlled lighting demanded professional installation and no small amount of investment; hue’s magic was turning each bulb into a smart node on a mesh network, and bringing the whole thing down to a price point – and installation level – for the mass market. The original hue bulbs are A19 screw-fit, and were followed up by the self-adhesive LightStrips and Bloom lamp, making the BR30 bulbs the fourth release in the range. 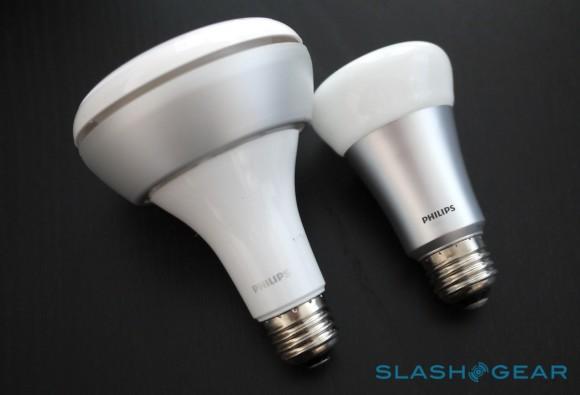 If you’ve changed a regular incandescent BR30 from a recessed light fitting or track light, you’ll be familiar with the shape. Larger than the A19, and more flared, the trumpet-style BR30 is also more focused, pushing light predominantly out of the front of the bulb rather than spreading it more universally as the A19 would.

Philips offers a BR30 kit, which for $199 comes with three bulbs, a hue hub, power supply, and ethernet cable; individual BR30 bulbs are $59, and if you’ve already got an original A19 kit – which will remain on sale alongside the new models – you can simply add in extra bulbs to the same hub. Up to fifty can be supported at any one time, with multiple installs of the iOS and Android apps that turn your phone or tablet into a color-mixing remote.

Assuming you’ve got the starter kit, setup is straightforward. The hue hub plugs into a spare ethernet port on your router, along with its power supply, and after a few minutes the three blue LEDs light up to indicate all is well. Download the hue app from either the iOS App Store or the Android Play store, and then press the button on the hub to pair it with the software. 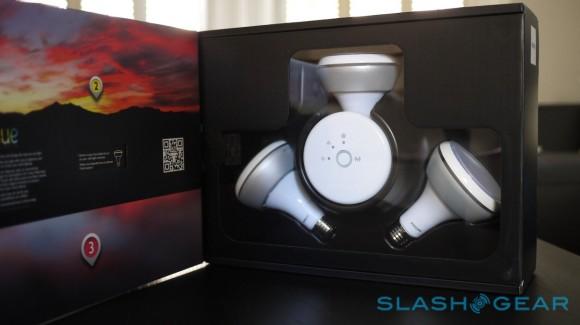 Each bulb is individually named in the app, though you can rename them if you wish, as well as group them together into different sets (such as all the lights in your kitchen). The apps also support color scenes, with each bulb (or group of bulbs) getting a color picker that can be dragged around an image. New images can be imported into the app, or photos taken with the device’s camera. Optional is setting up remote access, so that while you’re away from home you can use your smartphone – or log into the hue interface in any browser – and remotely trigger scenes.

Philips rates the BR30 bulbs at 630 lumens, up 30 compared to the original A19 model. Constant improvements in the LED technology inside – built by Philips Lumileds, a division of the company – mean the bulbs can be brighter despite using fewer LEDs, so Philips told us; however, the way in which BR30 bulbs project light compared to A19s is also different. 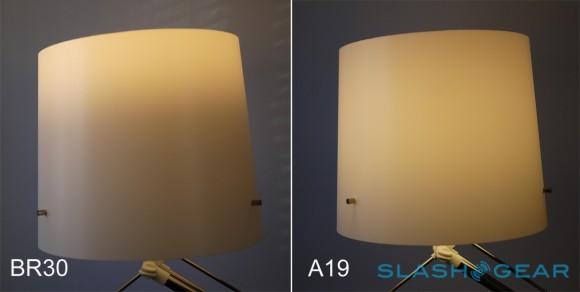 In the image above, the different projection patterns of the two can be seen clearly. The BR30 on the right pushes its light forward – sensible, given it’s intended to be buried in a recessed fitting – while the A19 has a more all-encompassing projection pattern.

Beyond that, the end result is much the same: a huge range of colors to choose between. The BR30 looks to our eyes to be the brightest of all the hue bulbs we’ve seen so far, and a three pack is certainly capable of filling a room with light, whether colorful or just plain white. Best of all, they integrate seamlessly into an existing hue system: it took just a couple of minutes to add them to our pre-existing hub, and then slot them into color scenes we’d already established. 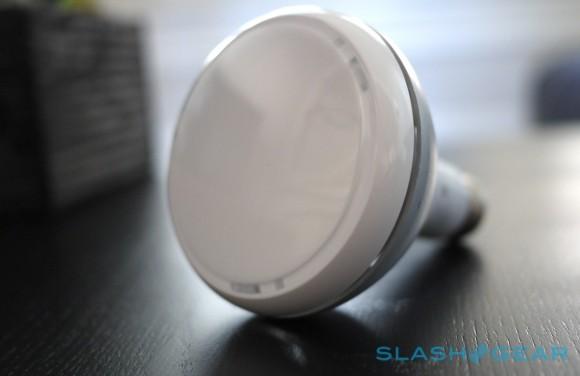 If we’ve a complaint, it’s that the hue apps can sometimes become disconnected from the hub, failing to re-connect automatically when you load them. It’s usually fixed by restarting the app and tapping the pairing button on the hub itself, but that can be an annoyance when you’re headed out the door and don’t want to have to dig around by the router before you can go. Actual occurrences are rare, however, though we noticed it more frequently on the Android app than the iOS version.

It’s been a little short of a year since we first reviewed hue, describing the lighting system as undoubtedly interesting but still needing to prove itself with products and third-party support. In the twelve months since, Philips has both expanded the bulb line-up and thrown open the doors to external app developers, releasing an SDK for hue that allows coders to hook the lights into their apps and use light and color as a discrete tool for feedback. 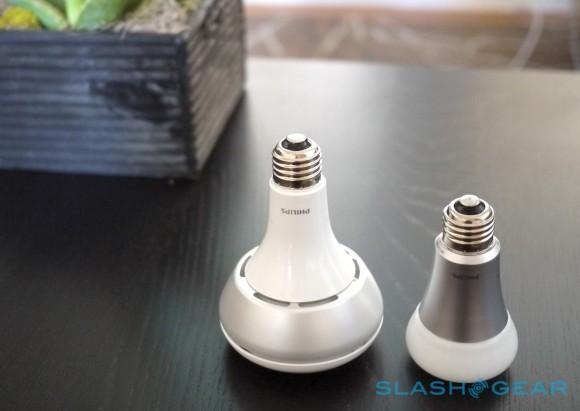 We won’t go so far as to describe hue as a household necessity, but at the same time it’s worth considering just how much of an impact flexible lighting can have on your productivity, your mood, and your downtime. Being able to effectively change the color scheme of your home in a joy, especially if you can do it without opening a tin of paint, and while the addition of BR30 bulbs still doesn’t leave a hue for every light fitting, it’s a no-brainer for helping make the US smart home market a brighter, more flexible place.