Ouya‘s quest for survival might be close to an end, for better or for worse. The once darling of the Android gaming and Kickstarter communities has, for months, been rumored to be looking for potential partners, investors, or, when all else fails, buyers. Although it has been successful to some extent, the story was far from over. Now that chapter might soon be ending, with sources familiar to the matter claiming that gaming device and accessory maker Razer are in talks on how to buy Ouya out of its predicament.

With Android TV and Steam Machines making headlines recently, you’d think that the idea of a living room gaming system that was not an Xbox or a PlayStation or a Wii is as old as the industry itself. But three years ago when Ouya launched its Kickstarter, it was a novel and daring mission, a David to the console Goliaths. It struck a chord in the hearts, and wallets, of many, making Ouya one of the most high-profile successful Kickstarter campaigns.

The little console that could was, however, beset with problems, one of which was a delayed launch. Even when it finally rolled out, many supporters found themselves disappointed at the execution. Ouya would later also be mired in controversy over its attempts to entice game developers into its platform. And yet Ouya persisted, offering gamers an experience that, until recently, no other could, at least in the gaming market. 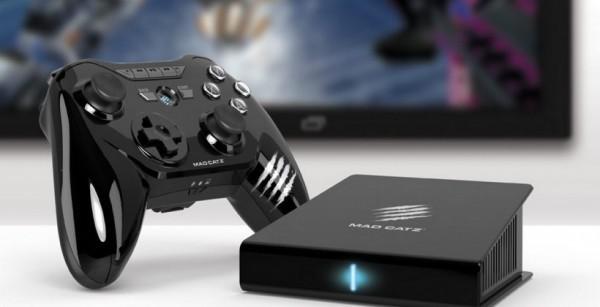 Fast forward early 2014, and there were already whispers of the startup being in financial distress. Ouya redefined itself not as a hardware company but as a platform, opening the doors to partner with device makers. That would nab it partnerships with Mad Catz and Xiaomi, putting Ouya, the platform, into their respective consoles or smart TVs. Apparently, that wasn’t enough. Early this year, Alibaba injected fresh blood into Ouya in the form of a $10 million dollar investment. But again, not enough. Now Ouya and Razer are apparently discussing, not an investment, but an outright acquisition. Details are, of course, slim at this very early stage, but Ouya might be allowed to keep its own brand, but to what extent, no one knows.

Perhaps the biggest question for now is what Ouya could still bring to the gaming table. It has some exclusive deals with game developers, many of which could just move over once contracts expire. Ouya is definitely not the only game in town anymore and the arrival of Android TV makes Ouya’s advantage almost moot. Even Razer itself has an Android TV device, which makes this rumored deal both puzzling and interesting.