Open-source games console start-up OUYA has begun shipping out its first batch of developer hardware, with eager recipients told to expect their new toys before January 10. The first shipping notifications began to hit inboxes today, according to the official OUYA forums, with sample dev kits consisting of the console itself and two controllers.

OUYA was one of the most high-profile Kickstarter successes of 2012, closing its public funding round with more than $8.5m in backing. Consumer units aren’t expected until March or April 2013, but developer kits were promised to begin shipping before 2012 was through, to give coders an opportunity to get their Android apps up to speed ahead of the official launch.

In fact, OUYA is slightly ahead of schedule, having initially said the first batch would go out tomorrow. The SDK is also expected to be released on Friday, allowing even those without a dev console to begin creating games and other software. 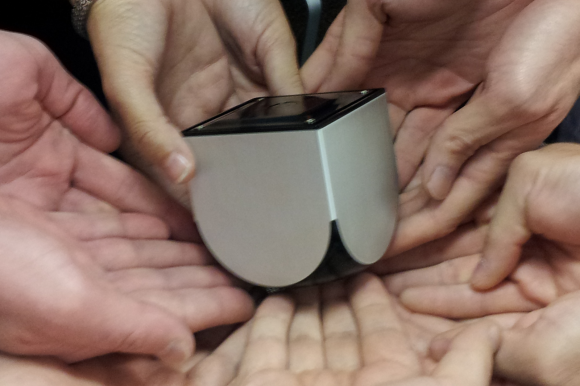 Adoption of OUYA hasn’t been slow from existing game studios. The company announced a further ten titles earlier this month, and has previously muttered about ongoing talks with Namco Bandai. Even before the Kickstarter finished, OUYA had announced it would feature Final Fantasy III as well as non-gaming titles.

Developers will begin receiving their consoles anytime from December 31 to January 10.