V12 engines are rare enough these days, never mind V12 engines claiming to be the “greatest” ever made, but nothing about the Gordon Murray Automotive T.50 supercar ever promised to be mundane. Announced last year, the high-end road car from the father of the McLaren F1 hasn’t stinted when it comes to aerodynamics or unusual engineering – now we know the V12 engine is no different.

While the 3.9-liter displacement certainly isn’t the biggest out there in a supercar, the fact that Murray is using twelve cylinders does make the T.50 fairly unusual. Just as in more everyday vehicles, turbocharging has made inroads into exotics, where the lure of a smaller overall engine but with no compromise on power is strong. 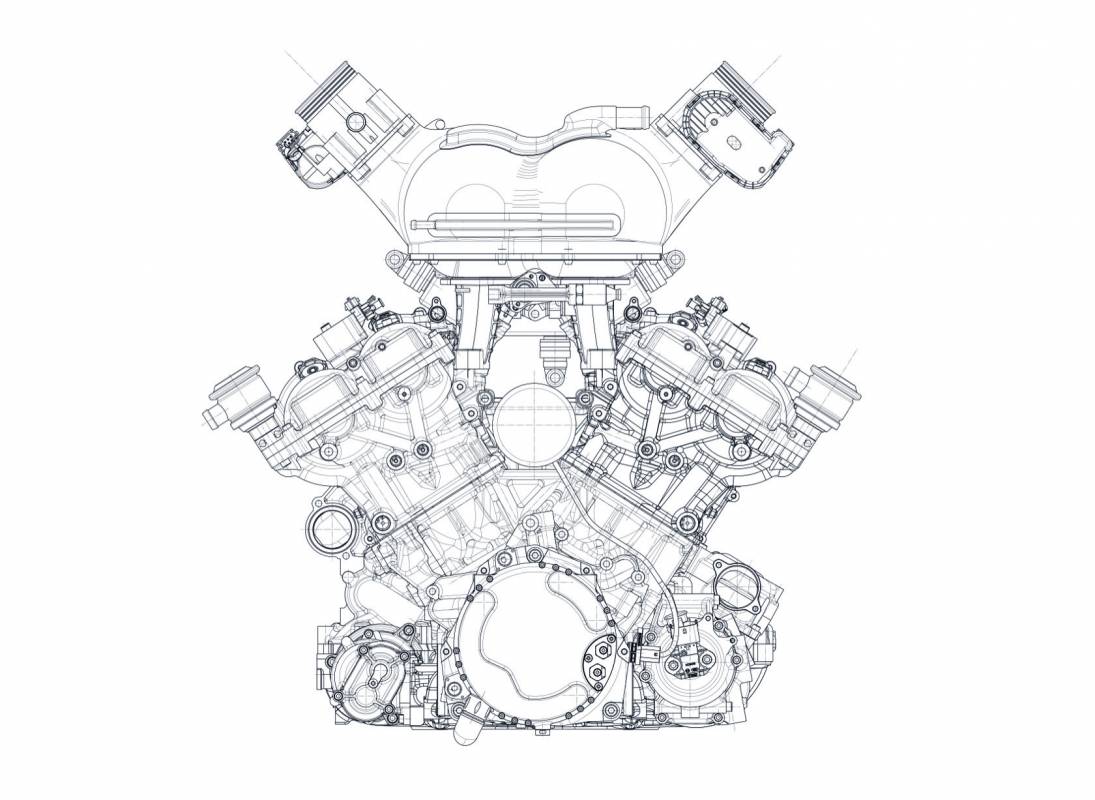 The T.50 bucks that trend. Naturally-aspirated, the Cosworth-made engine for the coupe will be the highest-revving, most power-dense, and lightest of its type ever, the automaker claims. Entirely bespoke for Murray, it shares no parts with any other car, and will be presented under a “viewing gallery” with dual gullwing openings. These pivot up from the central spine of the car, to reveal the V12 with no plastic cladding or covers.

However there’s been a focus on making sure the T.50 offers as much usable power as possible even at lower engine speeds. 71-percent of the torque, for example, will arrive from 2,500 rpm. 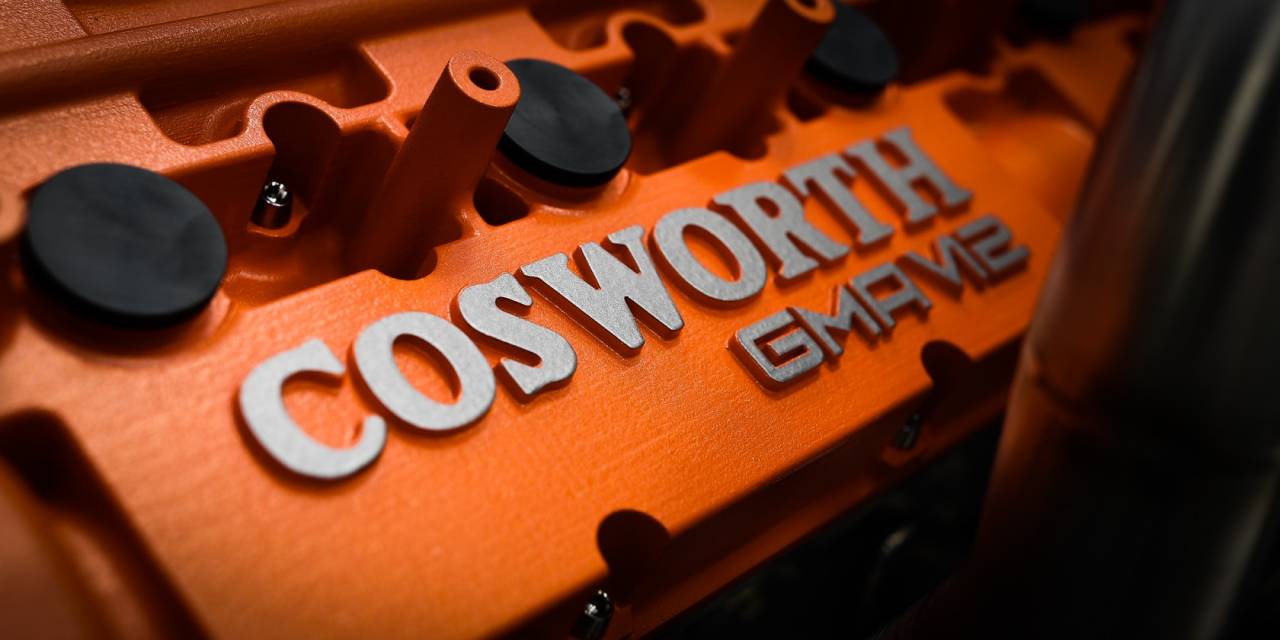 GMA is even using tech more familiar from jets than road cars. The most extreme aerodynamic mode is Vmax Mode, where ram air induction is relied upon to boost performance, along with about 49 hp more contributed by the 48v integrated starter-generator. Rather than an automatic transmission, though, the T.50 uses a six-speed manual “H-pattern” short-throw gearbox.

Also bespoke, the Xtrac-made transmission tips the scales at under 178 pounds. It’s also designed to be short and narrow, so as to avoid interfering with the car’s aero; Xtrac used a cast aluminum housing just 2.4mm thick. The first five ratios are close together, for maximum acceleration, while the sixth is higher for cruising.

The other downside to turbocharging – and a contributing factor to why the T.50 doesn’t use it – is the soundtrack. “You can never get a great sound from a turbocharged engine,” Murray himself says, and though he might not find total agreement there, since the supercar is his baby it’s his rules by which the engineers obeyed. 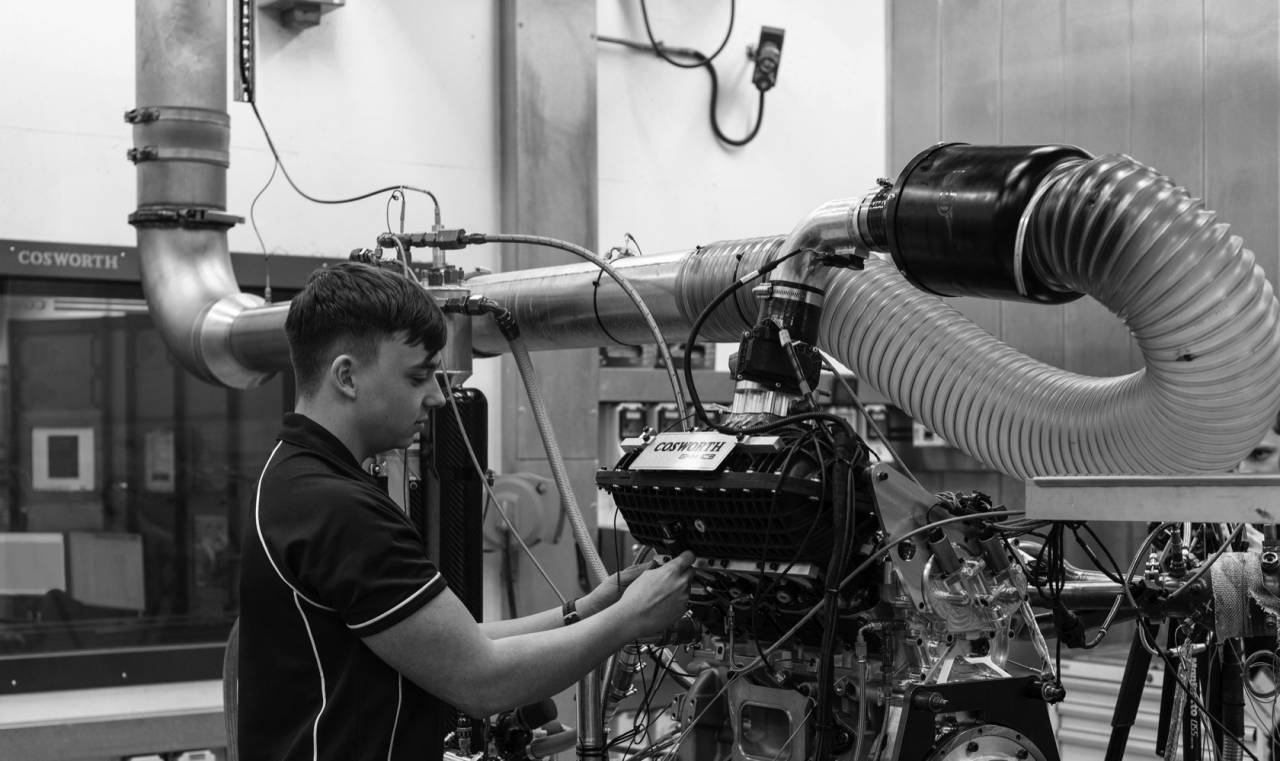 The high redline is one element of the audio, but there’s also a Direct Path Induction Sound system which helps bring some of the general V12 noise into the cabin. Right above the driver’s head, meanwhile, is the cold-air ram induction intake, and that helps amplify the sound – using the carbon fiber roof as a loudspeaker – the more you tread on the gas.

In total, the engine weighs just 392 pounds. However performance, sound, and aesthetics aren’t the only demands the T.50 place on it: with the gearbox, it’s also a semi-structural component. The suspension wishbones are connected to the gearbox casing, with lateral, fore, and aft movement of the engine limited with rubber-mounted trapezoidal links and snubber bushings.

Overall, this is an F1-inspired engine that is shaping up to live up to that billing. GMA says the T.50 will make its full debut on August 4, though potential owners haven’t been waiting around for that. Only 100 will be made – each costing more than £2 million ($2.6 million) – from 2022, and every one has already been sold.