OnePlus Watch is a bit of a latecomer to the party but it did eventually arrive. The smartwatch is entering a very competitive space where users demand good hardware with the assurance of a seamless software experience. Of course, accuracy of all the fancy health and fitness tracking is a must, if a smartwatch has to resonate with the users.

The Android smartwatch market is filled with numerous options, and the Xiaomi Mi Watch Lite (sandwiched between Mi Band 6 and Mi Watch) wants to undercut the competition with its feature and price ratio. On the other hand, OnePlus is venturing for the first time into the smartwatch ecosystem. So, which one of these two smartwatches is the one to go for? 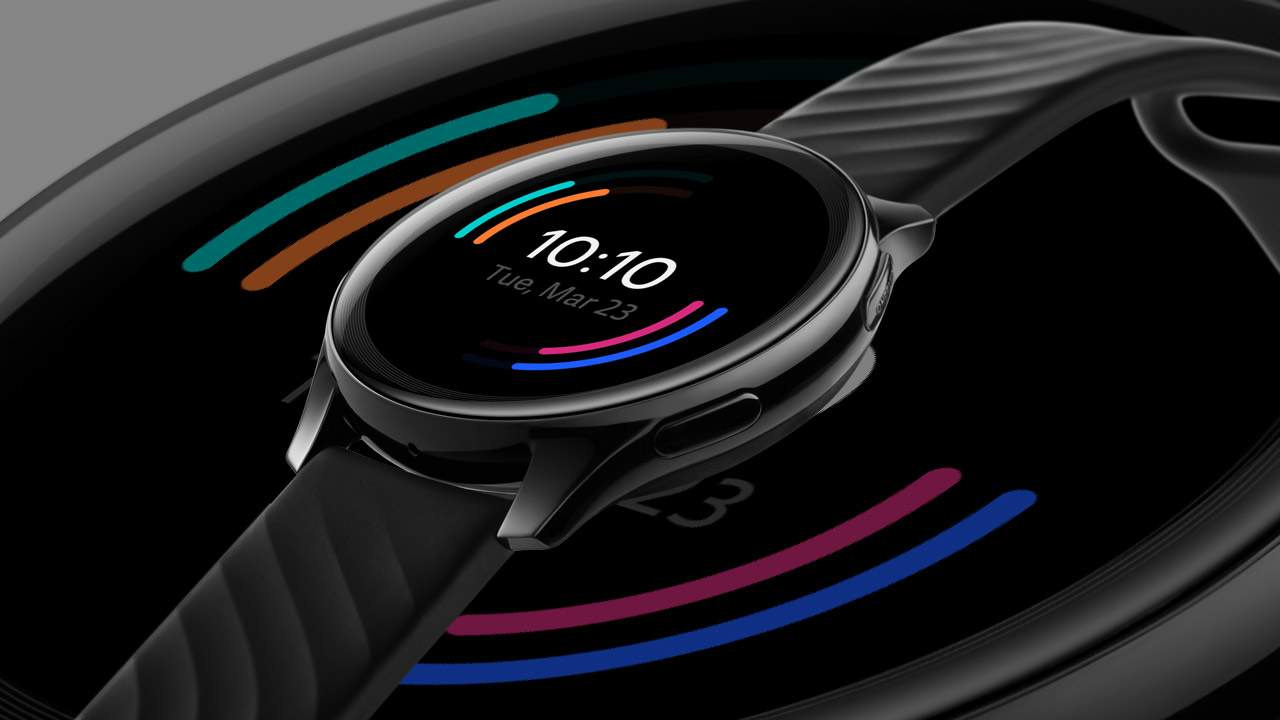 The OnePlus Watch has a bigger (46mm) dial than you would settle for at first, but putting it on the wrist doesn’t feel too awkward. However, it is not highly recommended for small handed people. The weight balance of the watch is good, and surprisingly has a close resemblance to Galaxy Watch Active line. The body is constructed from polished stainless steel – it feels good to touch and look at. There is a crisp 1.39-inch OLED display (454×454 pixels at 326 ppi) on the watch tailored for the outdoor ambient environment.

Talking of the Xiaomi Mi Watch Lite, at first glance, you could mistake it for the Apple Watch. It looks aesthetically very good on your wrist and the built quality is also nice for the price point. The watch has a 41mm case made out of plastic material, which does not look that bad.

The 1.4-inch TFT LCD (320×320 pixels at 323 ppi) display seems slightly dated compared to the AMOLED screen on most smartwatches today. The thick bezel on the edges of the display is another thing that won’t resonate with more style-conscious buyers, although the watch faces and software are tweaked to make it less obvious. It is paired to a TPU strap (in cool color options) which does feel a bit cheap but is quite soft for the wearer’s comfort. 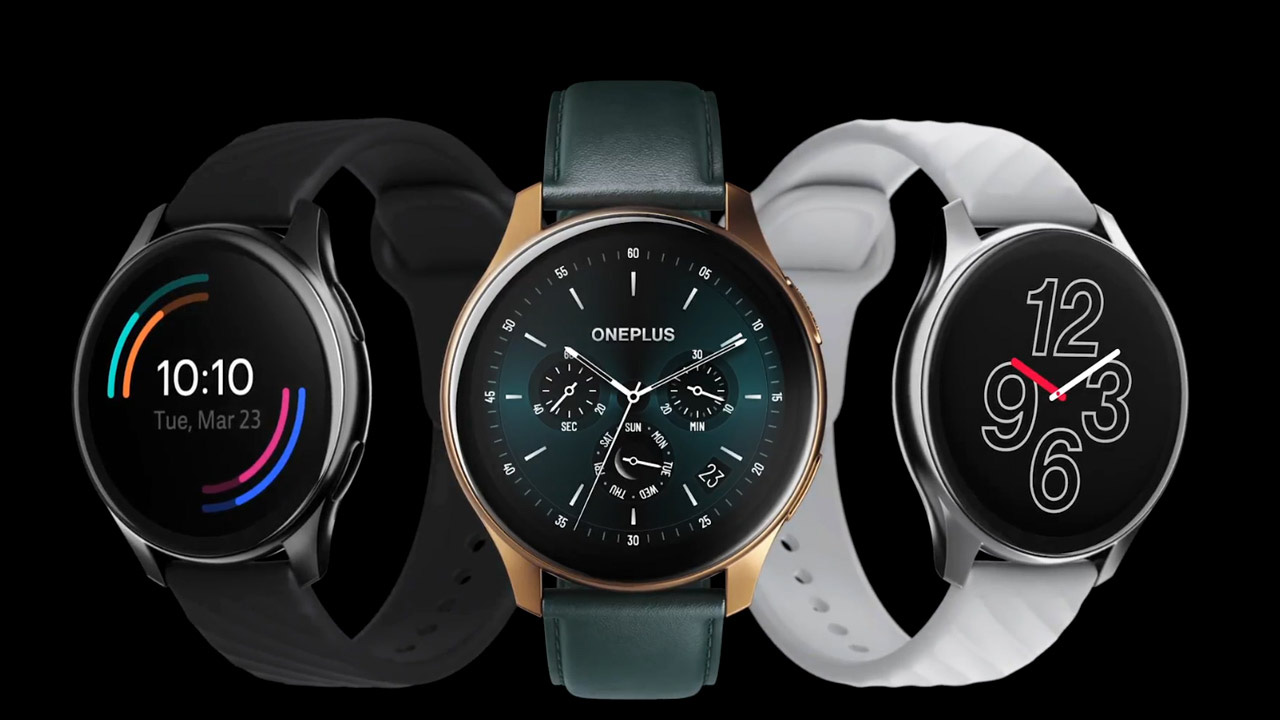 It has to be kept in mind that OnePlus is only compatible with Android devices for now; iOS compatibility is promised in the future. The watch runs on a very basic Real-Time Operating System (RTOS) that’s very responsive to its credit. Though there are not as many built-in apps as one would wish, still it does the basics right. There are just 50 watch faces to choose from with limited customizability – for widget functionality in particular. The lack of voice assistant, music streaming services, and podcast service compatibility is also something to take note of.

Xiaomi Mi Watch Lite comes with the freedom of a lot more watch faces (more than 120 at least). There are better options on this one when it comes to choosing digital or analog faces. The smartwatch comes with Amazon Alexa support, responsive music control navigation and prompt notifications support for text messages and calls. Unlike OnePlus Watch, the Mi Watch Lite misses out on deep REM sleep analyzer, SpO2 and stress monitoring. 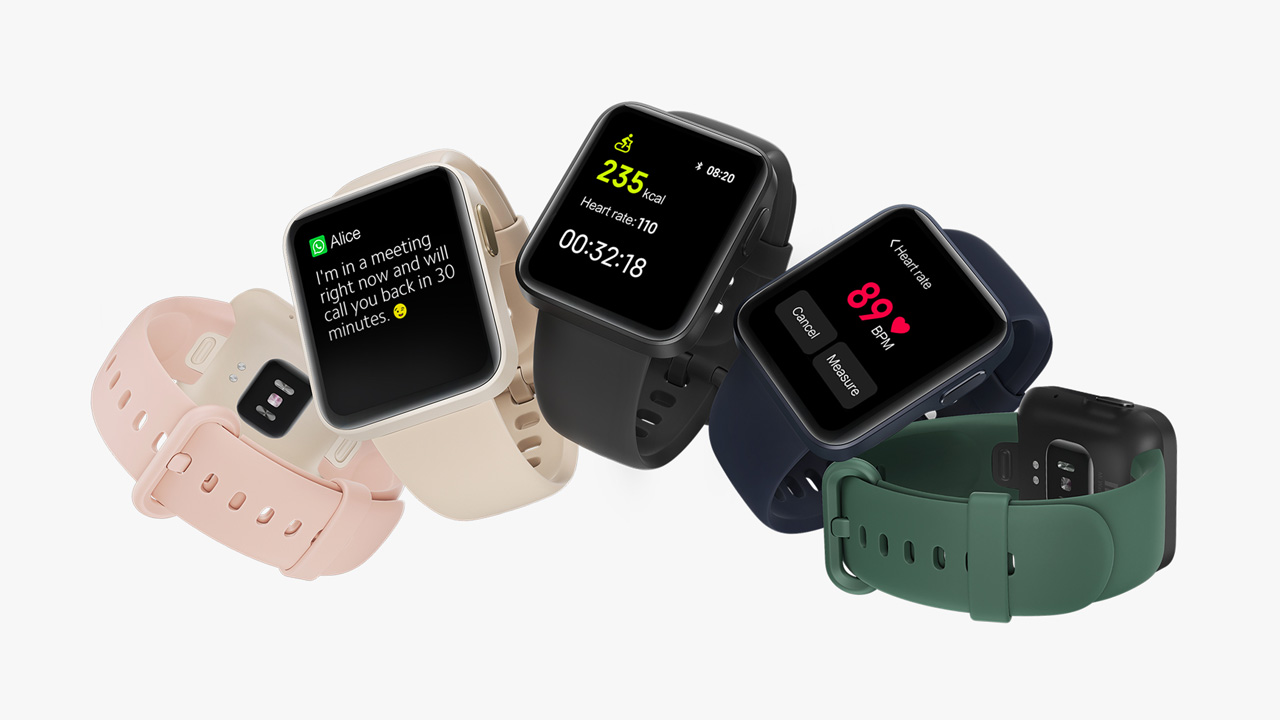 The OnePlus wearable starts to show cracks when it comes to fitness tracking and health monitoring. It at times overestimates the sleep duration and is not well suited for minute-by-minute accuracy of heart rate tracking, especially on extensive runs. Step tracking is also not that great as compared to the more accurate options like Fitbit or Garmin. So, it is wise advice to overlook the OnePlus Watch if you are dedicatedly into fitness activities and want a very accurate data representation.

Xiaomi has a lot of experience from its lineup of fitness trackers and smartwatches, which benefits the Mi Watch Lite when compared to the OnePlus Watch. It has more reliable sleep tracking, a better step counter, and accurate heart-rate monitoring. The GPS reliability is also something you can bank on with the Xiaomi smartwatch. 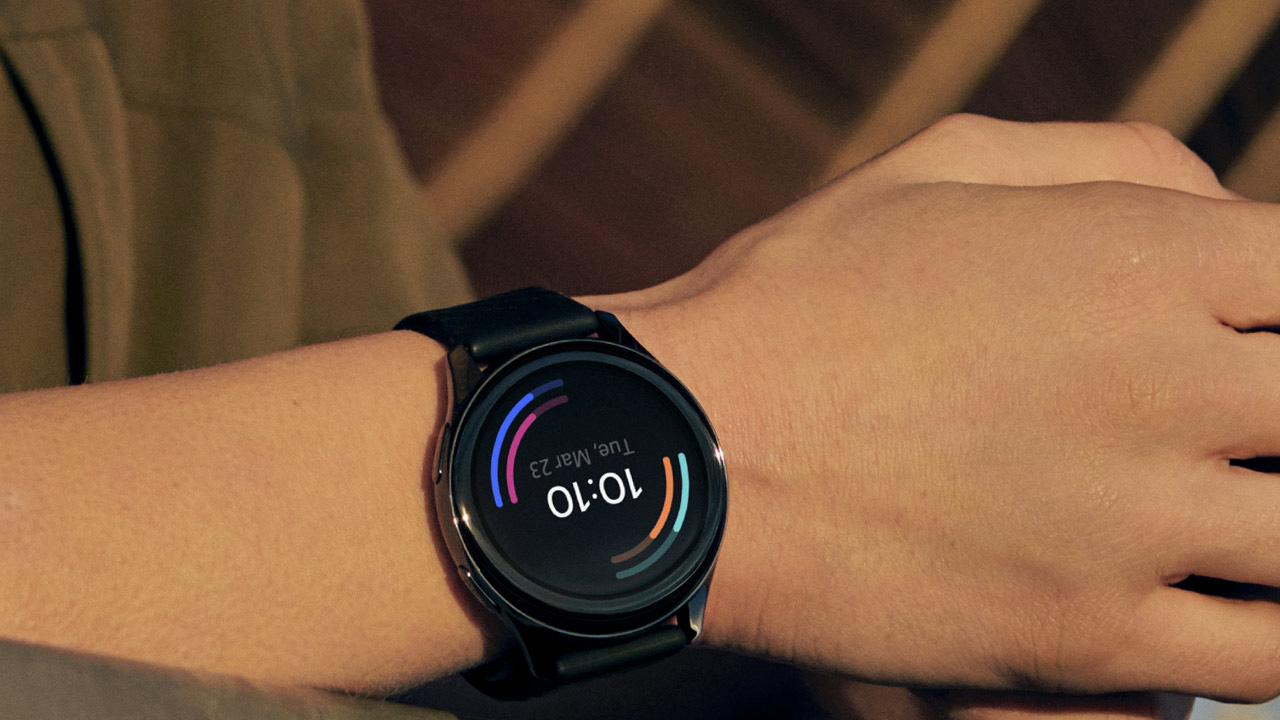 One big plus with the OnePlus Watch is its battery life which is claimed to be around 14 days. In real-world usage you should be able to extract around 10-12 days on average with intense activity tracking. The charging is also impressive; it fast charges to full in just 20 minutes flat for a week’s worth of usage.

Mi Watch Lite on the other hand has a smaller battery pack which Xiaomi claims to have around 9 days backup. That however could fluctuate a bit if you are into rigorous fitness regime or into activities that’ll use the GPS more than usual. In worst case scenario, you will get around 5-6 days of battery life, so no complaints there. 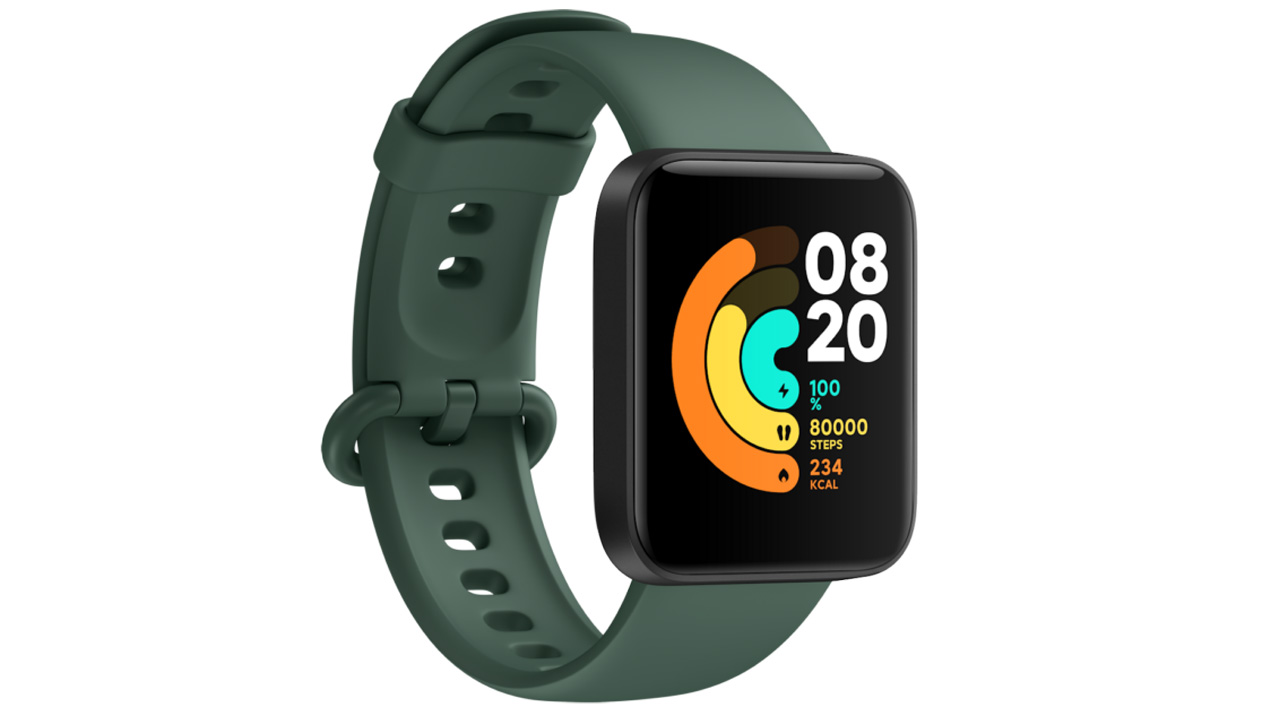 OnePlus Watch is a pretty fresh entrant in the pool – sales just went live on April 14. True to their promise of the best hardware, software experience which competes against the best – The onePlus Watch has a modest price tag of $159.

Talk of Xiaomi Mi Watch Lite and you will be surprised even further with a price of just $70 (for around $100 in the US at some retailers). Obviously, it doesn’t compete with the Apple Watch or the likes of the Galaxy Watch series, still, it is somewhere in the sweet spot for buyers who want to have a smartwatch at comparable price tag of a mid-tier fitness tracker. 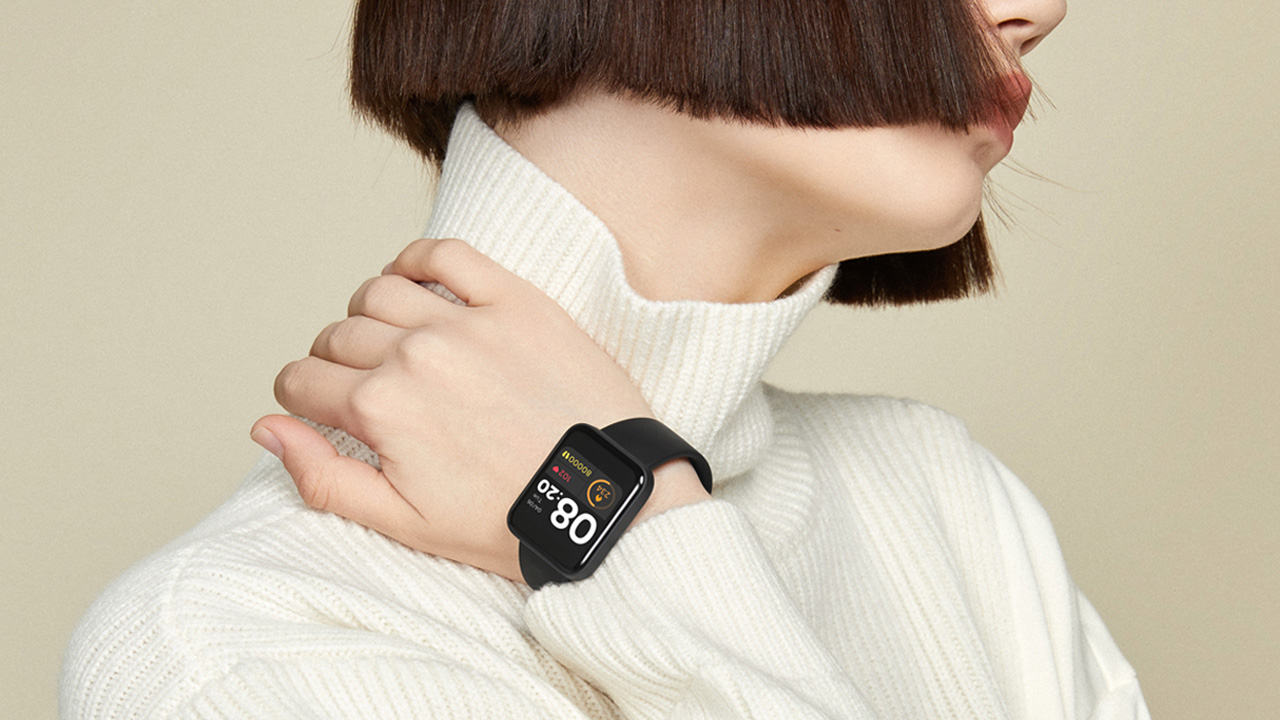 It is understandable that Mi Watch Lite comes with some hardware compromises which you’ll have to overlook. If you can live peacefully with them, a smartwatch priced this low is the one you should go for instead of buying the OnePlus Watch that for now is a novice in some aspects.

The comparison between these two wearables boils down to one thing – which one of these two would you give you less of a headache in terms of user experience? Mi Watch Lite is the best bet here since Xiaomi has proved its value for money proposition in the past. Plus they have a fair share of experience in the smartwatch arena as well.

Rather than investing the money in the OnePlus Watch, for now, you’re better off going for a more reliable alternative or even a good fitness tracker. Even though OnePlus will come with software updates to fix the occasional bugs in performance and fitness tracking, only put your money on it for now if you own OnePlus smartphone.