Today OnePlus founder and CEO Pete Lau revealed the OnePlus 9 Pro, both front and back, top and bottom, left and right. This device is expected to be revealed in full at an event set for March 23, 2021, but for now, we only know… basically everything. With a very clear view of the look of the phone, information on the camera system, and data on at least one of several colors the device will be available in at launch, what’s left to learn?

The OnePlus 9 Pro appeared in photos/renderings in a gallery posted by Pete Lau in the morning on March 15, 2021. This set of images shows the device in “Morning Mist” color – sorta like a mirror. Per Lau, “at first glance it may appear simple. But the more you look at it, the more you see its beauty is in how it reflects the world around you.” 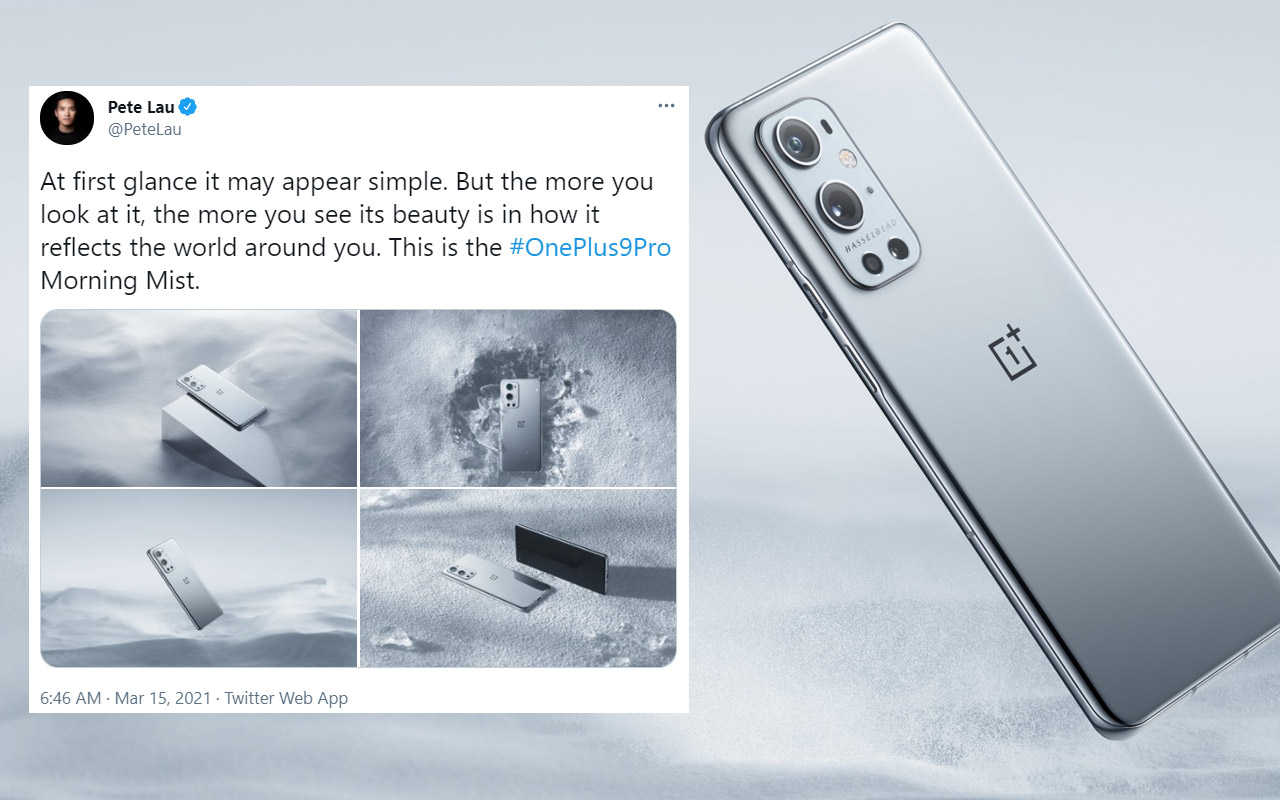 At the back of the device you’ll see the 1+ logo at the center of the phone, and a rectangular array with multiple lenses and sensors in the upper left-hand corner. This camera array was previewed in moon videos and in a sideways glance by Sony with a Sony IMX789 release.

At the bottom of the device we can see a USB-C port and a 2-part speaker system on one side, with a single microphone hole on the other. This device appears to have another speaker array on the front just above the full-coverage frontside display. There’s a single punch-hole frontside camera in the upper left-hand corner of the display. 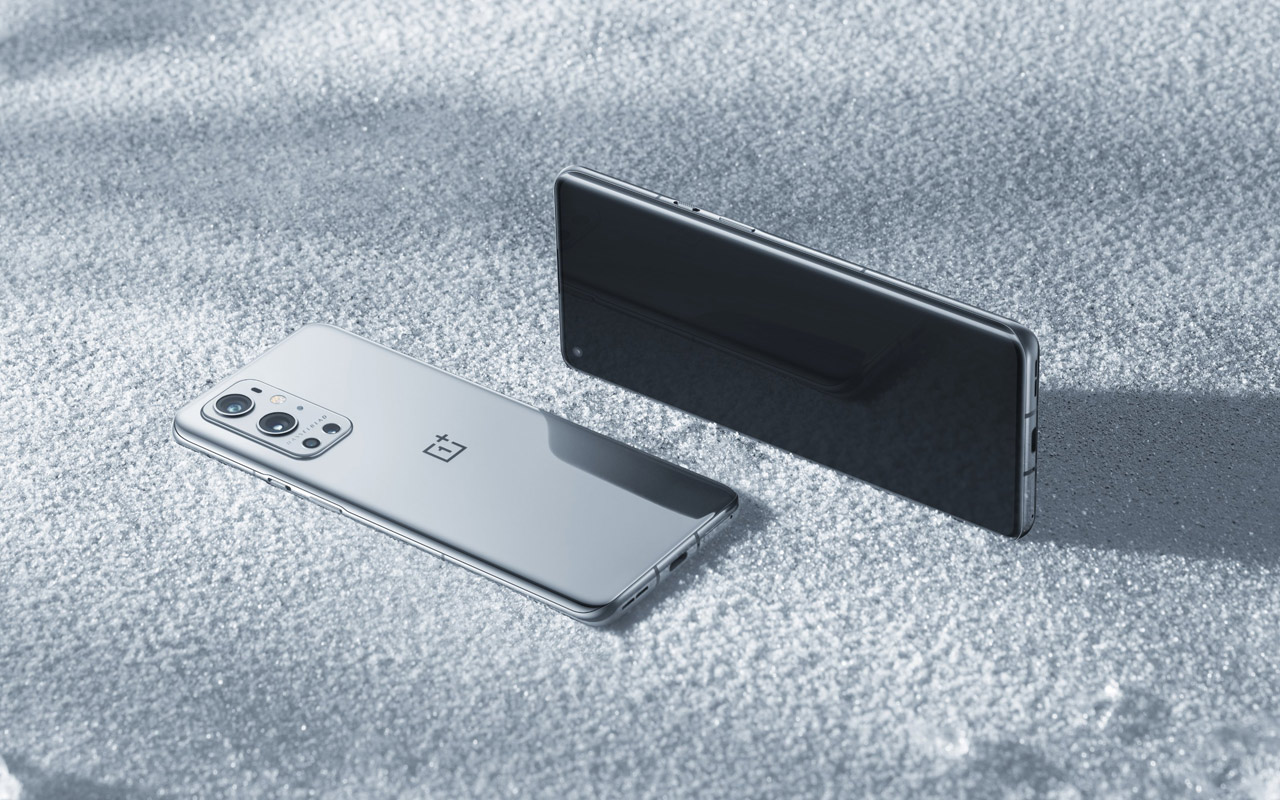 On the right side of the phone there’s a power/lock button and a switch. The switch is a mainstay of the OnePlus lineup, allowing users to flip between features at will – most of the time this is used to mute the phone, but to each their own. On the left is a volume rocker, and at the top is another single microphone hole.

It would appear that this device has the same sort of curved-edge front and back side panels as with previous top-tier OnePlus devices. The display appears to cover the vast majority of the front of the device, and there’s very likely a fingerprint scanner just below the surface of the display.

Stick around as we learn more, all the way up to the event on March 23, and beyond. We’ll have full reviews of the OnePlus 9 Pro and the OnePlus 9, complete with photos, hands-on experience reflections, and judgement!