New devices for 2020 from OnePlus appeared today in a set of three: OnePlus 8, OnePlus 8 Lite, and OnePlus 8 Pro. These devices look like they’re about to go up against the biggest and best in the business with sets of specifications that come right up to the Galaxy S20 and knock on its front door. We’re talking exceedingly similar, here, including the display size, the processor, the cameras, ram, internal storage size, and battery size.

OnePlus 8 Lite vs ALL the Galaxy S20

The Samsung Galaxy S20, S20 Plus (or S20+), and S20 Ultra provide a range of specifications – three screen sizes, different camera arrays, and prices. The OnePlus 8, 8 Pro, and 8 Lite don’t come up and match any of the Galaxy S20 devices precisely. Instead, they fill the holes in-between the Galaxy S20 device and create a point just below the S20, to play the Price Is Right trick on Samsung – whether they mean to or not.

Leaks today come from a store called “Giztop store” – a store that’s not a source we’ve used extensively in the past. As such, we’re not going to go into too much detail here since we’re definitely far enough out from final release for the OnePlus 8 collection that this could all change substantially. This information is from the Giztop store via GizChina, and the store used OnLeaks renderings released back a few months ago – the specs are new. 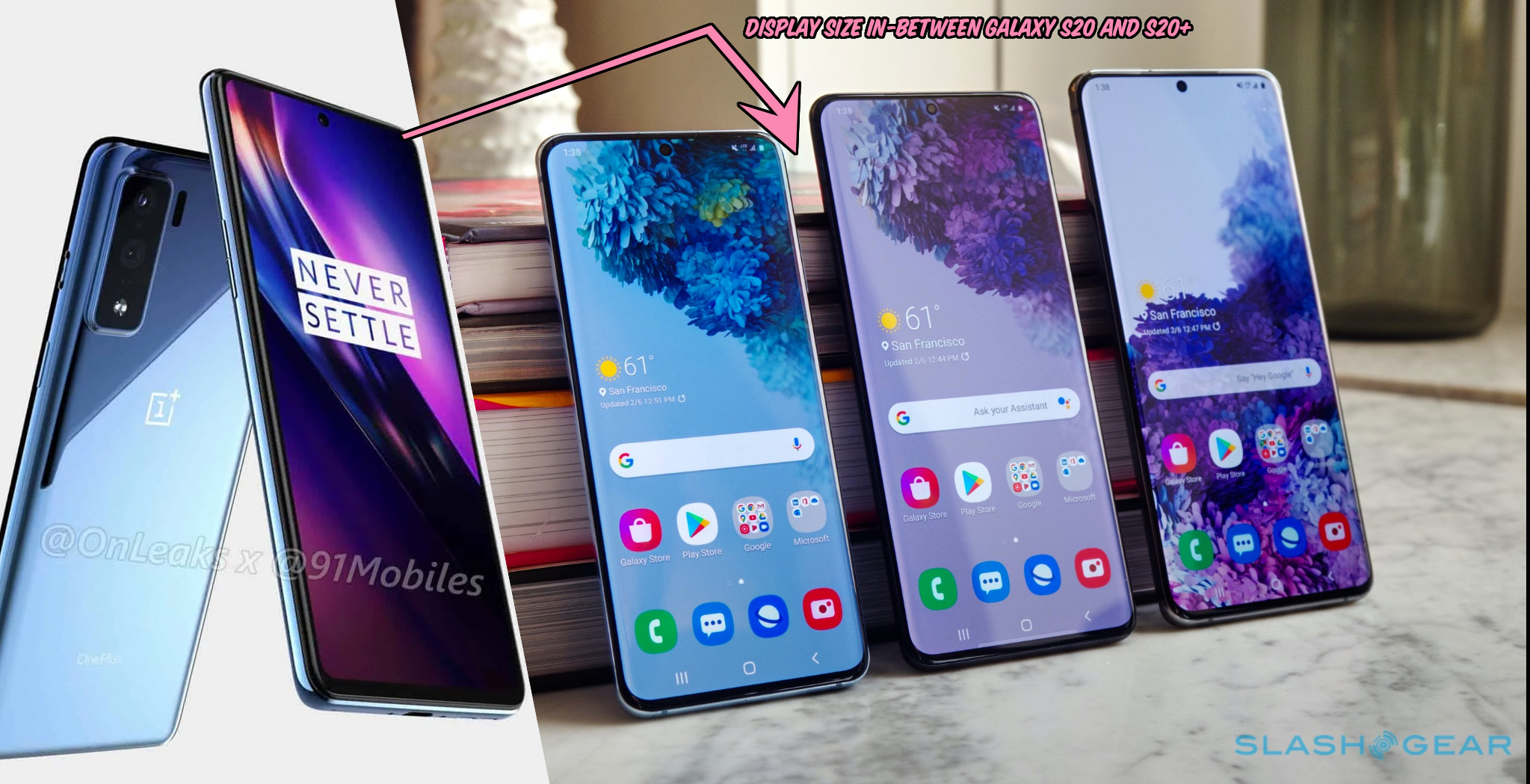 In the year 2020, it’s quite likely we’ll see three phones released at once by OnePlus. The least of these is teased as a OnePlus 8 Lite. This device would sport a 6.4-inch AMOLED display with fullHD+ resolution (2400 x 1080 pixels), 90Hz screen (120Hz on the other two devices), with a MediaTek Dimensity 1000 processor inside – strange!

This Lite model is tipped to roll with a 48MP x 16MP x 2MP camera array: with main, wide angle, and depth sensor duty assigned there, respectively. There’s apparently a 16MP camera up front, and the whole thing looks a lot like the OnePlus 8 released in the Spring of 2019. This device will probably cost around $500 USD.

While this device has a slightly larger display than the standard Galaxy S20, the Galaxy S20 has more pixels – and would cost twice as much. If OnePlus can position this device as a competitor for the basic Galaxy S20, but price the OnePlus 8 Lite at $500, they’ll do well for themselves.

Take a peek at the timeline below and stick around the OnePlus tag portal here on SlashGear to learn more about the OnePlus 8 Pro and OnePlus 8 (non-pro, non-Lite), in the very near future. This is all leading up to a launch date that, in past years, would’ve been around May. This year, it could come a significant amount of time earlier – rumors suggest a mix-up!