This morning the OnePlus 8 appeared in a leak with a full set of phone model renderings. Shown were both front and back sides of the OnePlus 8, showing many key details for this smartphone, like a 6.5-inch display, and a punch-hole display for its front-facing camera. And there’s something odd – something that points toward the possibility that this won’t be a direct replacement for OnePlus 7 Pro or OnePlus 7T.

It’s unlikely the OnePlus 8 release date in 2020 is significantly different from the OnePlus 7 Pro in 2019 – so the extremely early timing of this leak is pretty shocking in and of itself. But given the differences in design between generations, OnePlus 7 and Pro to 7T, maybe we’re looking at a new sort of news cycle.

The leaker OnLeaks paired with CashKaro for a leak today of the OnePlus 8. This is likely the OnePlus 8 with a design that’s very similar to the OnePlus 7 Pro – without the circular camera array enclosure like we’ve seen with the OnePlus 7T. One key difference is in-between the two camera lenses as pointed out above. 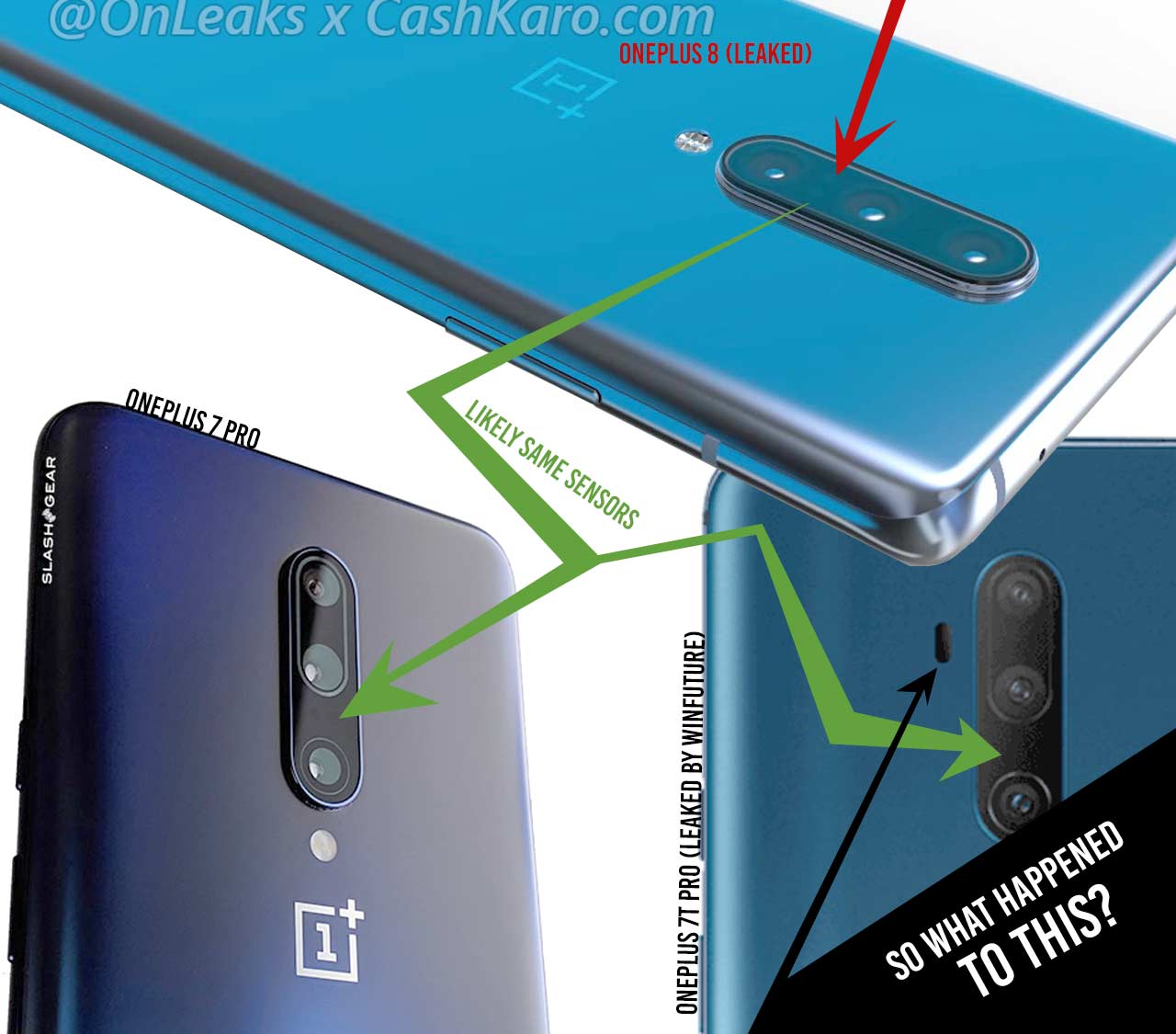 The OnePlus 8’s leak is not the same as the usual factory CAD drawing situation OneLeaks has been known to release. Instead, details were sourced from “detailed schematics as disclosed by [a] company insider.” This likely means we’ll get more detailed information from OnLeaks soon – and it means that what we see here is based not just on illustrations made for potential accessory-making 3rd-party companies, it’s based on a far more detailed bit of source material.

The OnePlus 8 was reported to be approximately 160.2 x 72.9 x 8.1mm in size – with a thickness of 8.1mm without the camera bump, or 9.3mm with the camera bump. There’s a brand new circular frontside camera hole-punch situation going on with the frontside display, not unlike what we see with this year’s Samsung Galaxy S10 and related devices.

The display is reportedly a 6.5-inch curved-edge panel. It’s almost certainly an AMOLED display, with “Fluid Display” branding. If OnePlus keeps the branding – and we have no reason to believe they wont – this device’s display will also sport a 90Hz image refresh rate. 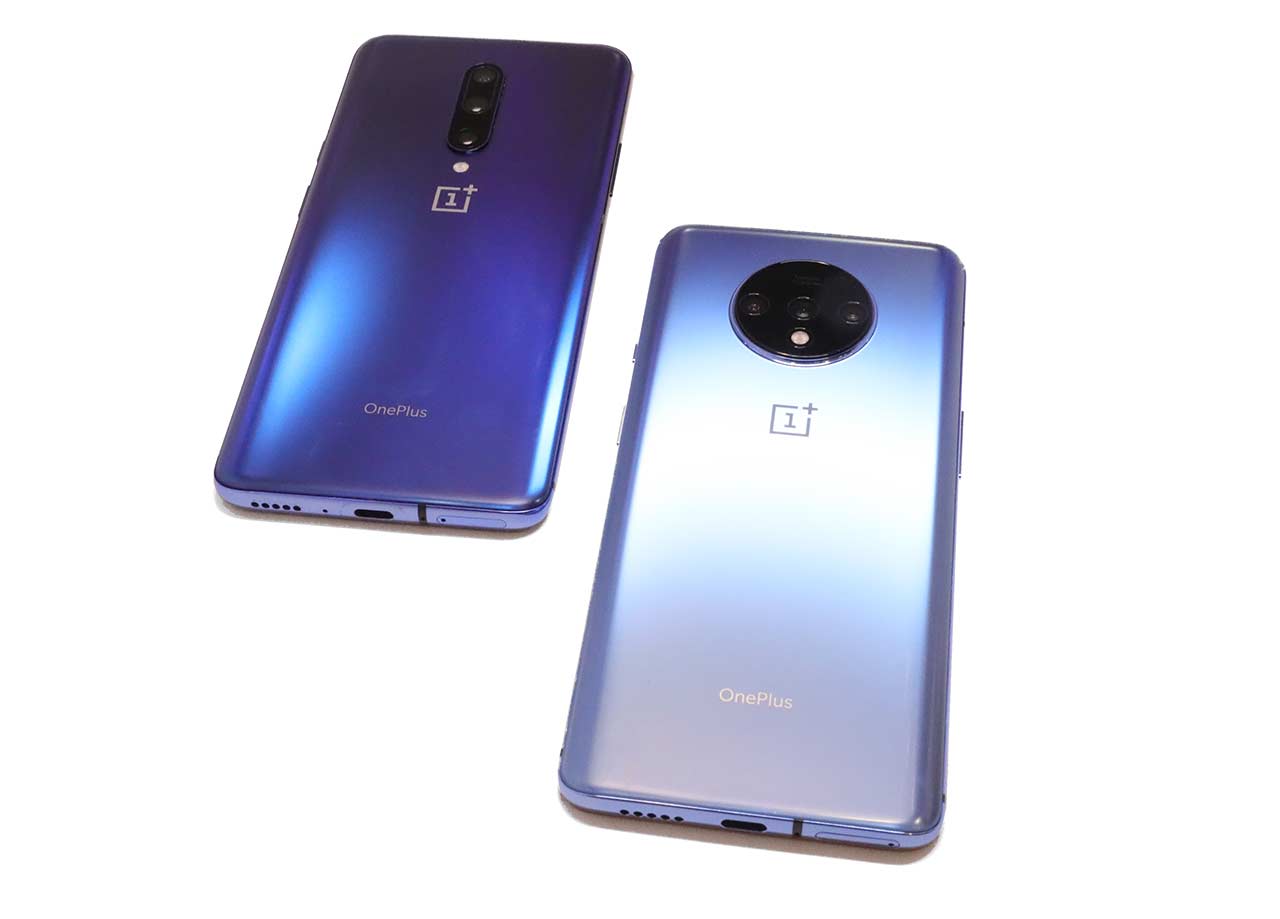 ABOVE: From our OnePlus 7T Review. SEE ALSO: Our original OnePlus 7 Pro Review.

Unless the likely lackluster sales of the OnePlus 7 Pro paved the way for a return to a more traditional schedule for smartphone models in the USA. In that case, we could likely say goodbye to the larger display size of the OnePlus 7 Pro for the near future – but we shall see!