What we’ve experienced today is the DIY-base living room gaming equivalent of Exploding Kittens. While EK is a card game as well as an awesome mobile game, the game Ultimate Chicken Horse is a bit of a race. You choose from 1 of 4 animals, choose a level, and go to work getting from point A to point B. But it’s not that simple. Only – at the same time – it really IS that simple.

If you want to play Ultimate Chicken Horse in a simple way, you certainly can. It’s almost like tic-tac-toe in that, if your opponent cooperates, you can be done with a game rather quickly. If, however, you’ve got sabotage on your mind, you can cause your opponent to befall much chaos.

Traps are the key to enlivening this game without betraying its simplicity.

This game started as a Kickstarter campaign where it received the same response we had when we first heard the concept: “wait… what?”

I select elements that’ll help us move from one place to the next, or we select obstacles, then place them in our shared environment. 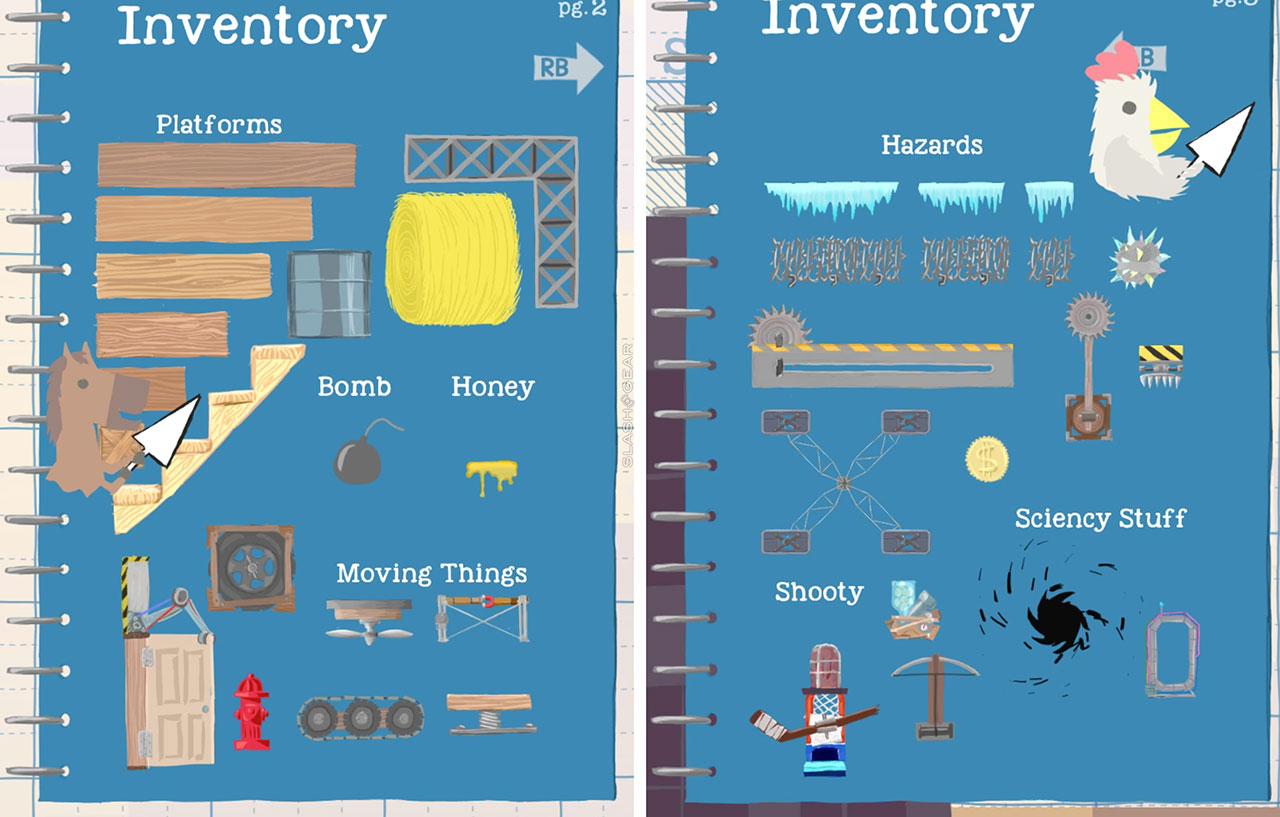 How could it be fun to have to build your game level every time you play the game? Isn’t that the developer’s job?

As it turned out, enough people saw the potential for this beast of a multiplayer platformer game and it was over-funded by about $9,000 USD. The creators of the game developed a final product and put it up on Steam – just as a good Kickstarter participant should.

Not like this flaming pile from the other side of the tracks.

The only thing we’d like this game to have that it doesn’t currently have (while we’re testing it, before launch), is the ability to play online with friends. At the moment, this game is all about local multiplayer.

You can use up to four controllers with this game, all on the NVIDIA SHIELD Android TV device, all at once. There’s also a mode that allows you to take turns with two controllers for four people, or one controller for two people.

Not that the NVIDIA SHIELD Android TV needed any more value in and of itself, but if you weren’t satisfied with the multiplayer offerings in the Android TV universe before now, this may well be the push off the edge of the cliff you’ll need.

This game makes me feel like I need to own the console it’s delivered on, just like Super Smash Bros did when it launched on N64. Or it would, if I didn’t already own it.