NVIDIA SHIELD launches in a week: is your PC ready?

Though NVIDIA’s handheld gaming device SHIELD will be launching with its PC game streaming feature in BETA mode, the company’s GeForce Experience software has already lit up the “go” sign for global compatibility. NVIDIA today made clear their intent to not just ship out the first units of SHIELD on the 27th, but to adjust the price as well – and charge those that’d pre-ordered the device the lower point before they attain their wares. Those gamers that’d been using the NVIDIA GeForce Experience software on their gaming rigs at home also found a pleasant surprise earlier this month.

With the official replacement of NVIDIA Update as the standard for graphics drivers on NVIDIA-toting gaming machines, the GeForce Experience became a must-have for a large cross-section of custom-build gaming enthusiasts. With NVIDIA GeForce GTX graphics cards under the hood, this software allows users to optimize gameplay with precision-tuned settings for a variety of games. 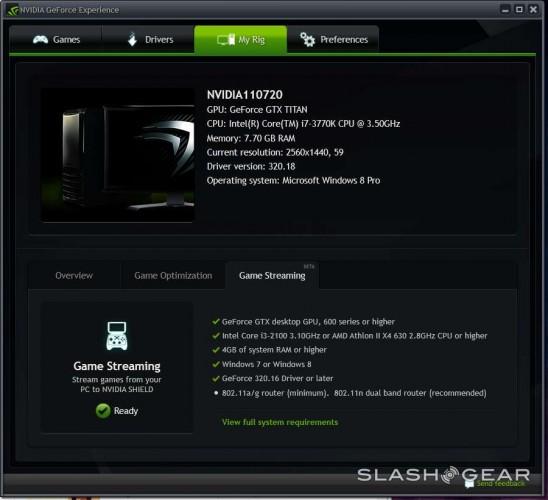 A tab by the name of “My Rig” appeared earlier this year when the GeForce Experience was updated to version 1.5 and attached to GTX 780 architecture. This bit of the Experience shows what the machine it’s running on is made of – and has a tab entitled “Game Streaming [Beta]”

There a lovely little icon representing SHIELD is found with the basic “Stream games from your PC to NVIDIA SHIELD” subtitle for clarity. The following prerequisites are also found: 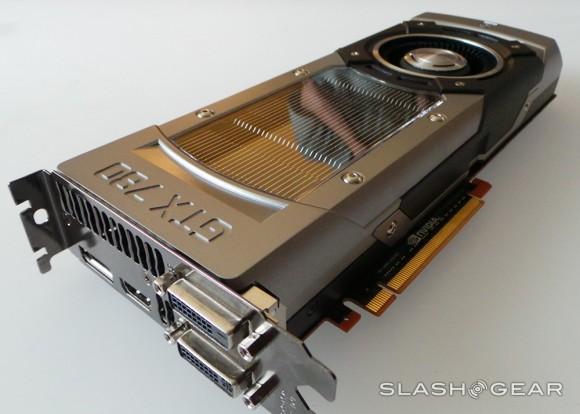 This feature has been demoed with SlashGear more than once – we saw it all the way back at CES 2013 when the machine itself was introduced, first and foremost.

Then we saw it again when we had a meeting with NVIDIA during Google I/O 2013 – with the final hardware, this time around.

Fun Fact: The gaming rig you see to the left of the television in this second video is a Falcon Northwest Tiki, a machine we reviewed with TITAN earlier this year. 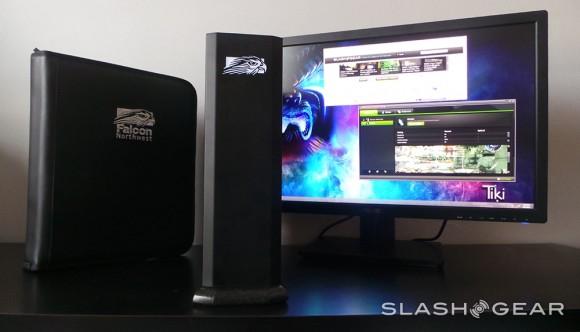 While the final hardware’s claim – at launch – is that this functionality is still in BETA form when it hits the first wave of adopters, we’ve seen it to be rather close to the real deal. Judge for yourself using the hands-on videos above, but know this: we’ll certainly be play-testing streaming gaming right out of the box later this month.

That said, stay tuned: SlashGear will be reviewing NVIDIA SHIELD before too long and we’ll be going more in-depth than you can possible hope to handle. Here’s hoping we get to play Hawken before too long as well – Android and streaming-style!