NVIDIA has pushed back against Tesla’s Full-Self Driving Computer claims, praising the upstart automaker for its chip handiwork, but denying that the EV-maker is ahead. Elon Musk, Tesla’s CEO, revealed the latest iteration of the car company’s computer for assisted and – eventually, or at least so the promise goes – fully-autonomous driving yesterday, at an event in California.

There, Musk and his autonomous driving team weren’t short on praise for the homegrown chip that they’ve cooked up. Tesla began work on the processor back in 2016, after realizing that – at the time – there was no dedicated chip on the market designed for neural nets.

Each Full Self-Driving Computer has two of Tesla’s chips, intended for redundancy. The two chips each get a copy of the data from the car’s various sensors – including cameras, radar, ultrasonics, but not LIDAR which Musk believes is “a fool’s errand” – and independently work out how the vehicle should respond. Their conclusions are compared for safety, and then carried out. 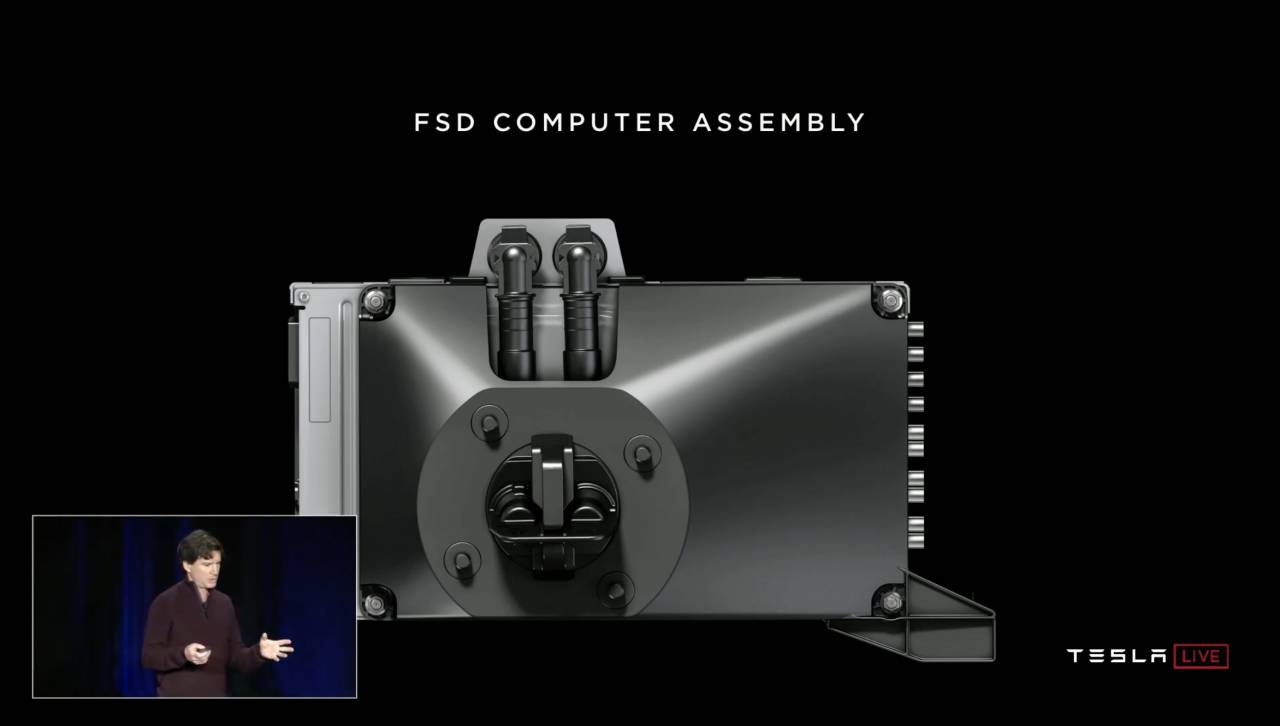 The computer, Tesla said, has 144 TOPs of performance, or trillion operations per second. In contrast, Musk said, NVIDIA’s Xavier would deliver just 21 TOPS. While praising the company, the Tesla CEO argued that because NVIDIA must make chipsets for a wide range of clients, that silicon can never be as focused as Tesla’s own chips that are intended for a single purpose.

Problem is, NVIDIA counters today, Musk got both his calculations and his comparison wrong. The Xavier, for instance, clocks in at 30 TOPS not 21, the chip-maker points out. Meanwhile comparing a single Xavier to the two Tesla chips inside the EV’s Full Self-Driving Computer is incorrect.

More accurate, NVIDIA suggests, would be to compare Tesla’s onboard computer with the DRIVE AGX Pegasus, its own version of such a system. That combines two Xavier chips each with a GPU, and comes in at 320 TOPS. Down the line, NVIDIA’s next-generation chip, Orin, will replace Xavier with even more performance.

NVIDIA isn’t short on praise for the automaker. “Tesla is raising the bar for all other carmakers,” Rob Csongor, the company’s general manager of the automotive division, says. NVIDIA does “agree with [Musk] on the big picture – that this is a challenge that can only be tackled with supercomputer-class systems,” he continues.

Only Tesla and NVIDIA are developing such systems, Csongor argues, and of those two, only one makes its chips available for any automaker working on driver-assistance and fully-autonomous vehicles. Whether NVIDIA shares Tesla’s aggressive expectations for when, exactly, driverless cars could launch is unclear, however.