It’s time to have a bit longer look at a video showing off Nokia’s brand new Lumia 820, the smaller of the two smartphones revealed this week with a fully functional version of Windows Phone 8 onboard. This device has many of the same powerful attributes as the Nokia Lumia 920, but has a bit smaller profile and brings in rounded edges and an interchangeable backplate that doesn’t have NFC embedded right out of the box. What we got to see yesterday was not just the special NFC-toting backplate that you can purchase separate from the 820, but the device working live with Nokia City Lens and Nokia Transport as well.

If you’ll head back to our original hands-on with City Lens drive suite you’ll see how this software has been in the works for Nokia devices for quite a while now. With the launch of the new Windows Phone 8 line of Nokia Lumia devices, this GPS-centered world-expanding set of apps is able to show you how unique the Nokia vision can be. The video you’re about to see includes another peek at City Lens as it applies to New York City – full of locations for whatever activity you so choose: perhaps you’d like to head to a local pizza joint?

You’ll also see our Nokia host show us through Nokia Transport which on the Lumia 820 demonstrates how long a journey from your current location to a chosen location would take on the train and on foot. This app is able to not only tell you how long it would take if you started right at the minute you found the info, but in the future as well. If you’re starting in 10 minutes, your journey might take a whole lot different amount of time depending on traffic – Nokia knows. 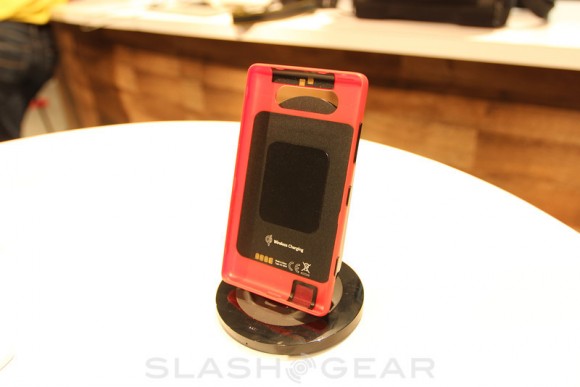 And of course there’s the NFC action you’ll also be seeing in our hands-on with the Nokia-related accessories shown off this week as well. Here the Nokia Lumia 820 can take part in the fun with its own NFC backplate – or battery cover, whatever you want to call it – if you do so choose to partake. Having this separate option for NFC allows Nokia to offer the device at a lower cost if the user doesn’t need the technology – fun stuff!

Have a peek at the rest of our Nokia action this week in our Nokia tag portal and check the timeline below for some key points from the event and subsequent hands-on opportunities!