This week we spoke with the VP of Nokia’s map platform for location and commerce Christof Hellmis who has given us a full tour of what Windows Phone-laden Nokia devices have to offer the world in the maps environment. What he showed us during CTIA 2012 was several hands-on demonstrations of each of the apps that make Nokia’s Windows Phone smartphones unique, starting with Nokia Maps, Nokia Transport, and Nokia Drive and moving on to the newest application to hit Nokia devices worldwide: Nokia City Lens.

These applications work with one another in a variety of ways, but what you’ll find in the following videos more than anything is that they’ve each got their own very unique way of helping you move about the world in your vehicle, with public transport, or on foot. Starting off with a couple of applications that have been out for a while but certainly warrant another look as they’re touted as value points for the whole Nokia lineup in smartphone stores around the world. Nokia Drive and Nokia Transport are up first:

Next have a peek at Nokia Maps, the heart of the whole situation:

Finally check out the newest member of this pack of awesome beasts, Nokia City Lens. This application allows you to see a virtual reality world of locations all around you in several ways – hold it in portrait mode and you see a list, hold it in landscape mode and you see points around you mapped in real life via your camera, or hold your phone flat to see a flat map!

Then there’s a BONUS! Have a peek here at an extension of this suite of apps in the feature “My Commute.” This feature will be appearing inside the second quarter of 2012 on Windows Phones and will appear as a Live Tile that learns from your driving patterns and tells you how long your route will take on any given day. Great stuff!

Check out the rest of our Nokia coverage by heading to our Nokia portal (full of reviews galore!), then be sure to check out this year’s full selection of CTIA content by heading to the CTIA 2012 portal – so much stuff your gadget-loving head will explode! 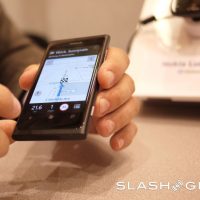 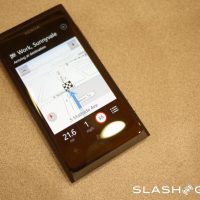 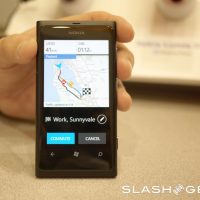 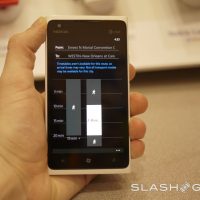 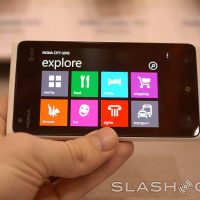 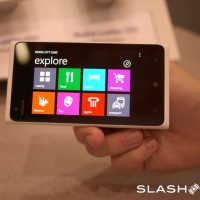 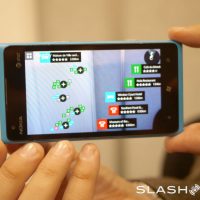 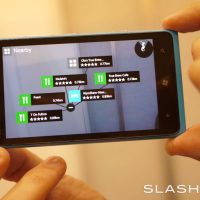 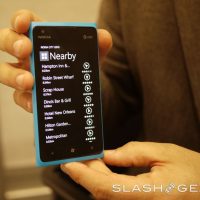 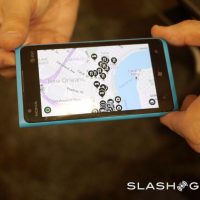 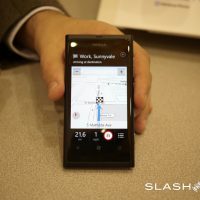