Nissan’s all-electric Ariya crossover will make its debut in mid-July, it’s been confirmed, with the striking EV offering a more stylish and practical alternative to the Leaf hatchback. Previewed last year in the form of the Ariya concept, the new crossover comes as Nissan shoulders pressure to reinvent its line-up with an eye on both electrification and emotion.

That will involve cutting 20-percent of Nissan’s current products worldwide, the automaker confirmed back in May, and shuttering at least two plants. Nissan will also produce fewer cars in total, focusing on four key categories.

The bread & butter will be the C-Segment and D-Segment, with models like the Altima, Murano, Rogue, and Pathfinder. Nissan will also prioritize its sportier models, like the GT-R and the newly-teased Z cars. Finally, there’ll be electrified vehicles, of which the Ariya crossover EV will be the first big announcement. 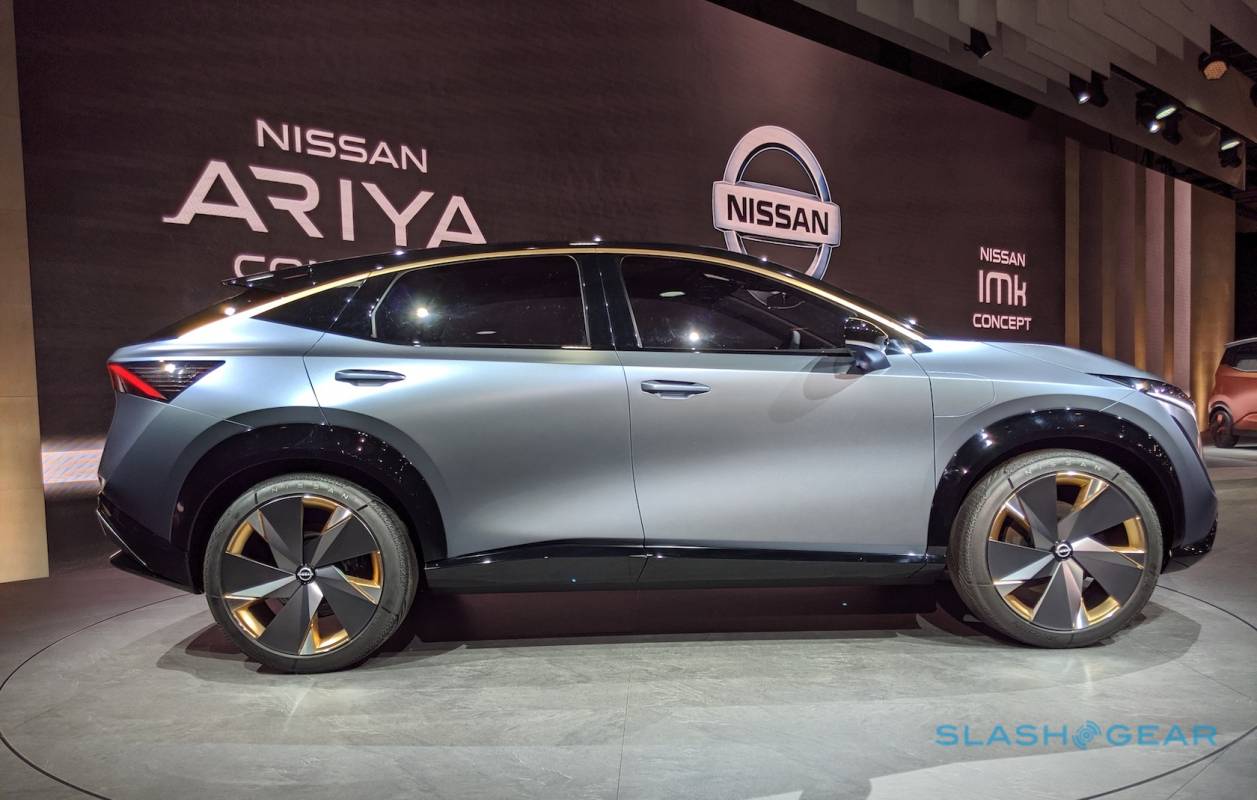 While Nissan will mix both pure-electric and hybrid cars under that electrified banner, the Ariya will be BEV only. Expectations are unusually clear, thanks to a surprisingly production-ready concept car at the Tokyo Motor Show 2019. At the time it was seen as an indication that Nissan wanted to bring the Ariya to market sooner rather than later, and now that appears to have been confirmed.

Nissan will unveil the production Ariya on July 15, the company’s board announced at its annual shareholder meeting. That proved to be a contentious event, with shareholders vocal in their criticism, Automotive News reports, even if they were present in much reduced numbers.

The Ariya is expected to use Nissan’s e-4ORCE all-wheel drive electric powertrain, an upgrade to what’s in the current Leaf EV. It will combine not only the instantaneous torque offered by electric motors but use two such motors for the first time in the automaker’s vehicles.

One motor will drive each axle, and then Nissan will use regenerative braking and individual braking at each wheel to move torque front to back, and left to right. That’s no great leap for the EV industry in general, but it’s a degree of precision that Nissan electric vehicles haven’t offered until now. For the Ariya, it should mean both a more engaging driving experience and more ability in uncertain road conditions.

The other big news is that the Ariya will feature ProPilot 2.0, Nissan’s hands-off highway driving assistance. That uses attention monitoring – much in the same way that Cadillac Super Cruise does, and Ford’s new Active Drive Assist system will – to ensure that the person at the wheel is still paying attention to the road conditions. It also only works on divided highways, though unlike Ford’s system it’s able to do automatic lane changing, albeit demanding a light touch on the wheel while that happens. 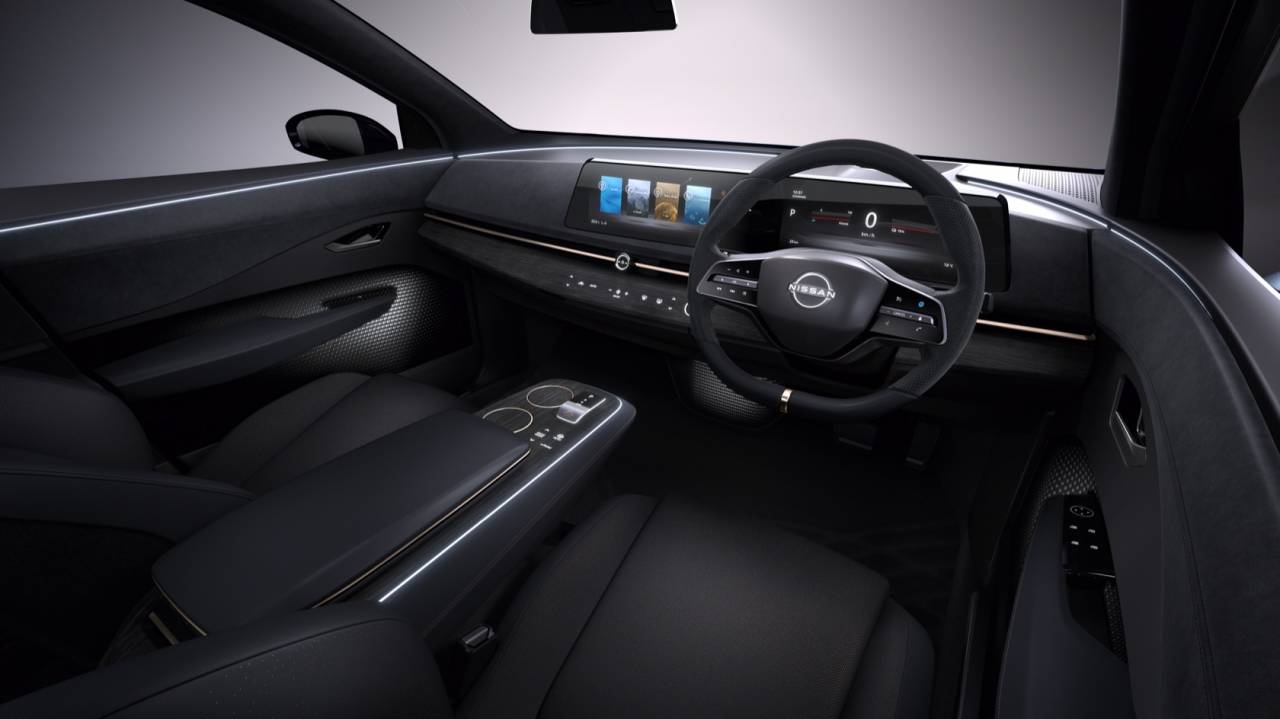 So far Nissan has only announced plans for ProPilot 2.0 deployment in Japan. The Ariya, however, will launch first in Japan, but follow on in the US, Europe, and China, execs from the automaker confirmed. It’s uncertain whether it’ll bring the hands-off driver assistance tech with it.

The electric crossover is to be one of eight fully electric vehicles that Nissan intends to launch.