Nissan’s electric cars are set to get a lot more rewarding to drive, with the automaker revealing its next-generation e-4ORCE system that will underpin all-wheel drive EVs. Described as an “all-wheel control technology,” e-4ORCE – pronounced, apparently, as “force” – involves dual electric motors and a focus not just on straight line speed but how an EV handles, too.

As drivers of electric vehicles have discovered, the fact that instantaneous torque from EV motors is available from a standstill can be enough to embarrass even performance gasoline vehicles. What’s arguably more interesting, though, is the potential for improvements in handling when you have more precise control over how power is applied on a wheel-by-wheel basis.

That, Nissan says, is what e-4ORCE unlocks. Unlike the current Leaf and other EVs from the automaker, it’s based on dual electric motors: one for the front axle and one for the rear. To that, Nissan adds some technology cherry-picked from its internal combustion vehicles.

The GT-R, for example, donates the way its ATTESSA E-TS torque split operates. From the Nissan Patrol, the idea behind the 4×4 control for power output, braking, and chassis control has been borrowed. In the case of the EVs, Nissan defaults to a 50:50 front to rear power split, but can push up to 100-percent to each axle depending on traction requirements. 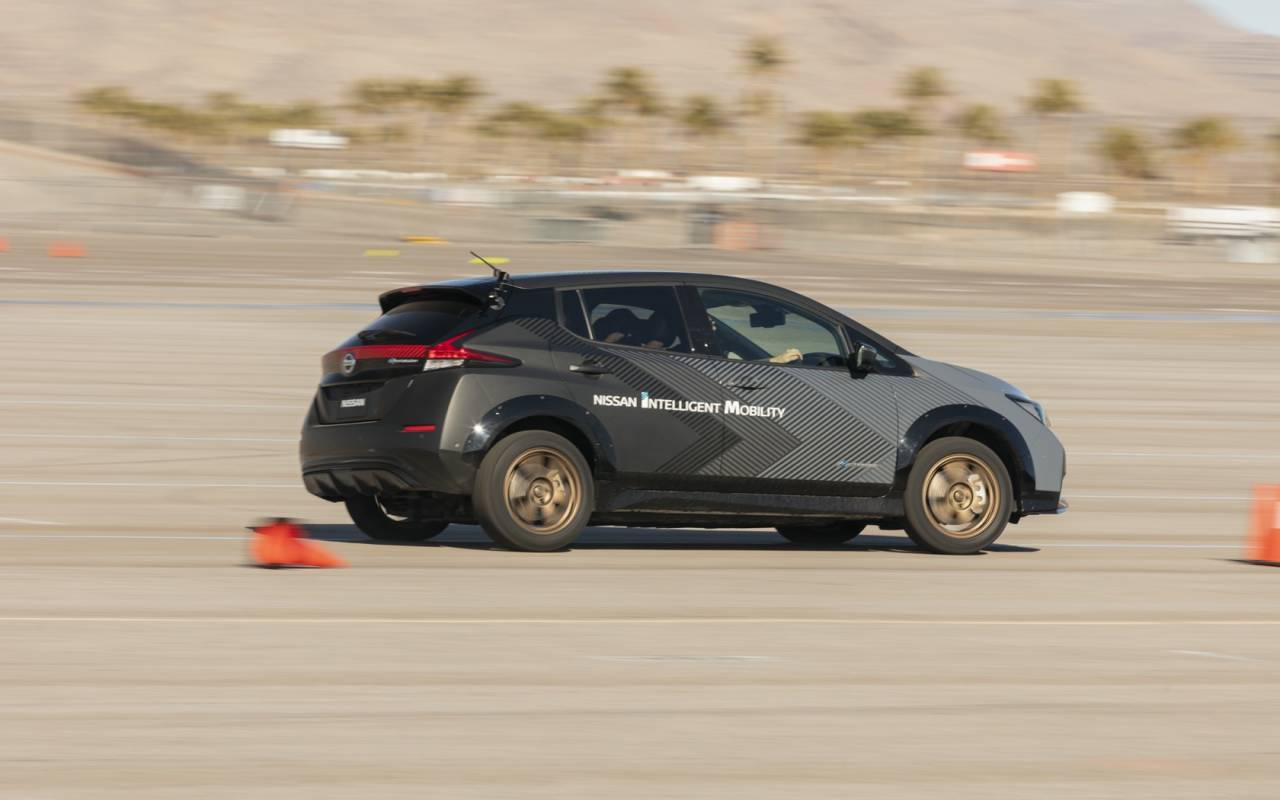 By then modulating the brakes at each wheel, and using regenerative braking, e-4ORCE can maximize grip in the turns. If you push too hard, Nissan says, the system can automatically manage the power output to make sure the EV goes in the direction you were intending it to. That should help particularly on wet, icy, or snowy roads.

It’s not just about performance, however. Nissan says e-4ORCE should also pay dividends for comfort, helping avoid vehicle pitch and dive as you brake, among other things. “By taking advantage of e-4ORCE’s precise motor control response,” Ryozo Hiraku, expert leader of Nissan’s powertrain and EV engineering division, explains, “we’re able to control vehicle motion as soon as the brakes are applied, giving all occupants – especially passengers – a stable, smooth ride.” 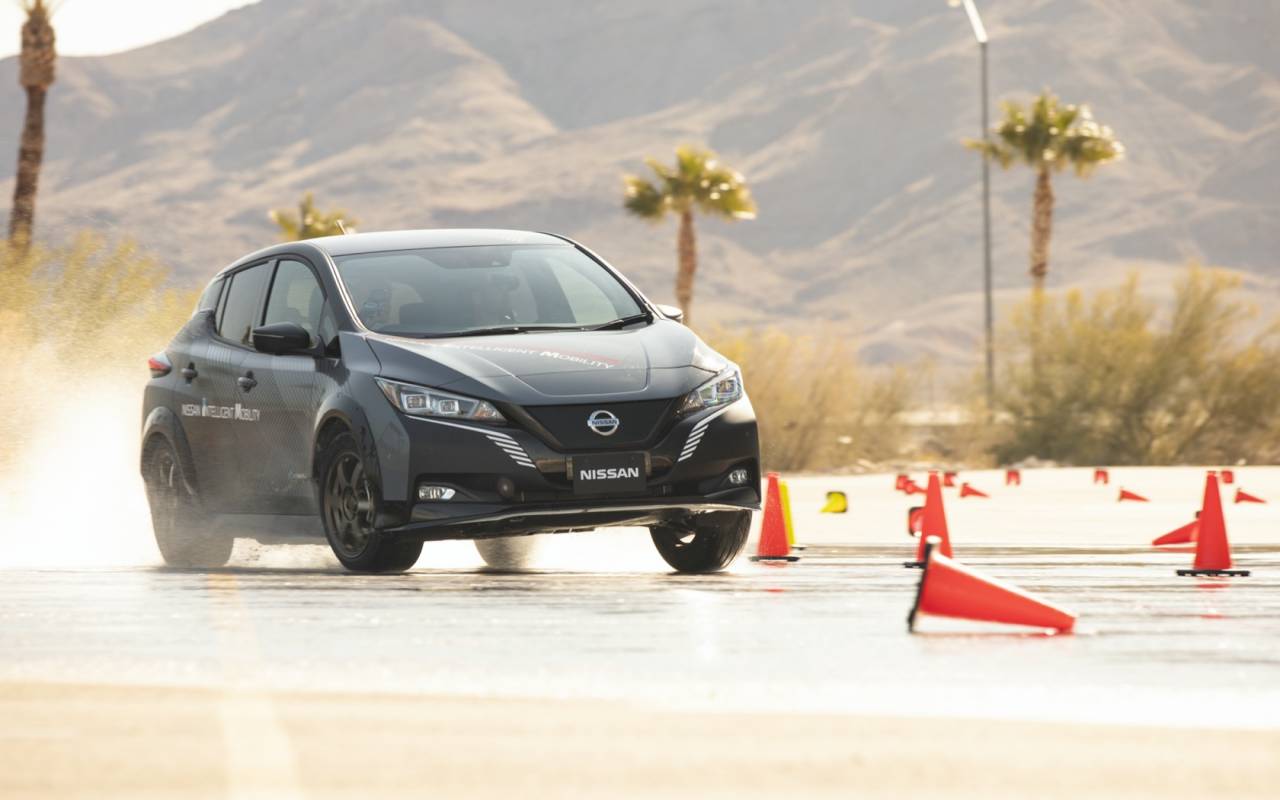 What this isn’t is the quad-motor torque vectoring we’ve seen some automakers experimenting with. That would apply a separate motor to each wheel, maximizing power and braking control, in addition to enabling features like tank-turn. The downside to those systems is the extra cost, weight, and bulk involved in accommodating four electric motors, not to mention the dynamic complexity of getting them to all work in tandem.

While Nissan has built e-4ORCE into a prototype Leaf e+ hatchback to demonstrate its potential and refine it in its final development stages, we can’t help but wonder about future applications of the technology. Though we’re expecting the new Nissan Z Car – recently teased – to be gas-powered when it’s unveiled, that’s not to say there isn’t the potential for a performance EV from the automaker down the line. Indeed, sports vehicles are one of the three pillars on which Nissan plans to reinvent itself and hopefully rediscover profitability. 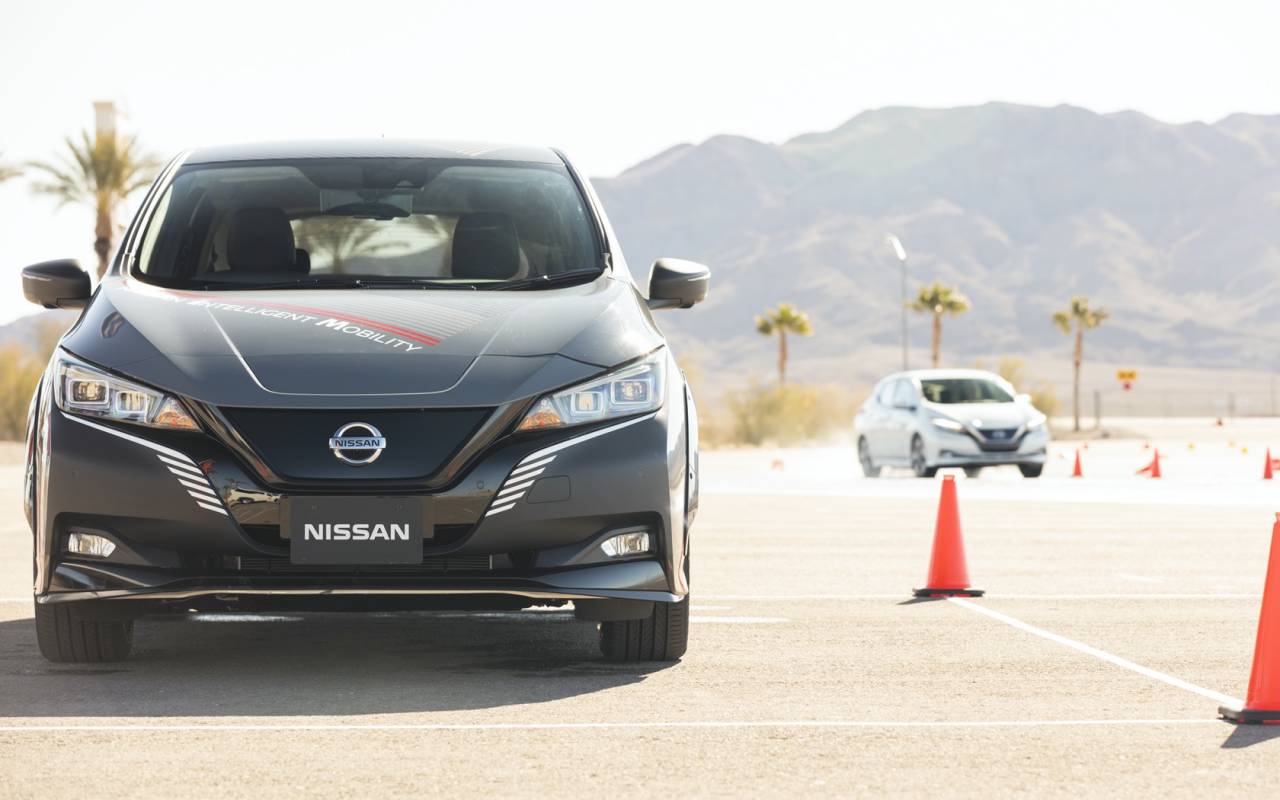 First up looks likely to be the production version of the Nissan Ariya concept, a sleek all-electric crossover SUV previewed last year. That seems set to be the automaker’s first electric all-wheel drive model, and could launch as soon as the 2021 model year.