Nissan has teased its new Z-car, the replacement to the aging 370Z, and it’s shaping up to be something rather lovely indeed. The shadowy reveal comes as the Japanese automaker unveils its big plans for reinvention, trimming the fat from its line-up and focusing on sports cars, EVs, and models with more mass-market appeal.

It’s far to say that the Z-car line has some serious heritage. The 370Z is the sixth generation vehicle to bear the badging, with the first Z-car offered all the way back in 1969. Intended to act as a halo car for what was then a fledgling automaker, the goal was affordability and fun.

Fast forward to today, and the 370Z still mostly hits those targets. However it’s also showing its age, with production kicking off in 2009. Nissan has refreshed it with special editions, tweaks, and minor upgrades, but areas like cabin design, comfort, and technology are all dated compared to more modern rivals.

The time, therefore, is ripe for a new Z-car, and that’s just what Nissan is teasing today. Details for the coupe are scant, and indeed we have just a few monochrome glimpses of what Nissan’s designers have in mind. It’s enough, however, to get us seriously excited.

Sleeker and more sinuous than the current Nissan 370Z, the new model has a sharkish aspect to the front, and more muscular rear arches at the rear. There’s a little Mazda MX-5 Miata to it from some angles, particularly around the nose, and perhaps some Jaguar F-Type at the rear. Neither would be too bad a thing, as both cars are certainly handsome. 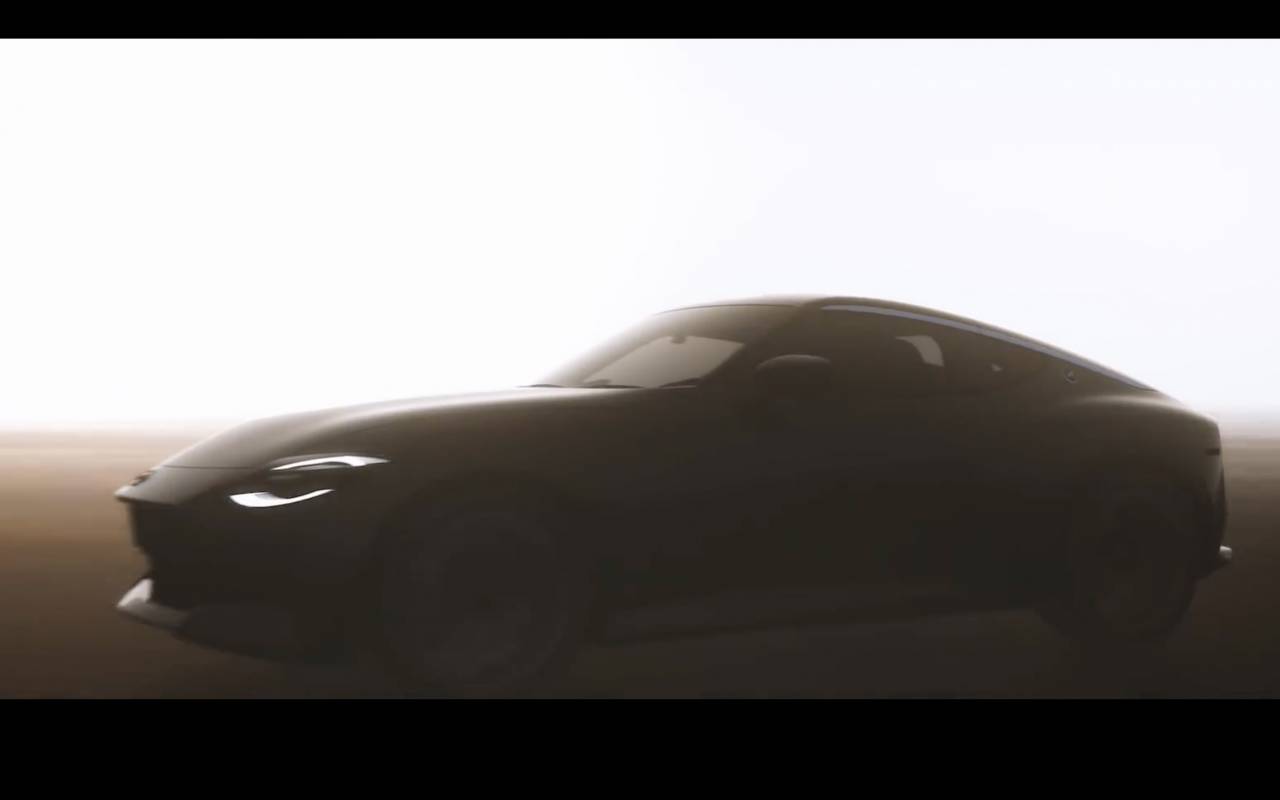 The expectation, of course, is that the new Nissan Z will slot in somewhere in-between in terms of price and size. Nissan may have a seventh-generation in mind, but it can’t stray too far from the original hallmarks of its Z-cars: price them to make them attainable.

Nissan’s big promise – or one of them, at least – today is for 12 new models in the course of the next 18 months. Most of those will be replacements for its C- and D-Segment cars and SUVs, of course, along with new EVs like the upcoming Ariya electric SUV based on the striking concept of last year. However one will be this new Z-car. 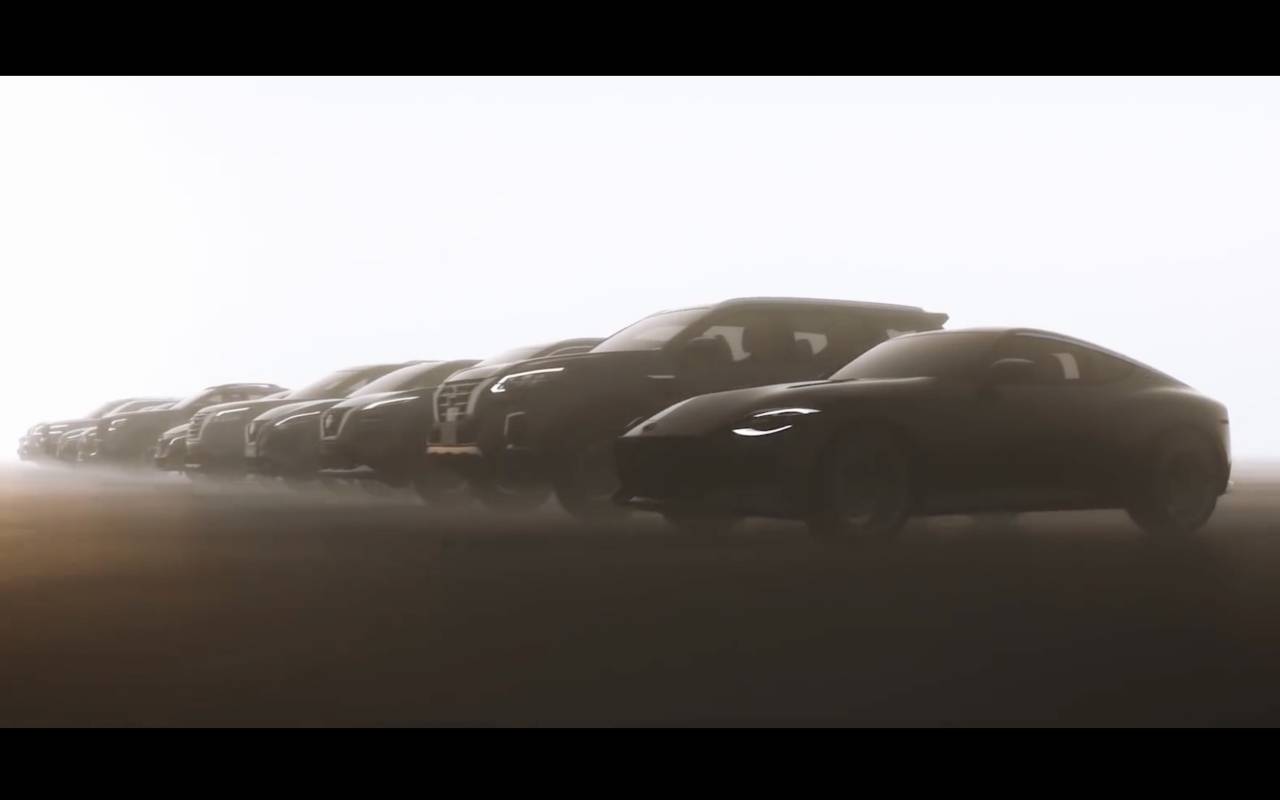 Exact details are in short supply. Previous rumors have suggested this could be the Nissan 400Z, and that it will remain gasoline powered rather than a hybrid. Nissan does, of course, have a well-respected twin-turbo 3.0-liter V6 to play with, currently found in the Infiniti Q60 Red Sport 400. That does 400 horsepower and 350 lb-ft of torque, and in the case of the Q60 is offered with either rear- or all-wheel drive.

That would already be more power than the current 370Z NISMO offers – which clocks in at 350hp and 276 lb-ft of torque – though enthusiasts do get RWD and the option of a 6-speed manual transmission in that car. Still, it gives Nissan plenty of scope to deliver something both affordable and rewarding behind the wheel.