There’s a Sony/Nintendo PlayStation prototype up for auction right now that’ll end up going for many thousands of dollars by the time it’s over. We’ve got devices today from both Sony and Nintendo that are far more powerful, more capable, more usable in every way. New devices don’t look like the beige monstrosities of the early days of personal computers – that’s not this, but this is not about that. This is about proof that the ephemeral world of gaming has a strange, awesome past.

It’s not just a collector’s item

The creation of the “Nintendo Play Station,” as it’s called, represented a point in history before Nintendo and Sony solidified their paths away from one another with their own unique consoles. If this were a smartphone, it’d be like a Samsung iPhone – with logos from both Apple and Samsung on all sides of its massive, plastic body, with a big fat FireWire port for good measure.

This device from Sony is an interesting representation of of a point in history that didn’t produce a product that was supposed to be seen by the public. It’s an oddity. It’s a rarity – like a piece of art, a religious artifact, like a relic for gamers and/or game developers. 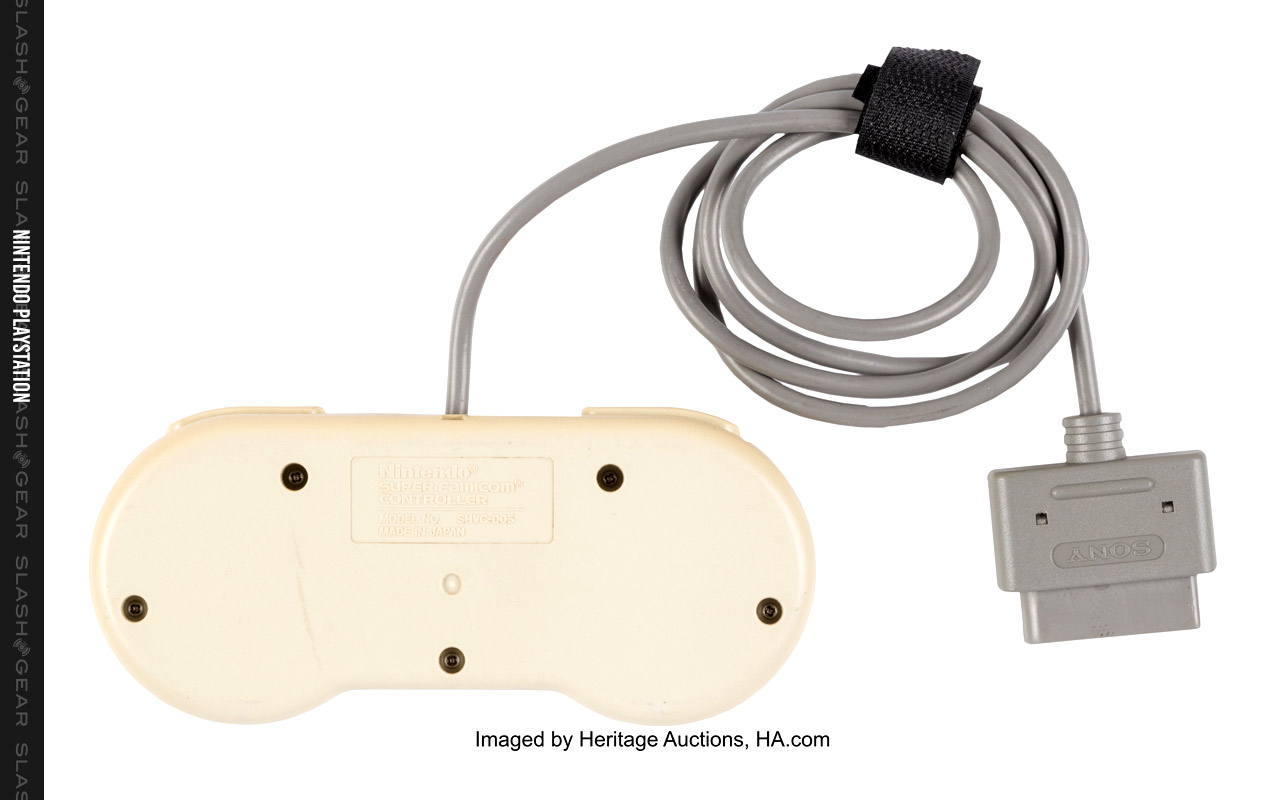 Every “true” Catholic Church’s altar has embedded within it a piece of human bone. It’s true! Take a peek at the 1983 Code of Canon Law, aka the Johanno-Pauline Code, and the “Rite of Dedication of a Church and an Altar.”

What better way to inspire your congregation than to have an easily recognizable chunk of a dead piece of your religion’s past? The folks at the Videogame History Museum know this – though they also try to hold on to working bits of history, too.

It would not be a shock to find the winner of the auction to be a major game developer studio’s CEO, or a group of gamers that’ll be able to treat the console with the reverence they feel it deserves. They’ll hold this piece of hardware up as proof that their chosen profession has a past cemented in the physical world.

At the time at which this article is set to go live, bidding on the auction had reached $310,000 USD. This auction will end on March 5, 2020 – at which point we’re expecting we’ll see a far, far higher winning bid – but we shall see! You’ll find the listing over at Heritage Auctions if you’d like to follow this to the bitter end!