Next Star Wars: Boba Fett comic set during Shadows of the Empire

Star Wars: War of the Bounty Hunters isn’t the comic we expected it would be. The teaser and the setup seemed to suggest that the new Boba Fett comic would take place after the bounty hunter retrieved his armor in The Mandalorian. Instead, the comic will take place immediately after The Empire Strikes Back, at approximately the same time as the latest Darth Vader comic series.

This Boba Fett miniseries “Star Wars: War of the Bounty Hunters” will be written by Charles Soule with art by Steve McNiven. “Boba Fett is in possession of Han Solo at the end of Empire Strikes Back, and at the beginning of War of the Bounty Hunters, he is not,” said Soule. “And he is going to do everything he can to get him back, no matter what. No matter who is standing in his way.”

This comic series is going to include so many tie-ins and name-dropping opportunities that your head will spin. The first teaser for the series – the first few pages – show both Bib Fortuna and what very much appears to be the prequel character Dexter Jettster. Dex is the owner of Dex’s Diner before the Clone Wars but he’s CLEARLY more in-the-know than a basic diner owner might normally appear.

Above you’ll get a bit of a run-down on what Dex is all about. Or, at least, what he was all about as of the last time he was shown in any official Star Wars media.

There’s a tiny chance that this isn’t Bib Fortuna, but his outfit would suggest that it’s the same slimy gangster we’re used to. That does raise the question, though – why would Bib Fortuna be in contact with Boba Fett and the frozen body of Han Solo before Boba Fett arrives with said frozen Han just before Return of the Jedi? 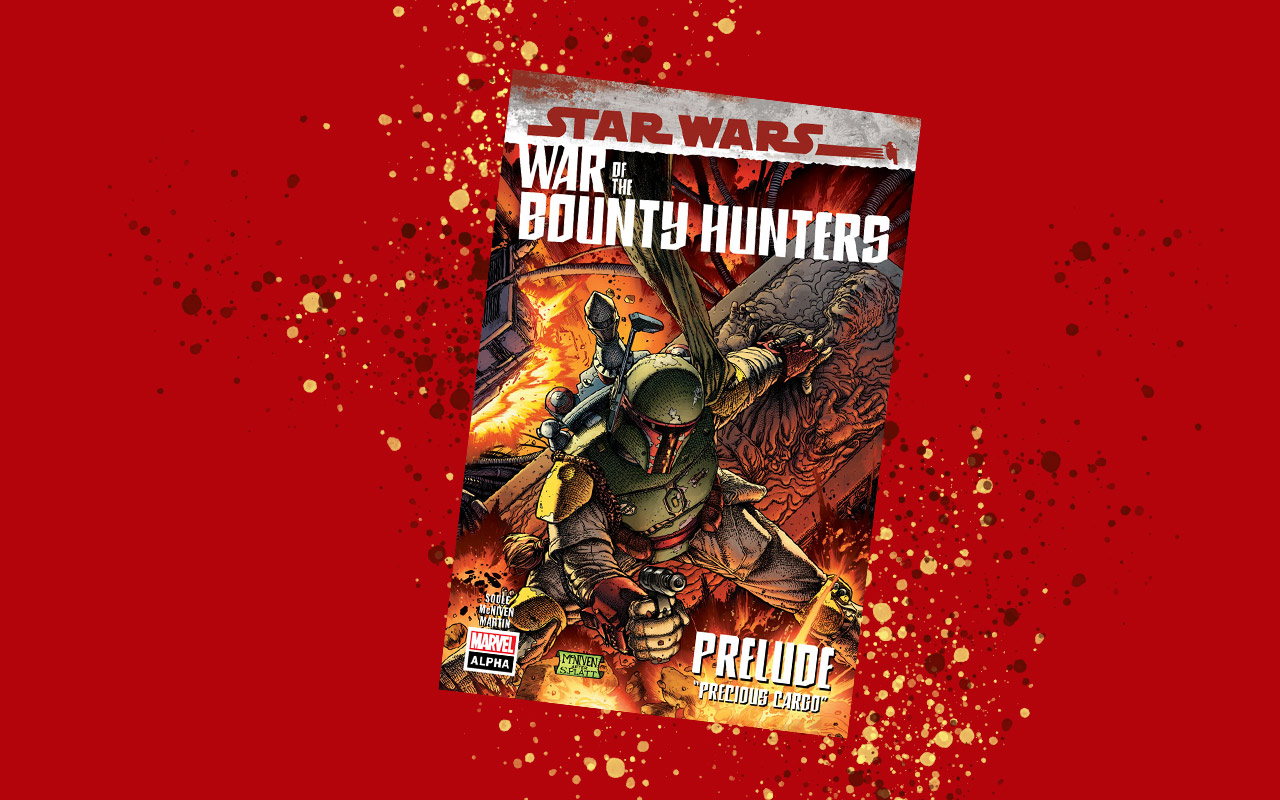 This series of comics will be released starting in May of 2021, and it’ll continue appearing through October of 2021. War of the Bounty Hunters “Alpha #1” will be released on May 5, 2021*. It’ll then “spin out into Marvel’s entire post-Star Wars: The Empire Strikes Back line, including Star Wars, Bounty Hunters, Darth Vader, and Doctor Aphra.”

There’ll be a total of five issues in the Star Wars: War of the Bounty Hunters “miniseries.” *The first issue of the miniseries (non-prequel) will be released in June. This miniseries will “anchor the story” of Boba Fett’s journey from The Empire Strikes Back to Return of the Jedi. 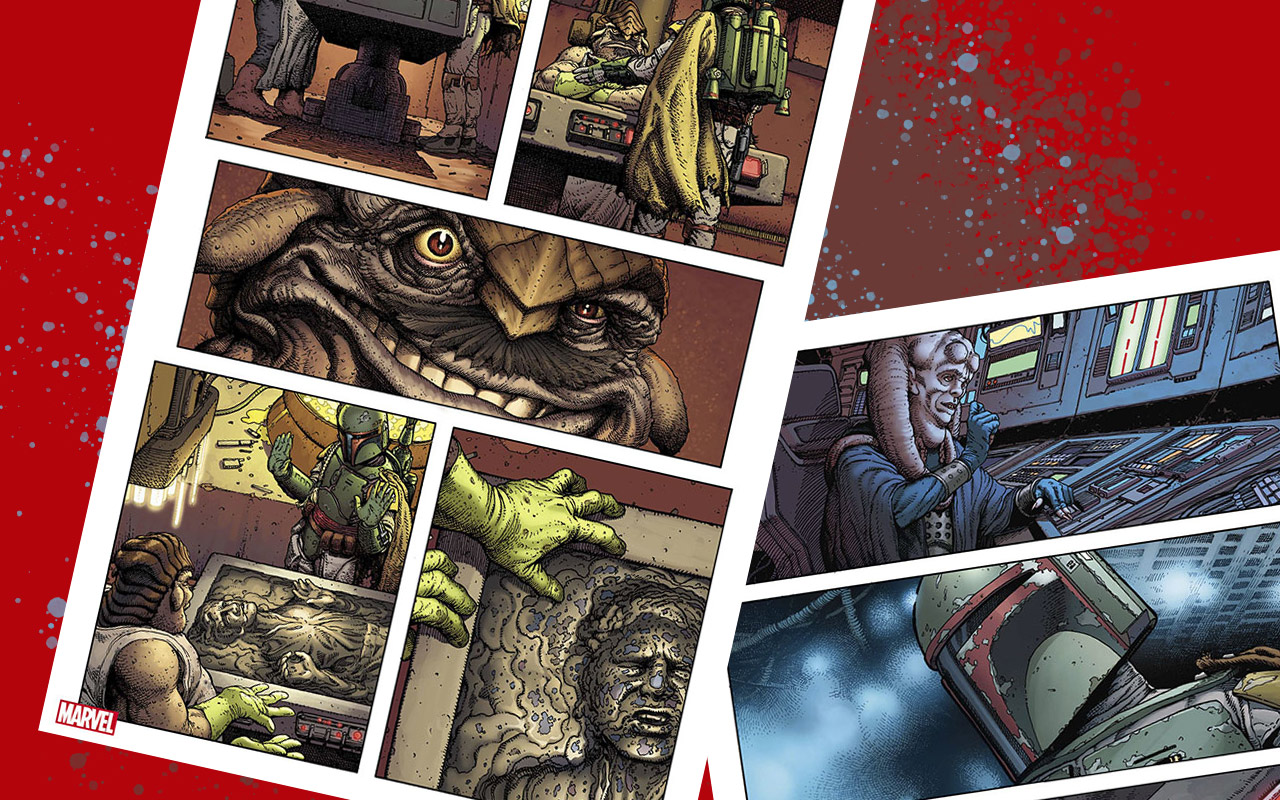 “The main story that we’re dealing with is a Boba Fett-focused crime epic, that involves Boba Fett going up against some of the heaviest hitters in the galaxy. It’s Jabba the Hutt. It’s Black Sun. It’s Darth Vader. And a bunch of others — factions and so on — that I think will be really interesting for the fans. It’s basically Boba Fett, by himself, against all of these people.”

So you’re going to need to get into the following comic book series to understand everything that’s going on.
• War of the Bounty Hunters (miniseries)
• Darth Vader
• Doctor Aphra
• Bounty Hunters

All of these comics are Marvel Comics, and they’ll all be available in both digital and physical paperback editions. These comics will generally be available to the masses with a new issue each month – so prepare your pocketbook as soon as possible! We’ve been recapping and analyzing Darth Vader in recent months – and we’re getting into the rest soon!