If you’ve been reading the latest official canonical Darth Vader comic book, you know it’s wild. You know that Darth Vader (started in 2020) filled a gap in time when we didn’t really know what was going down with Darth Vader between The Empire Strikes Back and Return of the Jedi. What we’ve learned so far changed the way we saw the relationship between Vader and The Emperor. In Darth Vader 10 (release date February 10, 2021), an epic clash is about to take place. This is your one and only SPOILER ALERT if you’ve not already read these comics.

As we saw in the first few comics, Darth Vader came in contact with some characters we were SURE were already dead. In the most recent set of comics in this same series, we saw how Vader got in contact with characters and set pieces from the sequel movies – The Force Awakens, and so forth. 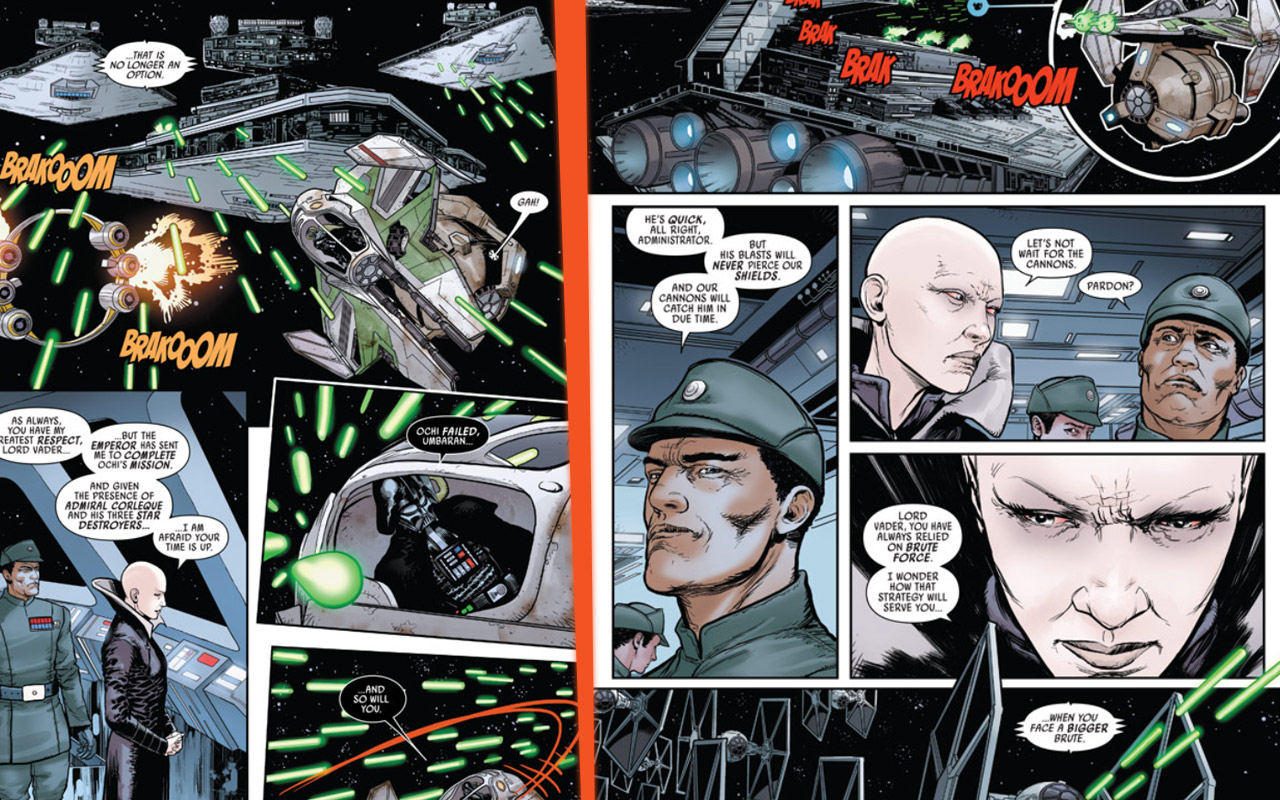 Now, Darth Vader 10 is about to be released. We know that Vader found a Sith Wayfinder and has Ochi onboard his ship. Ochi is that character whose corpse we see in The Last Jedi on that same planet we encounter Lando.

In this new comic, Vader is headed to Exogol. If he gets there, he’ll learn all the secrets we’d only otherwise learn in The Rise of Skywalker. We can’t have that, can we? 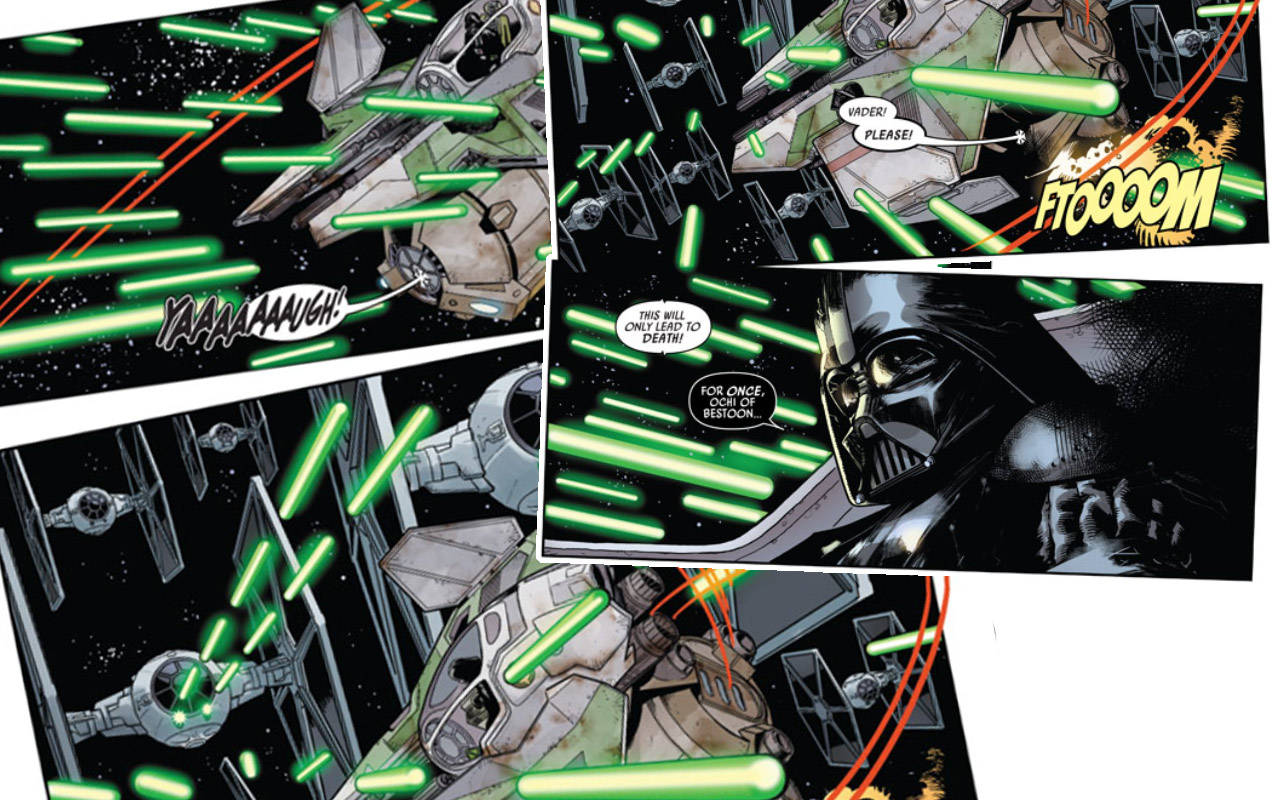 Based on what we’ve been sent by Star Wars official, the comic will show the Emperor attempting to assassinate Darth Vader – like he did earlier in the series with Ochi. Since Ochi failed, the Emperor sent Sly Moore, an Umbaran and one of the few people in the galaxy with knowledge of Palpatine’s Sith powers before he rose to the rank of Emperor.

Now that The Emperor is making more than just a passing attempt to murder Darth Vader, more than once, in light of his failure to bring Luke Skywalker to heel – how does this affect how we see Return of the Jedi? 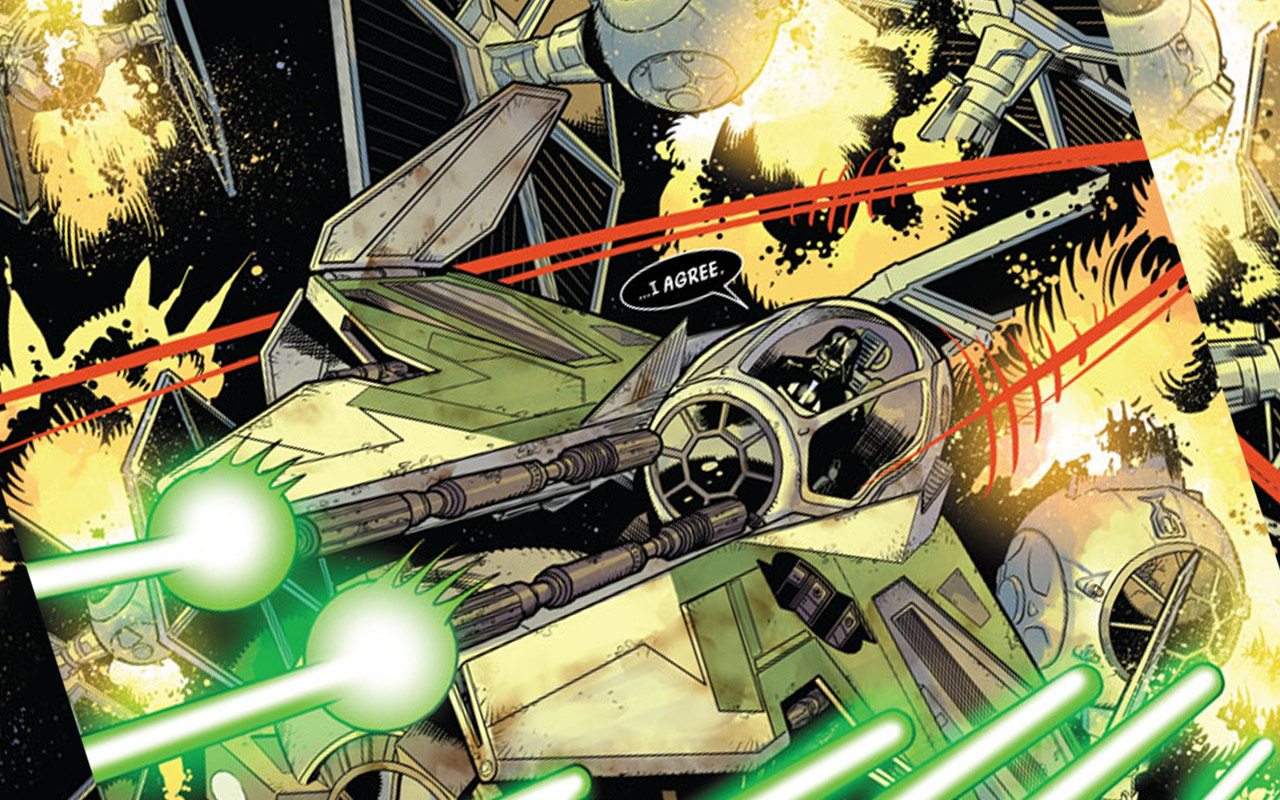 We’ll have to see the rest of the comic series to be sure, but really – this makes Darth Vader’s turning against the Emperor seem a lot more likely. If we’re only looking at the movies, Vader’s turning had mostly to do with the finding of his son, and the realization that he also had a daughter.

Now, as we see Darth Vader being pushed over the edge by The Emperor’s efforts, Vader’s betrayal of his master feels more dark. He’s got a reason to kill Palpatine that’s not quite so cut-and-dry or strictly GOOD as it once was. Instead of killing Palpatine for the love of his children, Vader’s also killing Palpatine because he is ANGRY.

Did Darth Vader really redeem himself at all? What other doors does this new plot key unlock?