A new canon (read: part of the official Star Wars story) comic book revealed a twist in the Star Wars universe the likes of which we’ve only ever seen in movies before. Star Wars hasn’t been one to shy away from twists in storyline, not since the first film – but now, here, something has happened. In a comic book released here in the first weeks of 2020, Darth Vader went searching for secrets about his past, and what he found was… quite unexpected. NOTE: The following contains SPOILERS for the 2020 comic book Darth Vader #1 from Marvel Comics!

The Darth Vader (2020) comic book series begins with a story called Dark Heart of the Sith. This “Part I” suggests that we’ve dropped in just after the tail end of Star Wars: The Empire Strikes Back. This is a place where we’ve experienced some of the most fantastic stories in the past 30 years, including the 90’s classic Shadows of the Empire. But that story – and a whole bunch of other stories – have since passed into legend.

SEE TOO: How the Rise of Skywalker’s Sith blade unlocks the future of Star Wars

Here in 2020, we’re starting fairly fresh when it comes to the period between The Empire Strikes Back and Return of the Jedi. For Darth Vader, anyway – without this comic series, we’ve got very little idea what the Dark Lord of the Sith was up to in this brief period in time.

In Dark Heart of the Sith in Darth Vader (2020), writer Greg Pak and artist Raffaelo Ienco (and letterer Neeraj Menon and cover artist InHyuk Lee) have taken up an epic task! They follow Darth Vader on his quest, a new quest that begins just after he’s confirmed another most-unexpected notion: He has a son – and his son is Luke Skywalker, none other than the rebel responsible for the destruction of the Emperor’s prized space station, the Death Star! 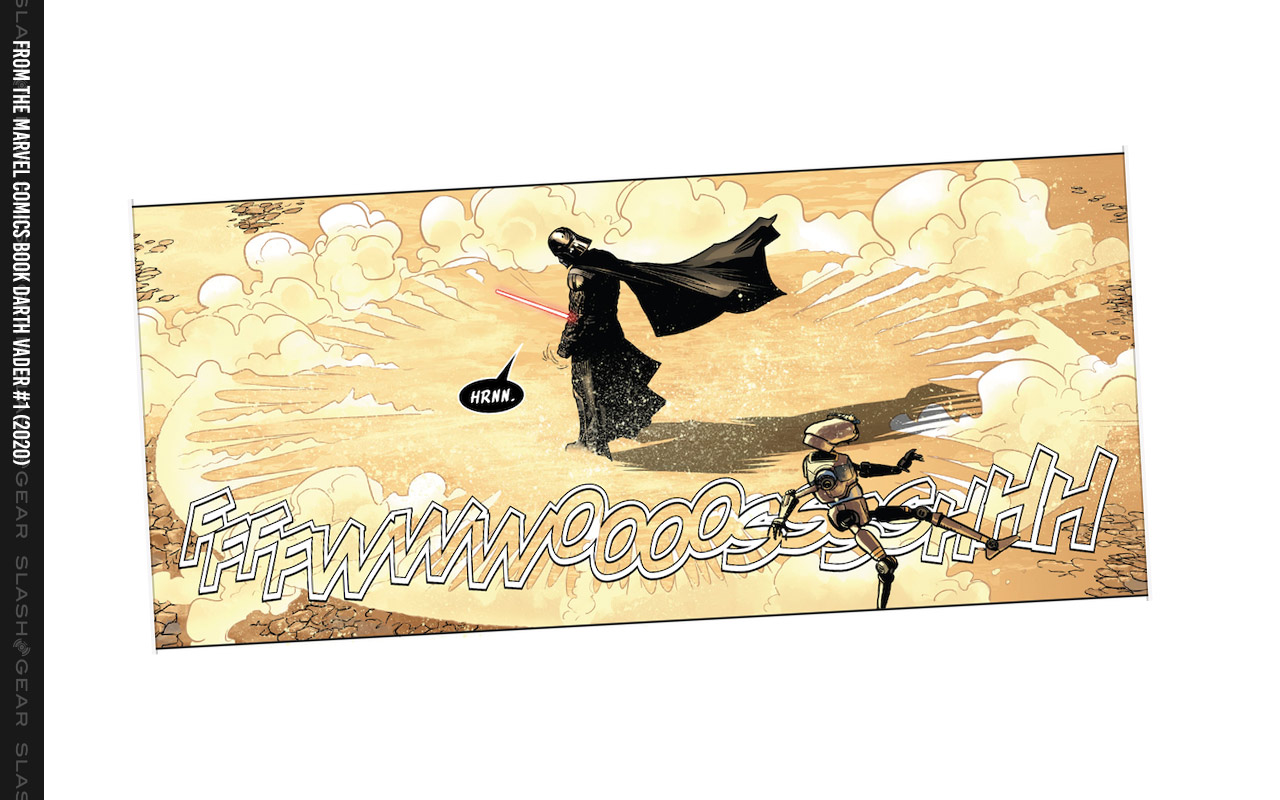 Darth Vader begins by sorting through the thoughts of the dark lord, as he begins his search for Luke Skywalker with the assistance of several Death Troopers. He’s also joined by the droid Z-67, aka “Forensics droid zed six seven”, as he suggests.

Vader moves to gain answers from “everyone who hid the boy from me…” tracking back to “wherever the boy was first seen.” Vader stops by Tatooine, finding that the former homestead of the man who’d freed his enslaved mother then remained in the family, to his stepfather’s son, Owen Lars, and his wife Beru, who mysteriously found themselves raising a boy with the last name Skywalker. 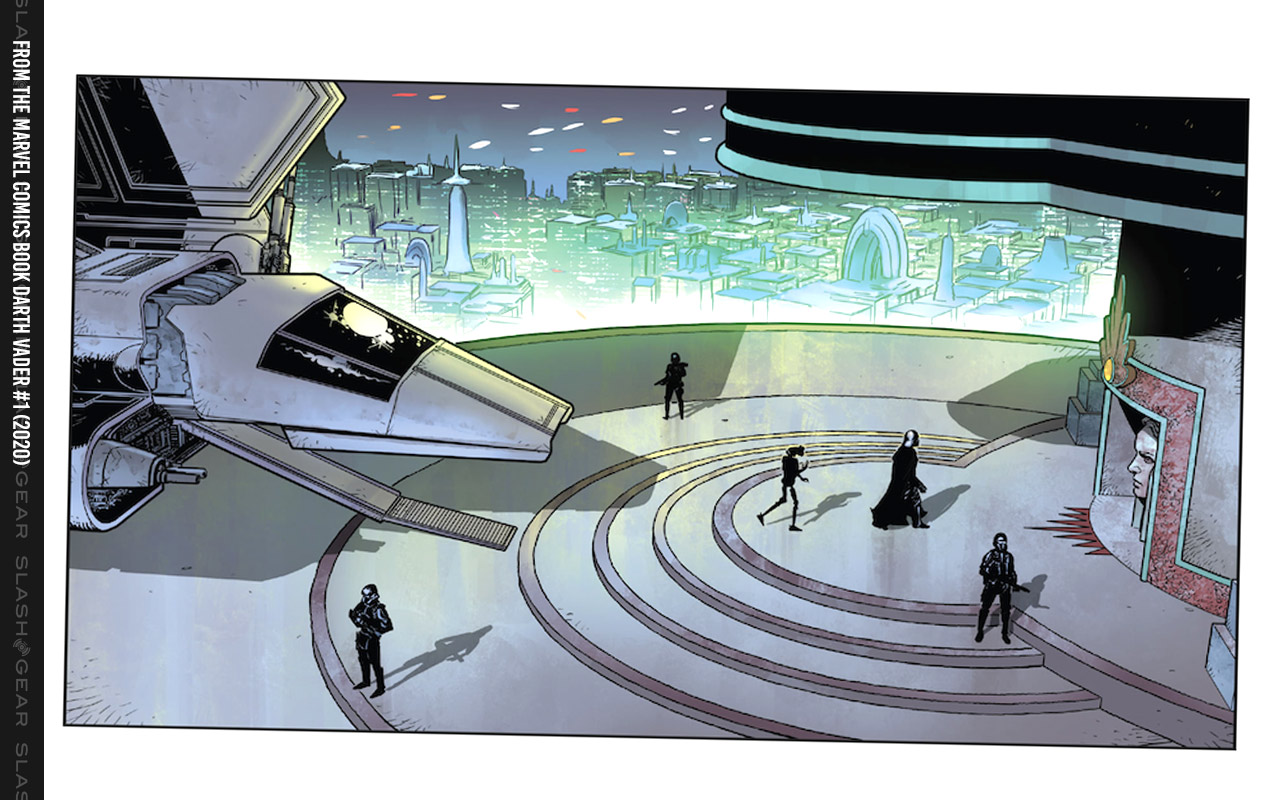 Vader and Z-67 move to Coruscant, where they seek answers in the former home of Senator Amidala. The apartment remained sealed and untouched since her death, in honor of her memory. In said apartment, Z-67 finds a “scout transmitter” which, despite its small size, sends signal to another world.

The planet Vendaxa plays host to wild bug-like beasts slightly larger than humans, and a sort of military base. Inside the base is a set of (quickly massacred) humanoids with outfits indicating their allegiance with rebel forces. After destroying the masses at the entryway to this base, Vader finds something he did not expect… he sees…

Someone who shouldn’t be there. Someone who couldn’t possibly be there… could she? 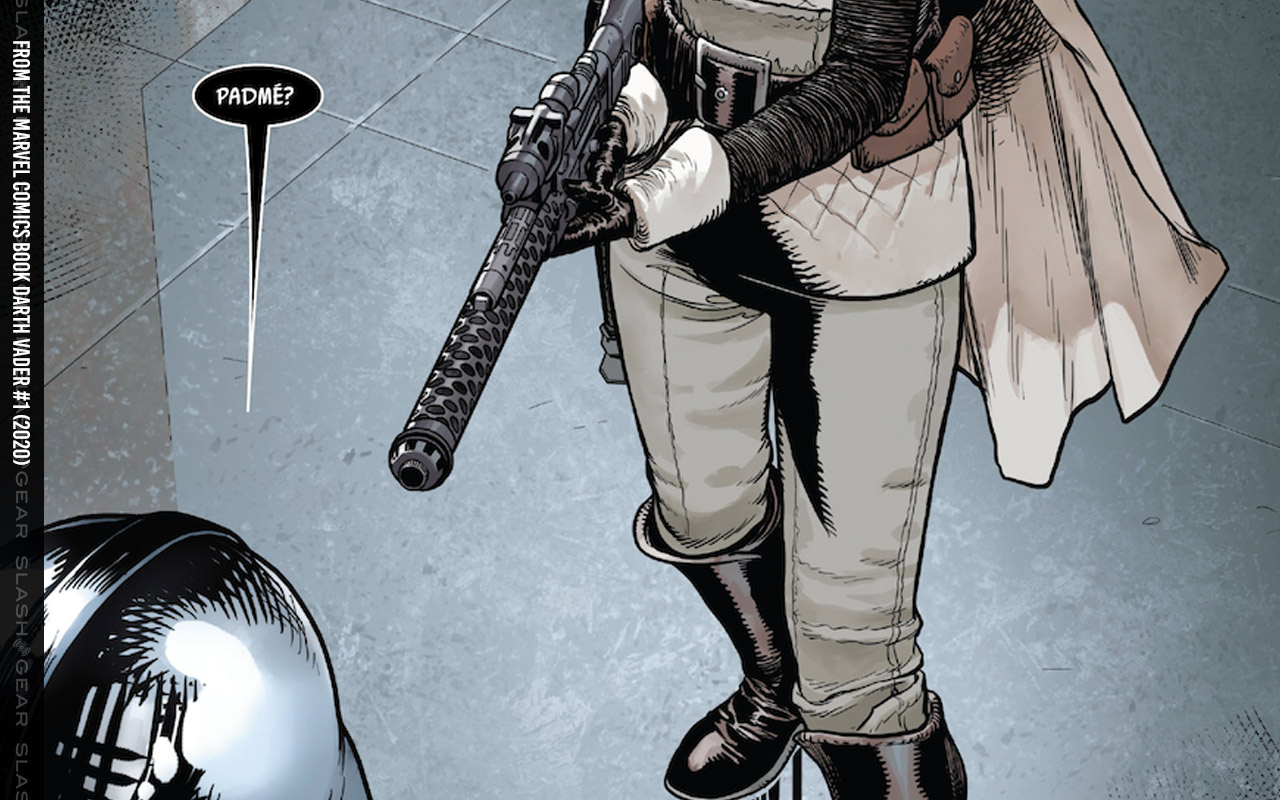 “As with the rest of our new Star Wars comic line for 2020, setting this at the end of The Empire Strikes Back gives us some prime ground to cover,” wrote Mark Paniccia, Senior Editor for Darth Vader (2020), in said comic.

“Our friends at Lucasfilm made us privy to some very cool elements from The Rise of Skywalker … and after a few conference calls with them, Greg began laying the groundwork to what we thing will be a story for the ages… one that will touch on all three trilogies and explore the mysteries that led to the rise of Vader.”