In the movie Star Wars IX: The Rise of Skywalker, there’s an artifact called Ochi’s blade. That in and of itself is not a spoiler, but at this point I do need to warn you that this is your last chance – SPOILER ALERT is in effect for the newest Star Wars movie as of press time for this article. If you’ve not seen Star Wars: The Rise of Skywalker, I urge you to turn back now – but return and read the following once you’ve left the theater!

The blade in the plot

In the movie Star Wars: The Rise of Skywalker, we get to know a great many things about the main characters, and the plot that’s unraveled over the past 8 films in the Skywalker Saga. The blade is found onboard a ship (Bestoon Legacy) in a desert near a city on the planet Pasana. 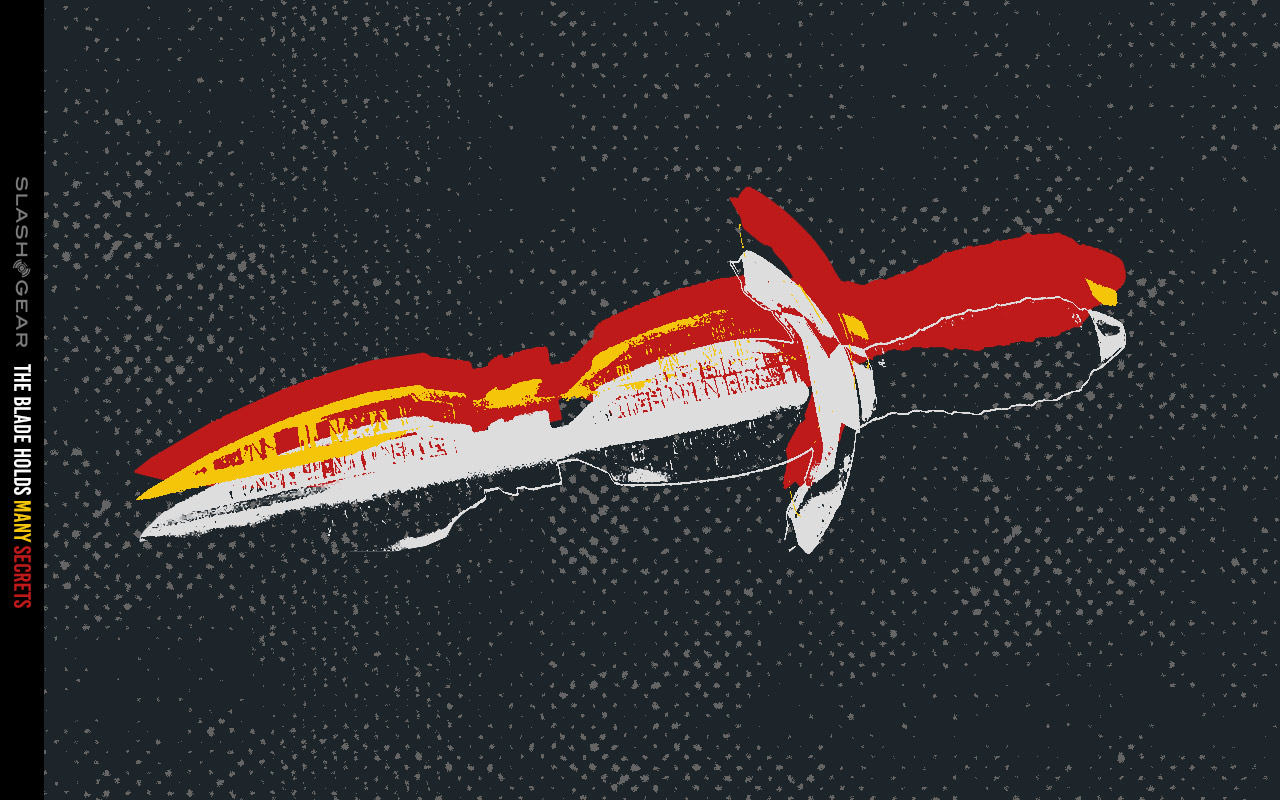 Ochi’s blade is inscribed with runes in the language ur-Kittât, aka “Old Tongue” or Sith (as in, the secretive language spoken by the Sith.) At the time at which it is recovered in Rise of Skywalker, only C-3PO is able to decipher its secrets.

C-3PO is unable to translate the inscription in the blade because it is written in a “forbidden” language and therefore against his programming to speak aloud or transcribe. Once reprogrammed by the cutest engineer in the world, Babu Frik, C-3PO translates the message as follows:

“The Emperor’s Wayfinder is sealed inside the Imperial vaults at Delta-4-6 transient 9-2-6 bearing 8-4 on a moon in the system of Endor.” 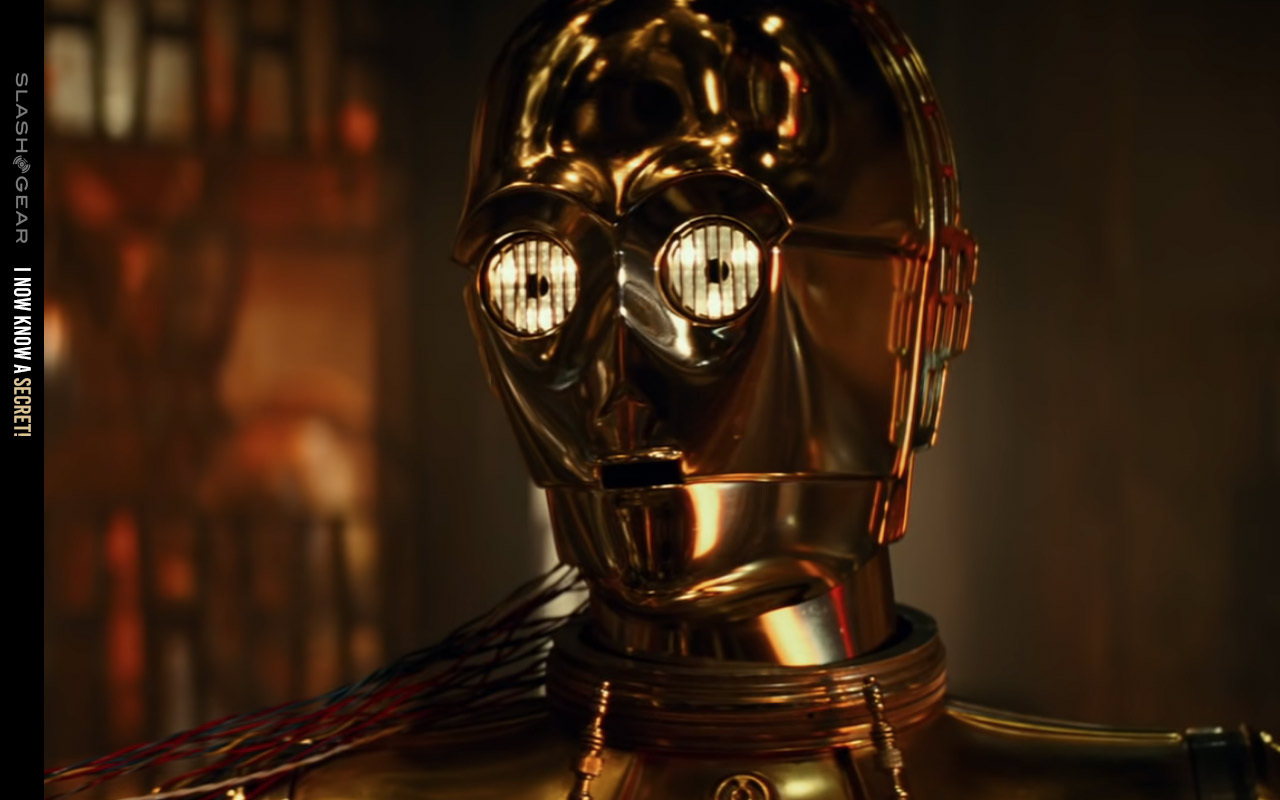 That moon is Kef Bir, in the Endor system. As it turns out, that moon was close enough to the battle of Endor (as seen in Return of the Jedi) to have played host to the crashed remnants of the Death Star II. Once our heroes arrive on the moon, they land near the crashed bulk of the space station.

Upon approach of the runes, Rey holds aloft Ochi’s Blade and pulls a “measurement arc” from its crossguard. Per the official Visual Guide for The Rise of Skywalker, “Crossguard conceals measurement arc for use in pinpointing missing wayfinder’s location.” 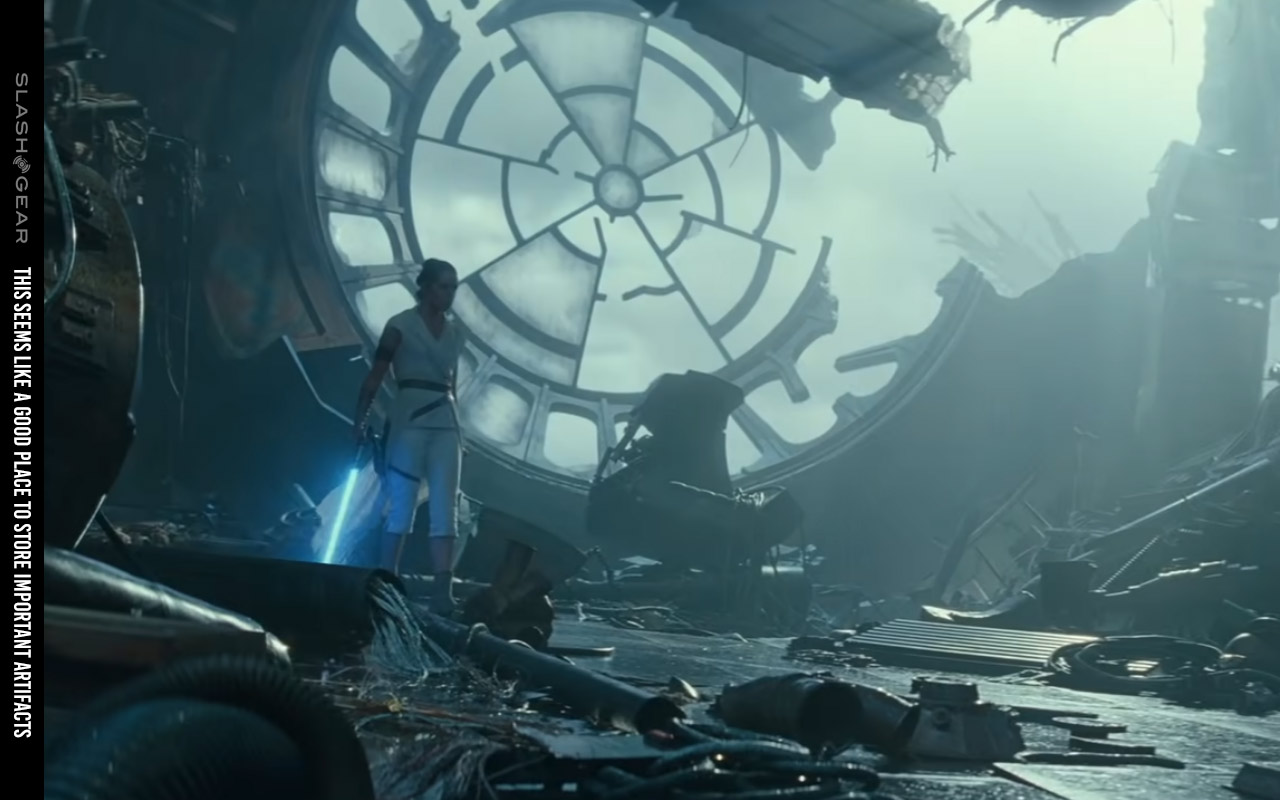 Once Rey extends the arc, she’s able to match up the shape of the edge of the blade with that of the cracked and broken runes of the Death Star II. With the broken edges of this bit of the Death Star II aligned, the measurement arc points to what Rey deduces is the “vault” they seek – to then send them on their way to finding the next artifact that’ll eventually send them to the secret Sith world of Exogol, wherein they shall find the last remnants of the Empire.

Leap after leap of faith

Ochi’s blade (aka the Sith blade, or dagger) is just one piece in the massive puzzle that is The Rise of Skywalker, which in turn is but one piece of the ever-growing Star Wars universe. The following leaps of faith must be made to accept the section of plot that we’ve outlined above:

This is madness:
• Bestoon Legacy sat dormant for over a decade on the outskirts of a city on the planet Pasana without being completely stripped for parts.*
• Bestoon Legacy “” without being completely destroyed by sandstorms.
• Bestoon Legacy “” AND remains capable of flight.
• Ochi took the time to painstakingly etch ancient runes into the sides of a metal blade that, when translated, give coordinates to a vault.
• …which is located in the crashed remnants of the Death Star II…
• …which itself is in a highly volatile sea, which would definitely put said vault (and it’s contents) at great risk of being lost.
• The blade’s edge matches up with the broken edge of one part of the broken Death Star II.
• Rey and our heroes miraculously arrive at the Death Star II from the angle at which the blade can properly align with the broken bits of metal edge of the crashed space station.
• BONUS: Ochi’s blade was used to murder BOTH of Rey’s parents – of course it was!

*SEE: The Mandalorian: Episode 2, to see why a ship in Star Wars isn’t likely able to sit on its own for long periods of time, especially in a desert and especially near a town or city. If sandstorms didn’t rip it to shreds over the course of more than a decade, scavengers would definitely take every part worth even the smallest amount in trade. 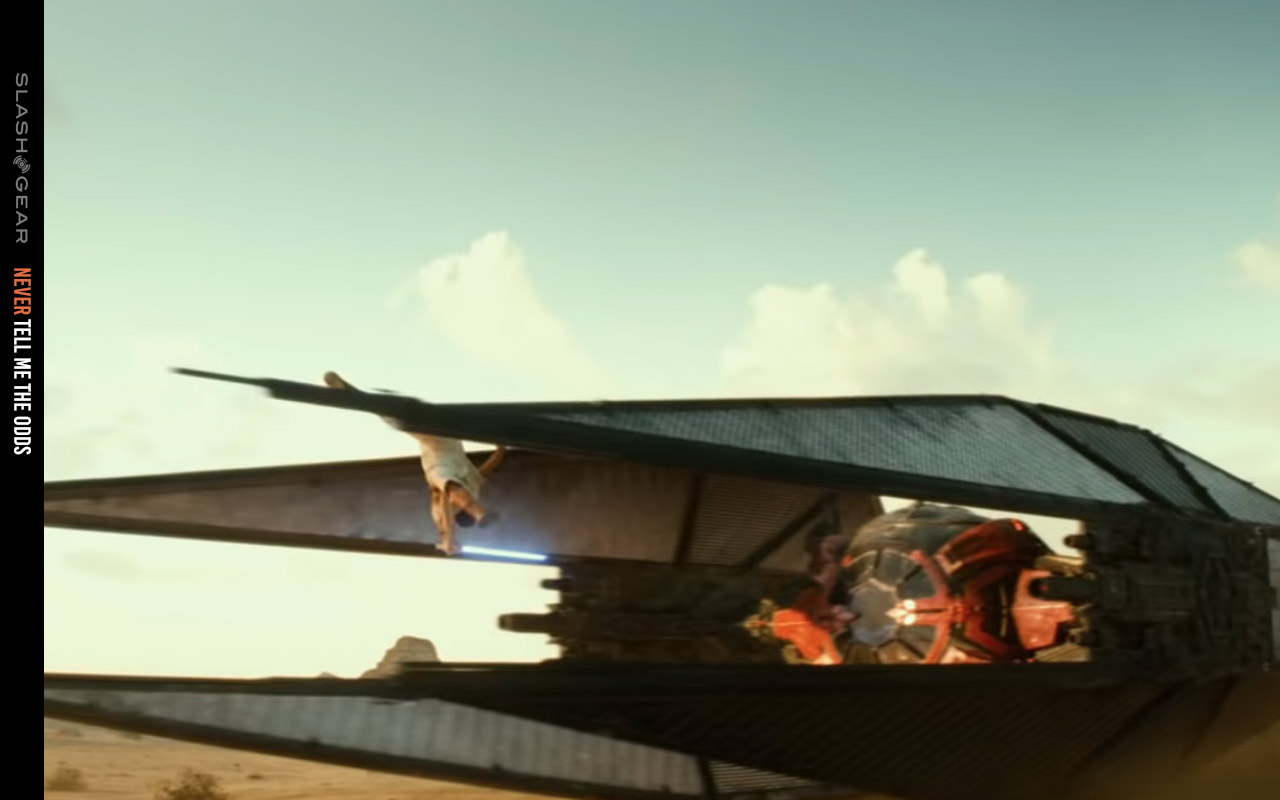 The creators of Star Wars: The Rise of Skywalker went all-in on fantastical and extremely improbable events for a wild ride the whole movie long. But that’s Star Wars. They’ve gone all-in since the beginning!

This entire overarching plot relies on the idea that when an escape pod was launched from the Tantive IV after Princess Leia and her Rebel friends were captured, an imperial gunner did not destroy said escape pod. If that one officer hadn’t said “Hold your fire. There are no lifeforms onboard. It must have short circuited.”

Boom, end of plot, end of Star Wars. But that’s no fun. That’s something that happens in real life. Things are messy in real life, and extraordinary things don’t often happen.

Star Wars is a place where extraordinary things happen, and “never tell me the odds” is at the very core of our required suspension of belief. Because of that, this most extreme Star Wars makes perfect sense. Because of the near-impossibility of the events that occur in every Star Wars movie to date, Ochi’s blade is the key. 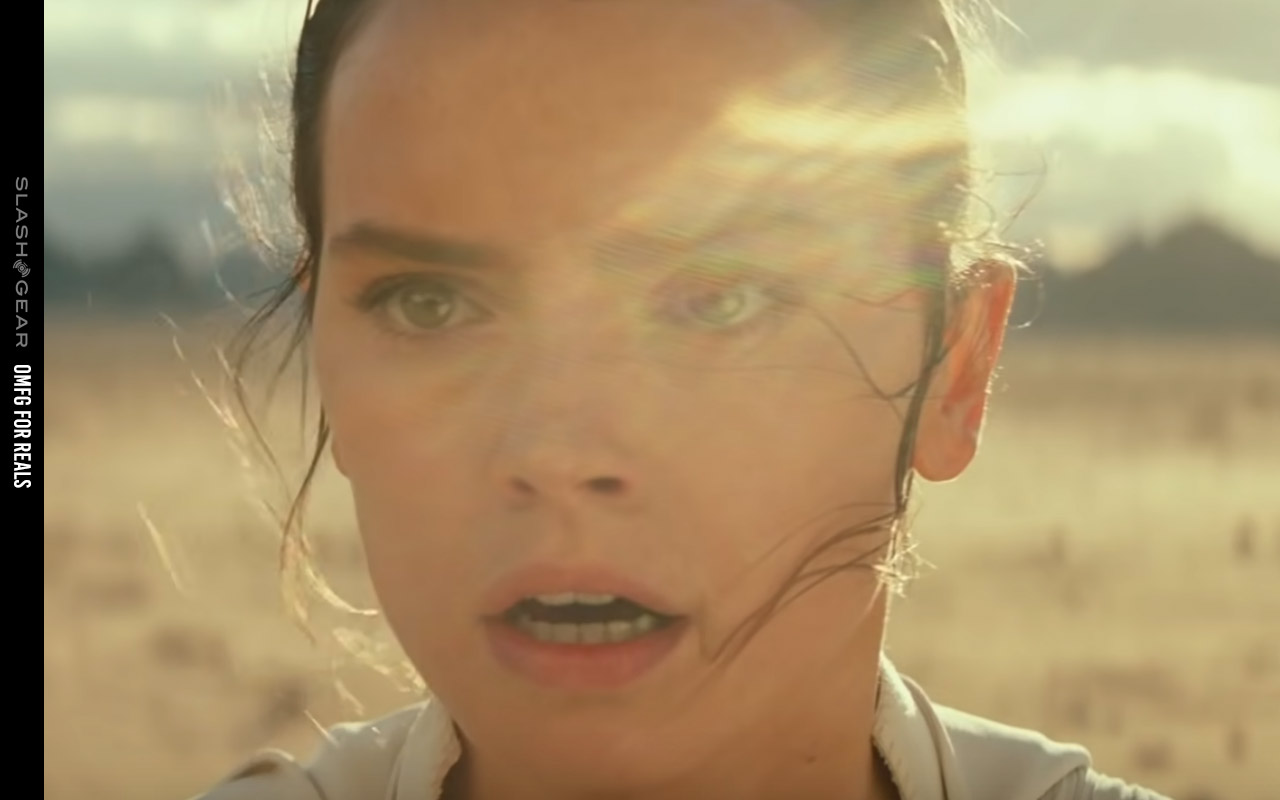 Every single detail about Ochi’s blade is bonkers – the odds that it wasn’t lost or stolen, that it was found, that it was made in the first place, that its edge aligned with the broken bits of the Death Star II, and so on, all of it.

Isn’t that what we all want?