Sonos Roam reviews may have dropped this morning, but the new portable speaker isn’t the only thing the company is getting excited about, with the prospect of a new IKEA Symfonisk launch in the pipeline. The collaboration between Sonos and IKEA broke cover back in 2019, with two initial products tapping the multi-room audio tech of one company and the low pricing strategy of the other.

Most affordable was the IKEA Symfonisk bookshelf speaker. At $99, it’s half the price of a Sonos One, though with similar audio performance. It’s also designed to be positioned either horizontally or vertically, and can even be wall-mounted as a shelf. The Symfonisk table lamp speaker, meanwhile, combined a cylindrical Sonos speaker with a light fixture, and was slightly more expensive – though still very affordable in Sonos terms.

Both were well-received, and IKEA followed up with a simple remote for those wanting to do the basics without opening the Sonos app. However since then we’ve not heard much from the partnership, though both companies have insisted that they’re still collaborating. Now, it seems, we’re about to see something new.

Sonos and IKEA have begun teasing a new Symfonisk addition, in their Instagram stories, Pocket-lint spotted. It’s not much to go on – “Looks Like Symfonisk” the brief clip reads, before showing the two companies’ logos – and a Sonos spokesperson was similarly coy. After confirming that there were indeed “products we’re working on together” they declined to give a specific date when we might see the results of those efforts.

Still, there are some hints, not least from recent FCC filings. IKEA FHO-E1913 is a “wireless device” that was submitted earlier this year, and most of the details have been locked down under a confidentiality agreement. However, the FCC test report does share some tidbits. 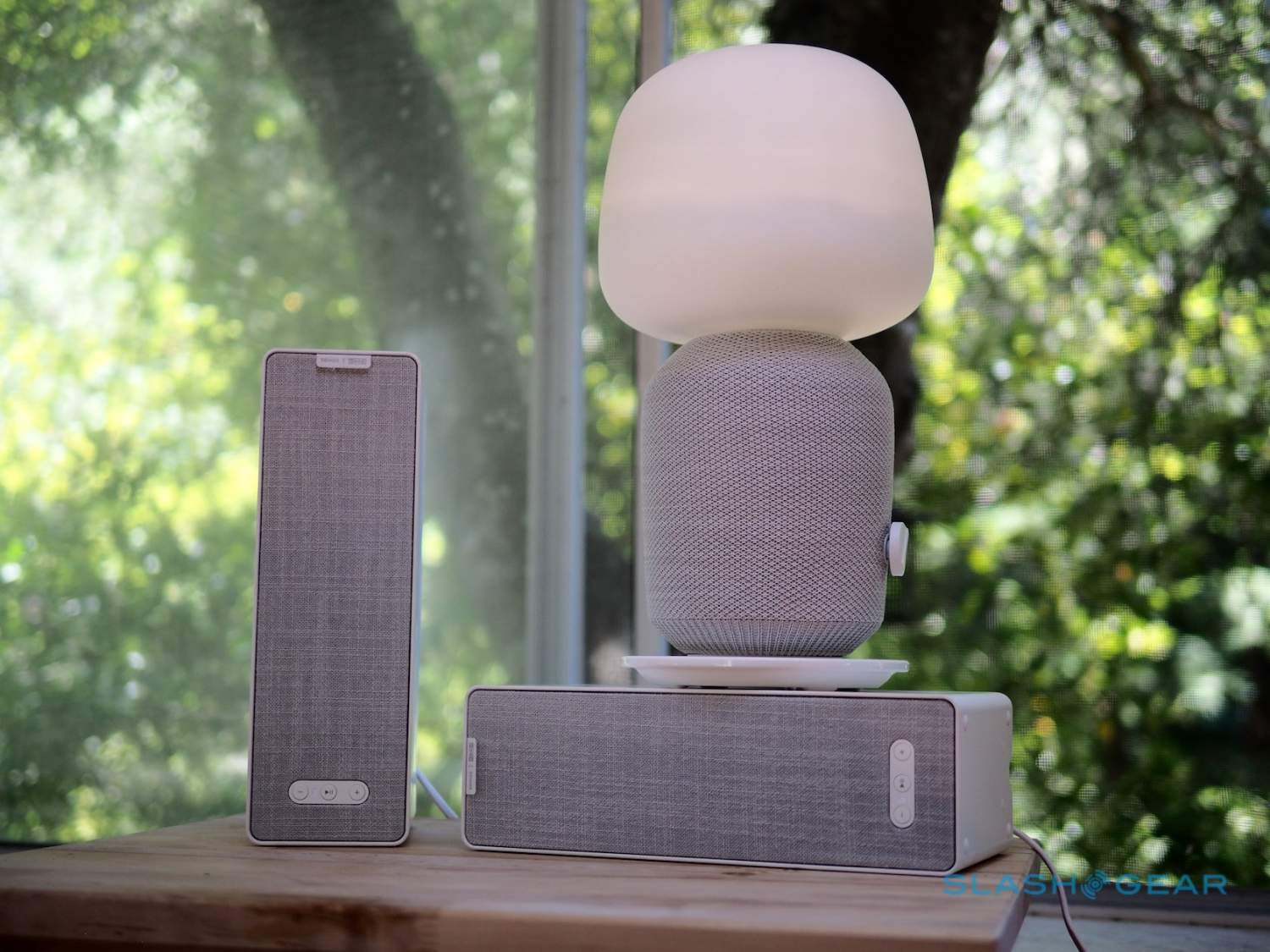 It’s certainly a speaker, since the FCC says it tested the E1913 “powered on and playing music as normal operating mode.” There’s both WiFi and an ethernet port, and the FCC used the Sonos app to control it. The external FCC label is shown as being fixed to the rear of a square device, though that’s not always a concrete indicator of eventual form-factor. No word on whether there are microphones: the current Symfonisk speakers don’t support assistants like Amazon Alexa or Google Assistant, as many Sonos speakers do.

That still leaves plenty of possibilities, including a larger or smaller version of the bookshelf speaker, or indeed a different shape of table lamp. There’s an AC connection on the device, whatever it is, so it doesn’t look like IKEA will be competing with Sonos Roam or Move quite yet. With the teasers already starting, it seems fair to assume we’ll hear more about the new device sooner rather than later.

Update: Adding to the rumors, The Verge weighs in with talk of a piece of art that’s also a Sonos speaker. Apparently codenamed “Titan,” it’s said to be an attempt to integrate music with wall art. Right now whether that’s a frame with integrated speakers, or a removable module that attaches to IKEA art, is unknown. Their source says that a second product will be a new version of the Symfonisk table lamp.