Sony may have just announced the 1 TB version of the PlayStation 4, which differs only in the storage capacity, but over in Japan, it has launched a variant that has more substantial changes than that. While it’s still not the fabled PS4 Slim, the PS4 CUH-1200 does slim down on a few things while still retaining the original external proportions. It has toned down the number of RAM modules used, which in turn reduces power used, which, in turn, also affects the noise that the cooling fan makes.

Nearly two years in the market, the PS4 has yet to receive a major refresh, like that long awaited Slim version. While this is hardly a major revamp, this is probably the closest that we’ll get until that fated day. Externally, the CUH-1200 differs very little from the current model, aside from the loss of gloss and rearrangement of the rear side ports. The biggest differences, however, are inside.

The motherboard, for example, is noted to be smaller, but not small enough for Slim proportions. That’s because it probably still uses the same 28nm CPU instead of a smaller one. The most significant change here, though, is the RAM. Whereas the launch model used a total of 16 DDR5 modules to make up 8 GB of RAM, the CUH-1200 reduces that to only 8. Aside from saving space, this also means that only 8, not 16, modules require power, lowering the power draw. 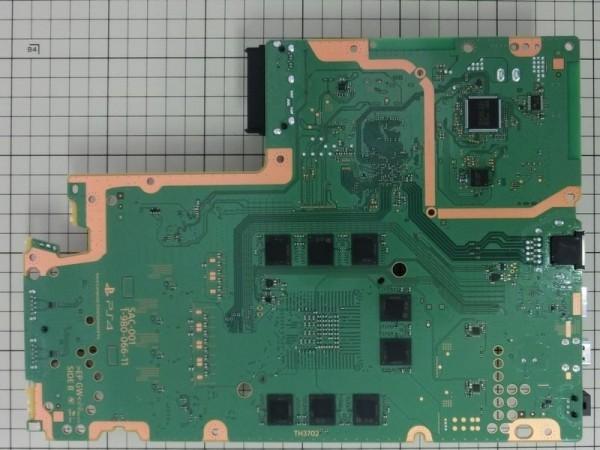 That power draw is also one of the major yet also unseen change in this new model. The new power supply unit is noted to be 80 g lighter and has a lower power output, testifying to the new version lower power requirements. In fact, the power draw has measured at 122 watts, which is 18 percent lower than the older model’s 148.6 watts. While the main cooling fan is the same, tests revealed that it produces less noise. This is probably due to the fan spinning at a slower rate since heat and power have been substantially lessened.

Sadlly, all these can only be enjoyed by the Japanese market, at least for now. There is no word yet on when, or if, Sony plans to bring the CUH-1200 to other countries. Its existence, as well as that of the 1 TB PS4, does hint that Sony might not be in a rush to put out a PS4 Slim just yet. One could also hope that the company outs the PS4 Slim for Western audiences while the CUH-1200 remains in Japan, but that might be a fool’s hope in the end.