Mitsubishi’s new Outlander PHEV is coming to the US, but would-be drivers of the plug-in hybrid will have to be a little patient, the automaker has confirmed. The new Outlander PHEV will be based on the same three-row platform as the current, gas-only 2022 Outlander, but add in more electric driving range among other improvements.

In fact it’s a whole new generation of PHEV system, Mitsubishi promises. It’ll have improved motor output and a larger battery than the current Outlander PHEV, for greater performance and a bump in range.

Inside, meanwhile, there’ll be support for the same three rows of seating as its gas-only counterpart offers right now. The dashboard and cabin tech will also get a marked update, based on the new 2022 Outlander, which arrived in North America in April of this year. However, the PHEV version is expected to qualify for US federal tax incentives for electric vehicles.

That eligibility is part of what makes the current Outlander PHEV so appealing. The SUV – which first launched in the US in 2016, as a 2017 model year vehicle – has twin electric motors for all-wheel drive, and though its sticker price is $36,695 (plus $1,195 destination) it’s eligible for up to $6,587 of federal tax incentives. That helps take some of the sting out of the relatively low 24 miles of electric-only range. 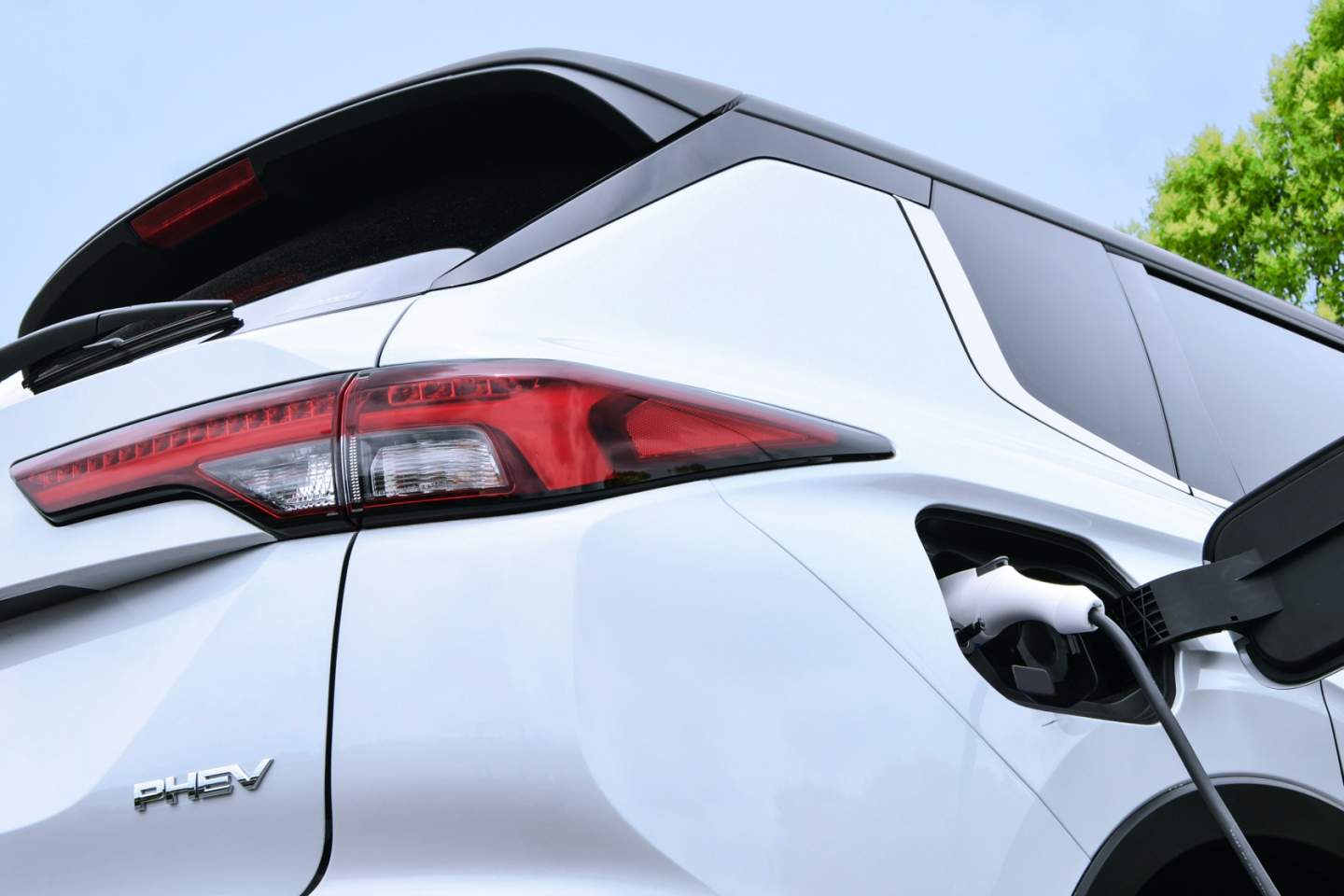 The new Outlander PHEV will launch in Japan in the second half of the current 2021 fiscal year, which means sometime between October 2021 and March 2022. It’ll arrive in the US, meanwhile, in the second half of the 2022 calendar year. Mitsubishi hasn’t given any hint on pricing yet, but the automaker has built a reputation in recent years based on affordability, and it seems likely it’ll be aiming to keep the Outlander PHEV as one of the more attainable electrified models out there.

The non-hybrid 2022 Outlander starts at $25,795 plus destination, and is notable for a distinct uptick in overall quality and design. Much of that is down to the shared platform with Nissan’s Rogue, with the latest Outlander using the CMF-CD platform developed as part of the Renault–Nissan-Mitsubishi partnership. The interior – and the dashboard in particular – closely resembles that of the Rogue, though Mitsubishi’s SUV does distinguish itself by offering a three-row configuration versus Nissan’s two-row layout.

Combining that, with the new styling and an increase in electric range, could well address all of our criticisms of the outgoing Outlander PHEV. In our recent review, we praised the SUV’s affordability, its standard DC fast charging, and its relatively high level of equipment, but were left underwhelmed by the driving experience and the cabin design and layout.