Samsung’s big Galaxy Z Fold 3 event is still a week away, but leaks have progressively pared away at the surprises for the next foldable phone flagship. At first glance, you might be forgiven for thinking that the changes are moderate, but it certainly looks like Samsung has addressed many of the key frustrations from its first two iterations of Galaxy Z Fold.

That’s important, since Samsung has been leading the field when it comes to foldable devices like this. At the same time, it’s also charging a premium price for its foldables, a reflection of the fact that AMOLED panels you can crease without breaking is still cutting-edge tech.

Multiple leaks have given us a firm outline of what the Galaxy Z Fold 3 will offer, but a new leak today from the ever-dependable WinFuture has shared more details. The Galaxy Z Fold 3 5G will have a 6.2-inch external display running at 2268 x 832 resolution, and a 7.6-inch folding panel on the inside. That will run at 2208 x 1768 resolution.

Importantly, both screens will have a 120Hz refresh ratio for smoother scrolling, and both will use Corning’s Gorilla Glass Victus, it’s reported. That should make it considerably more scratch-resistant, key since Samsung is also making 2021’s Z Fold flagship compatible with its S Pen stylus. Holding it back there previously had been concerns that the stylus’ tip could scratch earlier versions of the softer inner screen. 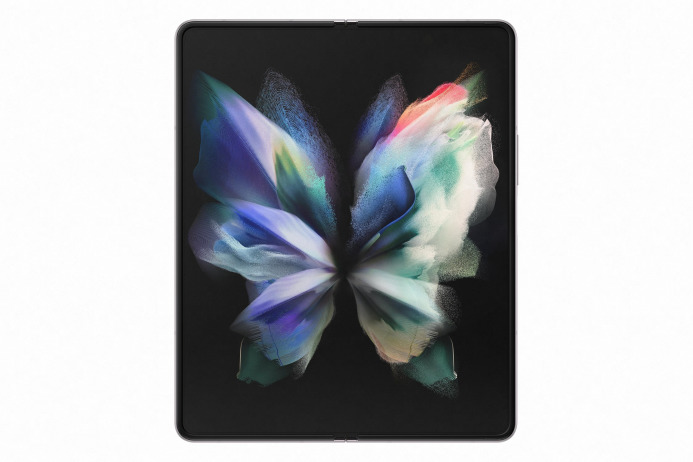 As for the hinge itself, while the Galaxy Z Fold 2 seemingly addressed the clamshell concerns of the original Galaxy Fold, Samsung is taking no chances this year either. According to the leak, the Galaxy Z Fold 3’s hinge has been tested to survive up to 200,000 folds. That works out to opening or closing it 100+ times a day, for five years.

Beneath the inner screen is a new under-display selfie camera. It’s a first for the Galaxy Z Fold series, and though there have been some concerns about clarity given the sensors will be shooting through the AMOLED panel itself, the specs on paper at least are solid. We’re told to expect a 4-megapixel sensor with f/1.8 optics, while a 10-megapixel camera with f/2.2 optics is on the front to be used when closed.

The other cameras, as previous leaks have outlined, will offer a similar triple-sensor array as we saw from the Galaxy S21 series. That includes a 12-megapixel main camera with OIS and f/1.8 lens, a 12-megapixel ultra-wide with fixed-focus, f2.2, and a 123-degree field of view, and finally a 12-megapixel zoom with OIS and f/2.4 lens. There’s up to 8K video recording.

Qualcomm’s Snapdragon 888 is expected to be inside, with 12GB of memory and either 256GB or 512GB of storage. OS is Android 11 with Samsung’s OneUI 3.1, and there’s of course 5G, Bluetooth 5.0, WiFi 802.11ax, and dual SIM support. The 4,400 mAh battery should support fast wired charging and wireless charging, and Samsung is still apparently including a fingerprint sensor.

While the key specs may already be known, the biggest question is still to be confirmed: just how much the new Samsung Galaxy Z Fold 3 will actually cost. We’ll find out more on that next week, with Unpacked 2021 kicking off on August 11.