New AirPods could use bone conduction, or Apple may wait for AR Glasses

Your next AirPods could use bone conduction for enhanced audio transmission. The most recent plans for this AirPods upgrade appears in the form of a patent application from Apple. In the plans, Apple shows a combination of elements, the likes of which would require a bit more than a pair of earbuds – but not quite a whole helmet-bound headset.

In the figures and drawings shown by Apple via the USPTO, the device Apple patents has earbuds, a strap that reaches from ear to ear around the back of the head, and a set of tech bits embedded into the strap. The strap included a micro controller, user controls (at the temple), and a bone conduction transducer. 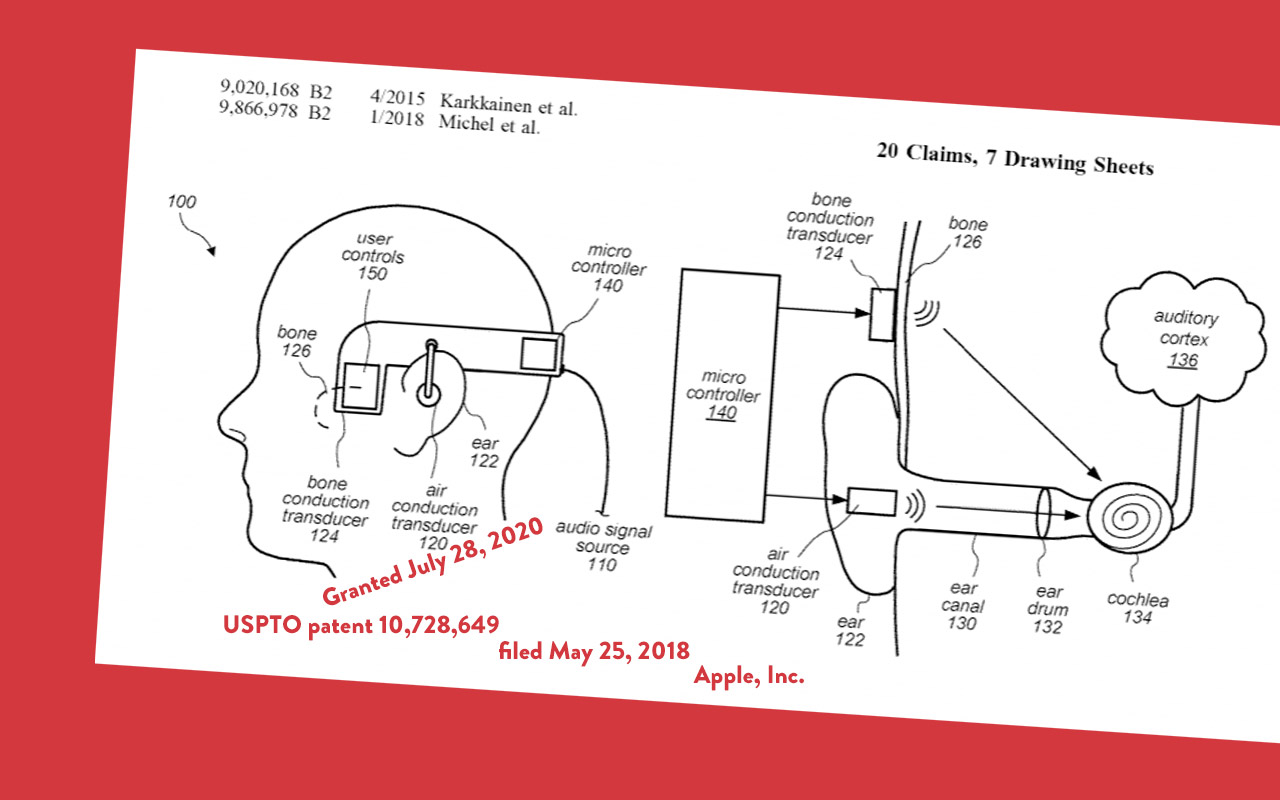 Part of the benefit of this system is that it does not block the ear canal from outside audio sources. It’s not like the vast majority of personal audio devices which focus on the blocking of all audio outside the audio delivered by the audio device. 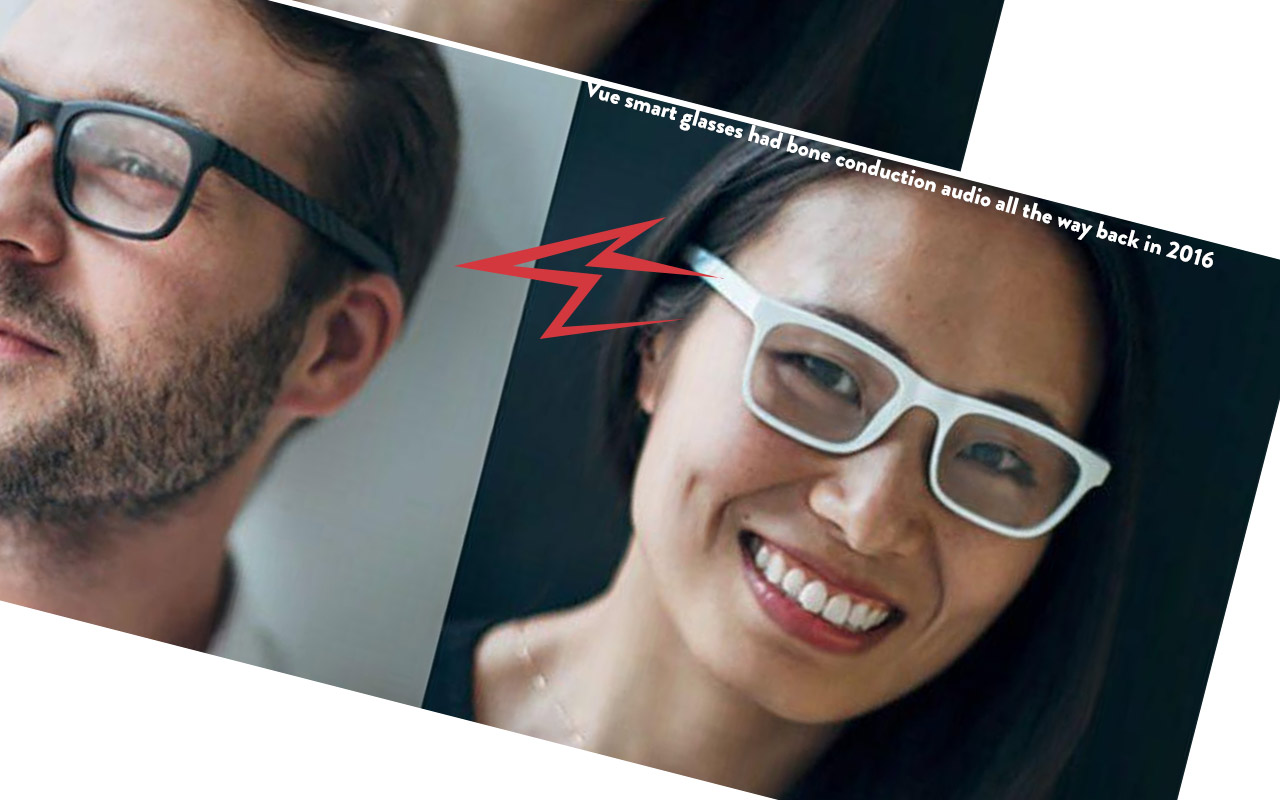 While it’s possible that Apple’s intending this tech for AirPods of some sort, the nature of the tech seems to imply that two entry points for audio are required. If Apple’s methods roll with what they’ve shown here, it’ll make a lot more sense to include this tech with Apple’s eventual Augmented Reality Headset, or Apple Glasses.

Augmented Reality Audio in an augmented reality headset means you’ve got imagery and audio over the top of the real world – augmented. That’ll be a truly killer set of features if Apple’s AR headset comes to fruition with both – and why not? Above you’ll see imagery of the Vue Smart Glasses complete with bone conduction audio – from back in October of 2016! Apple’s also reportedly had bone conduction-toting augmented reality glasses in the works before – maybe they’re ready for prime time now?