Nest created the smart thermostat market, and now it’s under attack. Turns out the appeal of home temperature control without requiring programming more complex than a graduate degree, and more flexible than “on” or “off”, is enough to lure in not only customers but competitors. After granular improvements since the 2011 launch, Nest’s third-generation hardware bumps up the most eye-catching aspect of the thermostat: the display.

Nest was – and arguably still is – the prettiest way to control HVAC. For this new model, though the form-factor as a whole is no larger – still a 3.3-inch diameter circle – the display is now 2.08-inches and so the surrounding black bezel is narrower. 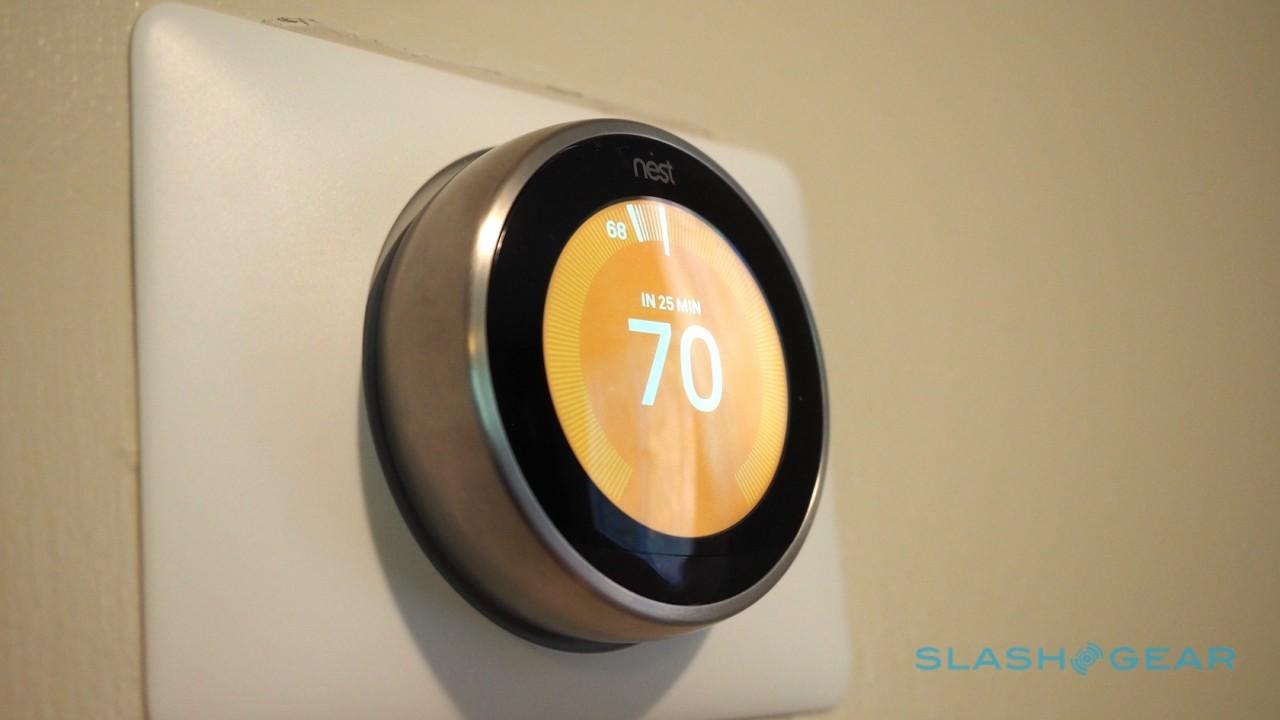 Resolution is up, too, now at 480 x 480 for a 229 ppi pixel density. Interaction is still through a combination of twisting the Nest like one big dial to navigate, then pressing the whole thing in to select. Inside, there are sensors for temperature, humidity, ambient light, and both near- and far-field activity, plus WiFi b/g/n (2.4/5GHz) and Bluetooth Low Energy radios.

My old thermostat didn’t even require a battery: a switch controlled whether the power was on or off, and a simple thermometer inside toggled the heating. Needless to say, it wasn’t especially accurate, and I’d got into the habit of simply sliding the temperature control all the way up when I felt cold, and then off again when I realized I was too hot. 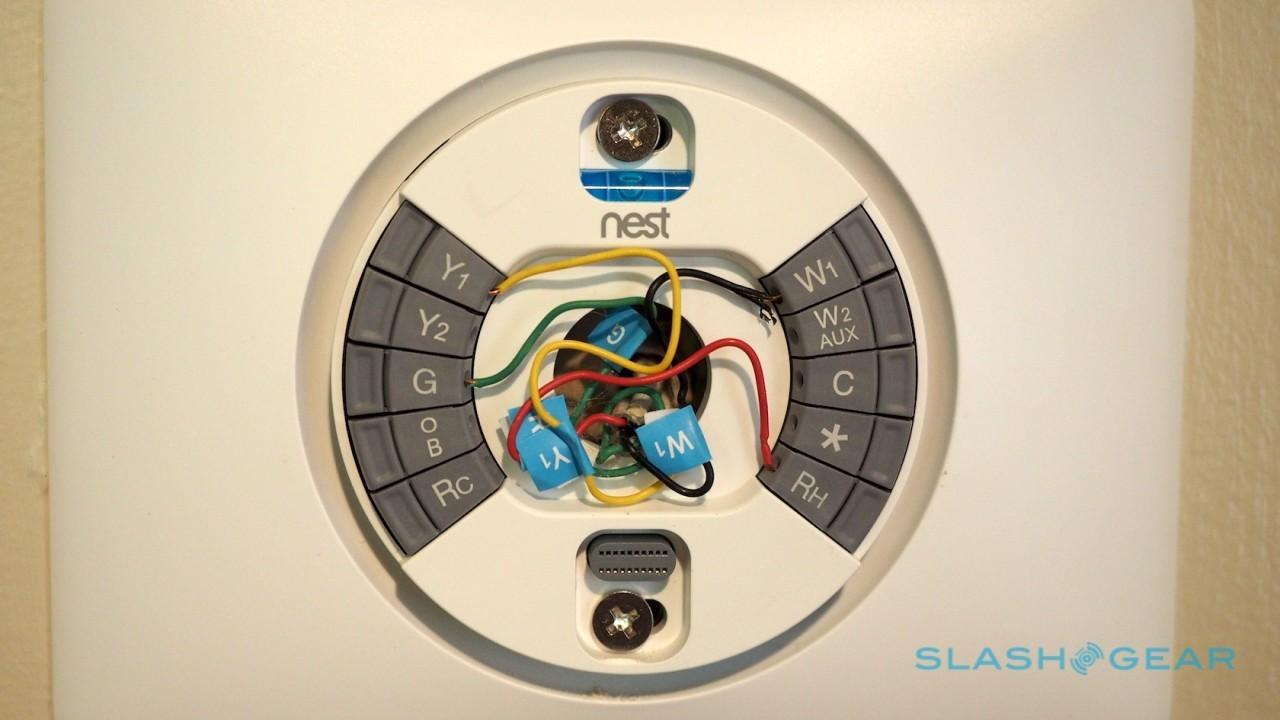 A few screws and it was off my wall. Nest’s website has a simple installation guide which helps you identify the cables in your particular HVAC installation and figure out which slots into each spring-loaded nook on the circular mounting plate. I used the rectangular plate Nest also supplies, since I wasn’t in the mood to touch up the paintwork, but not the adapter for mounting to a recessed metal electrical box.

In all, it took about twenty minutes. Nest provides the screwdriver you’ll need, and the mounting plate has a neat little bubble level so you can be sure you’re getting things straight. Once I snapped the thermostat itself into place, it automatically started up. 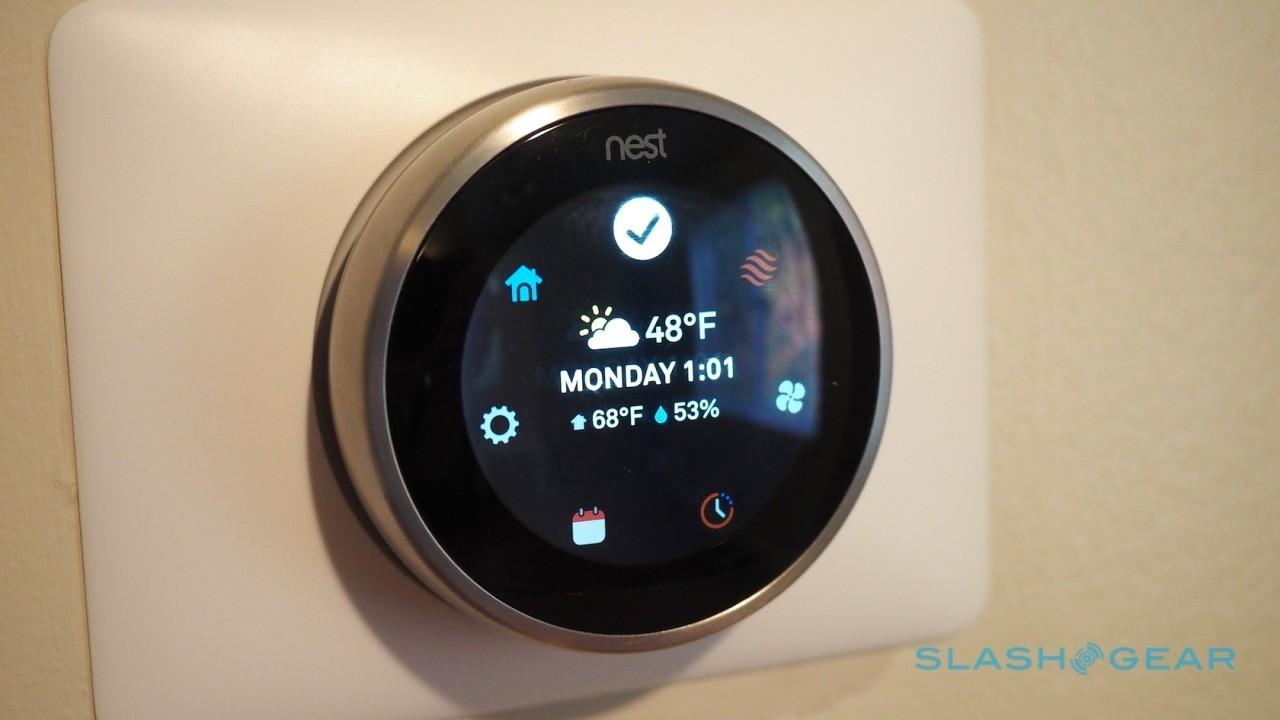 From then it was a case of picking a WiFi network, using the circular keyboard to enter the password, and then plugging in my existing Nest credentials – which I had from a previous Dropcam account migrated over – in the smartphone app. After confirming that it was a forced-air heating system, with no air conditioning, I set maximum and minimum temperatures and told Nest I was happy for it to do its own thing. 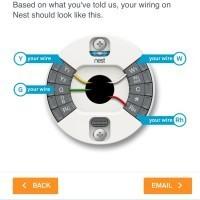 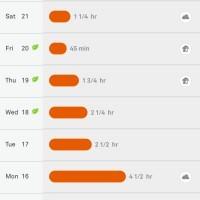 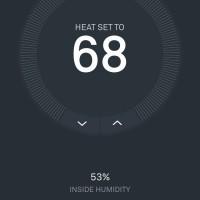 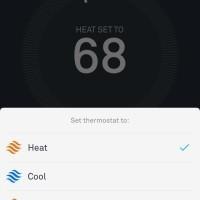 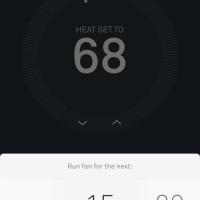 There are a variety of extra settings you can adjust, either on the thermostat itself or through the app, including specifying whether it’s in direct sunlight (which could affect the internal thermometer) and whether you want the fan to run automatically every day. Most of the more granular factors, however, fall under the Nest Sense umbrella, which the thermostat promises to learn for itself.

That means figuring out if you’re home or away, how quickly your particular furnace gets up to temperature, and – if you have A/C – whether you want to use it to reduce humidity.

For the third-generation Nest, the settings are also where you control Farsight. Making more use of the larger display, Farsight can show the temperature or current time whenever it spots motion from up to 20 feet away. Meanwhile, the screen also lights up whenever you move near it. 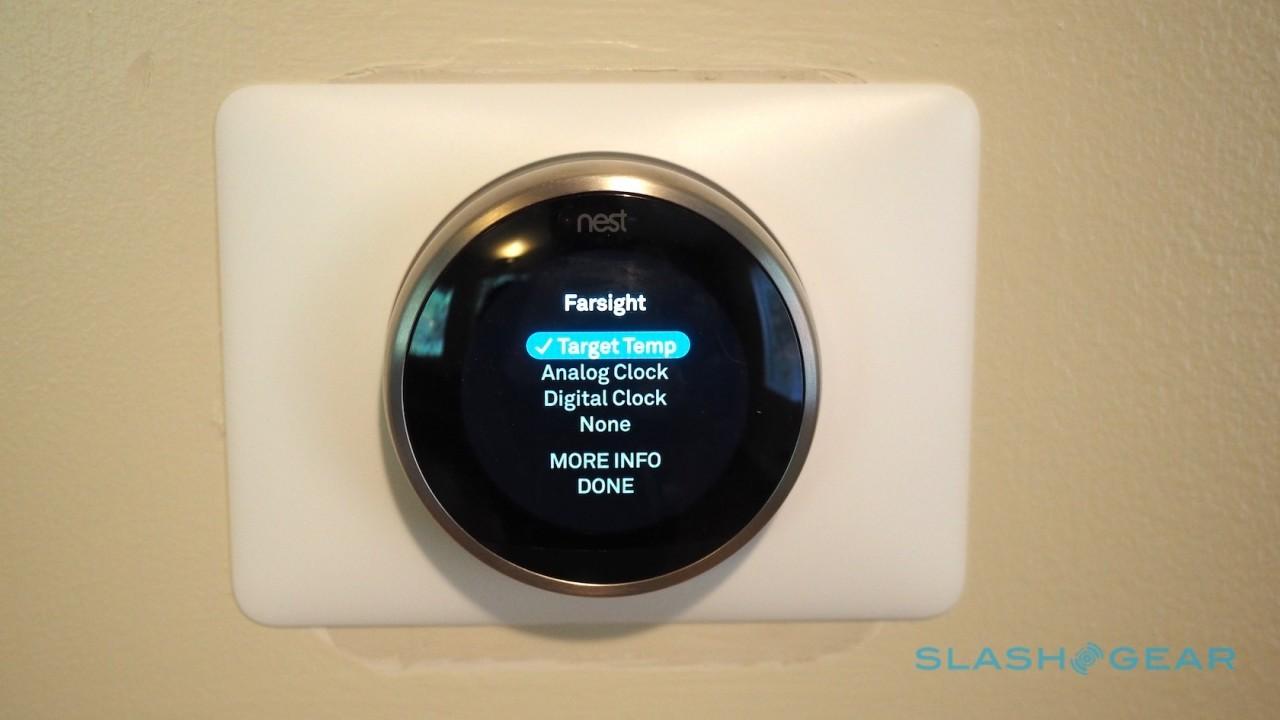 After a short while, though, I turned both settings off. How useful Farsight is to you will depend on where your thermostat is: mine is opposite the couch, which meant the Nest kept waking up while we were watching TV, proving distracting. Similarly, it was easier just to tap the fascia when I wanted to wake the thermostat up to change the settings manually.

It also helps save on power, which I was a little concerned about given the absence of a C-wire in my particular installation. That supplies power to a thermostat independently from whether the HVAC is active or not; many homes don’t have them, since most traditional thermostats are either passive like the one I replaced, or rely on a couple of AA batteries. 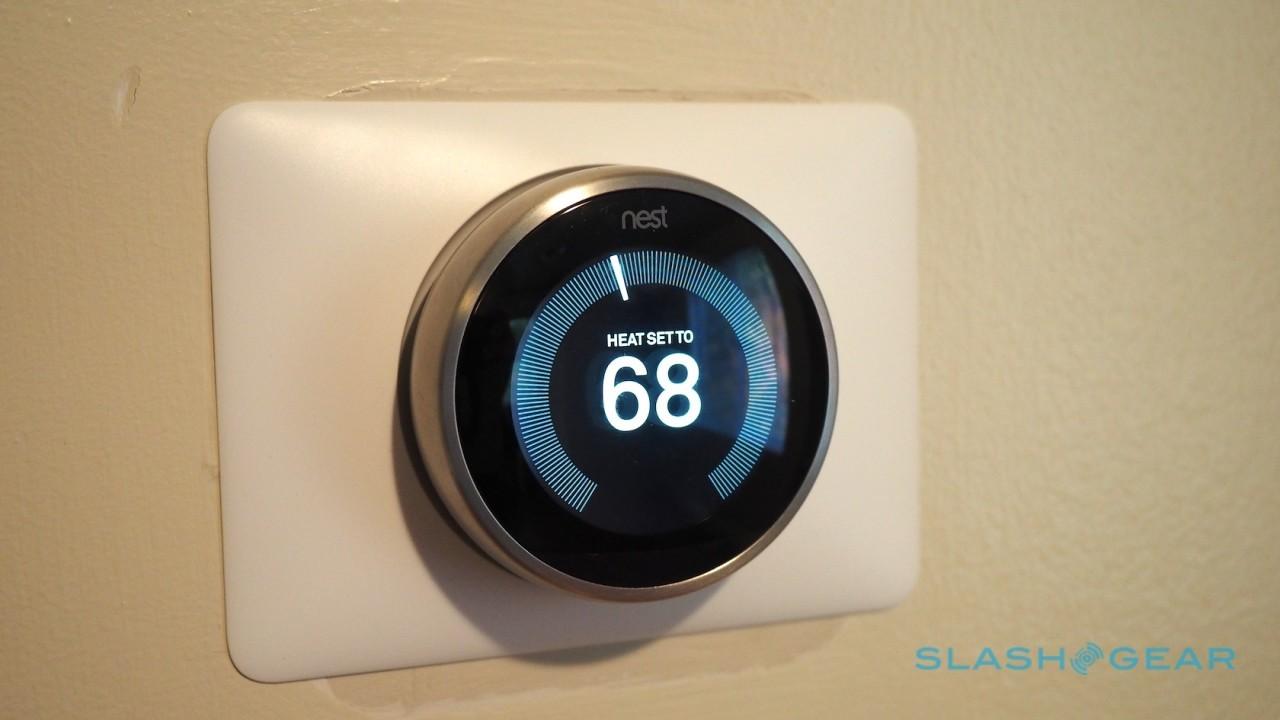 Nest has an internal, non-user-replaceable battery that it uses to keep its WiFi radio connected and monitor movement in the home, topping up the charge whenever the HVAC is turned on. I was a little concerned that, given how infrequently we generally need to use the heating, that wouldn’t be enough: the thermostat can briefly cycle on the power just to give itself a sip more juice, but there have been reports by some of furnace grumbling when that takes place.

You can have a 24V C-wire installed if you want to avoid the problem altogether, but even without one I don’t seem to have had any issues. Of course, headed into winter – even in California – means Nest has had the heating on at least briefly each day, and so I’ll have to wait to see if the same can be said during the hotter summer months.

My other concern was how well Nest Sense would handle home workers. The promise of energy savings is straightforward if you have a typical household – going out to work or school in the morning and back in the evening, Nest learning your schedule and preferred temperatures along the way – but that’s not how everybody lives.

With two people working from home, I was curious whether Nest would either prematurely default to assuming everyone was away, or just not give us any benefits at all from the learning algorithms. 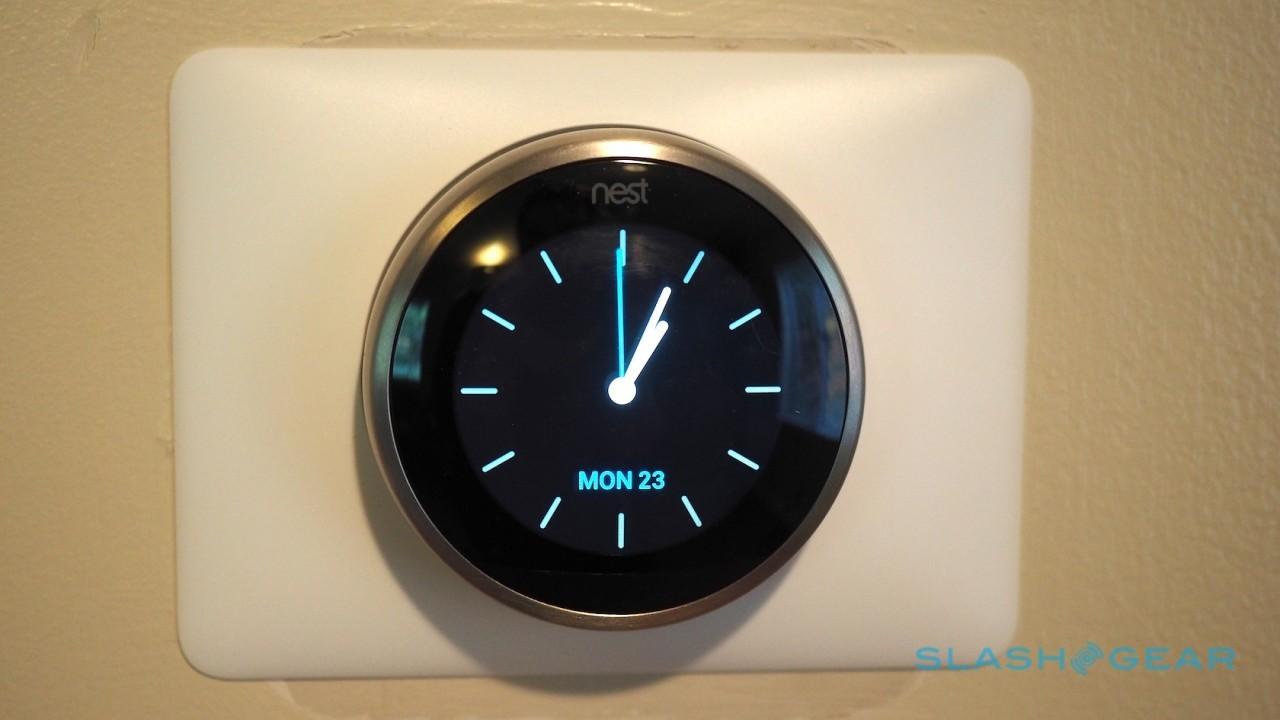 Turns out, though, more granular control over when the heating comes on and turns off does mean it spends less time active than when I was manually adjusting it before. Putting it into “Away” mode myself and then toggling it back when we returned was a more definitive way to help the thermostat save energy and money, but I wish the Nest app had geofencing rather than having to rely on third-party apps.

There are other clear ways it could be imprved. A single home can have up to twenty Nest thermostats installed, each potentially controlling a different zone or simply feeding local temperature back. That’s great, but at $249 apiece – and with each demanding installation – it’s impractical for most.

Bluetooth LE does seem to open the door to wireless temperature probes, though, which could be a far more affordable and flexible way to trigger heating or cooling from rooms elsewhere. Luckily our thermostat wiring was in a pretty central location, but if yours is in a cupboard somewhere or in an out-of-the-way staircase, you might not be getting the same value from Nest Sense. 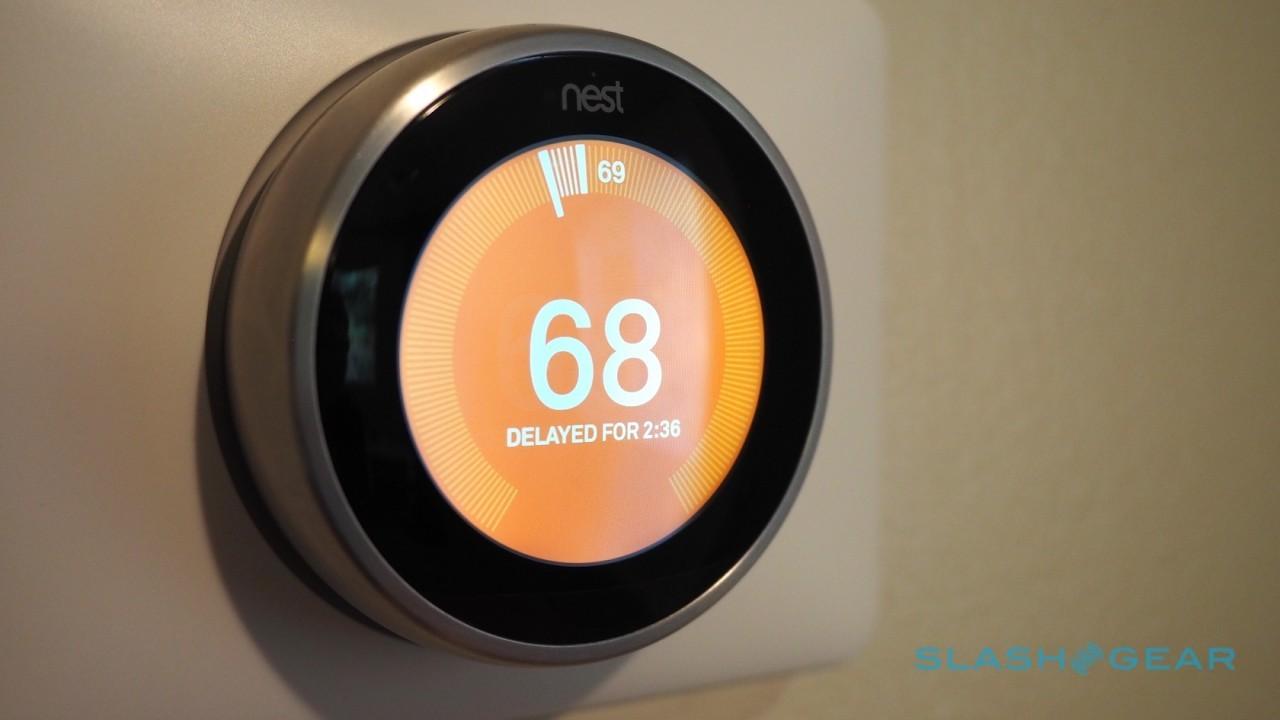 Going from a dumb thermostat to a smart one, the most noticeable functionality improvements for me personally have been in having control from an app. When I actively think back, though, I can see that I’ve spent less time turning the heating on or off; Nest has just handled that for me, and I didn’t have to set up a complicated schedule.

We’ve not been too hot in the night, or too cold during the day; if I’ve ever had to adjust it myself, it’s generally been to notch it up a degree to kick things into action a little earlier than Nest’s own scheduling indicates it would be coming on automatically.

Is it worth $249? It’s too early to talk about saving actual money, but I definitely spend less time thinking about what temperature the house is. A more straightforward thermostat with a better thermometer might have gone some way to doing the same, but then I’d lack the remote control through the Nest app, plus the promise of broader smart home integration with services like IFTTT and Nest’s own fledgling Weave system. 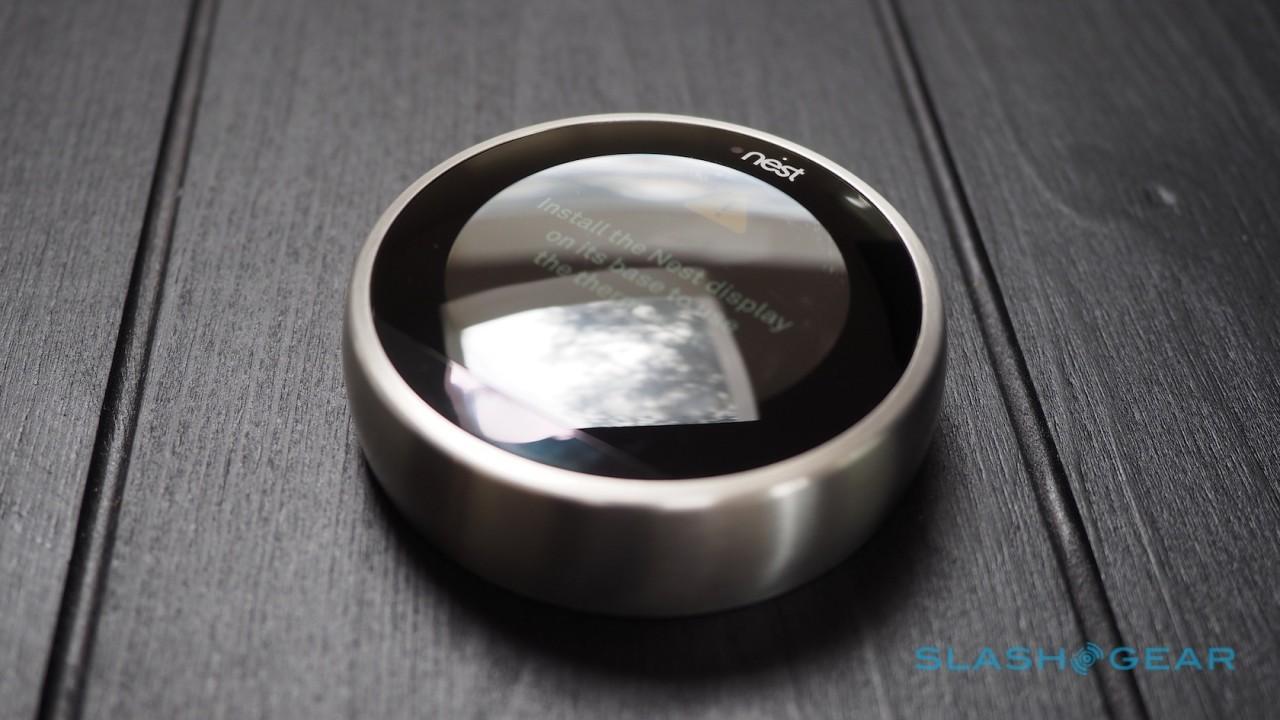 NOW READ: What you should know about Nest Weave

Still, you can pick up a WiFi-enabled thermostat, albeit without the style of the Nest, for around $100 these days. Rivals around the same price as Nest, like Ecobee, offer remote temperature sensors, meanwhile, and Nest lacks HomeKit compatibility.

Overall, the convenience of installation works in Nest’s favor, as does the style and ease of day to day use. It’s not the smart home must-have it once was, however, and it’s down to Weave and whether the ecosystem of accessories starts to fill in some of the gaps other high-tech thermostats have highlighted. 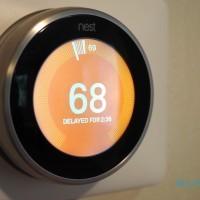 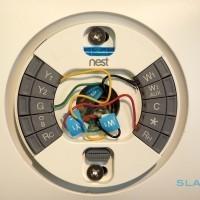 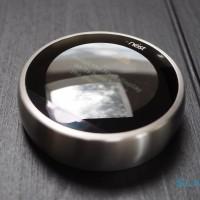 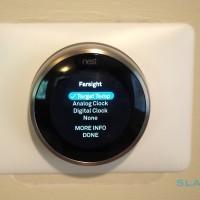 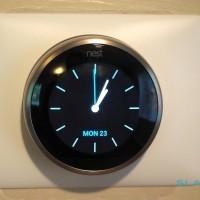 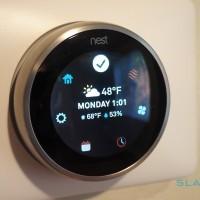 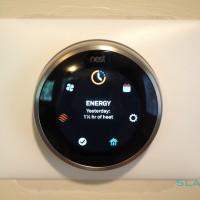 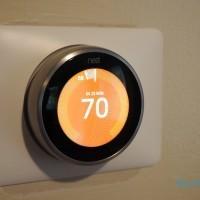 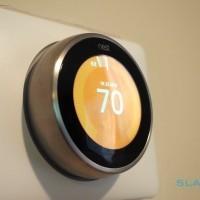 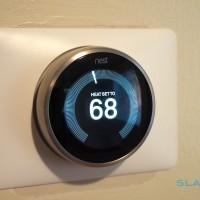