NASA’s Hubble fix review is complete: Here’s what comes next

NASA’s efforts to bring Hubble back to life and return the beleaguered space telescope to scientific operations continue, with a review of the next steps in the big fix completed. The long-running mission – which has seen Hubble gather unprecedented images of distant galaxies during its more than three decades of service – came to an unexpected halt in June, when the telescope’s payload computer shut down.

It’s not, of course, the first time Hubble has encountered issues. However unlike previous glitches, this one didn’t seem amenable to a quick fix.

NASA has previously blamed the onboard payload computer for the fault, hardware that was already based on a roughly decade-old design when Hubble launched. There’s a secondary computer to which the space telescope can switch to, but first the agency needs to figure out what, exactly, is causing the issue. Most recently, it put together a plan to shift Hubble over to the backup hardware.

Recently, @NASAHubble halted operations because of an issue with the payload computer. After many hours of work, Nzinga Tull and her team are more confident they have the resources to resolve the issue. Meet Nzinga, Hubble Systems Anomaly Response Manager: https://t.co/VKaBMW0h4q pic.twitter.com/pCqRZCfWxl

The challenge is that, while the spacecraft to which Hubble’s scientific instruments are attached is functioning as normal, the backup systems the NASA team envisages switching to would require changes to it as well.

“Because the initial investigations weren’t fruitful for lower-level changes, we’ve been preparing to do a side-switch to the Backup Science Data Formatter,” Tull explains. “And this is a pretty complicated approach, because there are components on the spacecraft that are not related to the payload computer, that also have to be switched to their backup elements.”

NASA began a multi-day test of the procedures it has in mind on July 6, a process which completed two days later, on July 8.

“So we’ve been preparing, reviewing our processes and procedures, making sure that all of those are in order,” Tull explains “We’ve been testing with our high fidelity test simulator to confirm and validate those procedures. And that’s all been happening in parallel with the investigation into the root cause of the issue. So we’ve been super-deliberate, super-intentional, we want to make sure we can make this change in a way that supports the continued operation of the Hubble science program.” 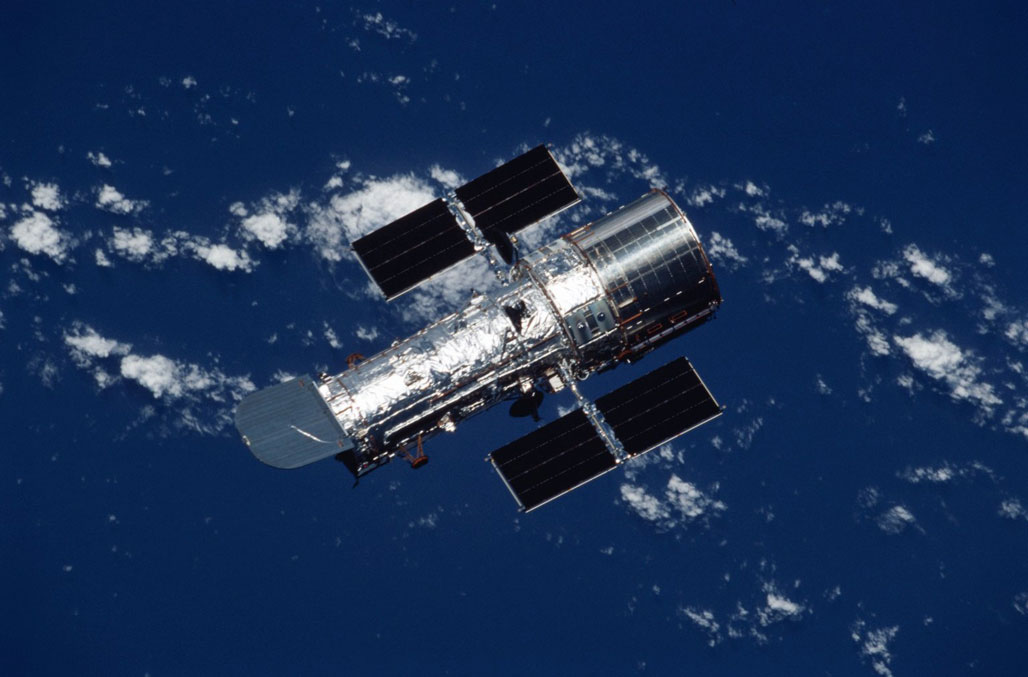 Before the plan could be enacted, though, it needed to be approved and reviews. As of July 12, the review to assess and minimize the risks for a possible switch to the backup systems was completed. The switchover could be attempted as soon as later this week, NASA says.

For the Hubble team, meanwhile, it’s a fraught and frustrating time. NASA leadership has previously told the group responsible for fixing the space telescope that there’s no time urgency to the repairs, a reassurance that stems in part from the reality that should something go further awry there’s no way to physically visit Hubble and make repairs. The last time astronauts were at the spacecraft, in 2009, they used the final solo Space Shuttle Atlantis mission to reach it.

“The operations team is super-dedicated to making sure that we fulfill our science mission, and I think the Hubble team – because of all the amazing experience and expertise – we’re accustomed from being able to recover from problems pretty quickly, within a day or two,” Tull admitted. “So it’s been a little anxiety-producing, a little frustrating, that this particular challenge is more extensive. But the more we do these reviews, the more analysis that goes on, the more we test, the more confident we’re becoming that we have the processes and the procedures and the expertise in place so we can restore operations. So it’s actually also really exciting, to be at this point – this critical point – where we have identified an issue on the telescope, but we feel confident that we’re going to be able to fix it and get right back up to doing this amazing Hubble science.”

Hubble is due to be succeeded by the James Webb Space Telescope, though that’s not expected to launch until the end of the year. However estimates suggest Hubble could – if the repairs go to plan – continue to operate well into the 2030s, significantly longer than the instrument’s originally planned lifespan.

[Updated to correct Ms. Tull’s position and clarify STS-125 was Atlantis’ final solo mission, though the Space Shuttle did fly several further missions to the ISS; we regret the errors]