Efforts to repair the Hubble Space Telescope continue, with NASA identifying a small handful of aging hardware that could be preventing the iconic instrument from switching back on. Issues began in mid-June, after Hubble put itself into safe mode following issues with the payload computer. The telescope itself is still in good health, NASA says.

Safe mode is, as the name suggests, a conservation state into which the telescope instruments can be locked, preventing them from inadvertent damage. Problem is, while they’re in that state, they’re not undertaking any actual experiments or gathering data.

For that to happen, the payload computer needs to be functional, but as hardware goes it’s not exactly cutting edge. In fact, the NASA Standard Spacecraft Computer-1 – or NSSC-1 – at its heart was built in the 1980s, and based on a design from the 1970s. At the time, it was a cutting-edge effort to standardize space hardware and dramatically reduce costs for projects like the Solar Maximum mission and the Landsat-D missions.

Now, after several weeks of testing, NASA believes it has identified the flaw at the center of this latest downtime. “The source of the computer problem lies in the Science Instrument Command and Data Handling (SI C&DH) unit, where the payload computer resides,” NASA’s Hubble team explains. “A few hardware pieces on the SI C&DH could be the culprit(s).” 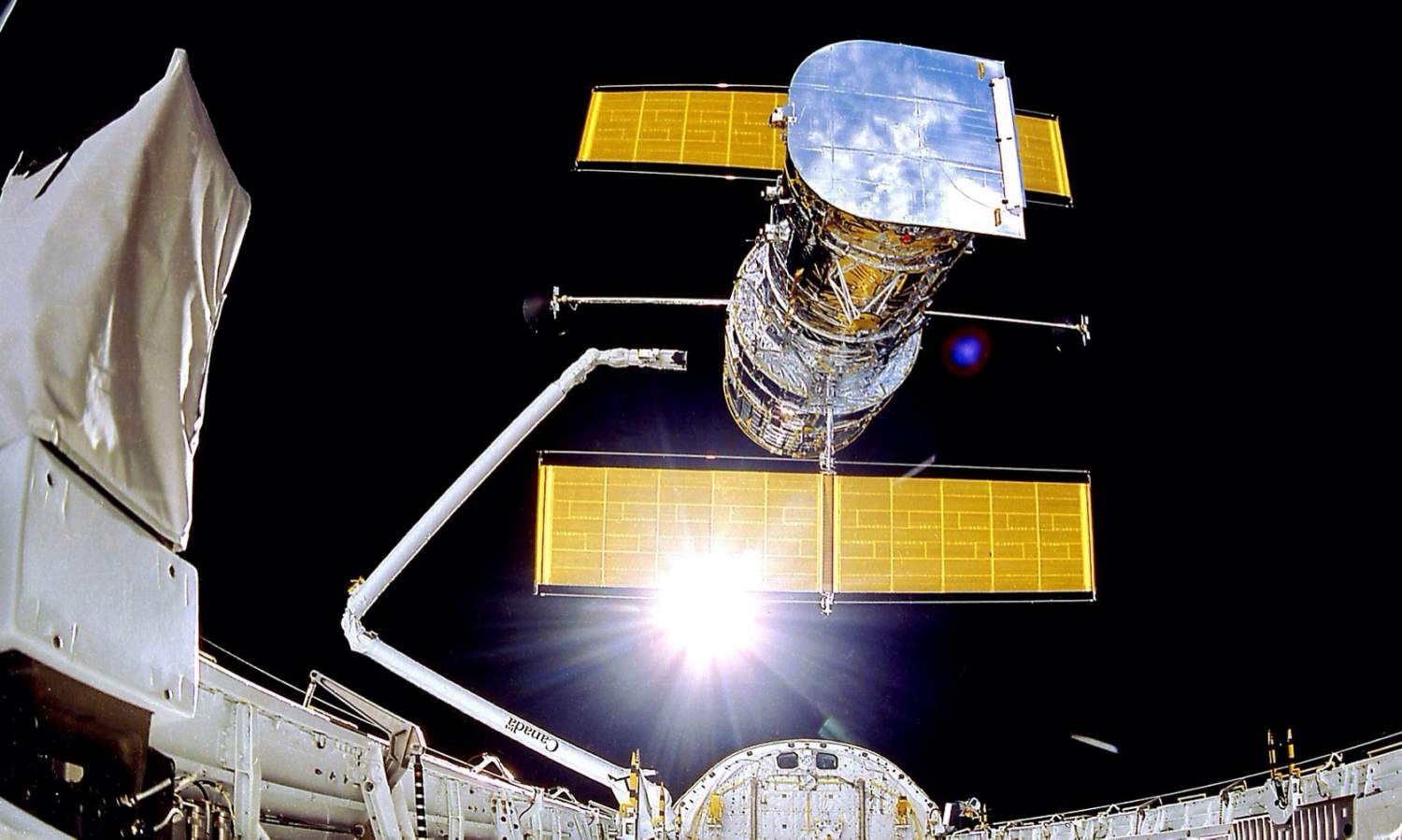 Knowing the likely cause, though, and actually fixing it are two very different matters. The current focus is trying to understand whether it’s the Command Unit/Science Data Formatter (CU/SDF) – responsible for sending and formatting commands and data – or a power regulator within the Power Control Unit – that ensures a steady voltage supply to the payload computer’s hardware – that is the problem.

Addressing either would be a challenge. “If one of these systems is determined to be the likely cause, the team must complete a more complicated operations procedure to switch to the backup units,” NASA explains. “This procedure would be more complex and riskier than those the team executed last week, which involved switching to the backup payload computer hardware and memory modules. To switch to the backup CU/SDF or power regulator, several other hardware boxes on the spacecraft must also be switched due to the way they are connected to the SI C&DH unit.”

To understand whether that’s actually necessary – or even likely to help – NASA plans to run new simulations beforehand. It wouldn’t be the first time that such a switch took place, with Hubble flipping between CU/SDF modules all the way back in 2008 so as to bypass a broken unit. The 2009 servicing mission subsequently replaced the whole SI C&DH unit.

With the retirement of the Space Shuttle program, however, and no counterpart in current readiness, that sort of repair is simply not an option for Hubble now. While NASA is readying a new instrument, the altogether more powerful James Webb Space Telescope, that won’t launch until later in 2021 at the earliest. For the moment, then, Hubble’s fate hinges on coaxing decades-old tech into playing nicely, lest the telescope’s run come to an untimely end.