More of this, please, Nissan

Nissan lost its way, and now it looks like it has found it again. Revealed this week, the 2021 Nissan Ariya isn’t just a new electric crossover from the Japanese automaker, but an appealing electric crossover. In the midst of a maelstrom, that’s exactly the sort of reinvention Nissan needs.

The exterior is sculpted and distinctive, different enough from other EVs to stand out but falling short of the “wacky” styling that seems to turn off mainstream buyers. Inside, a dashboard that feels high-tech without stumbling into gimmicky. 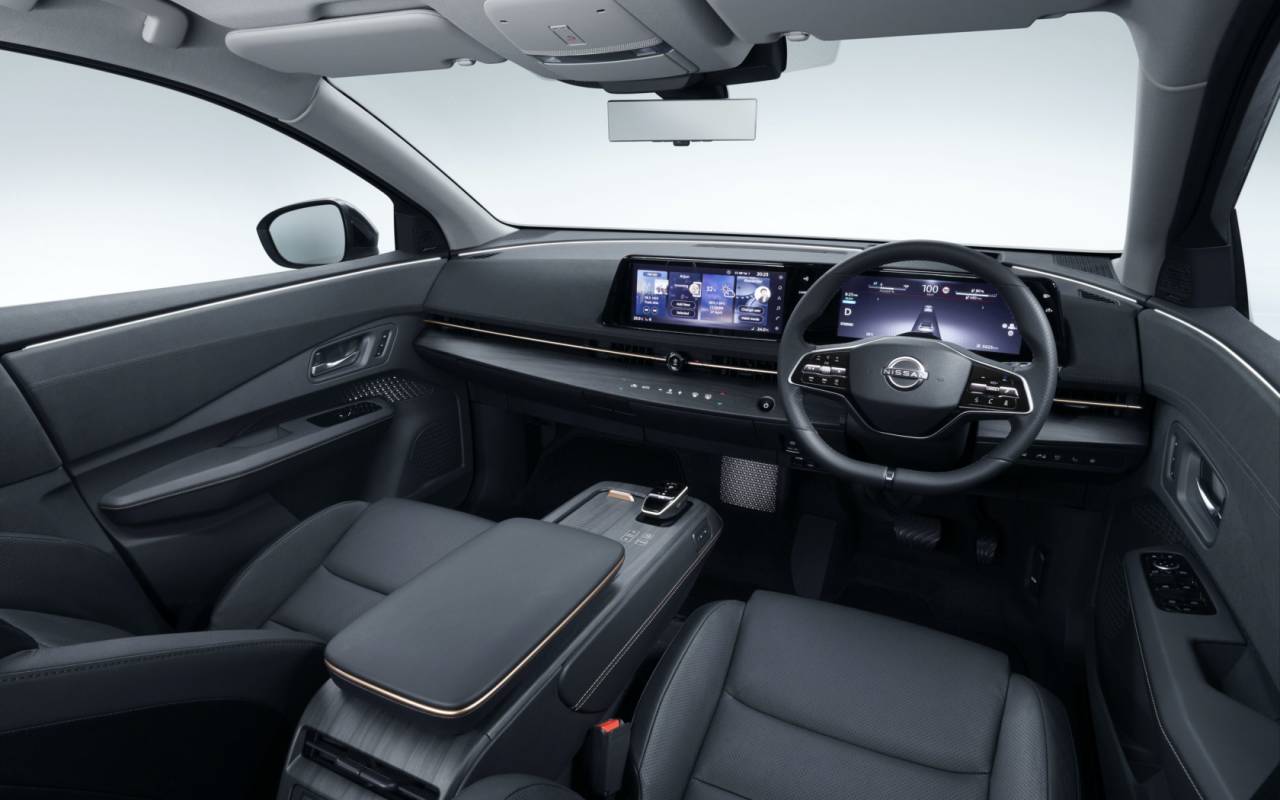 Nissan is making all the right noises about its abilities, too. Enough range – 379 miles, albeit on the WLTC Japanese cycle rather than the EPA’s generally tougher test – to be taken seriously and, with a 0-60 mph time of as little as 6.1 seconds, neatly sidestepping the old believe that electric had to mean earnestly-boring. And, with a hands-free highway driving assistance package on the cards, technology that doesn’t feel like it’s playing catch-up.

In short, the electric crossover SUV that we’ve been asking Nissan for, well, for a long time now.

It’s fair to say that Nissan hasn’t had the most inspiring few years. Its sedans struggle for visibility in a shrinking market; their crossovers are aggressively priced but underwhelm dynamically. Meanwhile the models that should be providing its halo, the 370Z and GT-R, are overdue an update. 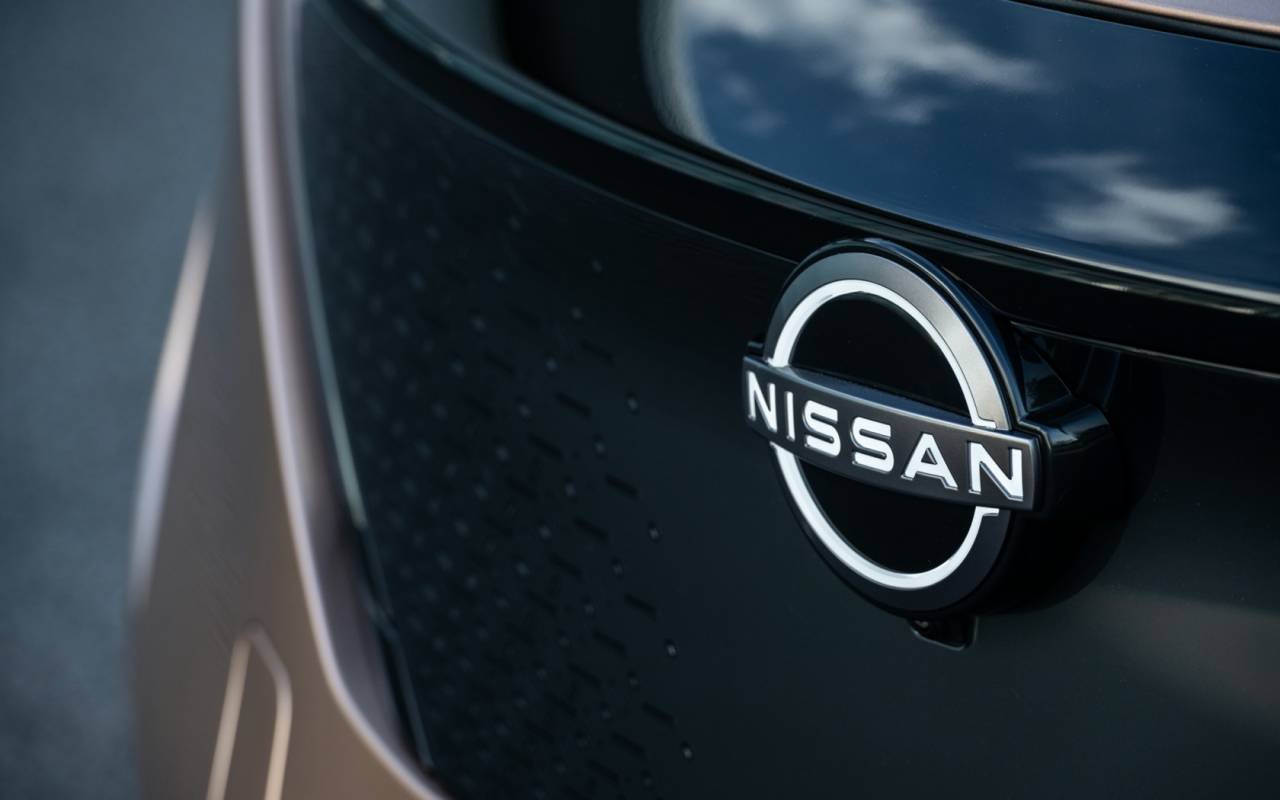 When it has got things right – the Leaf EV has been a strong seller in the electric hatchback category, for example – it has failed to capitalize on that. Nissan’s pure electric car may have been among the first to market, but it neglected to follow up with variants in the same way rivals delivered. Meanwhile bland cabin design and pedestrian materials across the board have sapped much of what was left of the automaker’s cachet. 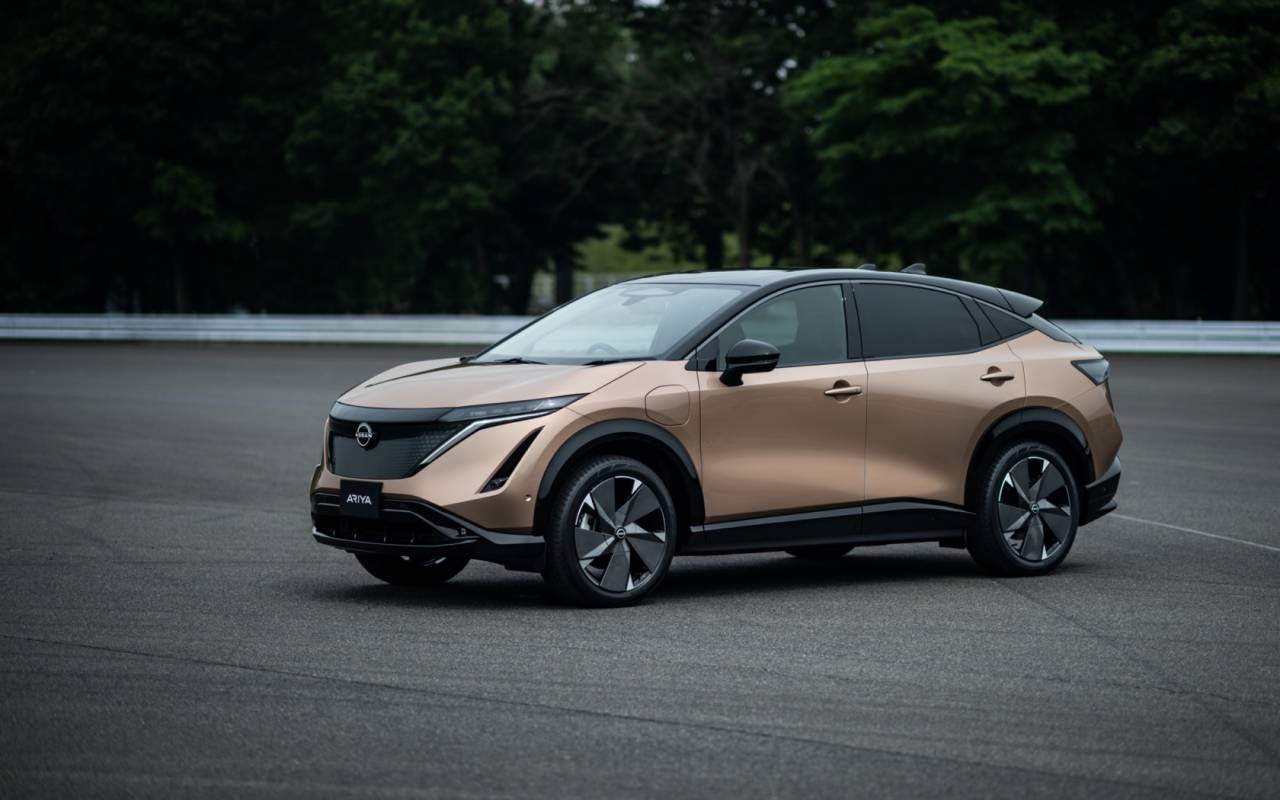 There’s no surprise, then, that Nissan finds itself at an urgent inflection point. Having already confirmed that it will pare its range down, axing underwhelming models and replacing tired ones, electrification is finally being given the attention it deserves. At the same time, Nissan is promising to keep its line-up feeling fresh and polished, taking advantage of having fewer vehicles by updating them more frequently.

We saw the first signs of that more targeted focus last year, with the Ariya Concept. At first glance, Nissan’s Tokyo Motor Show reveal fell far short of what we’ve come to expect from autoshow concept cars. It didn’t have frameless gull-wing doors, or a hologram instead of a dashboard, or an autonomous-driving AI that learns you like ice cream and takes you on impromptu detours to surprise-and-delight with a scoop of chocolate fudge ripple. 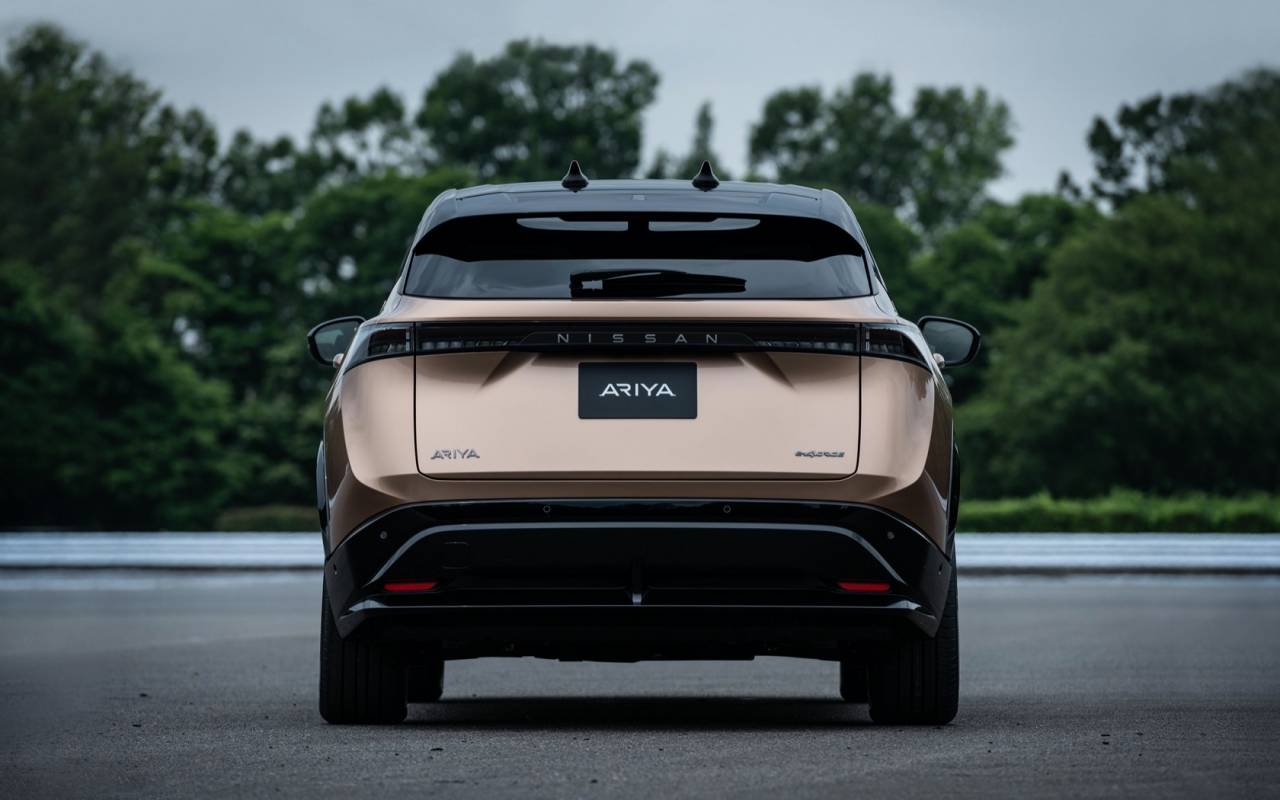 Instead we got a concept car that, with a few tweaks, could easily have been confused for the production-ready Ariya that Nissan revealed this week. It was a note of confidence sorely lacking from Nissan in recent years: the idea that it was capable of designing a vehicle compelling and engaging, without having to resort to whizz-bang fripperies. 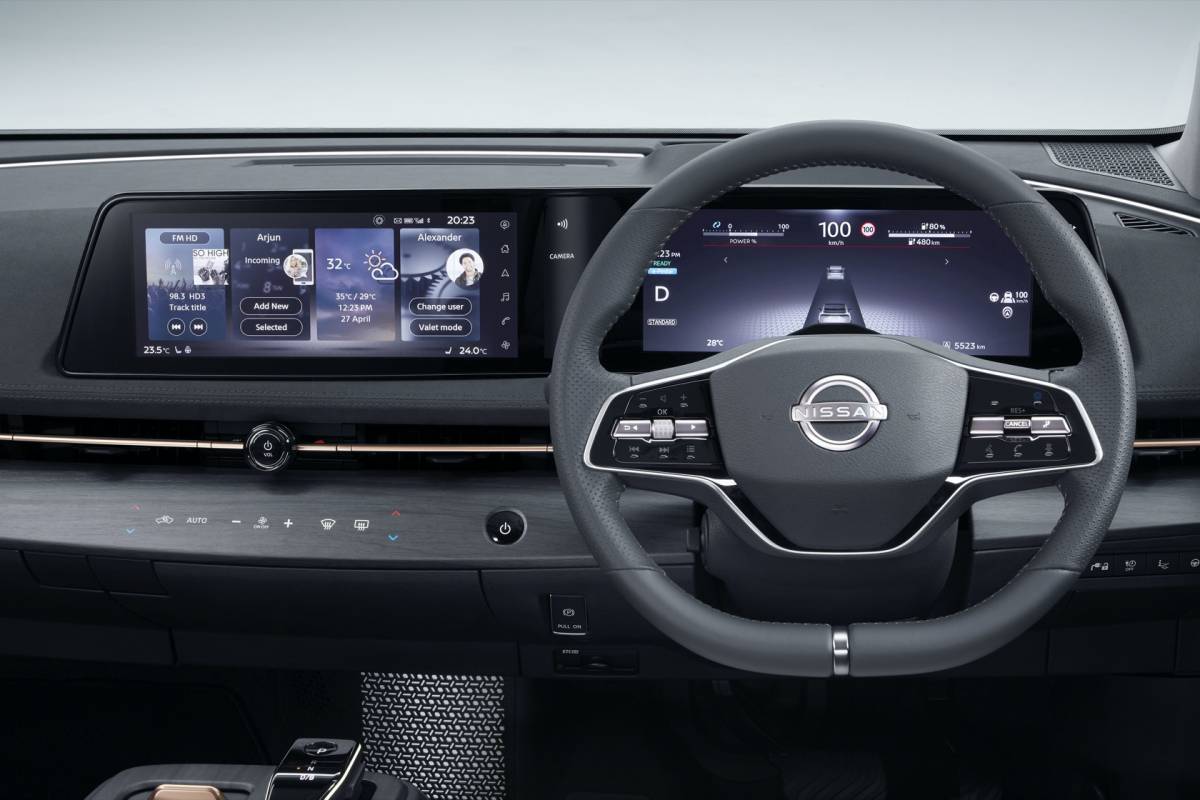 We’re yet to get inside the 2021 Ariya ourselves, and feel whether what Nissan has put together lives up to its design. Even so, it’s clear that the cabin of the new EV is leagues apart from the immemorable aesthetic inside a Rogue or a Murano. The twin displays atop the dash wouldn’t look out of place in a modern Mercedes, while the clean swathe of fascia beneath them has hints of Tesla Model Y, only with useful, dedicated touch-sensitive controls glowing through.

Even the infotainment interface on those displays looks like something you’d actually want to stare at. Modern and crisp, neither a word you’d use to describe the UI found in Nissan’s current models. 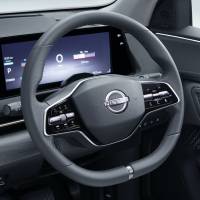 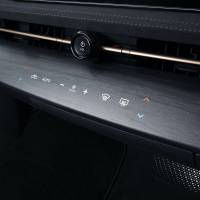 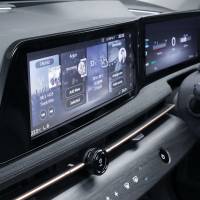 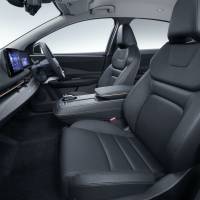 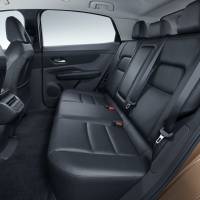 “Fewer cars, but better cars.” Nissan hasn’t put it in so many words, but that’s undoubtedly the strategy the automaker is adopting moving forward. Production capacity is being cut by a fifth, as is the total number of products in its worldwide range. There’ll still be room for fun – a new Z-car, for example, is already confirmed as in the pipeline – but anything that makes it through the restructuring is going to have to prove its merit, and not just in low-hanging fleet sales. 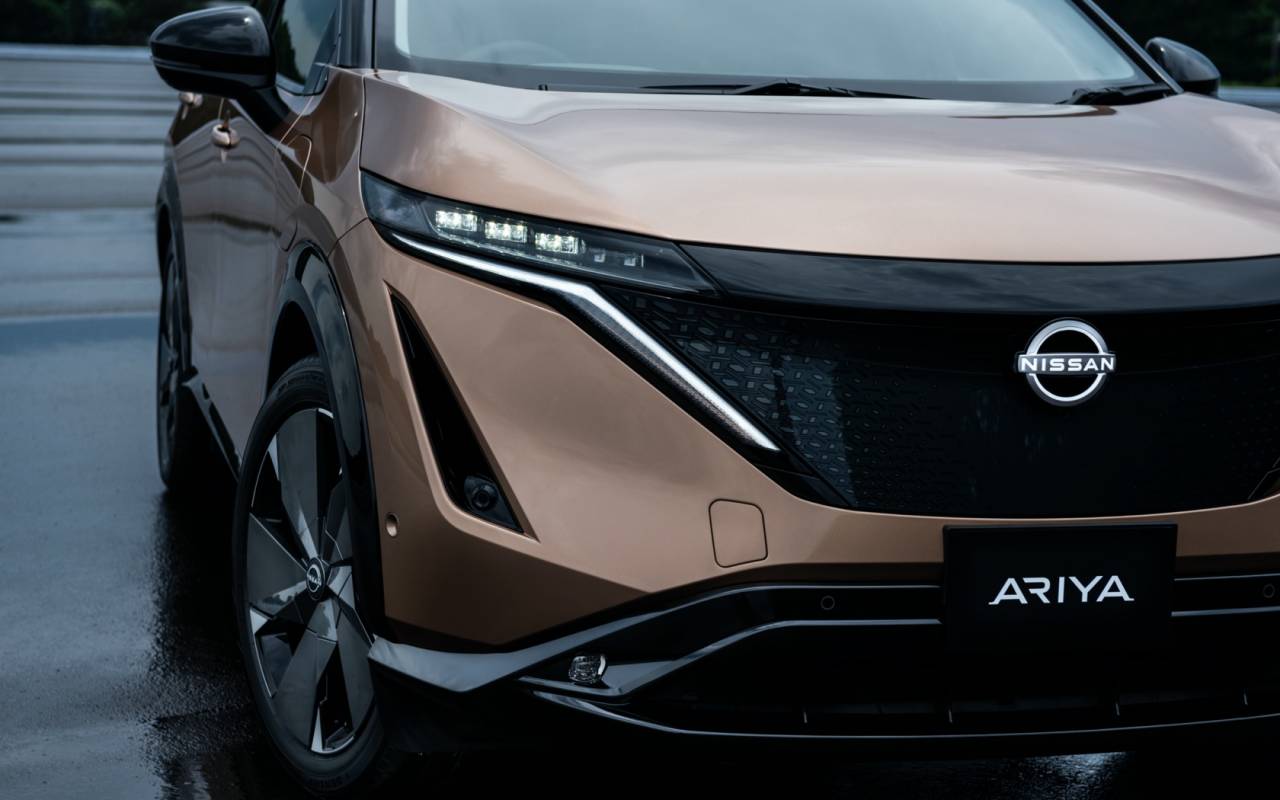 Had you asked whether that all seemed do-able last week, a fair degree of skepticism would’ve been justified. Now, post-Ariya reveal, some of that pessimism has faded. It’s still early in Nissan’s shakeup, sure, but the new electric crossover is shaping up to be an early win, and a car that we’re already looking forward to seeing arrive in the US come 2021. If Nissan can take that recipe and repeat it, suddenly reinvention doesn’t seem like a target quite so far out of reach.