Mini has come up with the ‘greenest camper fleet in the world’ by introducing new outdoor and camping gear for its all-electric Cooper SE and Cooper SE Countryman hybrid. The vehicles now get model-specific carrier systems from Mini’s Original Accessories lineup and a roof tent to complete your outdoor mobile sanctuary.

Unlike other small electric cars, Mini can fit roof rails on the Cooper SE. In the Countryman, choosing the All4 trim or Classic Plus Package includes standard roof rails for a roof tent and railing rack. The Cooper SE EV now gets the same option, but it gets a more aerodynamic roof tent to improve range. 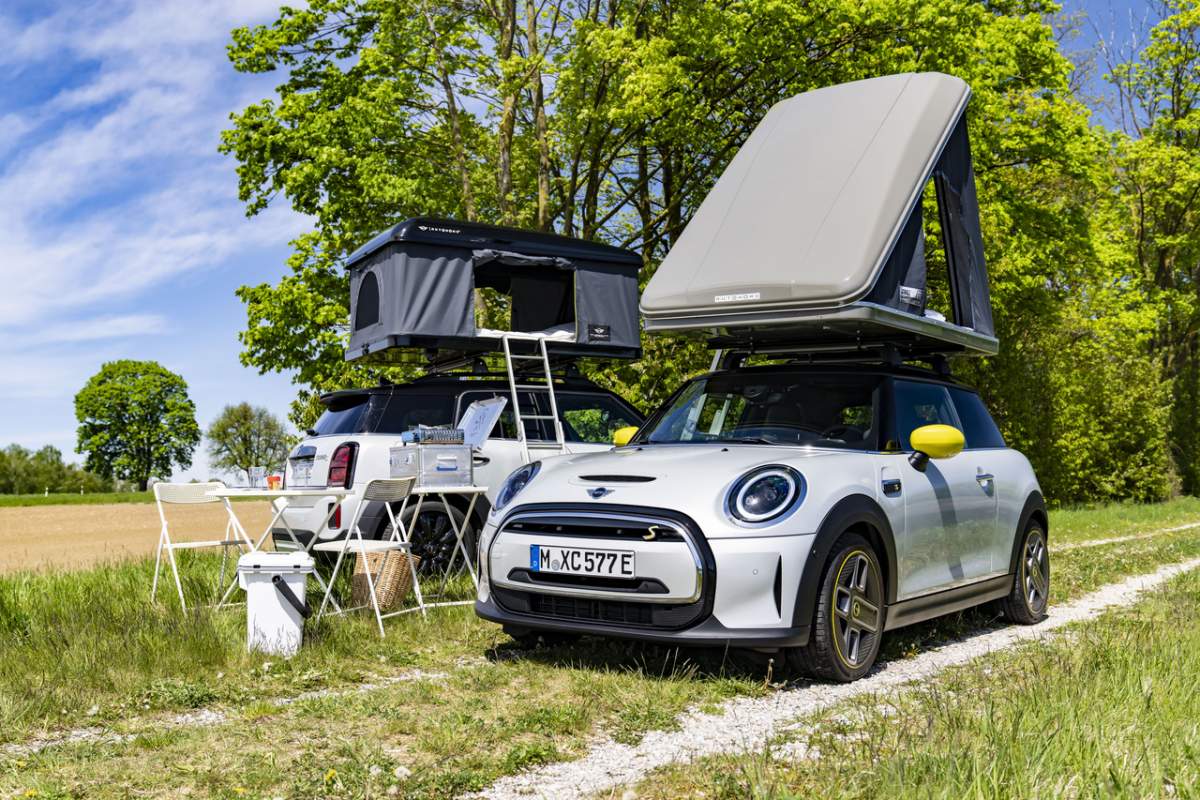 It only takes a few seconds for the roof tents to deploy, said Mini, and it does so by releasing the safety catches on the housing, allowing the tent structure to lift automatically using built-in gas springs. The tent offers comfortable sleeping for two with roll-up windows and mosquito nets. The kit includes an eight-rung fold-out aluminum ladder. 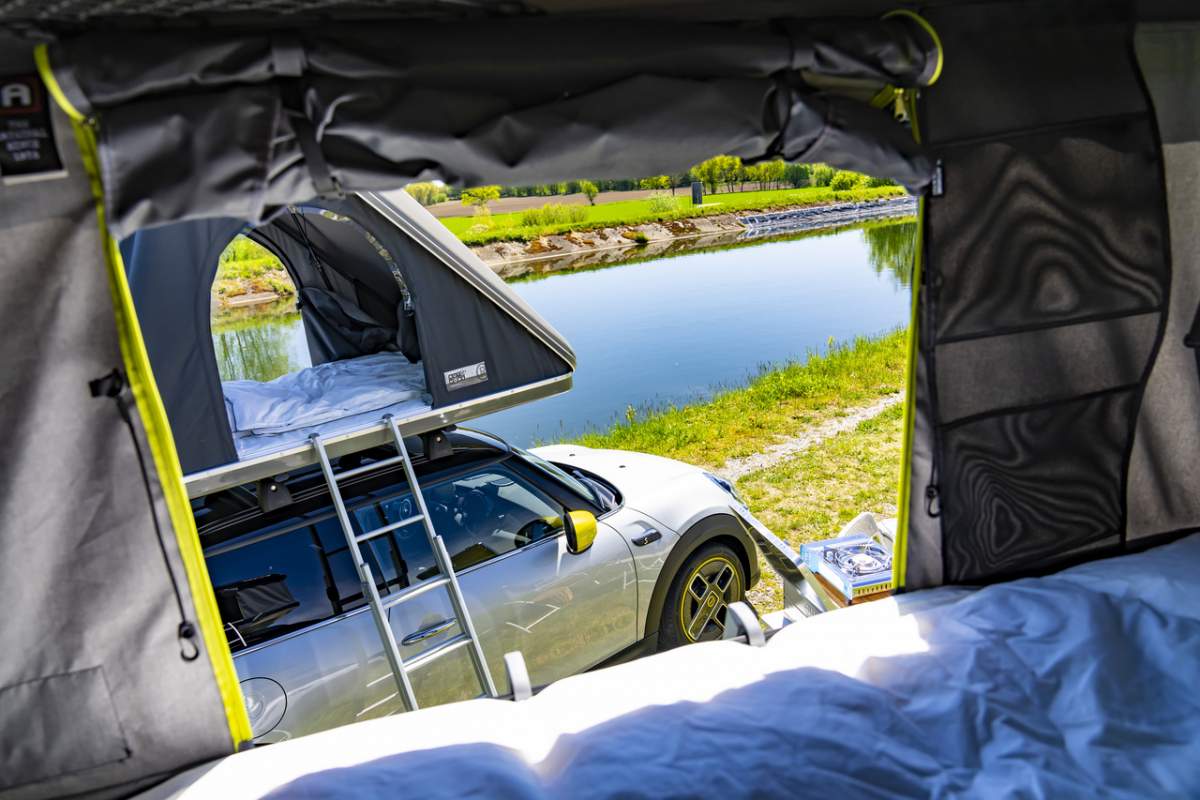 Speaking of range, the Mini Cooper SE is not a long-range electric vehicle, but it doesn’t mean it’s not fun to drive like its gasoline-powered brethren. It may only have a 28.9 kWh battery (which the EPA claims is good for only 110 miles of range), but the Cooper SE is as throwable around curves as a standard Cooper. No wonder it became a top-three finalist in the World Urban Category at the 2020 World Car Awards. 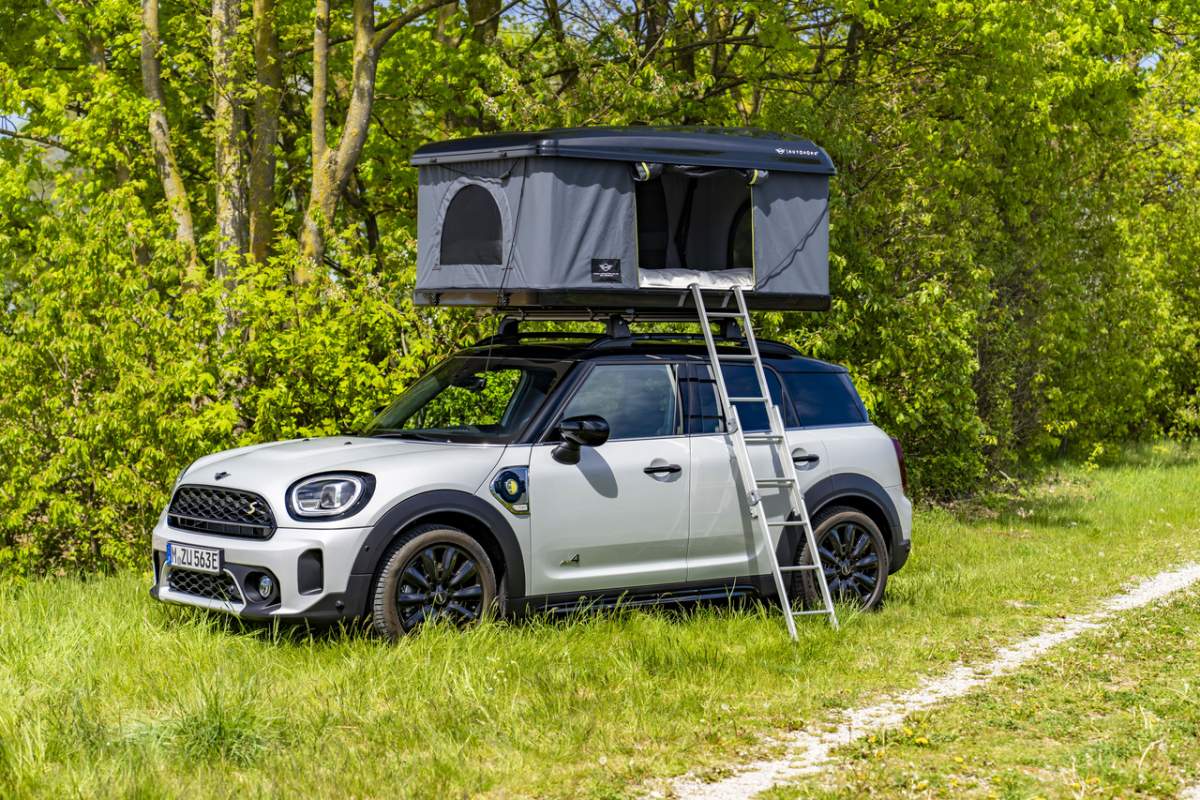 Despite the paltry range, the Cooper SE’s 184-horsepower single electric motor has more than enough punch around town. It goes from zero to 60 mph in 6.1-seconds and zips through traffic as a Mini should with 199 pound-feet of torque. 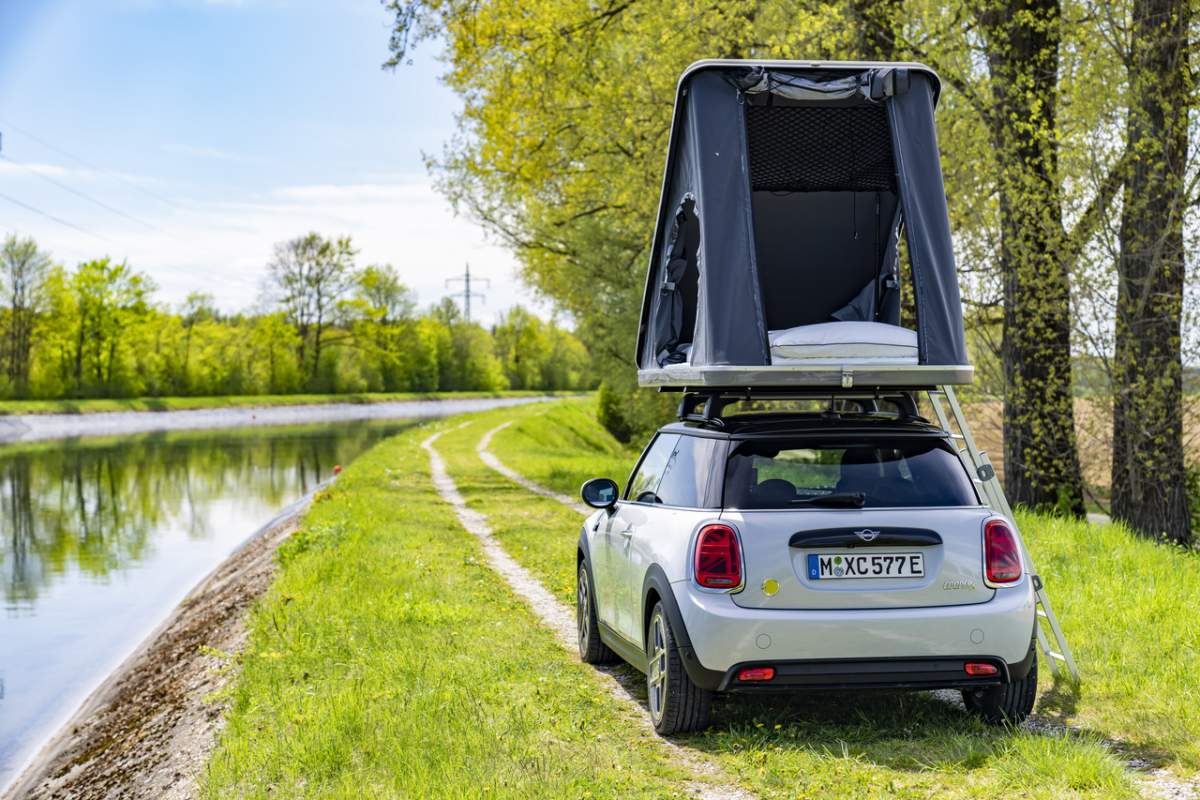 Meanwhile, the Cooper SE Countryman All4 has a three-cylinder gasoline engine driving the front wheels and an electric motor powering the rear wheels. With a combined output of 134 horsepower, it goes from zero to 60 mph in 9.6-seconds. It’s hardly a scorcher, but you can get 37 miles of all-electric range if you drive appropriately. 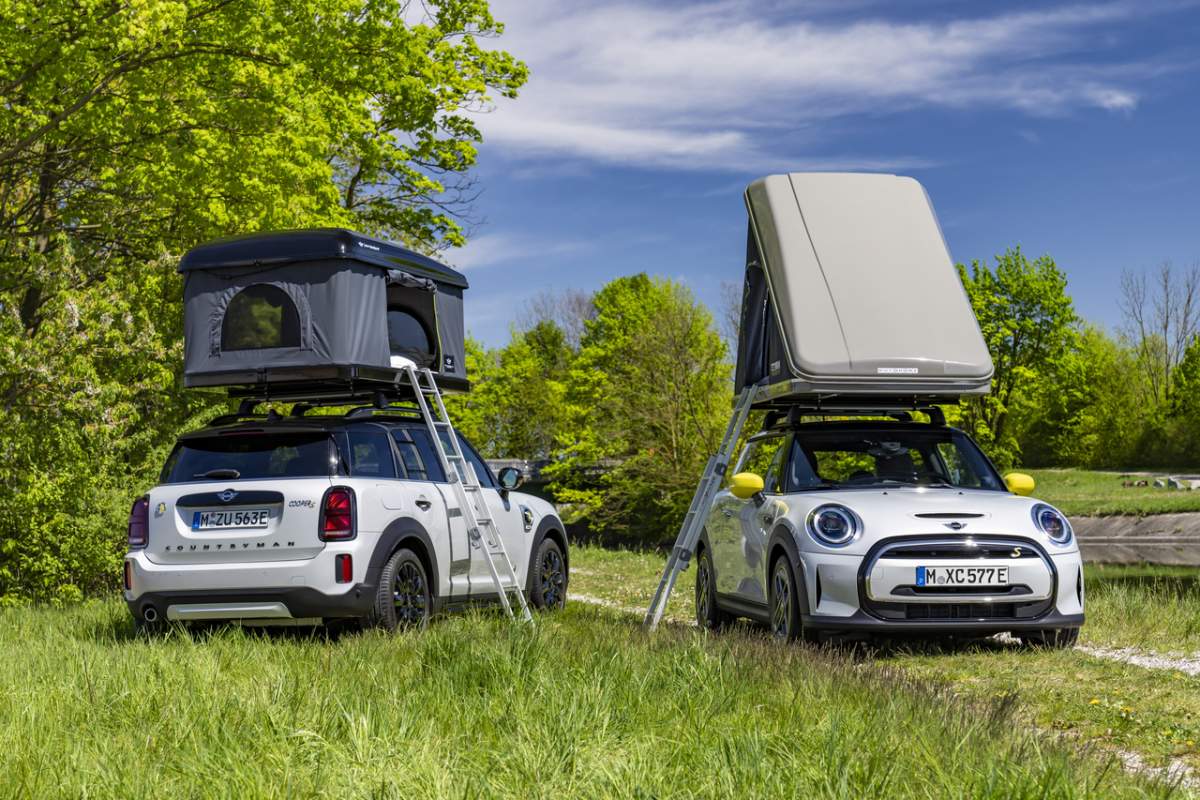 Mini has yet to disclose pricing, but its newest outdoor accessories gear will undoubtedly appeal to those looking for a change of scenery, and aren’t we all?