In what’s becoming a lovely trend from manufacturers all over the map, videos showing conceptual futures where technology has completely transformed the way we go about our daily lives have been emerging – this newest one comes from Microsoft who sees one magical gadget after another, after another. Earlier this month there was a video by the name of “Microsoft Office Labs Vision 2019,” now there’s one called “Productivity Future Vision (2011),” both of them fantastically edited and made to make devices impossible to make with today’s technology seem rather possible by sight.

It’s the very first invention that’s got my attention, for sure – as a woman walks up to a road in front of what must be an airport, she hears a language she does not understand coming over the intercom. At a tap of her glasses, she’s got instant translation into her own English. Sort of reminds you of a Babelfish, doesn’t it? From there’s it’s all displays, all the time. Each window to a car shows off everything the woman needs (or thinks she needs) to see such as an outline of a building that she’s passing by with a note about how she needs to go there tomorrow or she wont get the job she wants – she has a device in her hands that’s one big display connected to everything under the sun, including her kitchen fridge, and everything is full-screen. 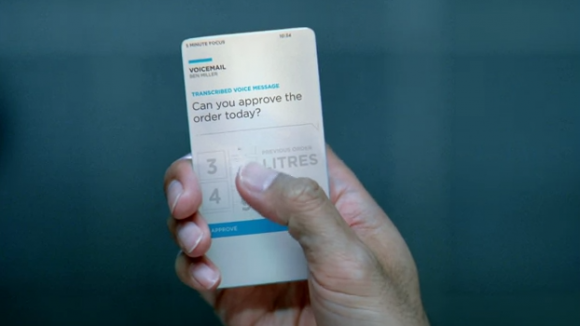 Notice, if you will, the similarities between this “future device” and the current Windows Phone interface and it’s tiles. Sort of makes you think that, wow, Windows Phone is really advanced already, doesn’t it? Then there’s giant displays as large as a desk, made for touch interaction, and all sorts of 3D interaction that I’m not quite sure how to explain. Objects jump off the displays and can be moved around with a waft of the hand. Have a peek at this newest video here:

Then head back to the video from a bit earlier this month:

And notice finally, if you will, now similar these videos are to the video from a few months ago made by Corning (the makers of Gorilla Glass and now Lotus Glass,) in A Day Made of Glass…