Mercedes-Benz has revealed the four-wheeled results of its collaboration with Virgil Abloh, the iconic fashion designer who died in late November. Project MAYBACH, unveiled according to the wishes of Abloh’s family, is a ground-up reinvention of the flagship luxury brand, combining electrification with a coupe body and off-road intent.

Built entirely from scratch, rather than borrowing an existing Maybach model, the two-door is “inspired by the great outdoors,” Mercedes said today. Its goal is “recontextualizing a traditionally urban brand within a distinctly off-road environment,” the automaker added. 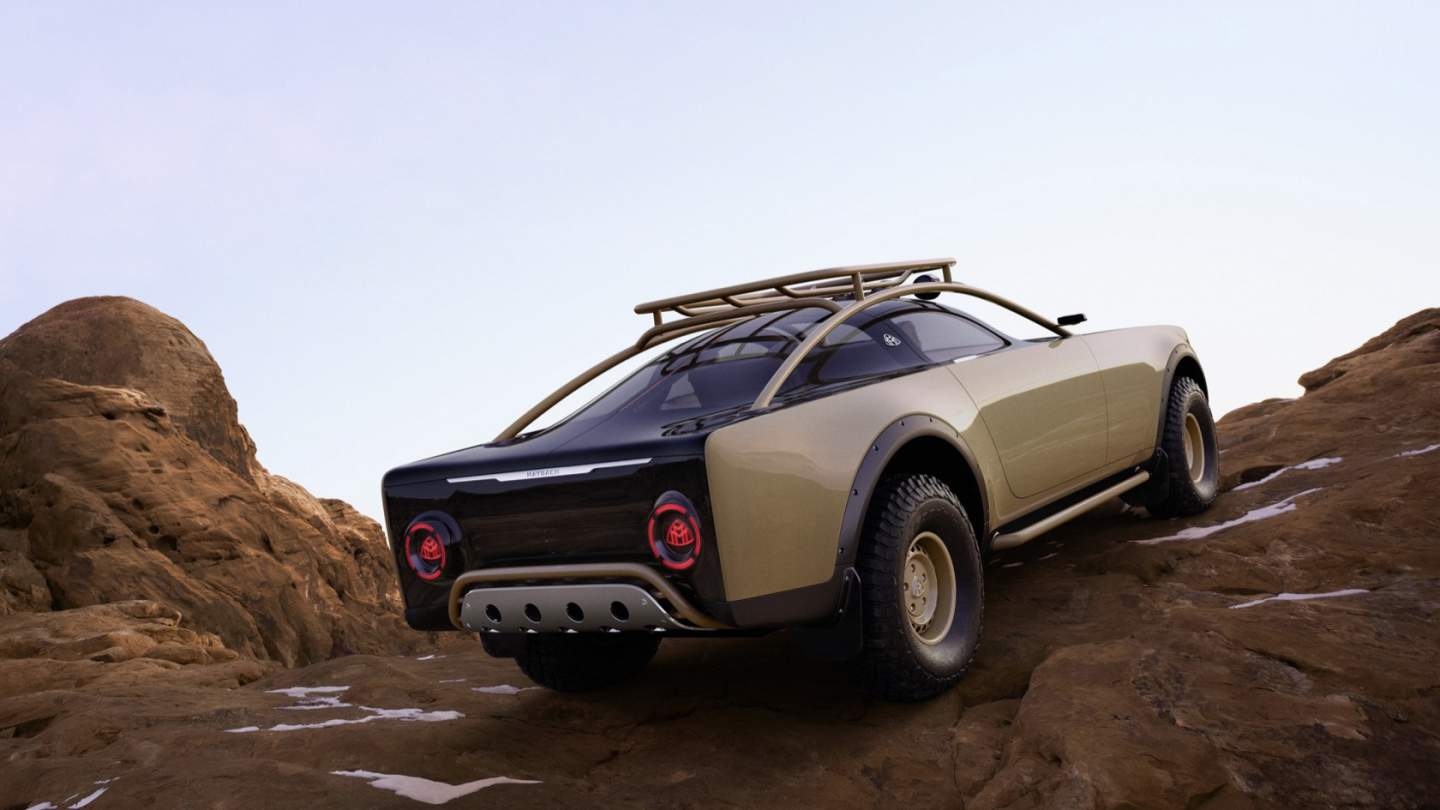 That’s something which is – theoretically, at least, even if most owners are unlikely to take advantage – currently the preserve of the Mercedes-Maybach GLS 600. An upscale version of Mercedes’ already-lavish GLS, the SUV gets sumptuous rear-seat recliners and a whole lot of chrome. However, in comparison to Project MAYBACH, it’s positively subtle.

The coupe is almost six meters in length, or just shy of 20 feet, making it significantly longer than even the Maybach S650 sedan. The vast hood is topped with transparent panels, as are other portions of the bodywork. They reveal solar panels, which could be used to help top up the EV’s batteries. 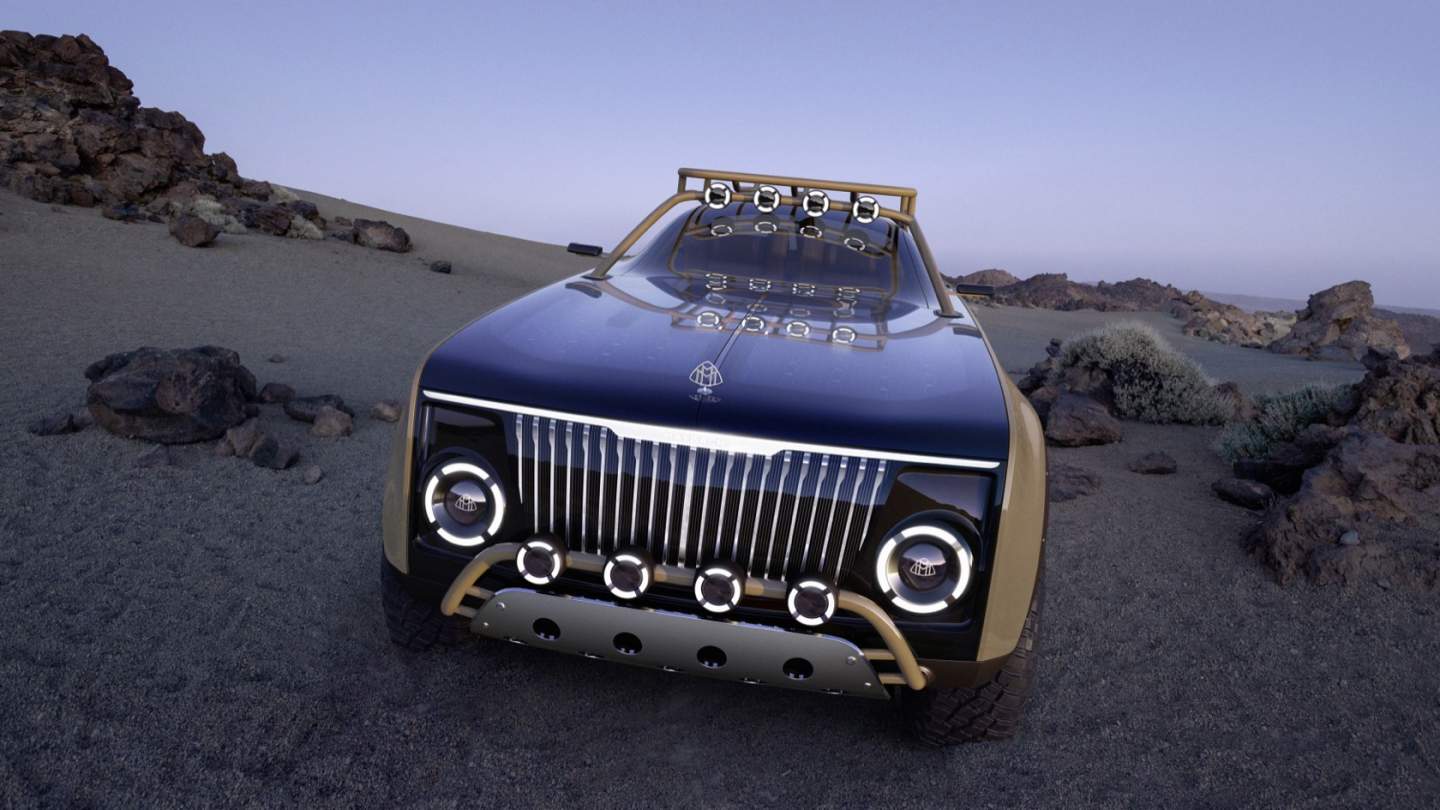 Inside, it’s a distinctly different environment from any other Maybach we’ve seen, though with a similarly obsessive attention to detail. Rugged seats and chunky, milled controls sit alongside high-fashion detailing such as the contrast headrest trim. Maybach-branded accessories, such as a custom hatchet, double-down on the “outdoorsy, but make it stylish” theme. 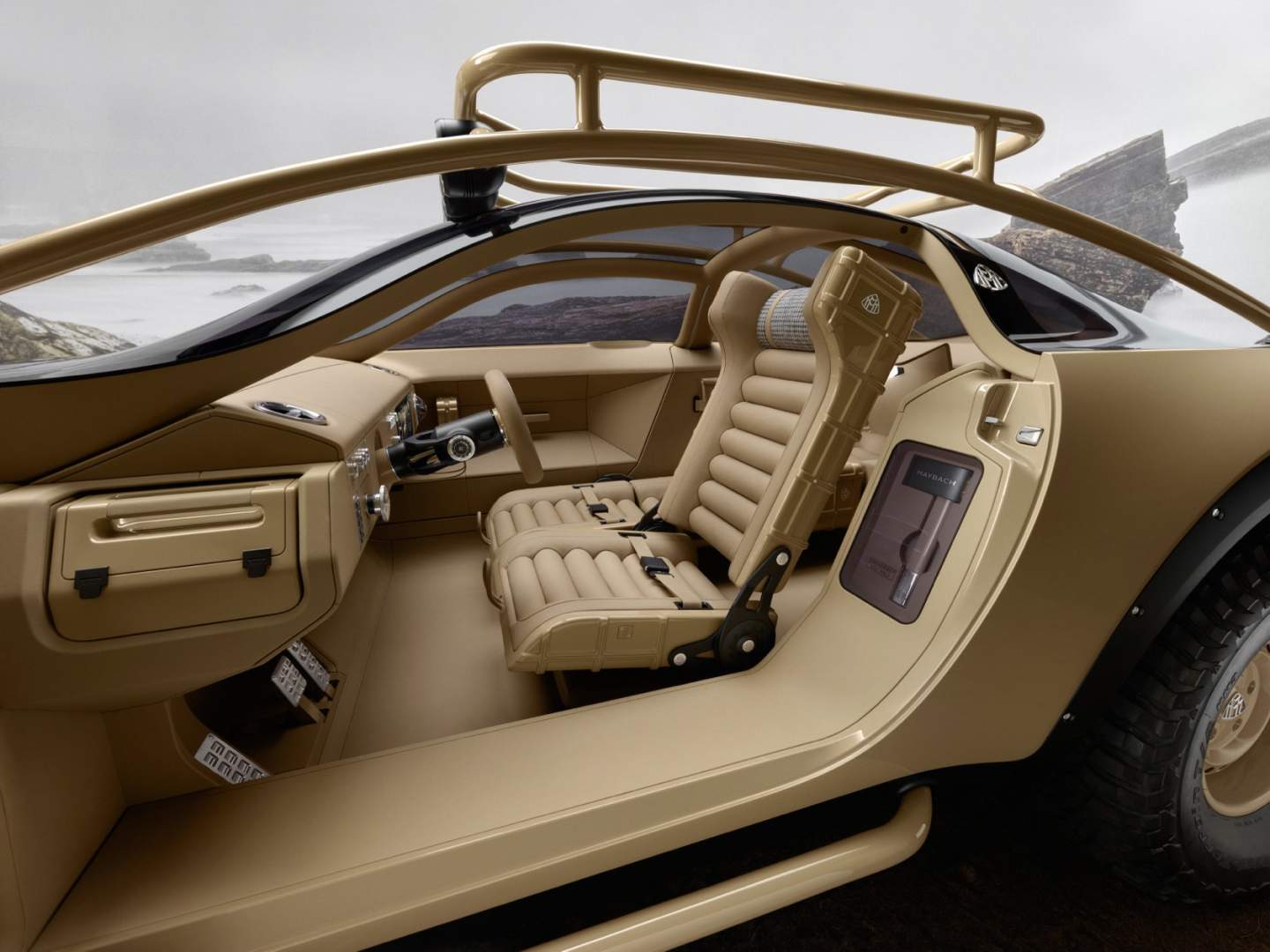 Abloh was likely best known for being artistic director at Louis Vuitton, though it was his own brand Off-White which put the creative on the map. The first African American to hold the position at Louis Vuitton, he previously interned at Fendi and worked with rap celebrities such as Kanye West. Although clothing may have been his most conspicuous creations – including collaborations with Nike and others – Abloh also worked in furniture, graphic design, and music. 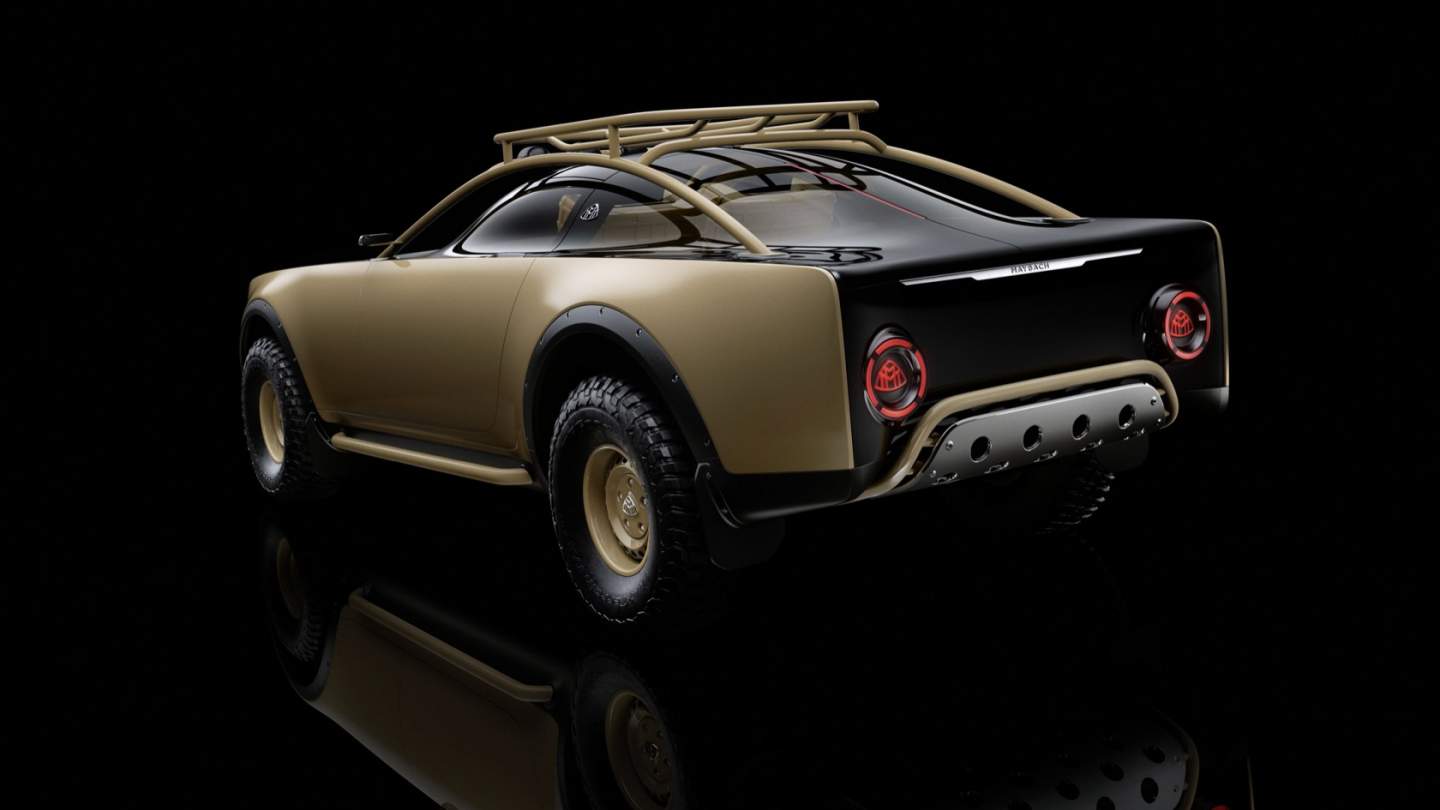 Project MAYBACH is Abloh and Mercedes’ second collaboration. Announced in October 2021, the car followed a reimagined G Class SUV in 2020. “Unlike anything previously seen from Mercedes-Benz,” the automaker teased of this new vehicle, “the show car exemplifies the possibility of design that is untethered by existing blueprints, or production specifications.”

It was an opportunity for Abloh to demonstrate some of his broad skillset, not least a background in civil engineering and architecture. “The Maybach legacy celebrates exploration, pushing creativity to new places, living outside of the status quo,” he said in October. “In this next phase we’re embracing these ideals and bringing the Mercedes Maybach heritage into the future, inviting the next generation to join in revering this icon.” 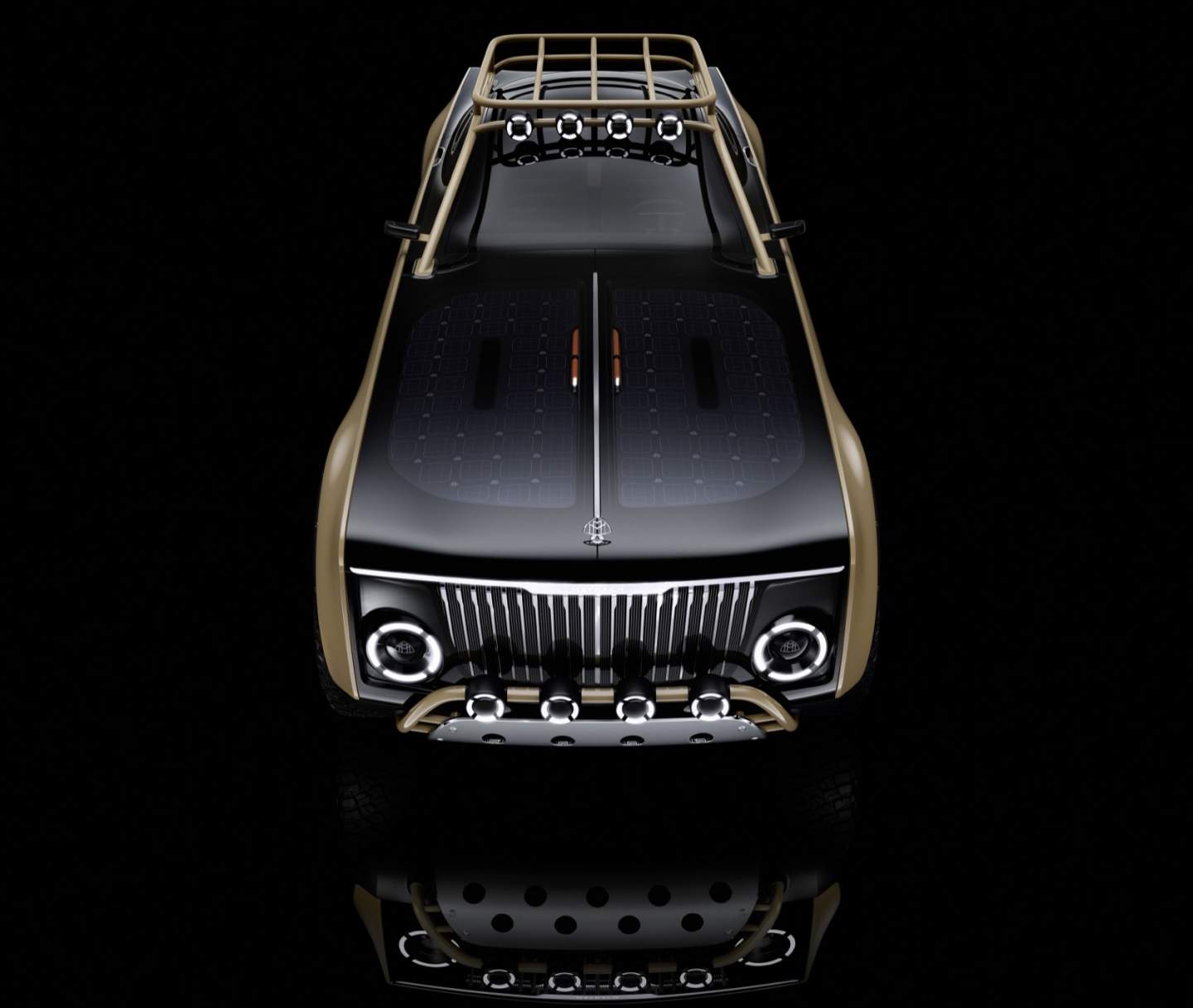 Details like drivetrain and proposed electric range aren’t being discussed right now, and although there have been regular whispers about a Maybach coupe, there’s no telling whether we’re seeing the first inklings of such a car in this concept. The automaker’s first all-electric model, meanwhile, will be the Mercedes-Maybach EQS, an EV SUV previewed in concept form back in September. 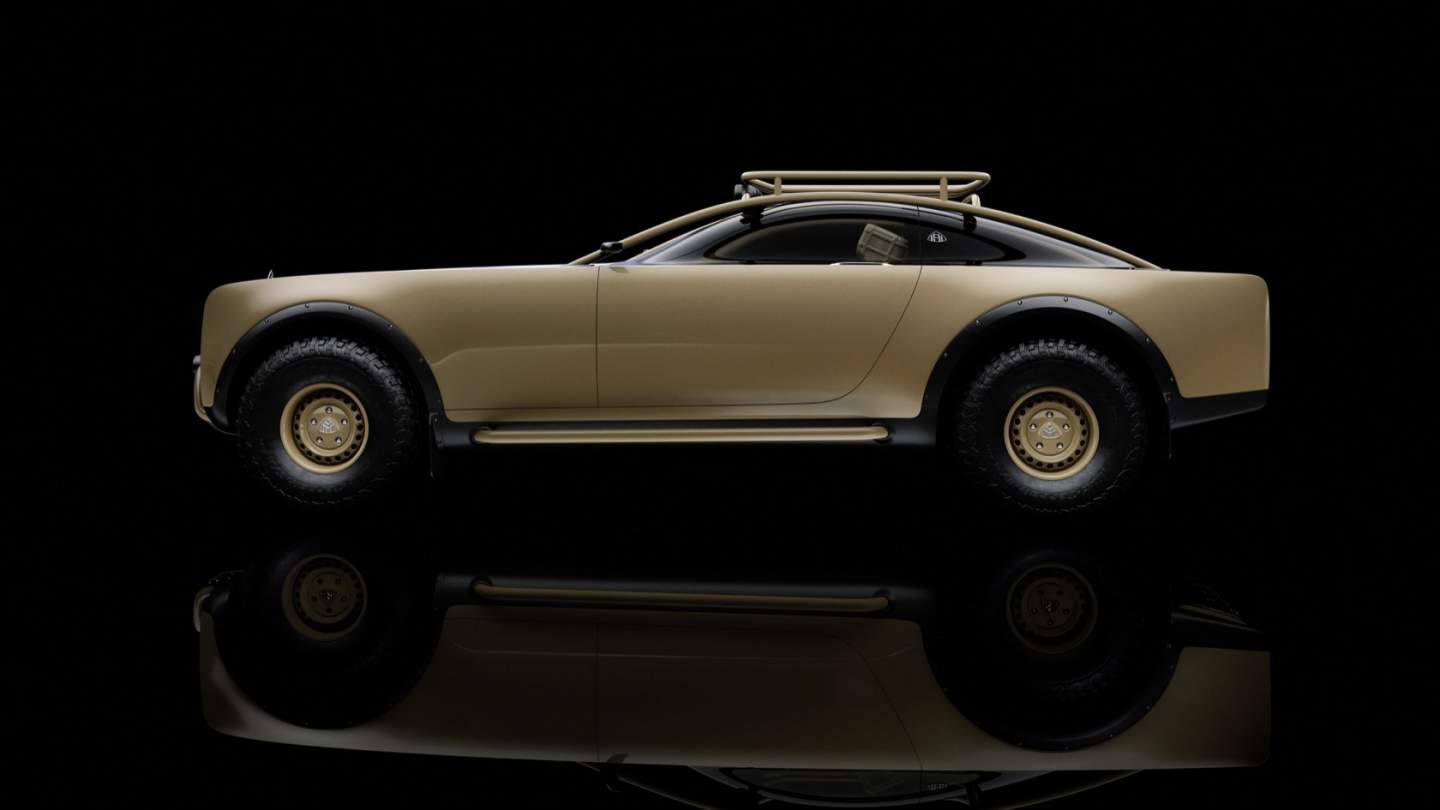 All the same, it’s hard not to hope that elements of this new concept collaboration will show up in future Maybach models. “Whilst the Project MAYBACH show car was inspired by how one could explore nature within a uniquely luxury context with Maybach,” the automaker said today, “The Mercedes-Benz teams thank Virgil Abloh for the inspiration to explore every day the power of cross-industry dialogue to imagine a better, more inclusive future.” Project MAYBACH will be shown this week at the Rubell Museum in Miami, FL.