Mercedes-Benz is preparing to reveal its next all-electric vehicle, with the new EQA promising to bring its EV tech to a more attainable model than what we’ve seen from the automaker so far. Third in the EQ family after the EQC electric SUV, and the upcoming EQS electric luxury sedan, the EQA will be an electric compact vehicle, the automaker has confirmed.

In fact, it’ll be a sibling to the Mercedes-Benz GLA, the entry-level compact crossover that just arrived in its second generation. That’s currently offered in the US with a 2.0-liter turbocharged four-cylinder gas engine, with pricing kicking off from $36,230 (plus destination). 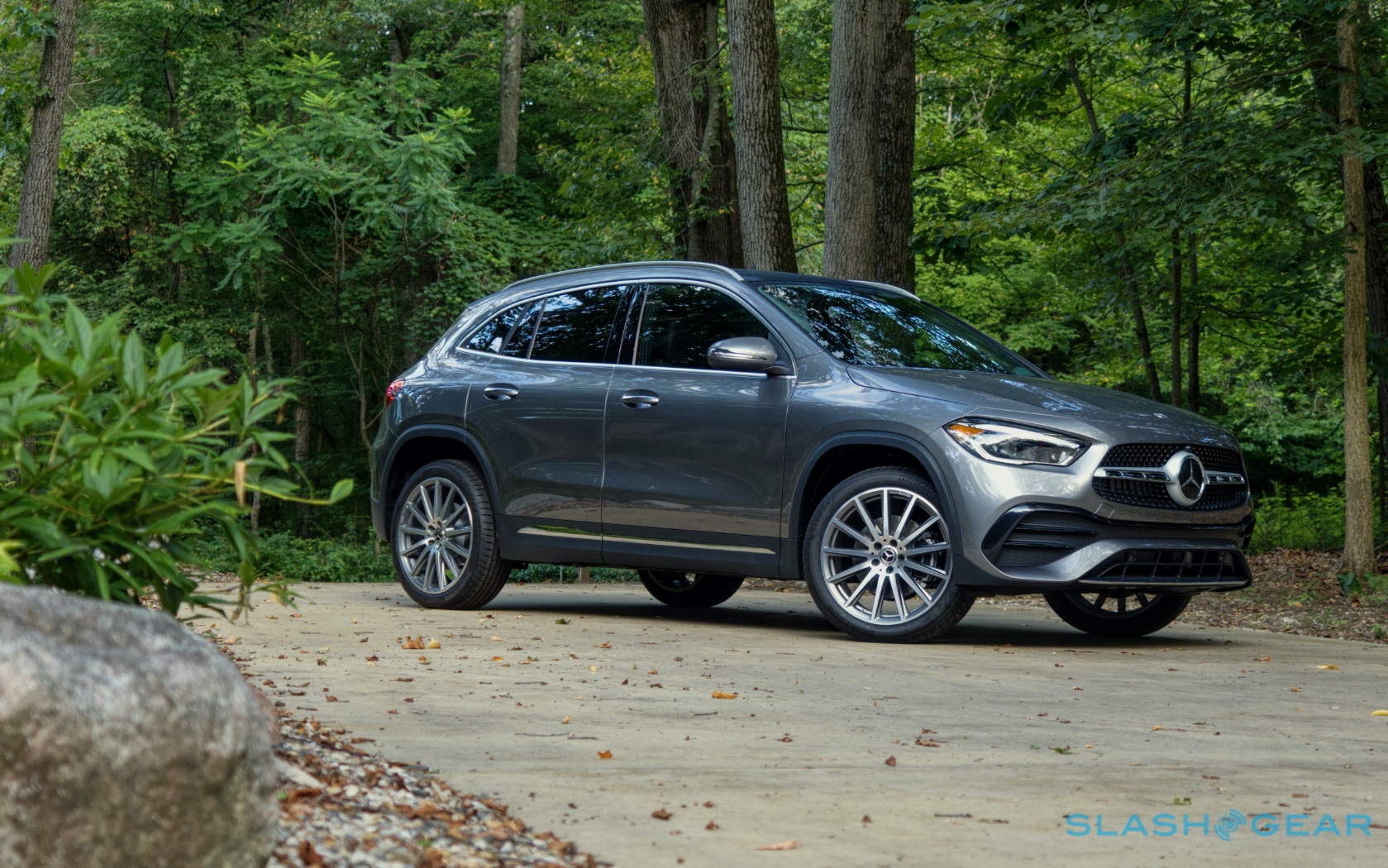 The new Mercedes EQA, however, will ditch the internal combustion. Instead, it’ll throw in an electric drive, initially prioritizing 2WD and with a 140 kW (188 horsepower) power output. That will make it a little less powerful than the 221 horsepower 2021 GLA 250 SUV, but the EV will have an advantage in that all its torque arrives from a standing start.

Later after launch, however, there’ll be more potent, and more capable, versions. Mercedes says it plans to bring versions of the EQA with power over 200 kW (268 hp) to market, along with an all-wheel drive variant. That would slot the more powerful version of the EQA somewhere in-between the GLA 250 and the AMG GLA 35, with 302 hp.

Still to be confirmed are factors like range and – most important – pricing. Mercedes says that it’ll share some of those details, at least, on January 20 when it gives the new EQA its full reveal. It’ll go on sale in Europe from spring 2021, though a US launch is yet to be confirmed or dated. 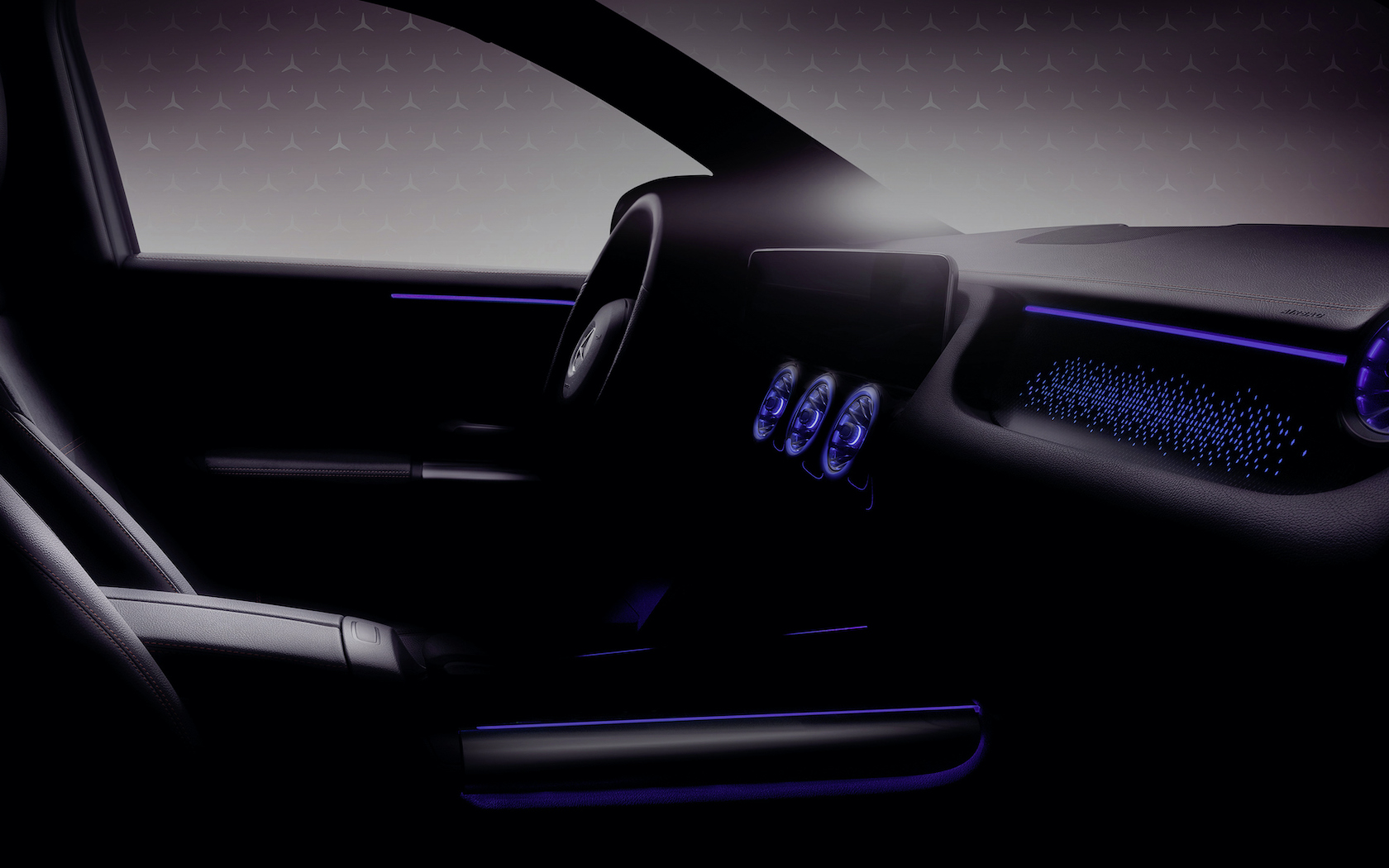 As for what it’s like inside, there we have a teaser image and a hint of the tech Mercedes has in mind. The dashboard features the same circular, illuminated air vents in the center console as the GLA uses, with ambient lighting along the doors, dashboard, and center tunnel. There’s also what looks to be an LED pattern embedded into the front passenger trim, which suggests that – unlike the EQS – Mercedes’ striking (and huge) MBUX Hyperscreen won’t be making an appearance here.

Instead, there’s what looks to be the more familiar digital display, likely with a pair of LCD screens behind a single sheet of glass to handle driver instrumentation and infotainment in one. Mercedes says that there’ll be navigation fitted as standard to the EQA, with what it’s calling “Electric Intelligence” to better accommodate the nuances of EV driving. Route guidance, for example, will take into account not only the fastest trip but where you might need to pause to recharge along the way, the topography of the road that might impact how rapidly the battery is used, and even the weather conditions that could play a part. It’s something we’ve seen location services specialist HERE – which Mercedes parent Daimler just so happens to co-own – show off this week at CES, though it’s unclear if this is the exact system the EQA will tap.

“This makes it easier for anyone who is initially deciding on an all-electric vehicle to get started,” Mercedes suggests, and that’s really the whole point of the EQA: getting people out of gasoline SUVs and into a more affordable EV. We’ll know just how compelling that is in the face of the Tesla Model Y, Polestar 2, Volvo XC40 Recharge, and other similar small electric crossovers later this month.