Mercedes expects its Level 4/5 autonomous cars to be on the road as soon as 2020, but for now the automaker’s vehicles are being purposefully held back from becoming too self-sufficient. That’s the state of play according to according to Ola Källenius, at least, Member of the Board of Management responsible for Group Research and Mercedes-Benz Cars Development. Speaking at the launch of the company’s most advanced model in Zurich, Switzerland, he described the two strategies that are running in parallel to allow drivers to kick back even though they’re at the wheel.

Ask Källenius, the talents of the new 2018 S-Class are actually far greater than you’d know from a typical test drive. The upcoming refresh of the German automaker’s flagship sedan is actually artificially hamstrung, he points out. While officially it’s considered a Level 2 car according to the SAE stages of autonomous driving, remove the inhibitors – which demand the driver periodically touch the steering wheel, for instance – and the S-Class could do Level 3 in many situations.

That path, though, leads you into a world of murky regulations. Mercedes is in discussions with regulators around the world, Källenius says, to work on standardization of just what current cars can and can’t do. However, he’s insistent that the automaker will – unlike some rivals, such as Tesla – wait until that legal environment is clear and the technology “absolutely safe” before it begins shipping product to owners.

“That is not that far away,” Källenius concludes, but he also highlighted the fact that Mercedes’ engineers aren’t putting all their eggs into a Level 3 basket. In fact, the company’s Level 4 and 5 work is operating in parallel, though with a different initial audience in mind.

The most obvious use-case in the beginning for a Level 4/5 vehicle is a robot taxi, he suggests, because such a car would be “phenomenally expensive”. Compared to a regular vehicle, a taxi is in use for a far greater percentage of the day; the limiting factor to a return on investment, in fact, is the human driver requiring rest. In contrast, a robo-taxi could effectively operate around the clock.

The automaker isn’t alone in that goal, of course. Google spin-off Waymo is known to be eyeing its technology for autonomous cabs, and Uber too is working on a self-driving system that could one day replace the drivers in its ridesharing business. Earlier today, Lyft announced its own plans to develop an autonomous platform, which not only will it use itself but offer to third-party automakers like Jaguar Land Rover. As Lyft envisions it, the company will offer a “hybrid fleet” consisting of both human and AI drivers, dispatched as befits the nature of the requested ride.

One thing Källenius is certain of, while connected cities will undoubtedly play a role in future transportation, Mercedes can’t rely on them. Although the upcoming S-Class refresh has car-to-car communication abilities, the research chief is insistent that autonomous and semi-autonomous vehicles must not be dependent on infrastructure. The auto industry, he argues, can’t expect the world to facilitate the first generation of self-driving cars. 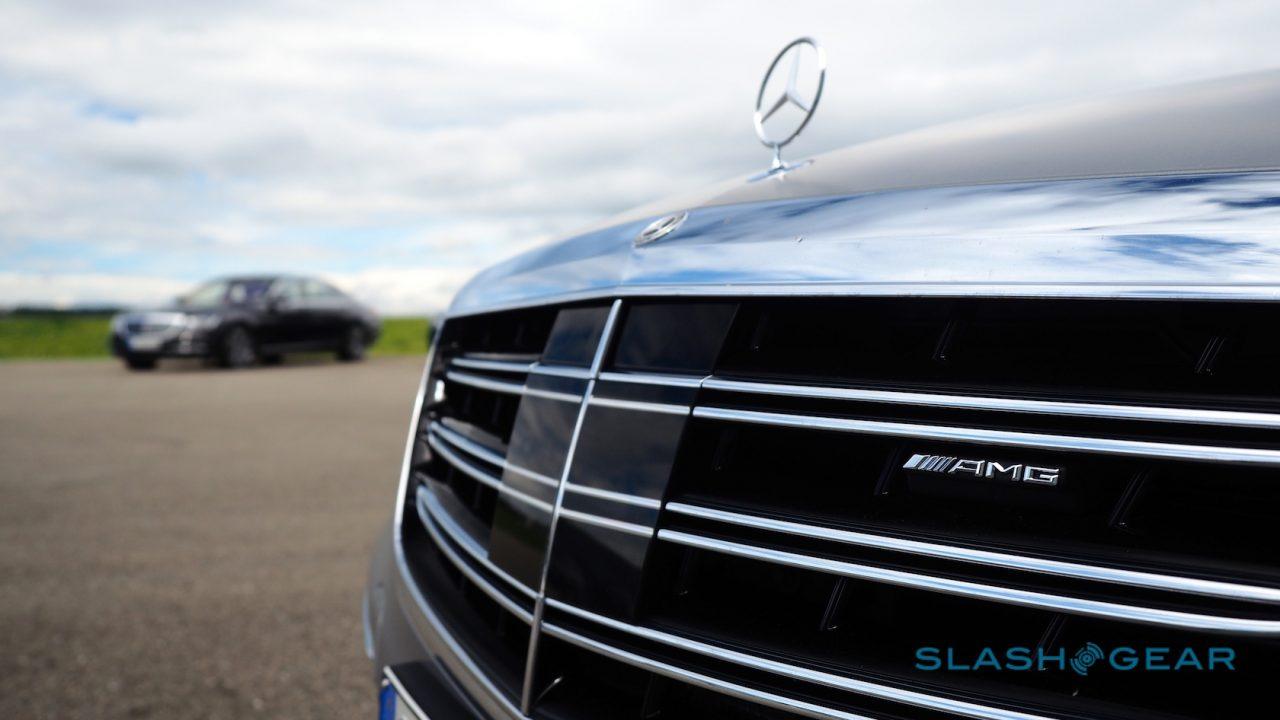 Instead, while Car-to-X might provide a welcome injection of metadata when available, each car will need to be self-sufficient. The current S-Class, for instance, is capable of reading road signs for speed and other warnings, and comparing those to its map data. The future, Källenius says, includes a richer blend of camera, radar, and LIDAR laser scanner information, not to mention deeper mapping courtesy of the automaker’s investment in HERE.

The first autonomous taxi service using Mercedes vehicles is likely to launch in 2020-2025, Källenius predicts. It’s unclear at this stage whether it’ll be through the company’s own mobility services, or via a partner. Mercedes also has “platooning” for autonomous trucks in testing, where multiple cargo vehicles would link together on long-haul stretches and be led by the first truck in line. Human drivers further back in line could be resting during that period, thus extending the active use time of the truck overall.

A “few more years” down the road, meanwhile, he expects full Level 4/5 autonomy will become an option on high-end cars. There, it’ll be expensive, but Källenius argues Mercedes-Benz has an edge over other automakers like Ford and GM who are also tackling the segment. Its vehicles will be able to proliferate more rapidly, he says, as those rivals don’t have the same presence in the luxury segment where buyers will be willing to cough up for the advanced technology.