Another connected home device is giving owners an unpleasant surprise, with the Mellow sous-vide springing a paid subscription on owners if they want to continue getting access to all the features. Launched in 2014 on Kickstarter, Mellow combined what was still at the time a rare cooking technique with an easy-to-use refrigerated water bath and a recipes app with auto-calculating timers.

Rather than leave users to figure out what temperature at which to cook their vacuum-bagged meals in order to hit the perfect “done-ness,” Mellow’s app figured that out in the background. With the refrigeration system and timers, meanwhile, it could be set to have a meal prepared at a certain time of the day. 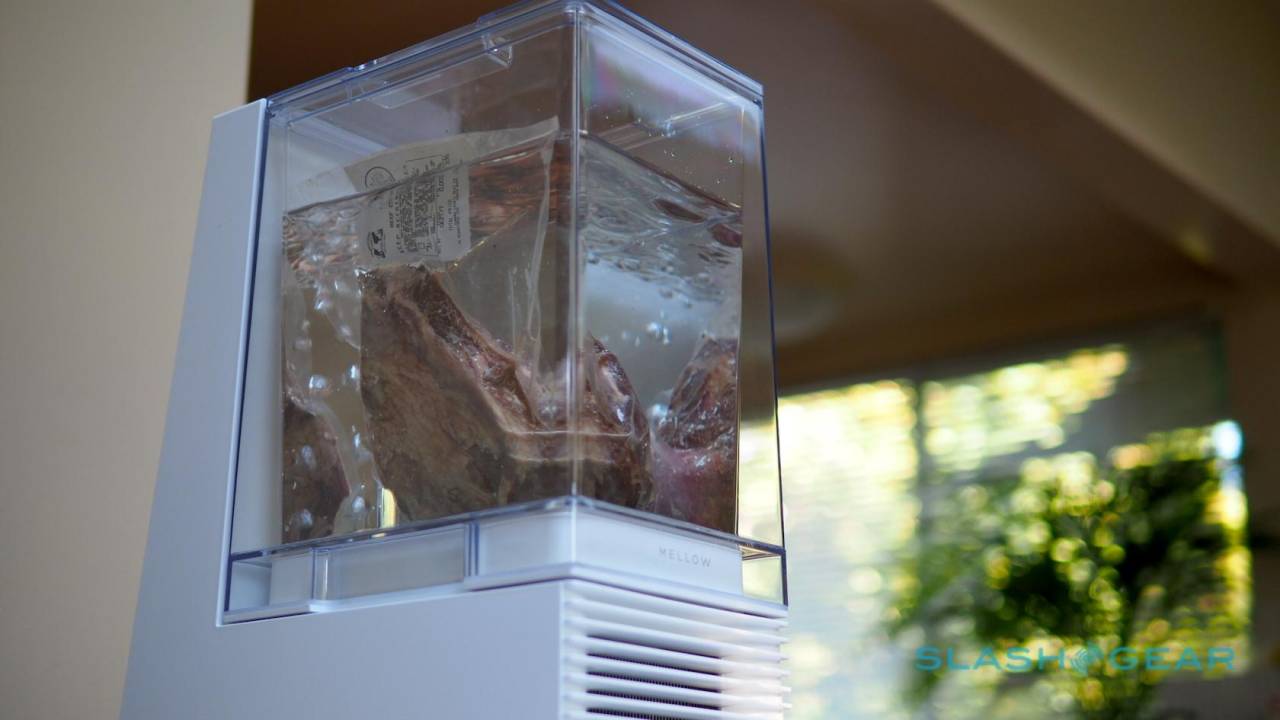 Owners wanting to use those headline features, though, now find themselves on the hook for a monthly subscription. Mellow quietly rolled out its premium plan in an app update this week, notifying those trying to use their cooker that they’d need to update the software before they could continue. Only after that process was finished were prices for the new subscription plans revealed.

One month of service is $5.99, while three months is $14.99. A year’s subscription is $47.99. Reached for comment earlier today, Mellow’s team confirmed the change and highlighted their updated FAQ.

Subscriptions are required to access recipes in the Mellow app, to create custom recipes, and to schedule recipes. It also covers the cooking history. Without a subscription you have manual control over the sous vide, including setting it to cool, but no scheduling. 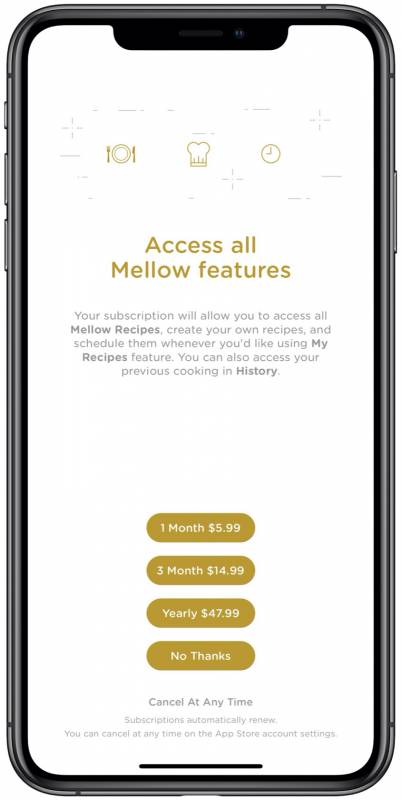 Unsurprisingly, owners are feeling blindsided by the change. Several negative reviews have been left on the App Store following the latest update, while Mellow attempts damage-control on Twitter and Instagram. As the current owners – having taken over the company in 2018 after the original founders exited – explain it, a design decision for the initial version of Mellow is at the root of the problem. The full statement, posted to Instagram Stories, is at the end of this article.

Mellow V1, apparently, has a WiFi connection that’s set to only connect with the company’s authenticated servers. Because of that, it can’t be used offline with the app alone, or with alternative providers. Mellow V2, which raised over $211,000 on Kickstarter at the end of 2019, is said to have added a Bluetooth connection, so that it can be directly controlled from a phone without the server requirements. 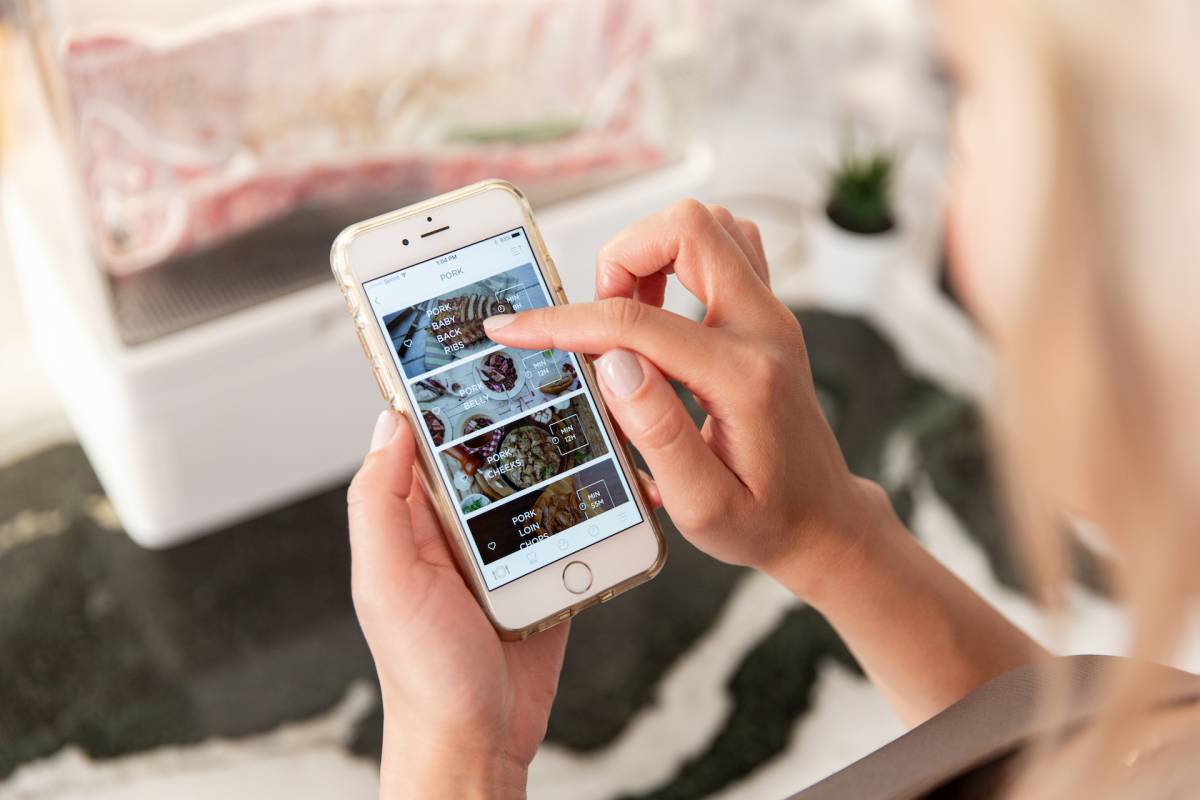 For first-generation cooker owners, though – of which incidentally I’m one, having backed the original Kickstarter – there’s no such workaround. If you want the scheduling and the recipes, right now you have to pay the subscription. Possibly most galling is the retroactive explanation Mellow’s current team has given; without any notification in advance of the change, some owners discovered it at the moment they were putting a meal in to cook.

Underestimating just what’s involved in keeping a connected device or platform running has proved to be the downfall of a number of Internet of Things products. Wink found itself at the center of a critical storm back in May, for example, after announcing that it would be switching its smart home hub system to a subscription basis with just one week of notice. Faced with significant negative feedback it delayed the transition, and subsequently altered the terms of the subscription itself, but the company has been upfront that without the monthly payments the business is unsustainable.

Mellow may have thought it would escape similar push-back by slipping the subscription through as a total surprise, but that seems to have backfired. The next-generation Mellow, meanwhile, has been delayed by six months due to COVID-19, according to the latest update on the company’s Kickstarter.

“Mellow was launched in 2014 by 2 founders out of Lisbon, Portugal. Unfortunately these founders did not think of the future when they built Mellow V1. Mellow was built with WiFi only and uses outside servers to run its systems and software. Their [sic] is no turning back. These servers and systems cost a lot of money each month and the bills are based on the usage of all the Mellows. Not only did the founders lose over $3 million dollars of their investors money but they also had no plan on ow the would pay for the future bills after they sold their Mellows. In 2018 Mellow was going to shut down. If the company shut down all of the Mellows that were in people’s homes would be useless. To save the company one of the early investors stepped in to try and do everything he could.

After 2 years the company was again on the verge of shutting down. Although lots of progress was made, once COVID hit any potential investors or acquirers that the company was talking to walked away. The new owners dug deep to try and figure out a way to save the company. Passionate about the product and not wanting to see it all gone the new team came up with the only solution. That solution was to start charging a monthly subscription to use the app. At first we were going to charge for all features but after some back and forth it was decided to keep the manual mode free and charge for the other features. And that is what was done.