My go-to sous-vide is getting a big upgrade

The Mellow sous-vide is getting a second-generation version, with Mellow Duo adding a dual-vat option to the all-in-one cooking system. Launched back in 2014, in the early days of domestic sous-vide, the first-gen Mellow promised smarter meals with added convenience features like refrigeration. Now, it’s getting an update.

I was a backer of the first-gen Mellow project, though it didn’t have an entirely easy route to the countertop. It took longer to ship than first expected, then required a few early updates to address things like refrigeration temperature. Still, it’s something I typically use several times a week.

Sous-vide, if you’ve not been keeping up in the kitchen, is a method of holding food at a super-precise temperature for an extended period. You put, say, a steak into a sealed bag and then drop it into a water bath: that holds it at the ideal temperature, making sure it’s thoroughly brought up to that point, but never over-cooking. It started out in professional kitchens, but has since migrated to home use thanks to its flexibility and delicious precision. 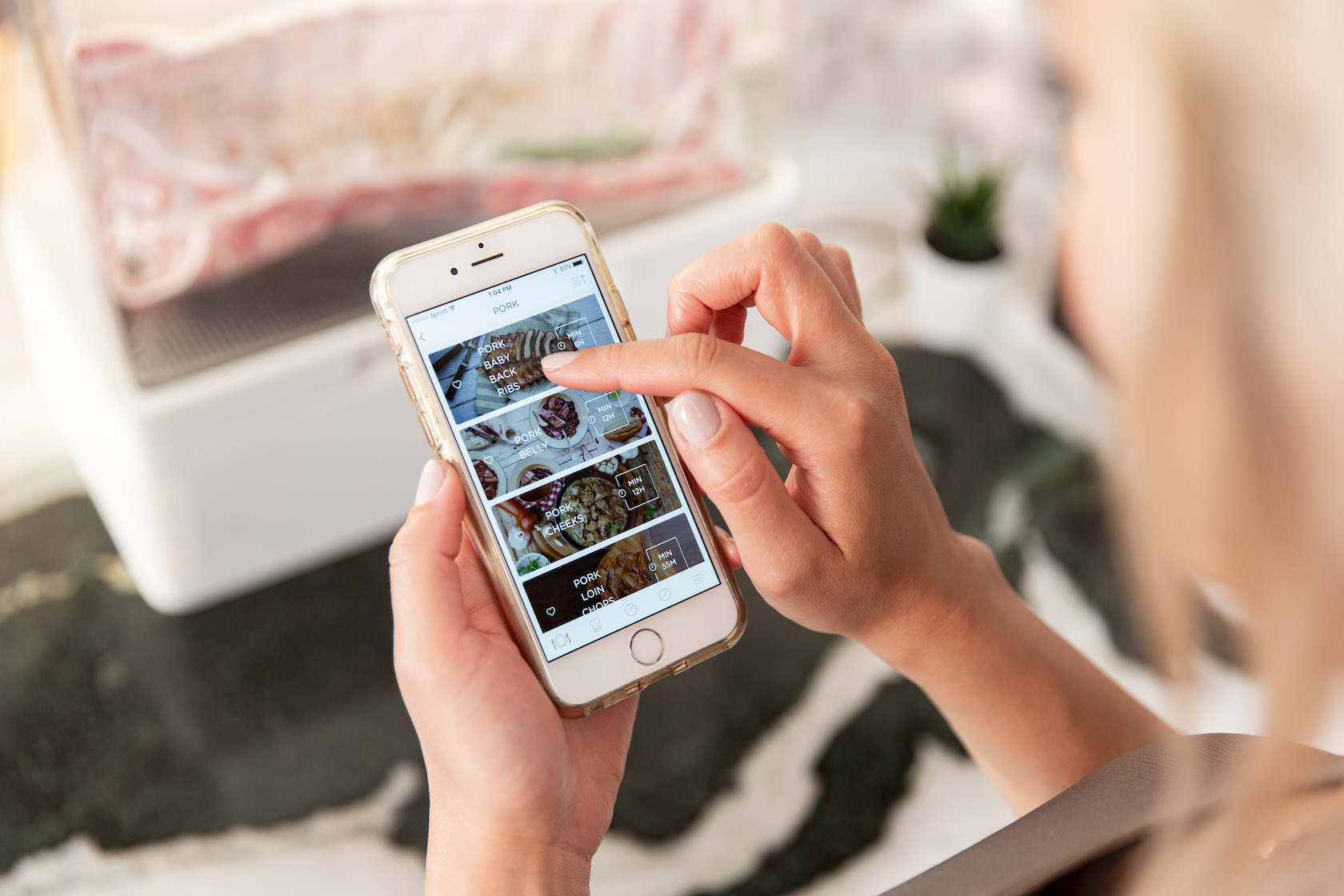 I’ve got several sous-vide units on hand, including several of the stick-style types from Anova and Joule, but it’s the first-generation Mellow I inevitably power up first. For a start there’s the convenience of having an all-in-one system, rather than having to find a large pot to use a stick-style unit in. I can leave the same water in there and re-use it, too, rather than emptying a pot after each use.

Everything is controlled through the Mellow app, which has a database of recipes across a variety of food types. If you want the perfect pork sirloin chop, for example, Mellow has a category and sub-category for that. You add the thickness of your particular chop, whether it’s fresh or frozen, and then select how rare or well-done you prefer it, and then Mellow automatically calculates the best temperature and time.

One of the nice things about sous-vide is that, because the temperature is so precisely controlled, you don’t have to worry about over-cooking. If your dinner plans get pushed back, for instance, you can safely leave that pork chop in the water bath for a few hours more: it won’t get tough as it never rises above the perfect temperature. One advantage Mellow brings to the table is the ability to cool, first, though. 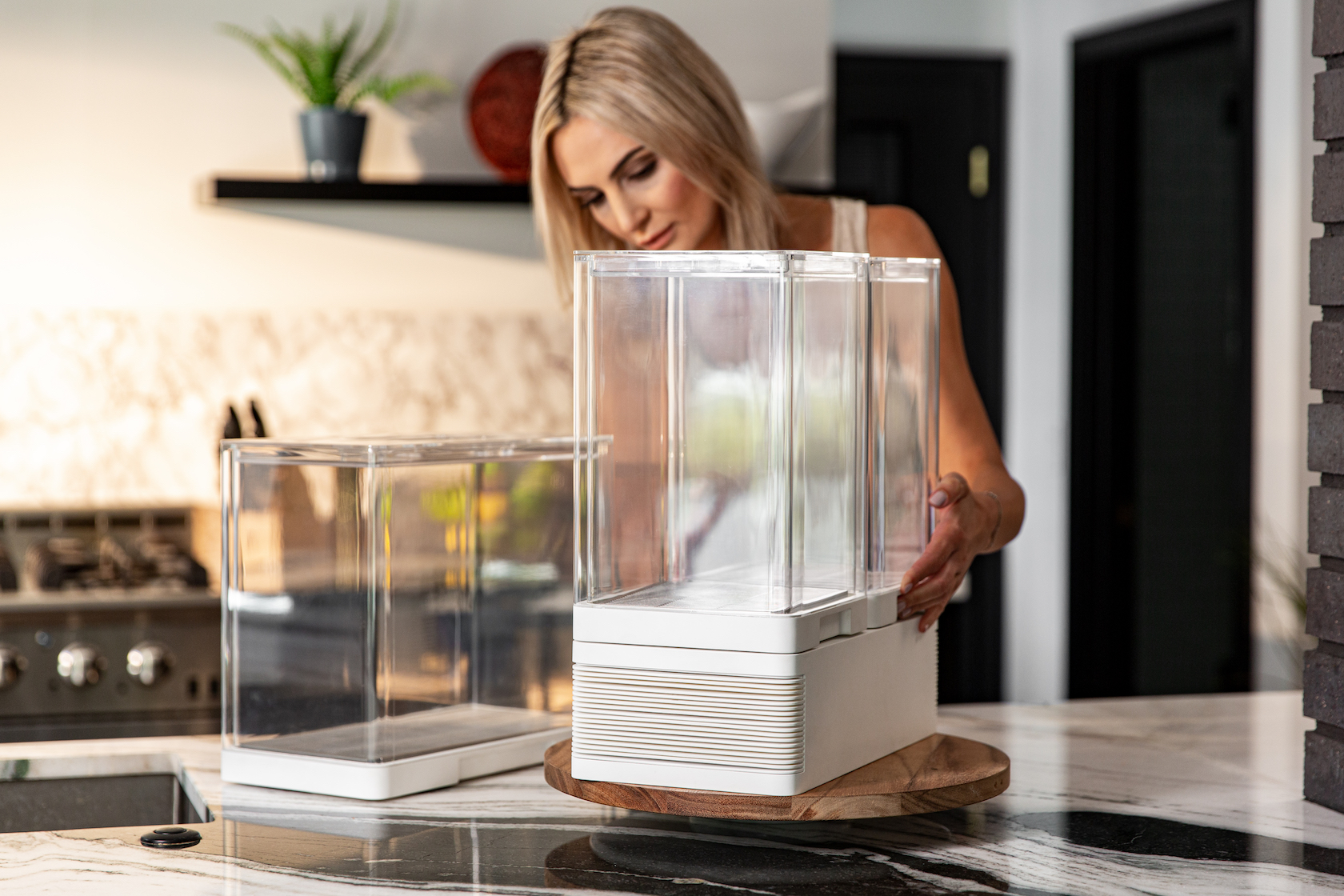 That means you can put something into the sous-vide early – say, as you’re leaving for work – and it’ll be held cool as though still in the refrigerator, until it’s the right time to start cooking. Mellow calculates that all itself, based on the time you say you want to eat.

The second-generation Mellow Duo keeps those features, along with addressing some of the biggest requests from first-gen users like myself. Most obvious is the Mellow Duo’s dual vat option. You can choose between one large water bath to cook the same thing for a larger group, or two separate baths that can individually be kept at different temperatures for cooking two separate things.

Mellow says the single vat has space for up to 14 portions, while each smaller vat can handle up to six. As before it’s a narrow, long unit – my first-gen is sandwiched into a space between the wall and my coffee-maker – and the vats themselves are double-walled for better insulation.

Personally, I’d have liked to have seen some manual controls on the unit itself. For my go-to recipes I know the temperature I want and the timing; it’d be easier to program that on the unit, rather than opening the app and using the manual mode there. To be clear, you can use your own recipes if you don’t want to follow one of Mellow’s, but that’s done through their app. There are no controls at all on the sous-vide itself.

Still, that’s a small annoyance, and something I can live with. Mellow Duo is currently up on Kickstarter and has – at almost $160k at time of writing – already hit its $30k goal, with 20 days still to run. Early-bird pledges can get a Mellow Duo single vat from $179 or a dual vat from $229. The company expects to begin shipping in October 2020.