The first partnership between McLaren and Gulf in Formula 1 and Can-Am was from 1968 to 1973. For a brief moment, the two iconic brands rekindled the flame in the 1990s with the McLaren F1 GTR. After a brief hiatus, McLaren and Gulf reunited in 2020. Celebrating this renewed partnership is the 720S in old-school Gulf livery.

“The 720S in Gulf colors celebrates two high-performance brands who draw on a deep automotive and racing history that have embarked on a new strategic partnership to excite customers and fans around the world,” said Mike Flewitt, Chief Executive Officer, McLaren Automotive.

All McLaren road cars will have oil and fuel from Gulf as the brand is officially the preferred lubricant supplier to McLaren Automotive. “McLaren is a brand that shares our future aspirations and our ambition for innovation, and we look forward to developing our relationship further in the years to come,” added Mike Jones, Chief Executive Officer, Gulf Oil International.

McLaren is producing the retro-inspired Gulf 720S in limited numbers. Each vehicle will be hand-painted by McLaren Special Operations (MSO) using paint from Dutch paint specialist AkzoNobel. According to McLaren, the Gulf-themed racing blue and orange finish took 20 days to complete by MSO’s expert craftsmen and women.

The bespoke interior gets matching blue and orange stitching with embroidered Gulf logos on the headrests and painted logos on the sills. Additonally, the steering wheel has dark blue carbon fiber spokes and an orange center band to match the orange exterior stripe.

“The 720S, in such an evocative livery and interior finish, created in close association with Gulf, which perfectly shows the potential for our customers to work with MSO’s skilled team to personalize their McLaren,” added Flewitt. 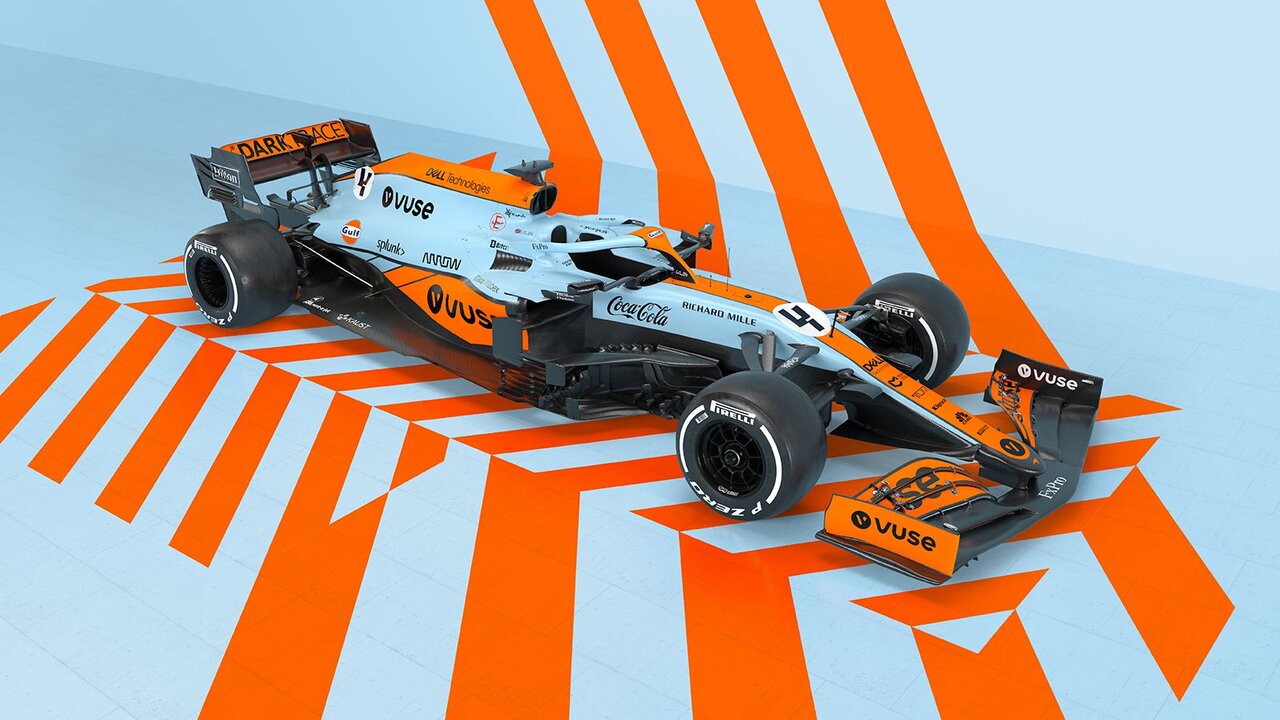 If you want to see McLaren’s Gulf livery in all its racing glory, we have good news. McLaren’s MCL35M Formula 1 car will wear the legendary Gulf colors at the Monaco Grand Prix from May 20 to 23, 2021. We’ll see you there!