CES is the largest variety show for a series of smart — and often unexpected — tech products. While it is not unusual to witness smart locks being showcased at the tech gala, Masonite is showcasing an entire smart door at CES 2022. The Masonite M-Pwr smart door comes with an integrated smart doorbell with a camera, inbuilt lights, and emergency power backup.

The smart door incorporates products from multiple partner companies. The video doorbell is made by the home security and automation company, Ring, whereas the smart locks are sourced from Yale Home, a 180-years-old lock company. Meanwhile, Masonite is taking up the task of crafting the gates itself. 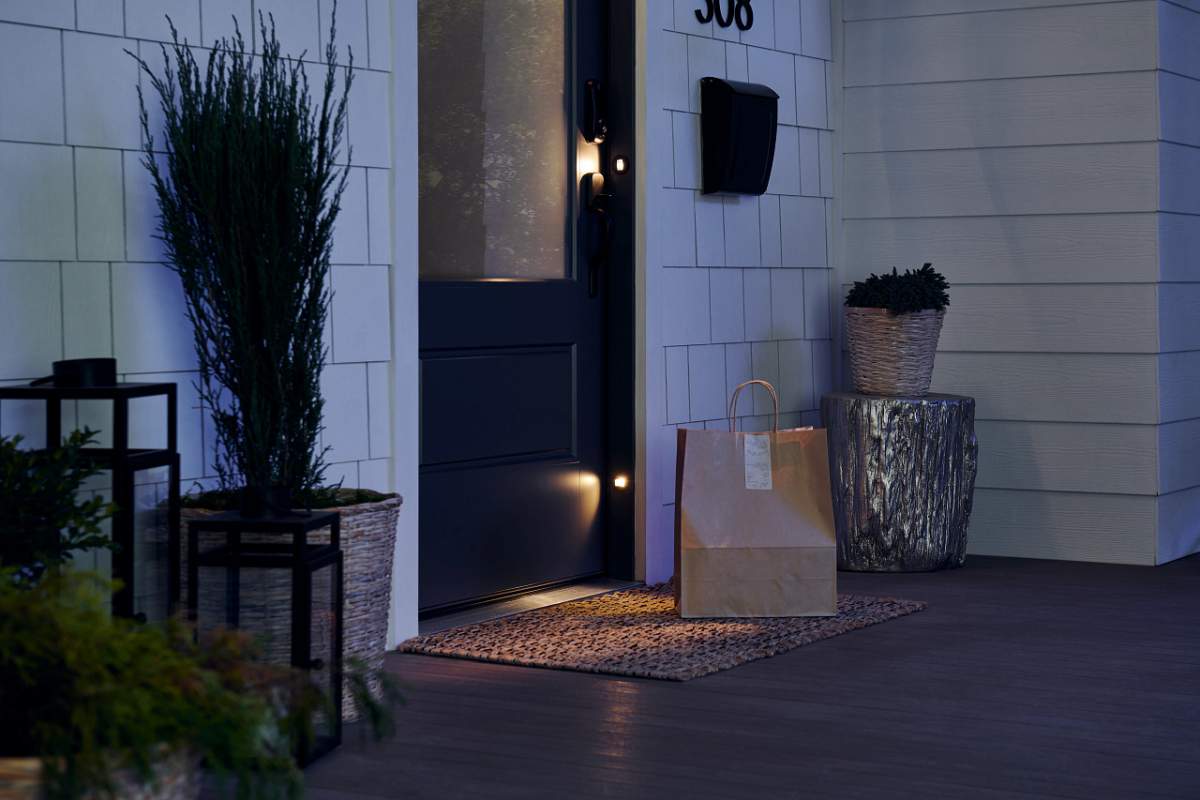 Catering to the power requirements of the video doorbell and the smart lock, the Masonite M-Pwr smart door has a built-in system that allows it to be connected to the electric supply as well as Wi-Fi. Since the smart door is prebuilt with an electric connection, the doorbell and the lock do not require separate power sources.

Masonite has also ensured the smart door doesn’t fail in the event of a power failure. M-Pwr comes with an inbuilt battery that, as per the company, can offer up to 24 hours without electric supply. The smart door also features a motion-controlled LED light on the top and the side of the frame, and these lights can illuminate the area around the door and improve the video quality of the doorbell camera.

A phone app for absolute control 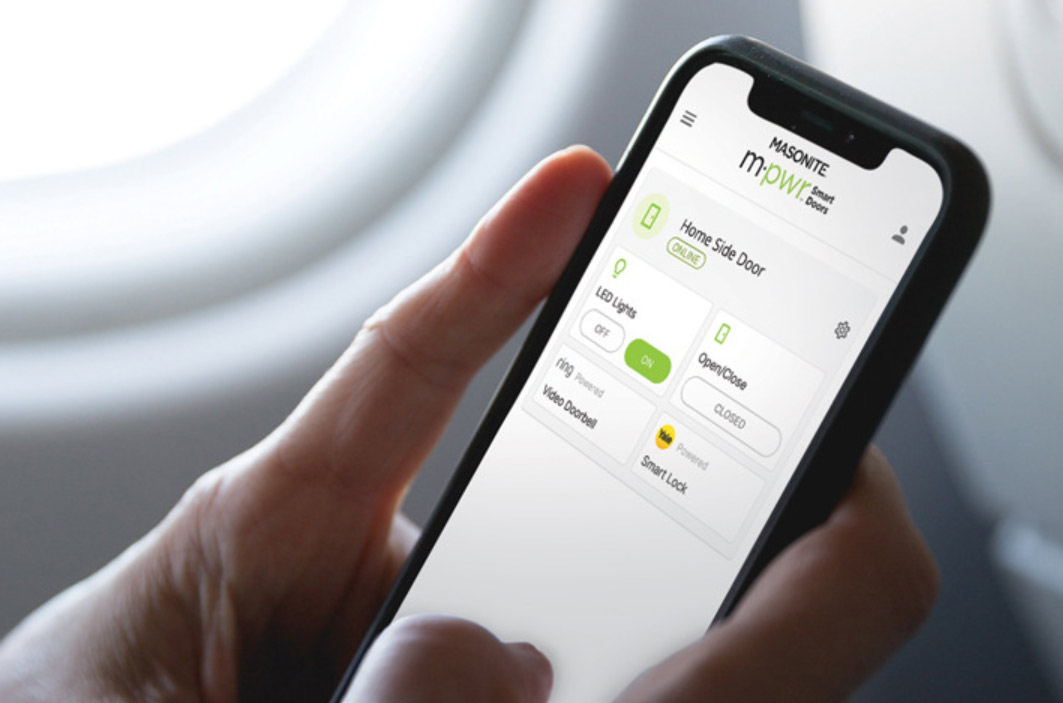 The door is made of fiberglass and Masonite claims it can withstand severe changes in the weather. To back its claim, it is offering a 10-year limited warranty on the door. The company will also offer a variety of designs, colors, and finish options to give you ample choices for a smart door.

Like most other gadgets for a connected home, Masonite’s M-Pwr smart door can be controlled with a smartphone app that’s available for both — iOS and Android. Homeowners can use the app to lock or unlock the door, turn the light on and off, and monitor what is being recorded on the camera, even when they are far away from their homes.

But, not as futuristic as something we’ve already seen! 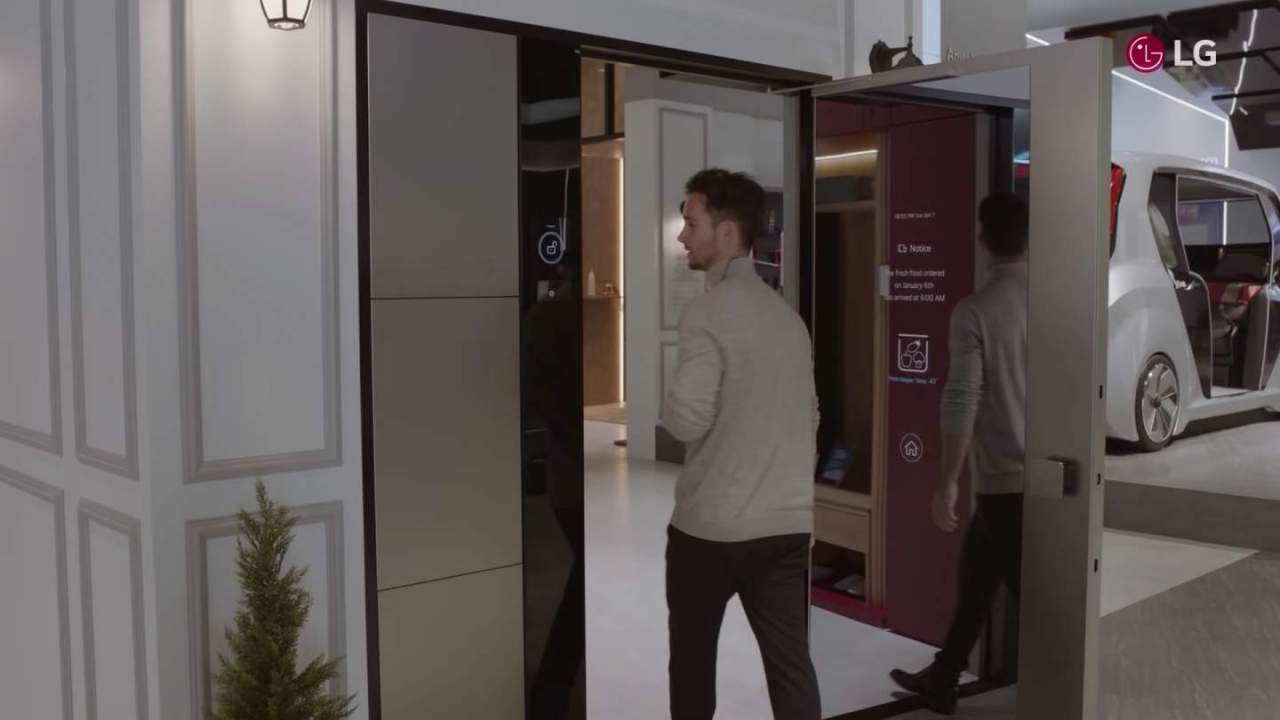 Notably, this is not the first smart door we are seeing at CES. Back in 2020, LG showcased a future-ready smart door that unlocked by scanning the face and palm of the owners. Alongside this shield of safety, LG’s smart door also had a mini entry for deliveries, with separate compartments for standard packages and perishables. Inside, there was a smart display built into a mirror that would show details like the weather and traffic updates or help you build a grocery list.

Even though Masonite’s offering is deservedly way more practical — and doesn’t feel straight out of a spaceship, LG’s solution did help us imagine that doors could be much more efficient, especially in the post-5G world.