German tuning expert Manhart has a dilemma. Electrification is at the core of Mercedes-AMG’s incoming 2022 C63 and C63 S, and it will no longer have its fabulous 4.0-liter bi-turbo V8 engine. Manhart claims the newest C63 will probably come with a turbocharged 2.0-liter four-banger and an electric motor.

“The (V8) engine’s farewell is approaching,” said Manhart. And even though it will have around 650 horsepower, it won’t have the sound and fury of AMG’s thunderous V8. The solution is to live in the present without dwelling on the future, which is the principle behind Manhart’s CR 700 Wagon. As you can see, it starts with a Mercedes-AMG C 63 S shooting brake and a host of performance-enhancing upgrades. 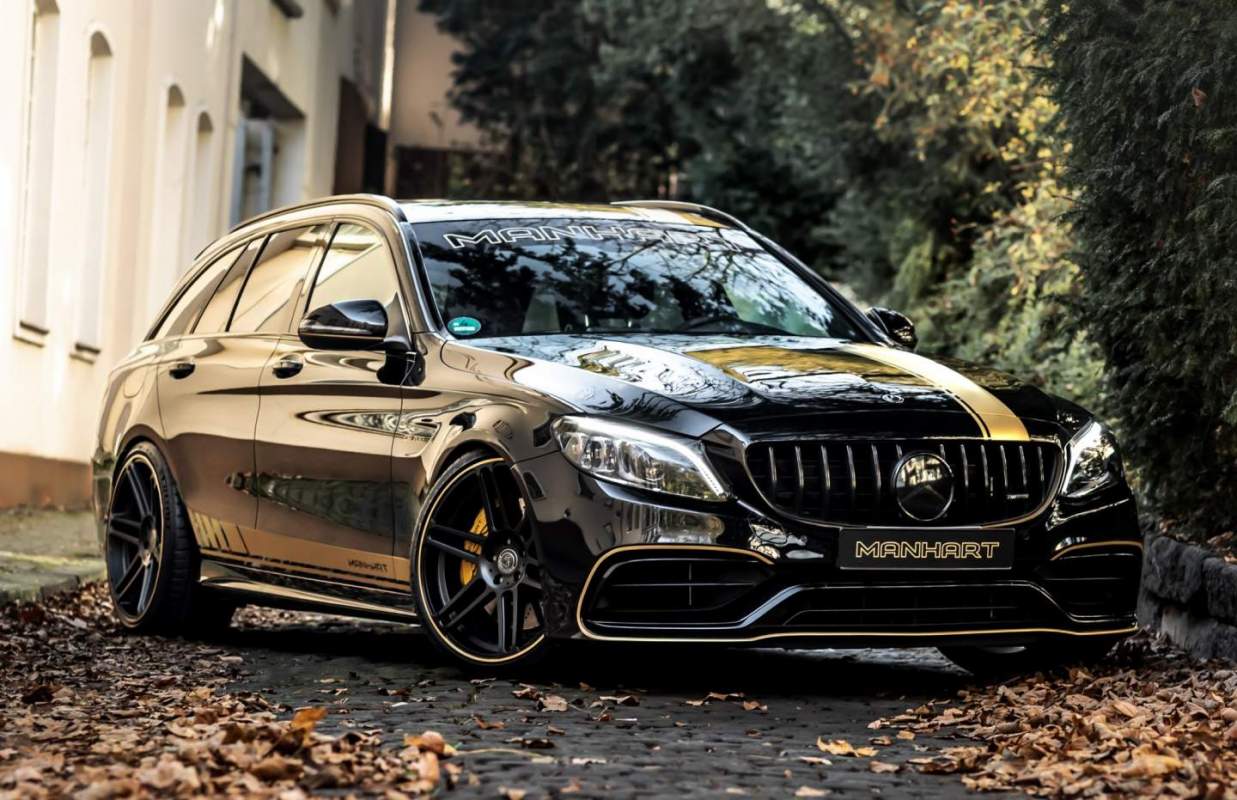 Under the hood is a 4.0-liter bi-turbo V8 with Manhart’s custom turbo performance kit, consisting of new turbochargers, a carbon-fiber air intake, an upgraded intercooler, and custom ECU tuning. It now has 700 horsepower and 678 pound-feet of torque, a handsome uptick over the stock C63’s 510 horsepower and 516 pound-feet of torque. Power goes to the rear wheels via an updated nine-speed AMG SPEEDSHIFT automatic gearbox. 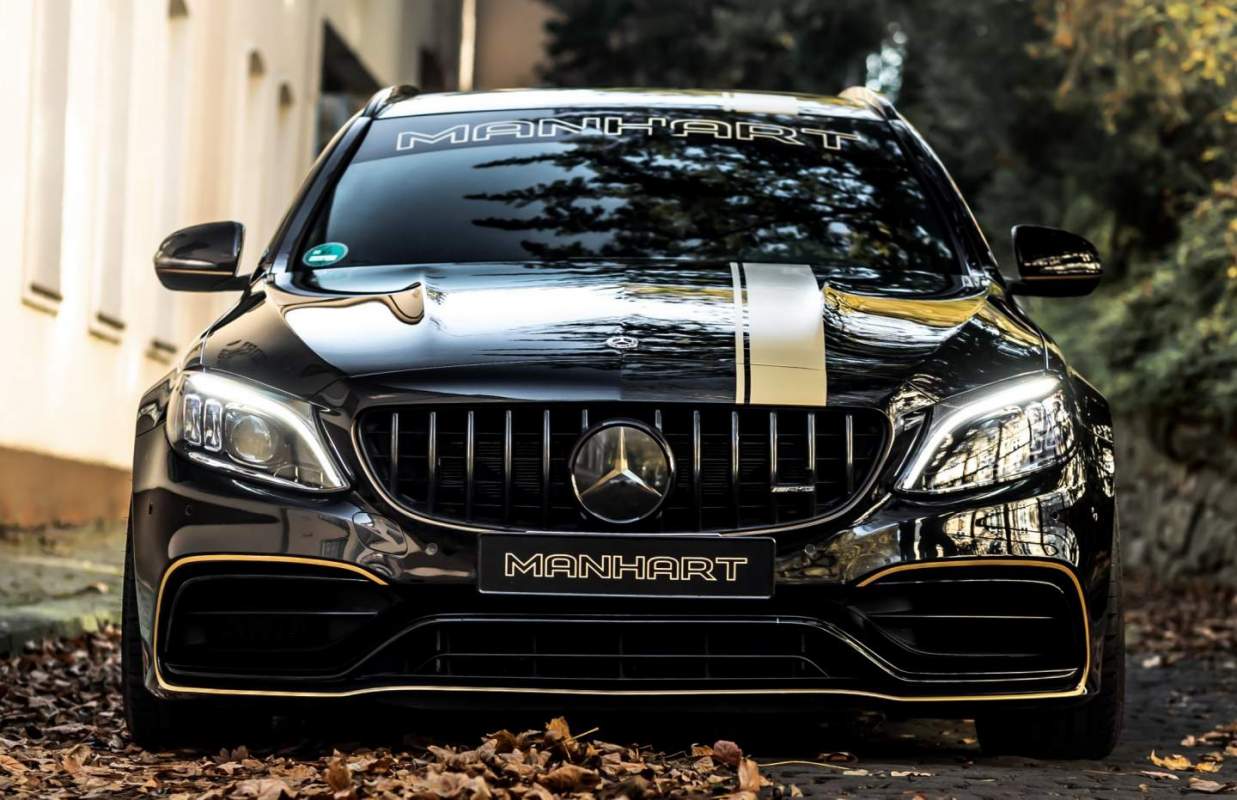 With that much power, we’re expecting bonkers numbers, but Manhart is keeping the acceleration numbers privy at the moment. However, it did reveal CR 700 rushes from 60 to 124 mph (100 to 200 kph) in under 5.5-seconds, proof of the tuned VV8’s beastly mid-range pull. Manhart can dial the output to 712 horsepower upon demand. The tuning firm offers two exhaust types for its latest creation: sports downpipes with 200-cell catalysts or racing downpipes with deleted cats. 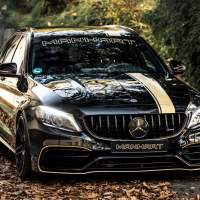 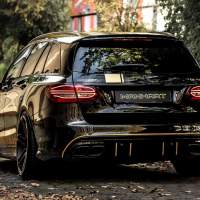 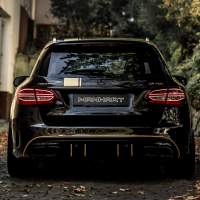 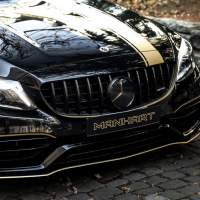 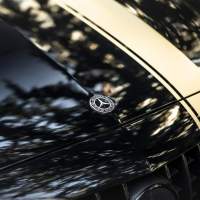 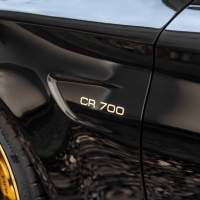 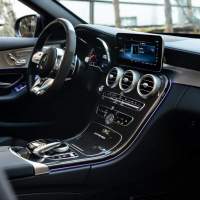 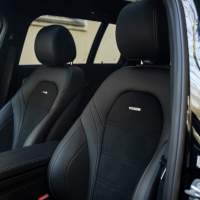 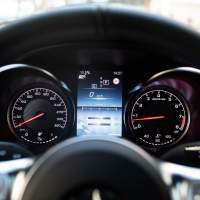 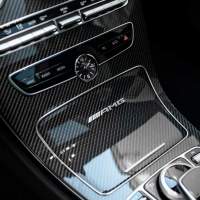 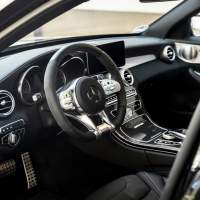 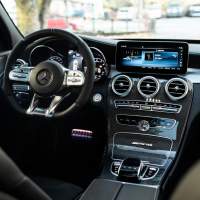 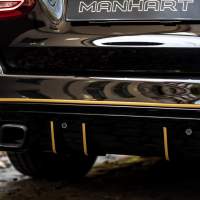 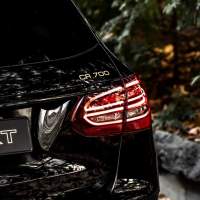 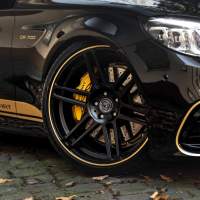 Meanwhile, the exterior upgrades include bespoke 20-inch Concave One wheels finished in satin black with gold rim pinstripes, wider high-performance tires, a Manhart decal set, and H&R coil springs. The brakes and interior remain stock, but you can specify a custom interior and braking kit if you ask nicely with dollars in hand. 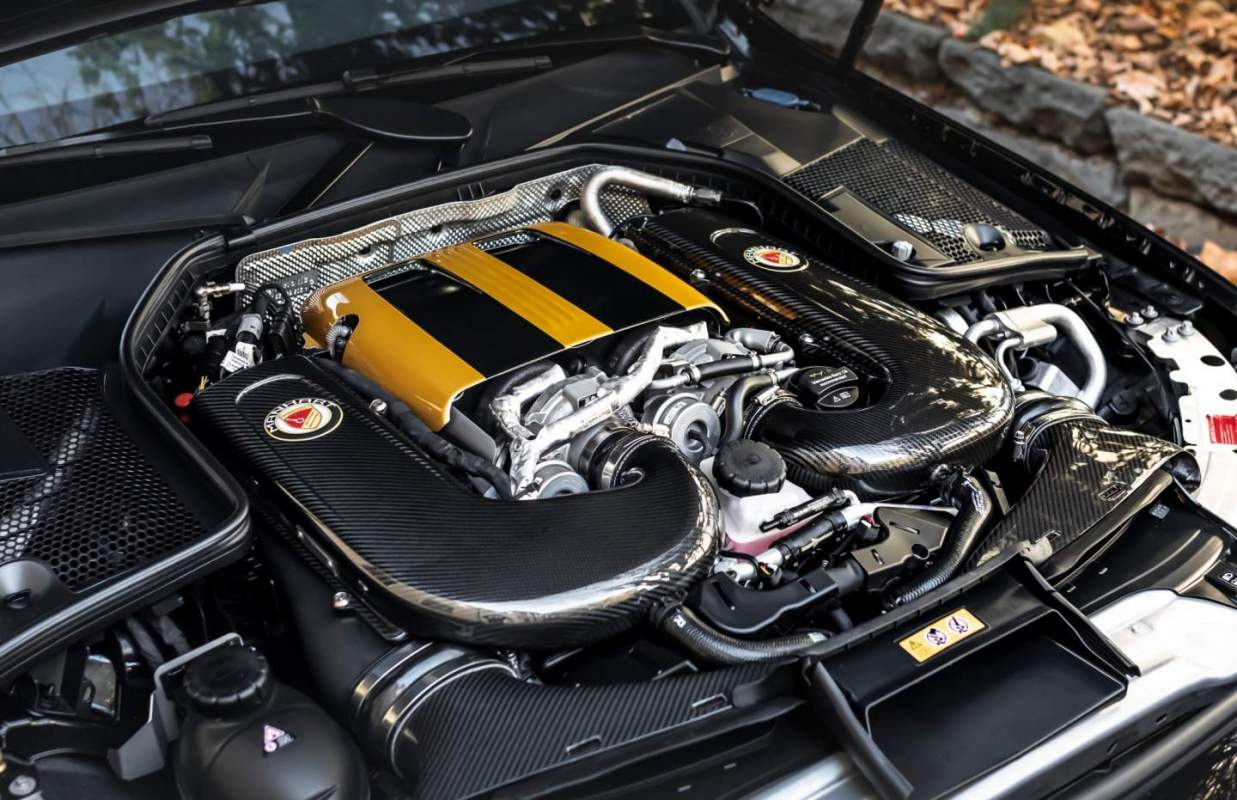 Speaking of dollars, Manhart failed to mention the base price for its CR 700 Mercedes-AMG wagon. For reference, a stock 2021 Mercedes-AMG C63 S starts at around $78,000, so a six-figure price tag is in the works – little money for what Manhart calls the Grand V8 Finale of station wagons.