Lytro Illum: Is this the photographic revolution?

Lytro‘s second-generation light-field camera, the Illum, is already prompting controversy among photography fans, with the prospect of a new type of post-processing from what was originally dismissed as a toy. Promising four times the resolution of the first Lytro, the Illum also looks the part: a menacing stealth-black camera that looks like a Sony NEX turned evil. Still, is the world ready for light-field photography, and is it any good?

Light-field photography is complex stuff, relying on a new type of sensor technology that captures not only light but stores the angle at which that light enters. Using that second level of data means that Lytro can calculate the point of focus in the photo after the shot is taken, rather than at the point of capture, producing images on which you can click and refocus.

So far, Lytro has only released one refocusable image from the the Illum, the following moody shot taken across the hood of a car. The embeddable viewer allows you to refocus at will, as well as do limited zooming; of course, you can’t do that if you share the still in a Facebook or Google+ gallery.

We’ve seen the same from the original Lytro – an unusual metal and plastic tube of a camera, with the lens at one end and a small display at the other – but the promise with Illum is more professional results. While the geeky appeal of being able to reframe shots from the first model was unmistakable, the actual photos themselves left plenty to be desired. 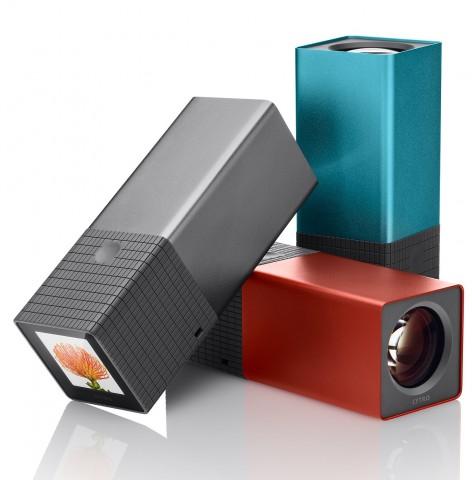 Grainy and often murky in low-light conditions, most damning of all was the fact that they rarely actually seemed quite in crisp focus, even at the point where you were clicking.

It’s too early to say whether the new Lytro will suffer the same issues, though on paper at least the specifications are more promising. A constant f/2.0 aperture over the entire 8x optical zoom (30-250mm equivalent) is a good start, as is the 1/4000 of a second maximum shutter speed.

What’s dividing photographers is whether the camera is suited to prosumers or not. Many of the buttons and controls are placed where they’d be on a traditional DSLR, and there are new manual settings that can be accessed on the camera itself.

Still, does someone with $1,500 to spend and who falls into the target audience want to spend time tinkering with refocusing on their camera, or are they more likely to be simply shooting frames? Not only that, are they willing to retrain their eye so as to properly frame images for the best refocusing results later?

It’s clear from Lytro’s “living photos” approach – which effectively animates the images to phase through different focal lengths and other settings, to showcase the effects available – that photographers will need to begin considering more than just how their shots look at a single point in time.

Computational photography – as one Nokia exec referred to it – is undoubtedly going to be part of the next generation of cameras.

The lingering question around Lytro is whether its approach of complex sensor technology will end up broaching the mass market, or if either software (as Nokia uses) or a more affordable software/hardware mixture (as the HTC One M8 relies upon with its Duo Lens system) will be “enough” to satisfy.