Lucid Motors has revealed the bevy of sensors its upcoming Lucid Air electric luxury car will be equipped with, as it paves the way for future autonomous driving capabilities. The Lucid DreamDrive system will consist of LIDAR, cameras, radar, and ultra-sonic sensors, in addition to extra driver-monitoring systems inside the vehicle, all in the name of either supporting the person behind the wheel or, eventually, replacing them altogether.

The Lucid Air, a four-door sedan aiming to take on not only Tesla’s Model S but luxury auto industry stalwarts like Mercedes, Audi, and BMW, will go into production from either late 2020 or early 2021. It’s intended to be the first vehicle to use the company’s DreamDrive suite, though Lucid intends to use it on future vehicles as well.

In total it’ll consist of 32 sensors. A long-range, high-resolution LIDAR laser rangefinder will be mounted at the front of the car, along with a long-range radar. There’ll be three front cameras and four short-range radar facing ahead, too. 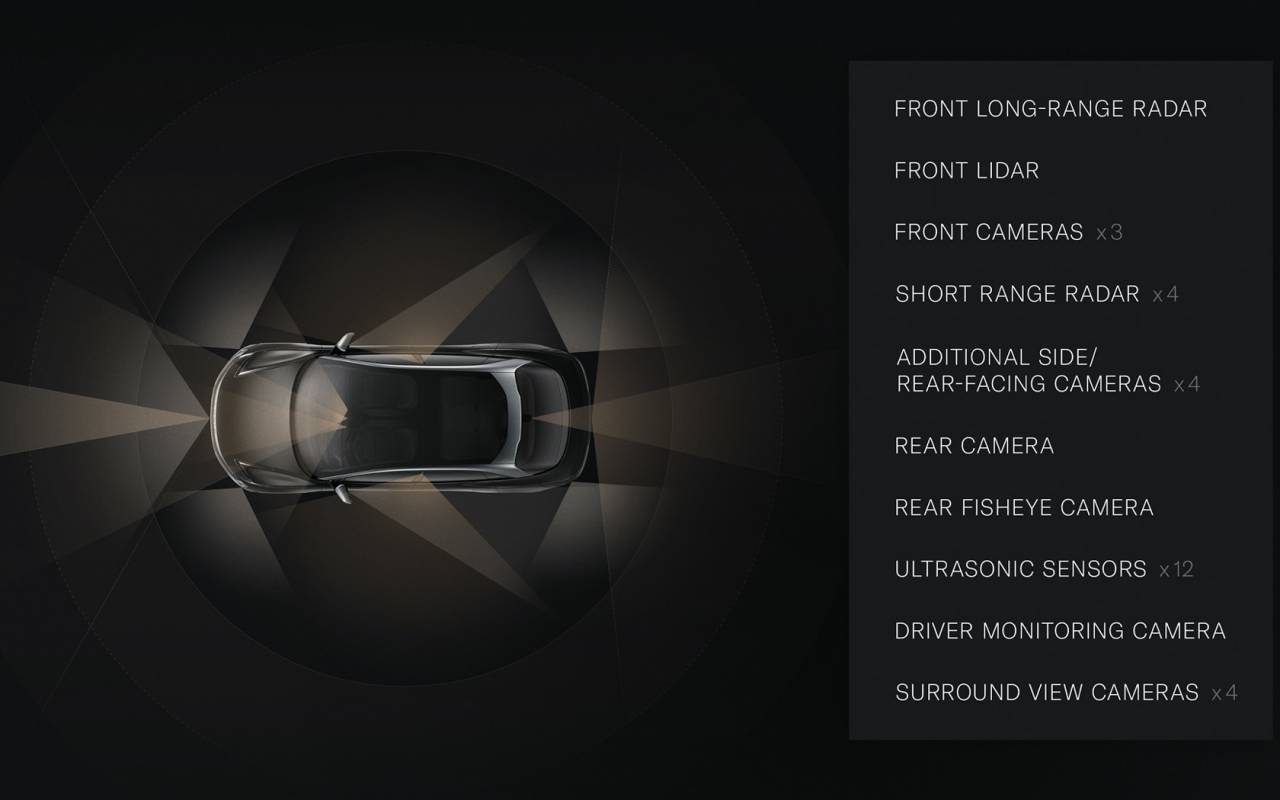 Four side/rear facing cameras will be installed, along with a primary rear camera and a second rear camera equipped with a fish-eye lens. There’ll be twelve ultrasonic sensors in total, and four surround view cameras giving a 360-degree perspective of the EV.

Finally, there’ll be a driver monitoring camera. We’ve seen automakers like Cadillac, BMW, and Ford use those to track attention in hands-free assisted driving systems, such as Super Cruise and the upcoming Active Drive Assist on the Mustang Mach-E and F-150 truck. They allow the car to track that a driver is paying attention to the road situation around them, even if their hands are not in contact with the wheel.

Lucid says that the DreamDrive site will be initially used for 19 different safety, driving, and parking assistance features that the Air will launch with. They’ll include things like adaptive cruise control with lane-keeping assistance, automated parking where the car can maneuver itself in and out of parallel or perpendicular spaces at low speed, and braking assistance should vehicles, cyclists, or pedestrians be encountered in the roadway. 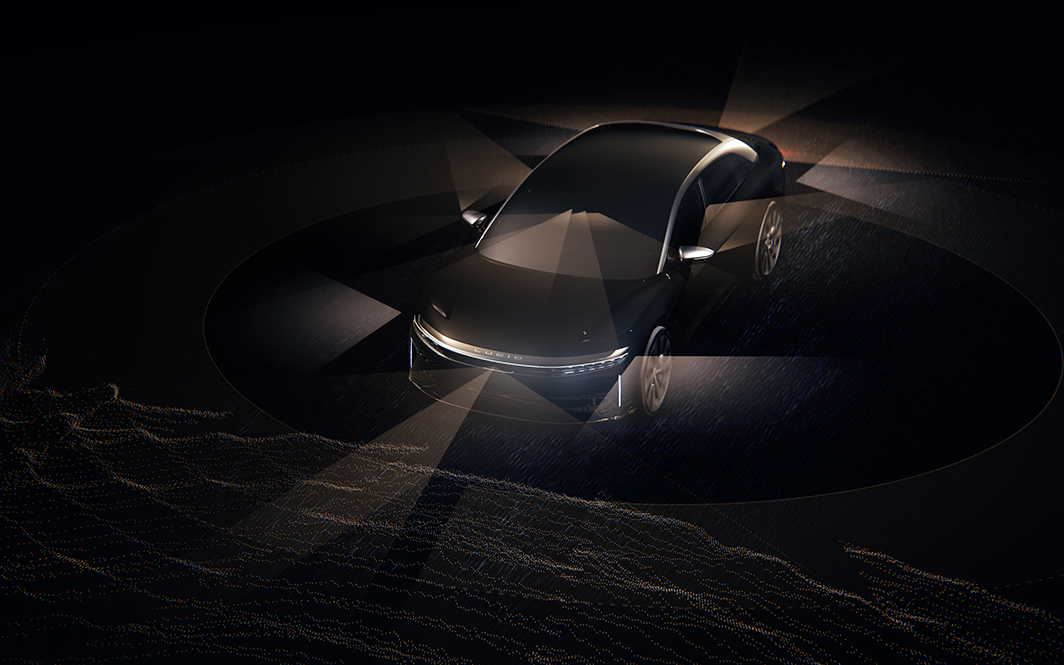 Beyond that, however, Lucid says it plans to add eight more features after that, via OTA updates. “Additional DreamDrive capabilities to enable Level 3 driving in certain conditions are also in development,” the automaker promises. Unlike Level 2 assisted driving, where the person at the wheel is responsible for the car even as the various technologies weigh in on things like speed, distance between vehicles, and lane-positioning, Level 3 allows the car to take over in select circumstances such as highway driving or in congestion.

Deciding just which combination of sensors comprises sufficient “future-proofing” for a vehicle that wants to one day ascend through the autonomous driving levels can be fairly contentious. LIDAR is still rare for production vehicles, given the cost of the sensors versus more available ultrasonic, radar, and camera technology. That has led some automakers – notably Tesla – to suggest that it’s not actually necessary for driverless cars. 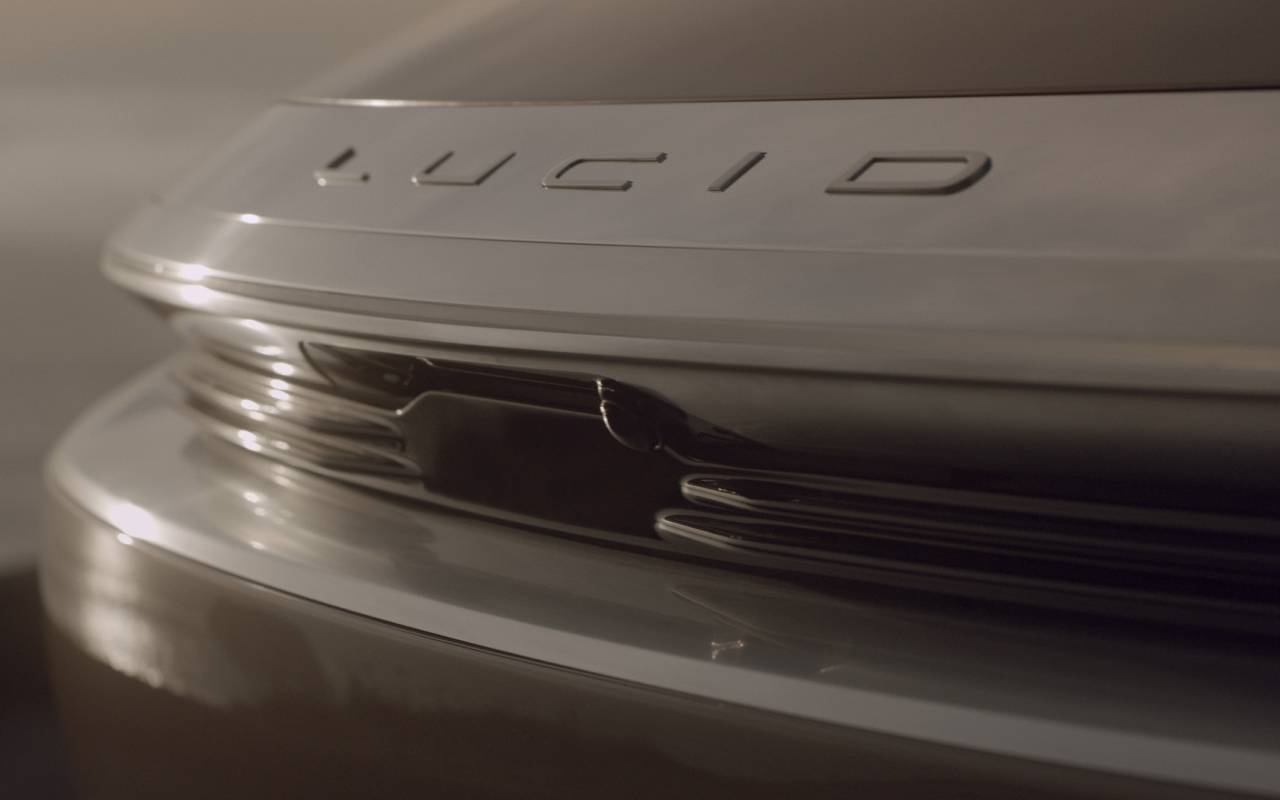 Lucid clearly doesn’t agree, and it has set up its EV architecture with the expectation that data-dense sensors like LIDAR will be onboard. The company’s so-called Ethernet Ring is the underlying electrical platform for the Air, linking systems like steering, brakes, and other modules, along with the redundant power sources and other fault-tolerant parts Lucid says will be instrumental in delivering a safe self-driving vehicle.

For DreamDrive, Lucid says it tapped the best of Tier 1 industry providers like HERE, Continental, and Bosch. The final integration, however, is all its own work, the automaker insists.

“We have ensured that the Lucid DreamDrive hardware and software platform not only offers a full suite of Level 2 features, but is also Level 3 ready, which means we’ll be able to quickly add features and functions over-the-air throughout the lifetime of Lucid Air and for future Lucid models,” Dr. Eugene Lee, Senior Director of ADAS and Autonomous Driving at Lucid Motors, says.

The production version of the Lucid Air is expected to debut on September 9, at which point we’ll see the final exterior and cabin designs and specifications. Pricing and trims will also be confirmed at the time. Lucid says it expects the first Air consumer cars to be delivered early in 2021.