Lucid Motors has finalized its EPA range rating, and it looks like Tesla does indeed have some serious EV competition when it comes to driving distance on a full charge. The 2022 Lucid Air Dream Edition Range is capable of going 520 miles on a fully charge, according to the official EPA numbers, making it the longest-range electric vehicle the the US government agency has ever rated.

EPA range numbers for both of those have been finalized today. The Edition Range will do up to 520 miles on a charge – or 125 MPGe combined – when equipped with 19-inch wheels. With the optional 21-inch wheels, total range drops to 481 miles, or 116 MPGe combined.

Of course, it’s worth remembering that while the Edition Range has 933 horsepower – still a ridiculous amount – the Edition Performance has a huge 1,111 horsepower. In short, performance of each isn’t going to be an issue.

The EPA also weighed in on range ratings for the 2022 Lucid Air Grand Touring, which will be a more affordable version of the car. That will be capable of 516 miles of driving when equipped with 19-inch wheels, or 131 MPGe. With the 21-inch wheels, you’re looking at 469 miles, or 121 MPGe. 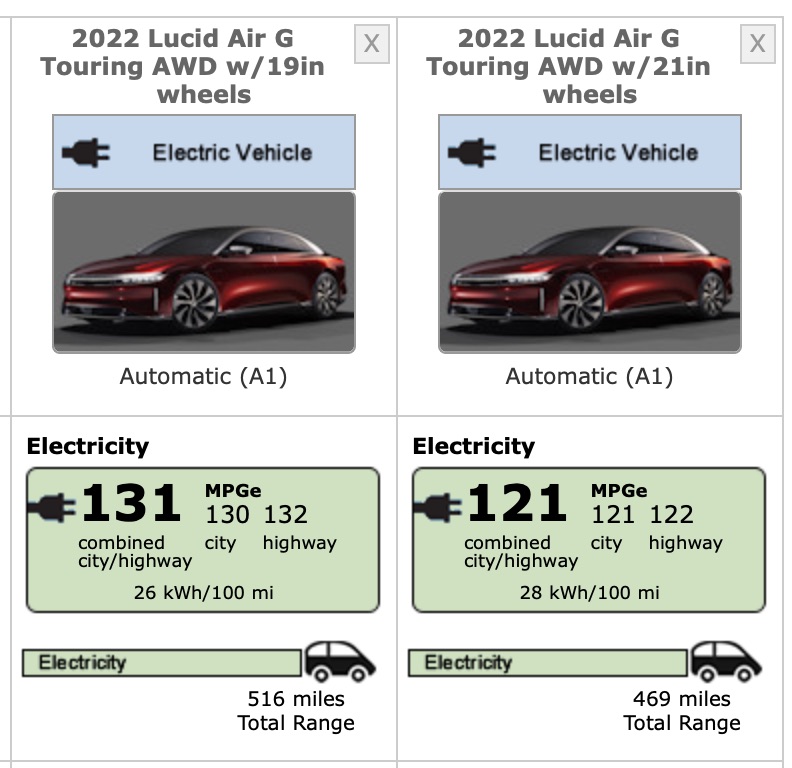 Lucid had long been promising huge range figures, but it’s notable just how impressive these numbers actually are. Tesla has long been the automaker to beat when it comes to the distance you can drive on a charge in your electric vehicle, but these Air numbers push upstart Lucid well ahead. The Tesla Model S Long Range, for example, is currently EPA-rated at 405 miles.

There are, certainly, other factors to bear in mind. Tesla has the Supercharger network, of course, the private charging infrastructure being a huge wildcard when it comes to actually topping up a battery. Lucid Motors, in contrast, won’t have its own network of chargers as such; instead, it will partner with other providers, such as Electrify America, in the hope of simplifying the process of finding a nearby DC fast charger. 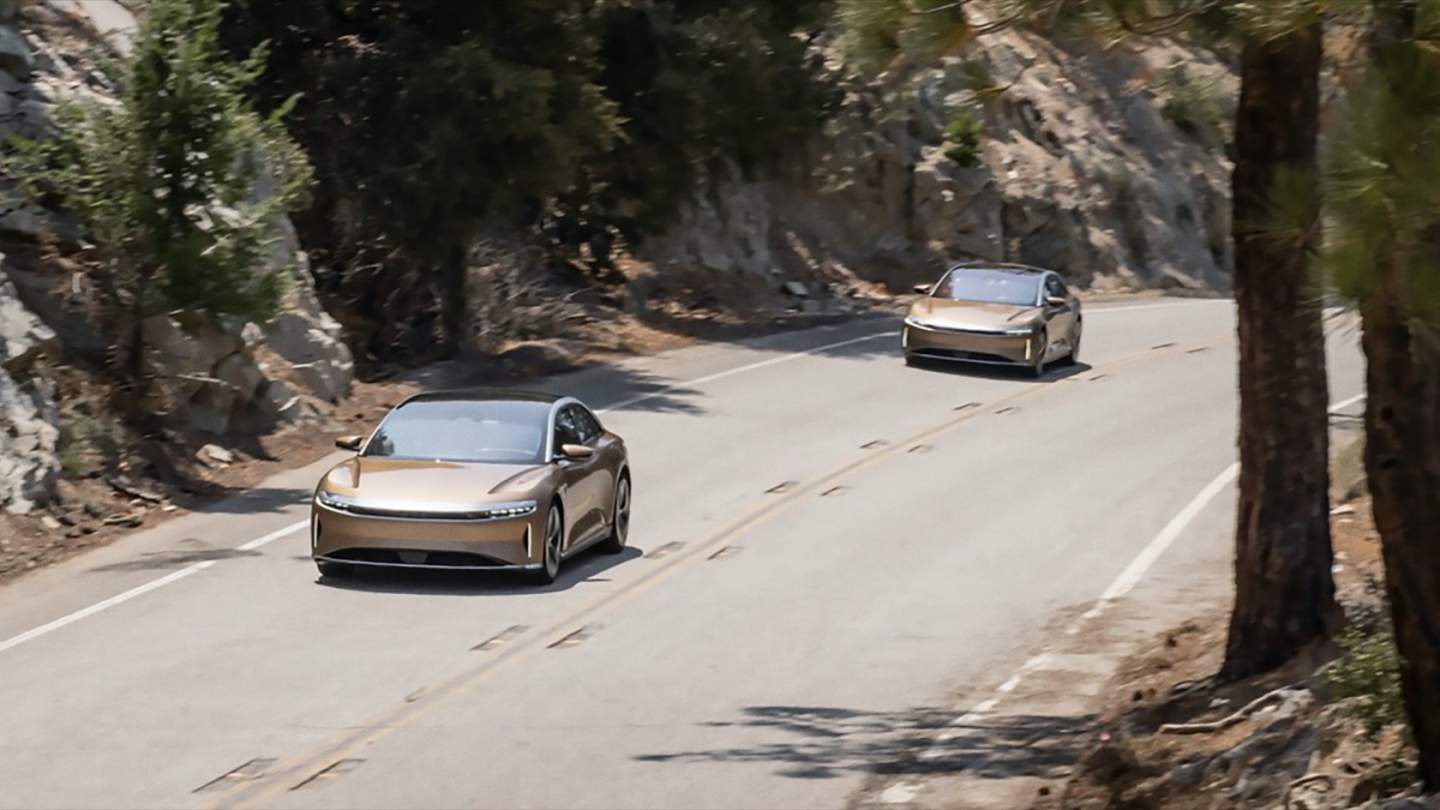 What also remains to be seen are how the more affordable versions of the Air shape up with their range figures. While the 2022 Air Dream Edition Range now sits at the top of the EV tree for total driving on a charge, you pay handsomely for that privileged position. Sticker price for both Dream Edition models is $169,000 – potentially $161,500 after the US federal tax credit – while the Grand Touring starts at $139,000 before incentives and credits. Deliveries, Lucid says, should begin later in the year.