Lucid Motors may not be quite ready to fully reveal its new Air EV, but today it’s pulling back the curtain on what makes the luxury electric sedan run. Back when the car was first revealed in prototype form, Lucid certainly wasn’t short on hyperbole about horsepower and speed. Now we get to see just how much of that hype can be delivered on.

On paper, it’s certainly impressive still. Lucid developed its own electric drivetrain, including the compact drive units it says are the smallest and most powerful ever. The Lucid Air will have two of them, at least to begin with, for all-wheel drive. 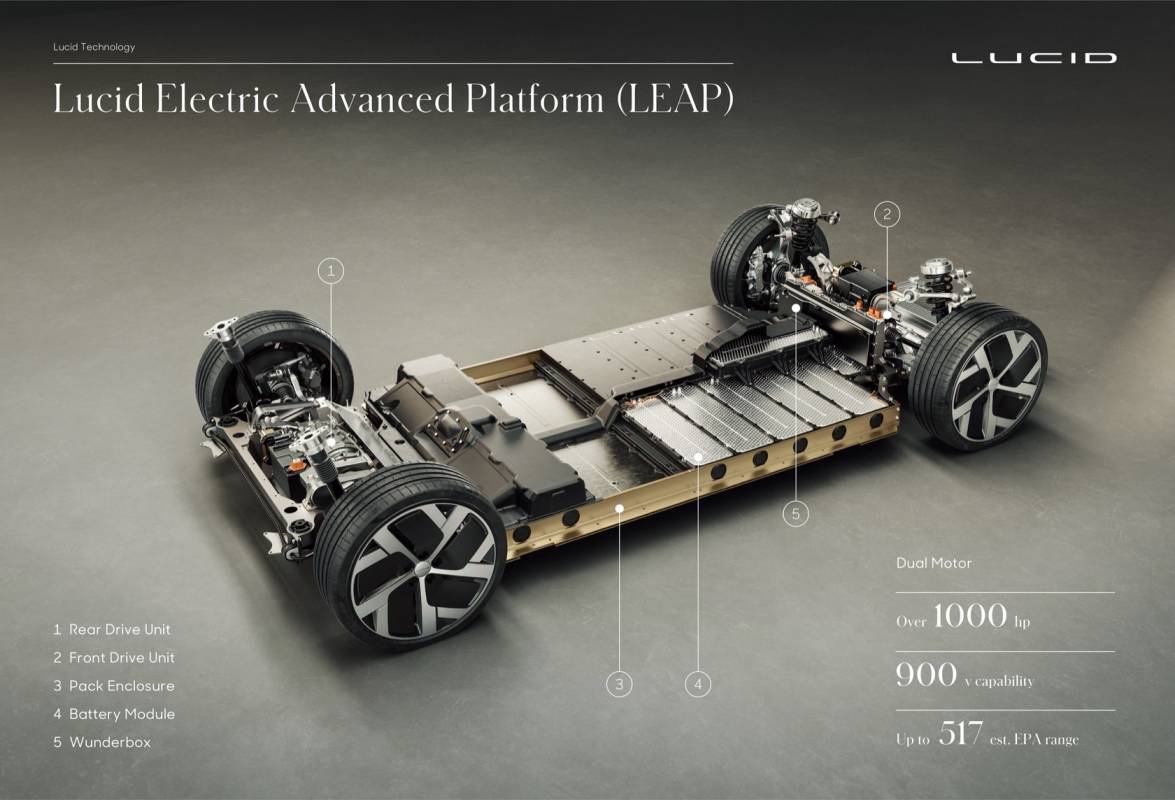 Each drive unit is capable of more than 650 horsepower, Lucid says. That means the Air AWD will have up to 1,080 hp available, and be able to do a quarter-mile in 9.9 seconds “on a consistent, repeatable basis” according to the automaker. With its extended range battery, meanwhile, Lucid says you should be able to do up to 517 miles of EPA-estimated driving.

The permanent magnet electric motors are combined with an inverter, along with an integrated transmission and differential, and the resulting package is apparently small enough to fit on your carry-on luggage. They weigh 163 pounds, and Lucid claims they’re 45-percent lighter and up to 59-percent more powerful compared to the motors of “the closest competitor.” 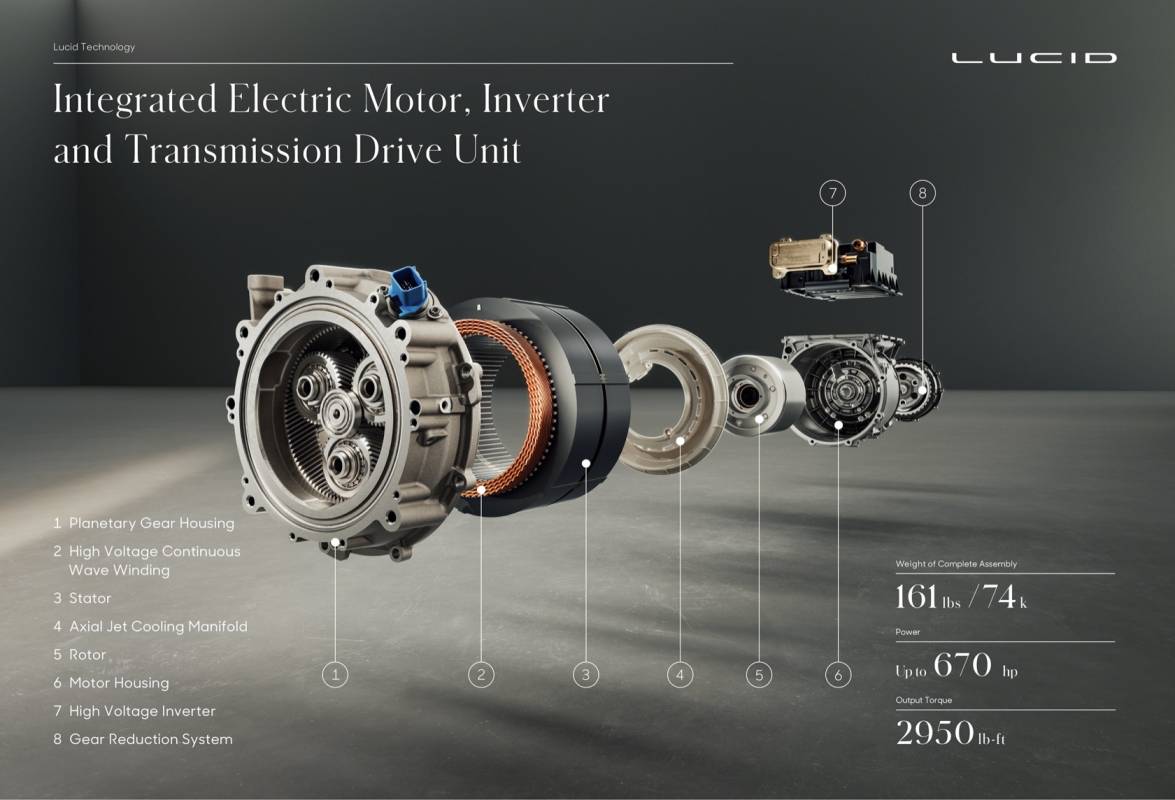 It’s a 900V+ system, for efficiency, but it’s the size that could end up being Lucid’s wildcard. Although the Air will initially arrive in dual-motor all-wheel drive form, Lucid has plans for more options than that. You could have a single-motor Air for rear-wheel drive only, for example, potentially being more affordable and boosting range.

Or, you could drop in three of the electric motors, for even more performance. It’s part of what Lucid is calling the Space Concept vehicle design approach, and it’ll form the basis not only of the Air but of future vehicles from the company too. 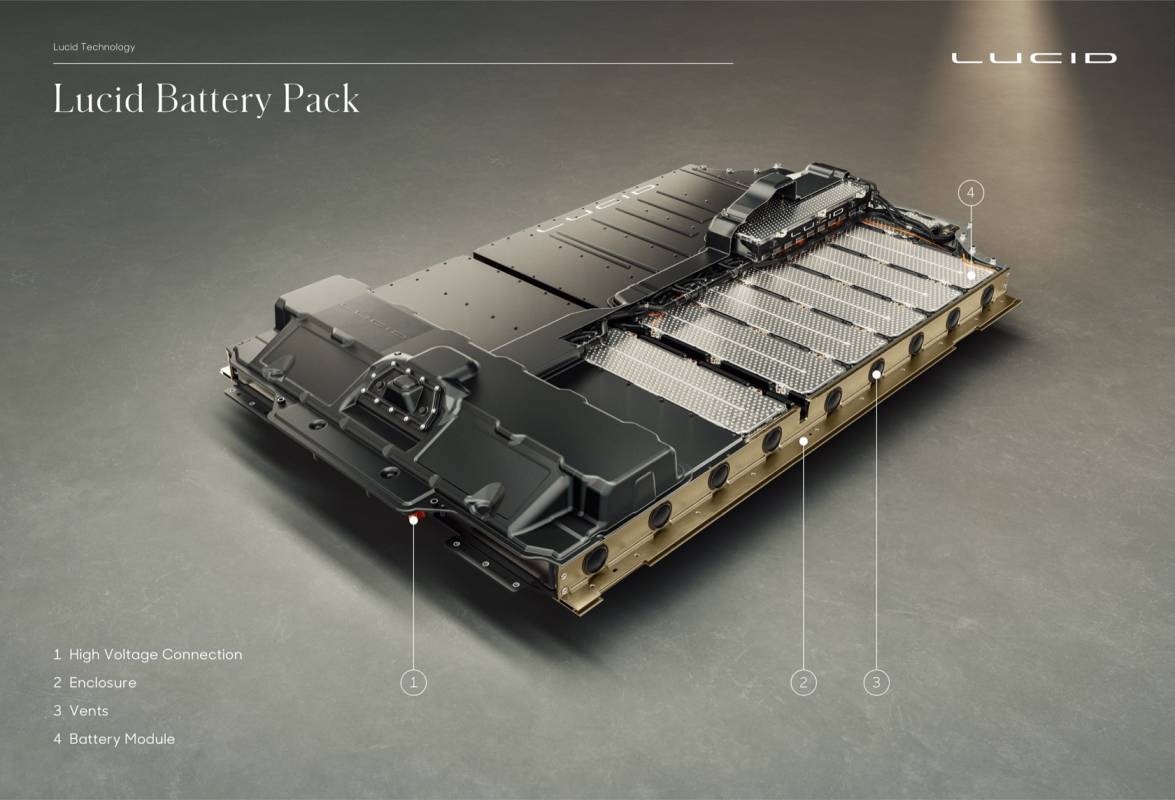 As for charging, we already know that the so-called Lucid Wunderbox onboard charging unit will work with anything from a 110V domestic AC outlet through to DC fast charging. Figure on up to 20 miles of range in a minute, if you’re plugged into the latter, or up to 300 miles should you be able to spare 20 minutes. If you’re using the Electrify America network, which Lucid partnered with a couple of years back, charging up your Air will be free. 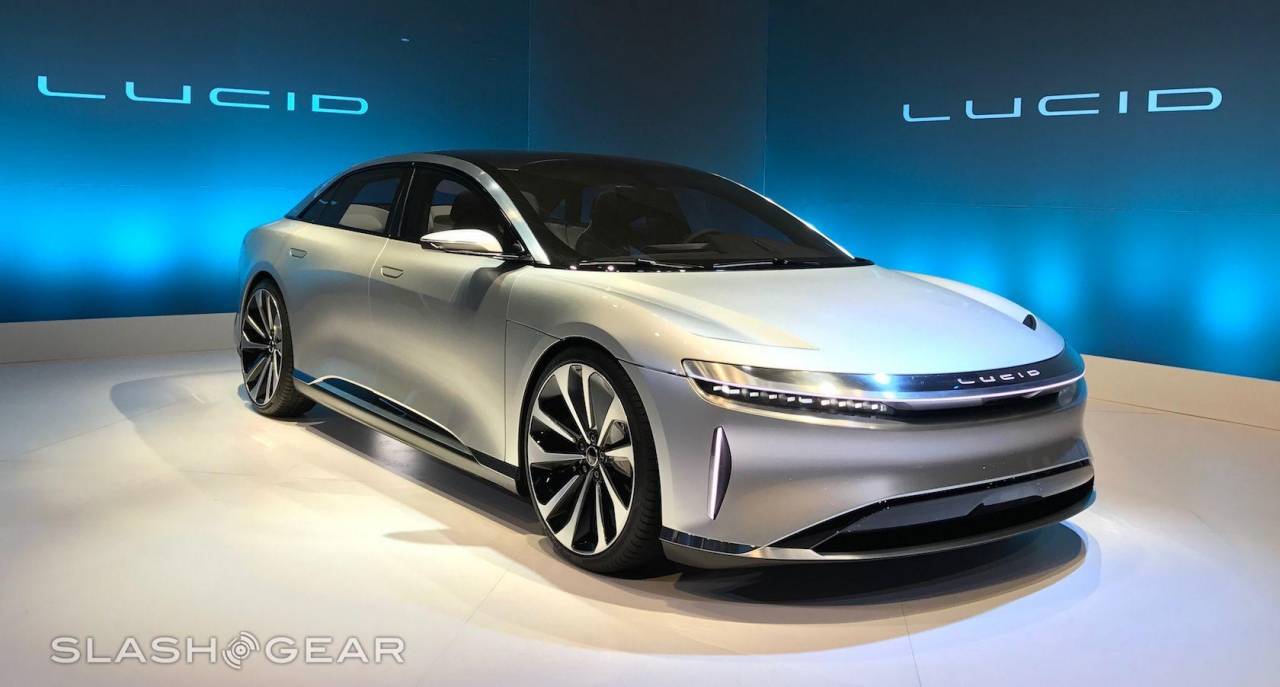 The 113 kWh extended range battery isn’t just shaping up to be handy when you’re on the move, either. Lucid is also pushing V2G and V2V – vehicle to grid and vehicle to vehicle – charging, so that the Air can act as a portable power supply for a building, or even top up another EV.

We’ll find out more about the Air next week, when the car makes its full debut on September 9.